Why the McGregor vs. Cerrone fight boils down to the mental game

If you grew up in the early 2000s, then chances are that tucked away in your many bootleg MP3 files was a catchy hit which reasoned that success in the hip-hop game boils down to “10% luck, 20% skill, 15% concentrated power of will, 5% pleasure, 50% pain, and a hundred percent reason to remember the name.”

Forget for a second that the math doesn’t quite add up. Mike Shinoda and the Fort Minor crew were on to something with that whole 15% stuff. Success in any endeavor, whether it’s the arts or athletic competition, requires the right kind of mindset to push you through setbacks and adversity until you ultimately reach your goal. This weekend’s Ultimate Fighting Championship (UFC) main event between ‘The Notorious’ Conor McGregor and Donald ‘Cowboy’ Cerrone will be the perfect example of that.

We could talk all day about the skill comparisons. In one corner is McGregor, the rangy southpaw with a potent left hand and adept counter punching, whose weaknesses include wrestling, questionable cardio, and old men who don’t think much of his whiskey brand. In the other is Cerrone, the exciting fan favorite with quick combinations and slick submissions, who will take any fight no matter how last-minute but has shown a tendency to wilt when the stakes are high and the body shots are plenty.

Yes, there are enough technical nuances to both fighters that damn near guarantees this will be an exciting bout. More than their skills, though, it might just be the mental game that decides the winner.

In mixed martial arts’ (MMA) short history, no star has shone brighter nor risen as fast as McGregor’s. Once a plumber by trade who relied on government assistance to get by, the then-aspiring fighter dreamed big, using the law of attraction to get him through tough times. In later interviews, he spoke about driving his beat-up old car through the streets of Dublin, all the while imagining himself cruising down American streets in a Bentley. Like Notorious B.I.G. thinking back to his one-room shack, the Irishman didn’t let his bleak reality dissuade him from pursuing his goal of becoming a world-class athlete. 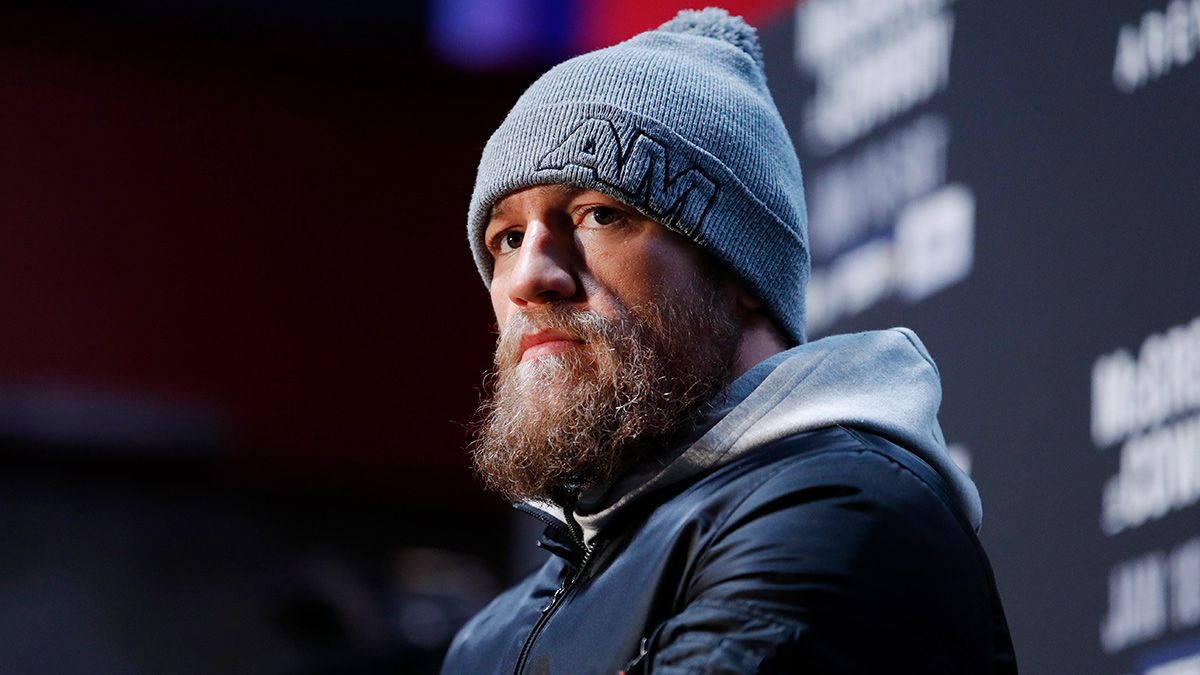 In just a few short years, McGregor went from possibly becoming another washed-up dreamer to headlining the second-biggest pay-per-view fight in history, and in doing so left an indelible mark on the sport. Watching his rise from contender to champion and global superstar, whether you were a fan or not, always felt as if you were seeing a spectacle you couldn’t afford to miss. Before fights, he would trash talk his opponents with meme-worthy soundbites, earned the nickname ‘Mystic Mac’ by predicting the outcome, then delivered under the bright lights.

He was flashy and brash in and out of the cage, donning crips suits and increasingly expensive watches. He tore through the featherweight division, dethroned the long-time champ in a handful of seconds, split a pair of memorable fights with Nate Diaz, took the lightweight strap, then faced off against Floyd Mayweather in a boxing ring, adding millions upon millions to his bank account in the process. His ambition seemed odd to many; he didn’t care about becoming the next Anderson Silva or Georges St. Pierre, dominating a single division until father time caught up with him. Never mind that critics knocked him incessantly for never defending his belts. Instead, he was always chasing something more, something bigger.

Then, his troubles began. There was the bus incident which injured several fighters and landed him in hot water with American authorities. Then there was the heated, racially driven trash talk against Khabib Nurmagomedov, which led to a massive brawl in the aftermath of his fourth-round submission loss. After that came the altercation where he took a fan’s cell phone and smashed it on the ground. Months later, video footage surfaced of him striking an elderly man in a Dublin pub. On top of that, there are the still-unclear sexual abuse allegations. In the two-and-a-half years since he faced Mayweather, McGregor’s rap sheet has become worthy of its own rap song, albeit a different kind. 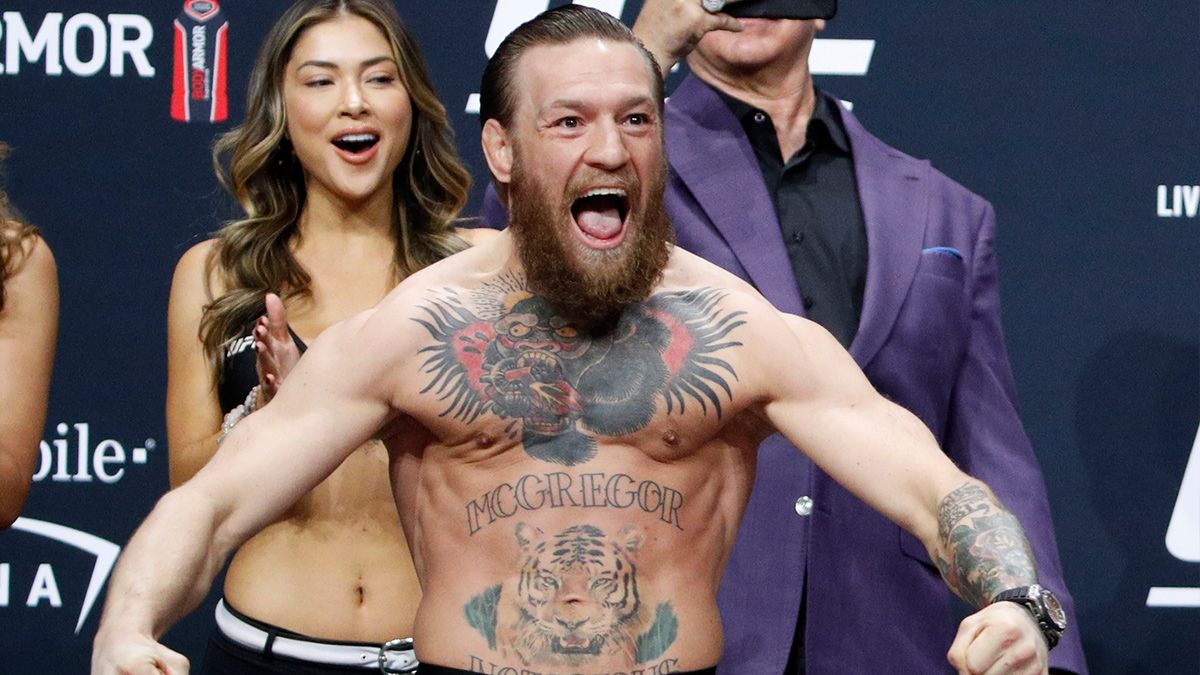 So the McGregor we’re faced with now isn’t the same head-in-the-stars dreamer with nothing to lose who took the world by storm. Instead, we have the classic tale of the professional athlete whose wealth and stardom have perhaps gone to his head, knocked down a peg or two by the ramifications of the real world. In the lead-up to this fight, the man who once proclaimed that he does whatever the f*ck he wants has been conspicuously quieter, his demeanor replaced with an uncharacteristically humble attitude towards his opponent—his signature venom on the mic replaced with praising words like “respect,” “you’ve earned it,” and “nice coat.”

His Instagram is filled with sports cars and private jets. He wears everything from Rolex to Patek Philippe, and can afford enough bespoke suits to fill his entire mansion. He’s soared to the highest of highs in professional sports. He owns his own whiskey brand. But in this, his lowest-profile contest since before he won UFC gold, we have a McGregor that’s maybe looking to win the fans over once again.

The question is, will this meeker mentality work in his favor? The success that McGregor attained was done through sheer will to succeed and be exceptional. He was driven by the singular and then-unattained goal of becoming the most recognized and lucrative face of MMA. He knew what he wanted, obsessed over his vision, and worked tirelessly with that single goal in mind. 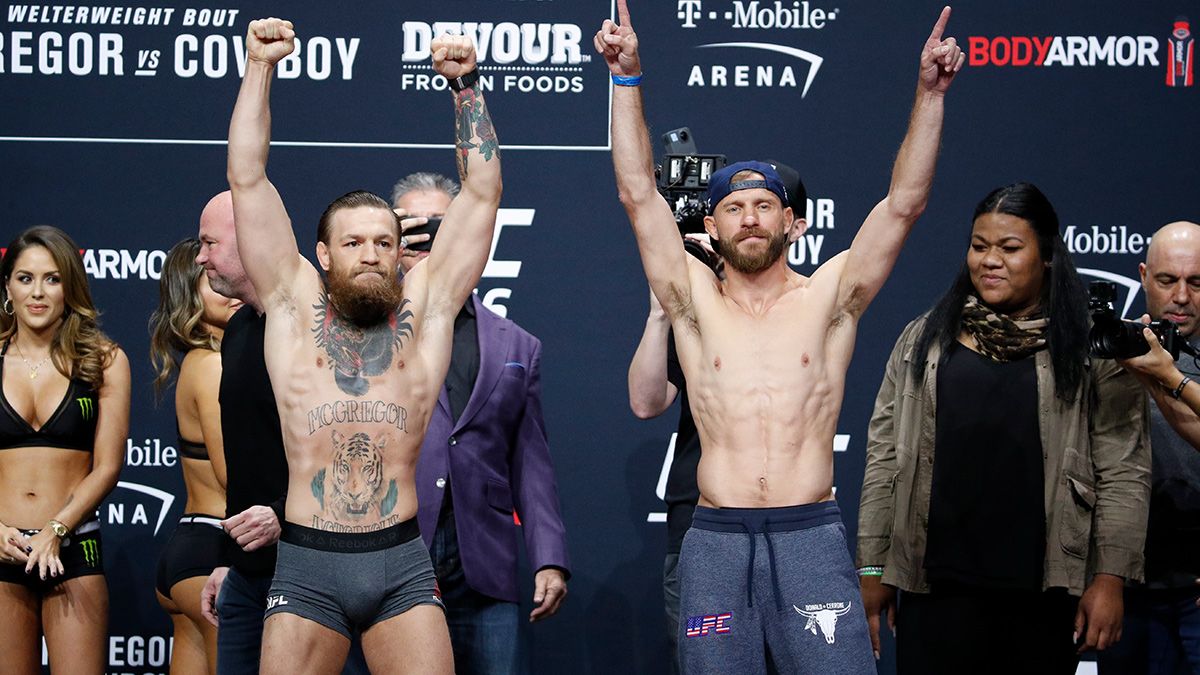 Now? He’s a rich man with a family, legal troubles, business ventures, and a tarnished image. WIth all these distractions, does McGregor have the hunger and the drive to succeed as he once did? Or has driving his Bentley down American streets one too many times, raising all kinds of hell along the way, dulled his edge?