Netflix docu-series 'Cheer' shows cheerleaders as they really are: warriors

Hands on your hips.
Smile on your lips
Spirit in your heart.
We're ready to start.

I was a cheerleader in high school, and while watching Cheer on Netflix, I realized that I, too, had met many people like the ones you'll see in the docu-series.

Often, cheerleaders are thought of as beauty queens — the pretty and popular bunch. But there’s more to being a cheerleader than just waving pompoms by the sidelines. 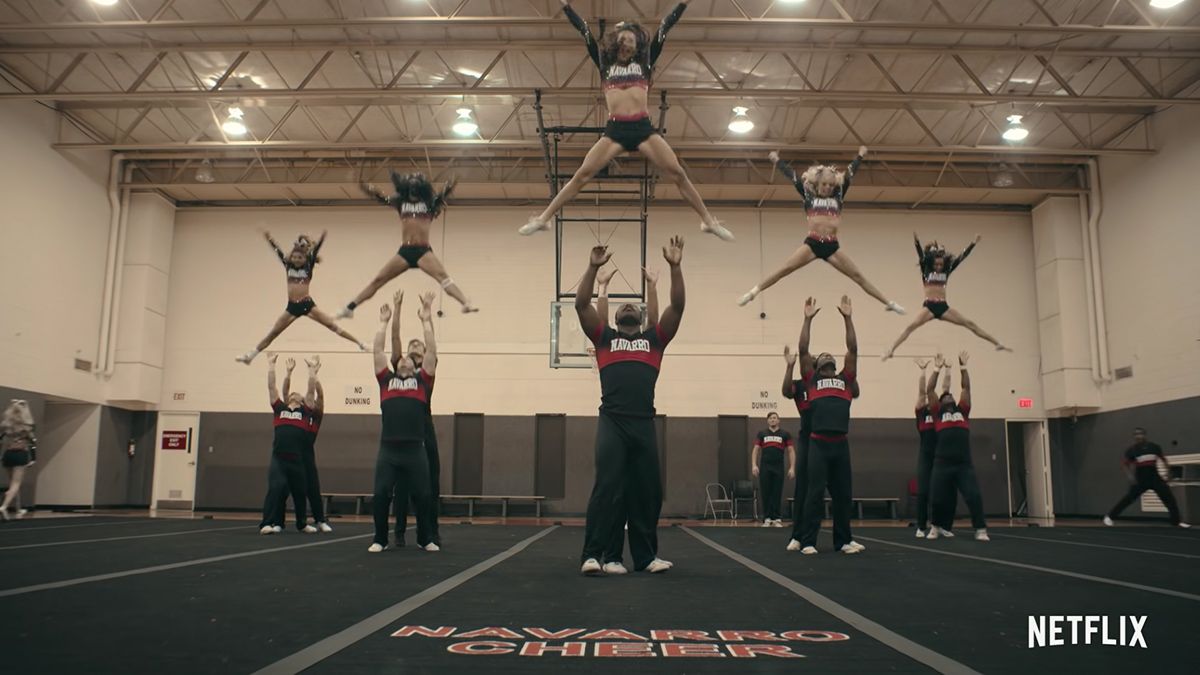 Directed by Greg Whitely, the show features the Navarro College cheer squad, a humble group from Corsicana, Texas. Led by the seemingly steely coach Monica Aldama, they take on the daunting task of defending their crown in Daytona Nationals, one of the most anticipated cheer events worldwide.

Behind these smiling faces and glittery outfits are a bunch of kids with problematic pasts — kids who were bullied and were once bullies, kids whose homes are nowhere to be found, kids for whom being part of the team was their only refuge, with a coach as a surrogate parent.

It’s a much-needed image correction for cheerleaders everywhere. But it’s also a profound insight into both the grueling reality they have to endure as athletes, and the things that are never seen on the mats — their day-to-day personal struggles. 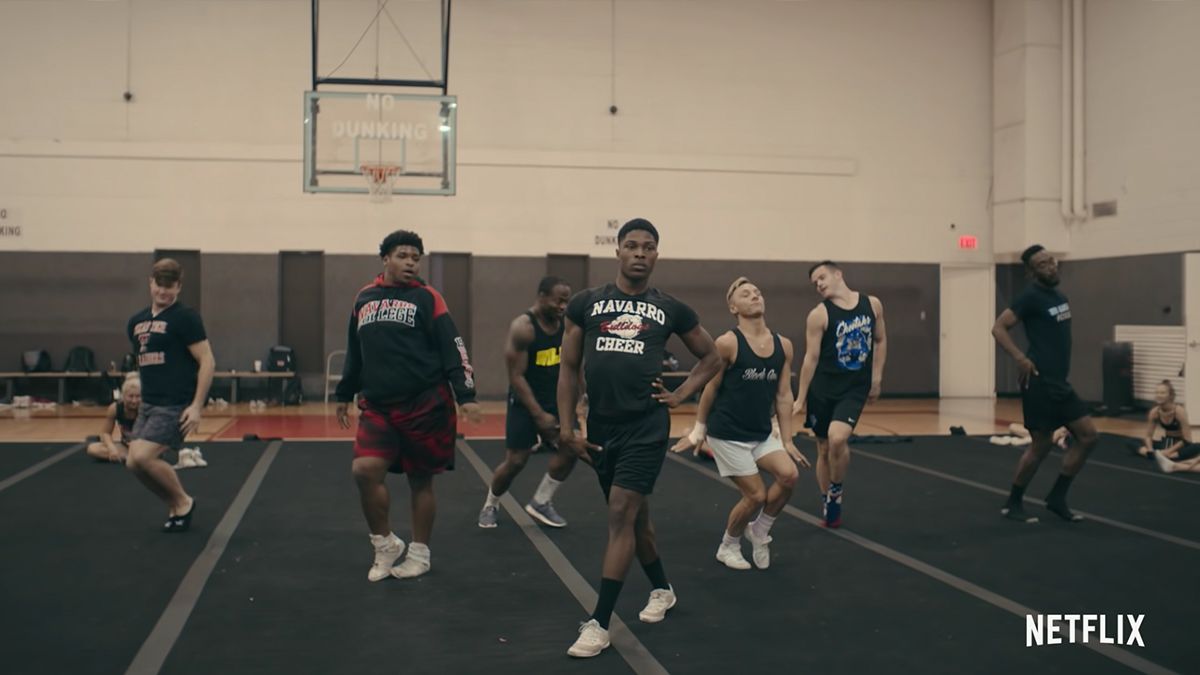 Of course, what is a squad without its mix of characters both similar and distinct.

La’Darius Marshall, one of the team’s top-gun tumblers (that is, stunt lifter and tumbler), is someone who loves attention, owning the stage whenever he’s on it. But Cheer reveals that he’s had a tough past; his mother went to prison, and it was difficult for him to grow up as a gay kid with three older brothers. So he channels all that in his attitude. In his words, he's all about “being bad and owning it”.

Then there’s Houston-native Lexi Brumback, who's eager to reset her life. She’s a talented tumbler, a self-styled outcast who has dropped out of school and almost went to jail. She struggles to find her place in the all-star group, but slowly finds her footing with the help of Monica and his obliging teammates like Jerry Harris. 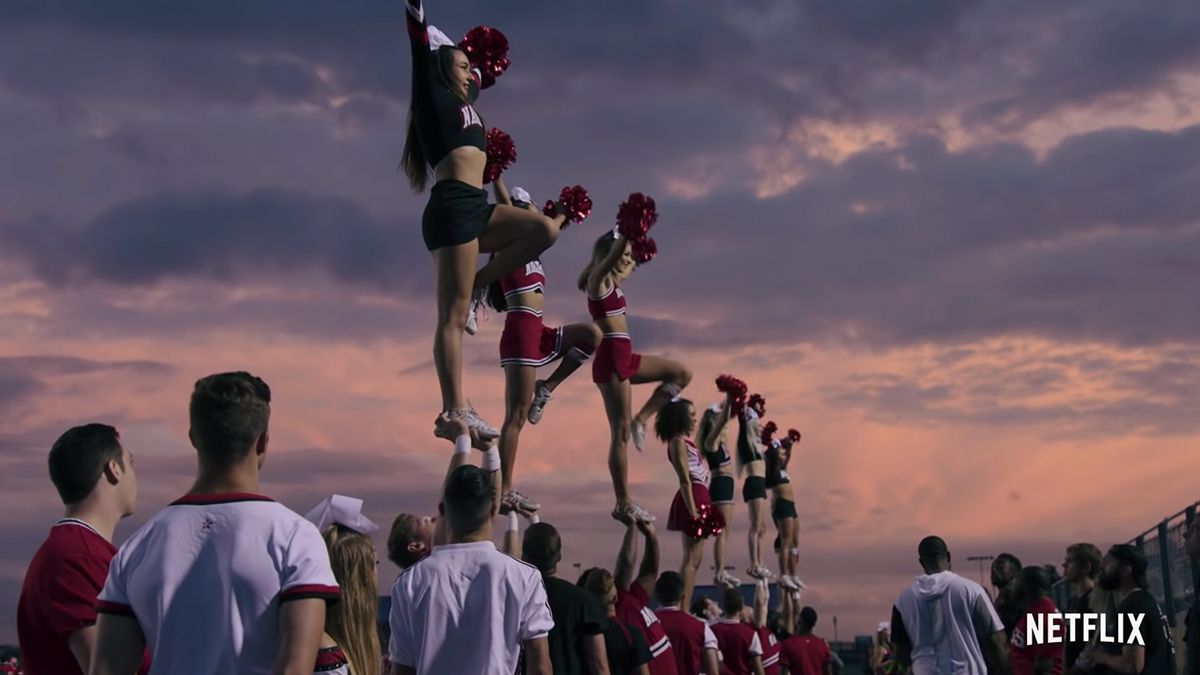 Meanwhile, stunt-lifter Jerry is just like they describe him: the heart of the team. He’s gay, hefty, and bubbly, whose contagious laugh can hide the fact that he lost his mother, the only family he had, at a young age.

Also, there’s Gabi Butler, the "cheerlebrity" I used to watch on the Internet. Cheer shows how fame and its emotional baggage took its toll on her mental health. Just like everyone else, I used to think Gabi had a perfect life.

Finally, there's Morgan Simianer, a rookie in the world of cheer who's lucky to have made it past the tryouts. She's sweet and very much eager to master the fundamentals of cheer. It’s all she has, after all. Morgan was abandoned by her parents in a trailer truck with his older brother during her early teenage years. 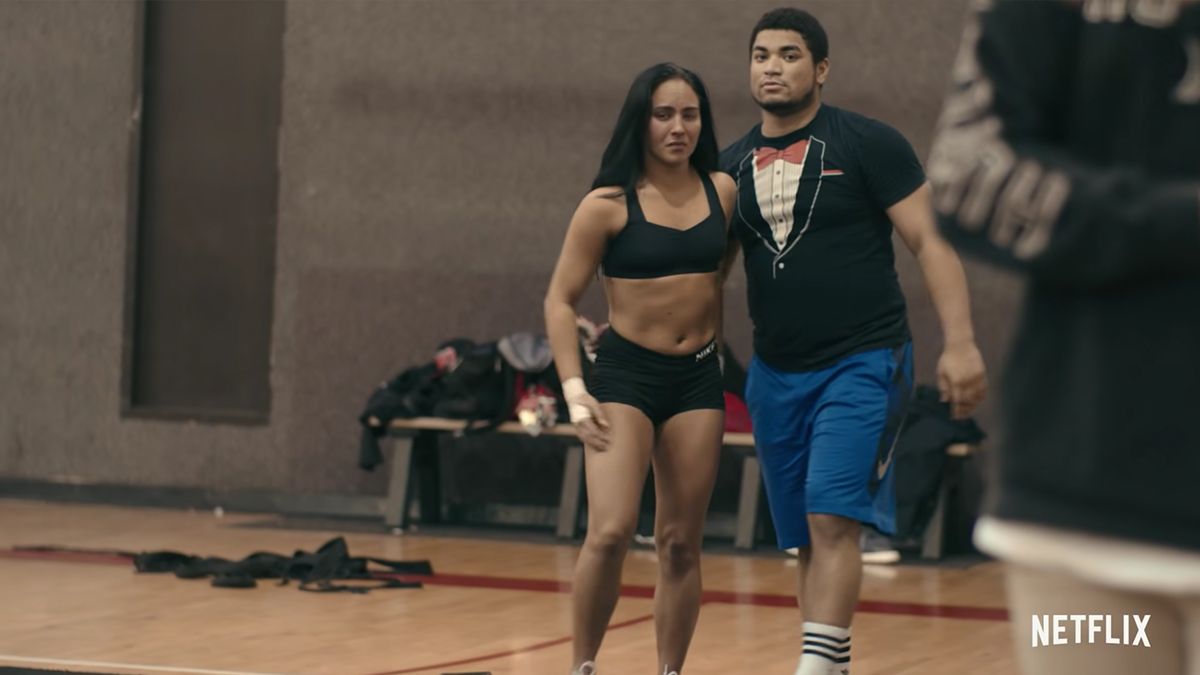 Only 20 out of the 40 members of the team will make it to the official lineup — or in cheer terms, the “mats.” More than facing other teams in competition, sometimes it’s the battle among themselves and the self-doubt that can be even more difficult to hurdle.

Theirs is a struggle that doesn’t end in the four corners of the gym.

Flyers have to maintain a weight. Tumblers and lifters need to shape up. Honing your skills will become an inseparable part of your life. There will always be somebody on your tail, somebody who can replace you if you fail.

The documentary shows the technical elements of a single cheer routine: the dance, jumps, stunts, tumbling passes, and the heart of the routine, the pyramid. It takes years of mastery to build chemistry between two different groups — first, your small-scale stunt group, composed of a flyer and lifters, and then the whole 20-man team, coming together for a rousing two-minute performance. 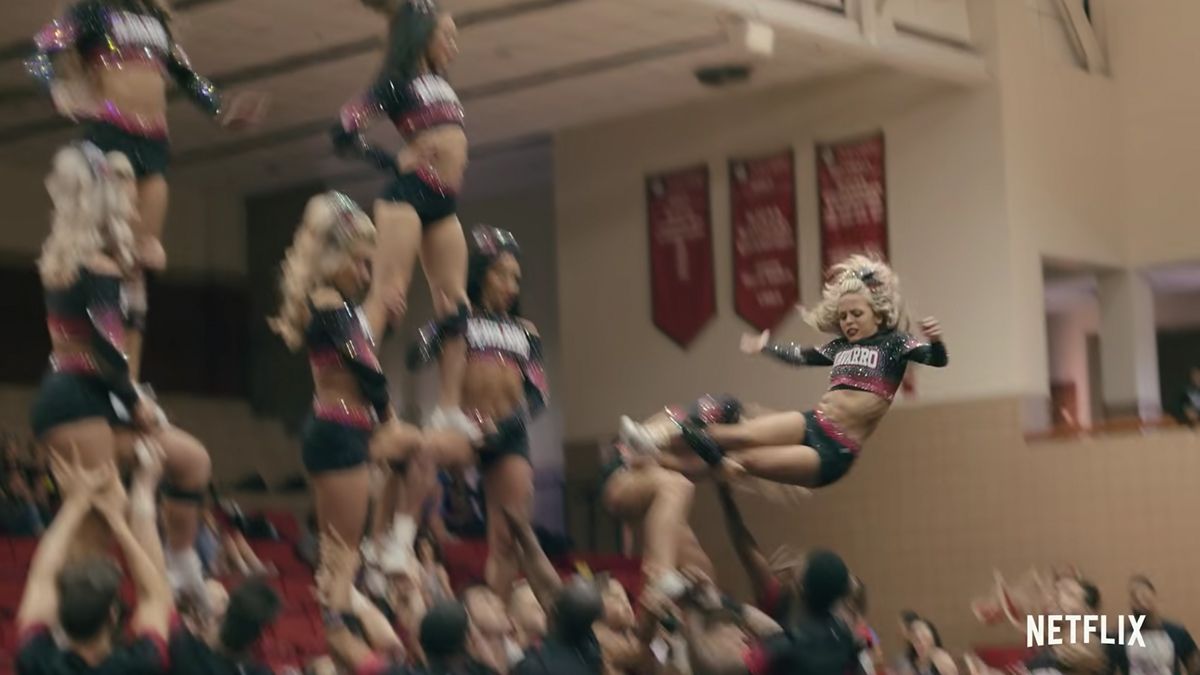 Every member is as important. Each is a different piece of a whole puzzle.

Here, the camera zooms in on the grueling reality of facing multiple injuries. The sports is, after all, one of the most dangerous contact competitions out there. This what makes the pressure on the Navarro College squad to win its 14th National Championship in 19 years doubly intense.

There’s a term in cheer called “hitting zero”, which calls for total mastery of routine, as if it's knitted into the collective's muscle memory, until there are zero mistakes and deductions. With their injuries adding up days before Daytona, the journey becomes that much tougher for the team, especially on Coach Monica.

And results will always come at a cost. What's sadder is, there will always come a day when the journey will all be over. Unlike other athletic fields, there’s no professional league available for cheerleaders to continue their sports after high school or collegiate cheer. 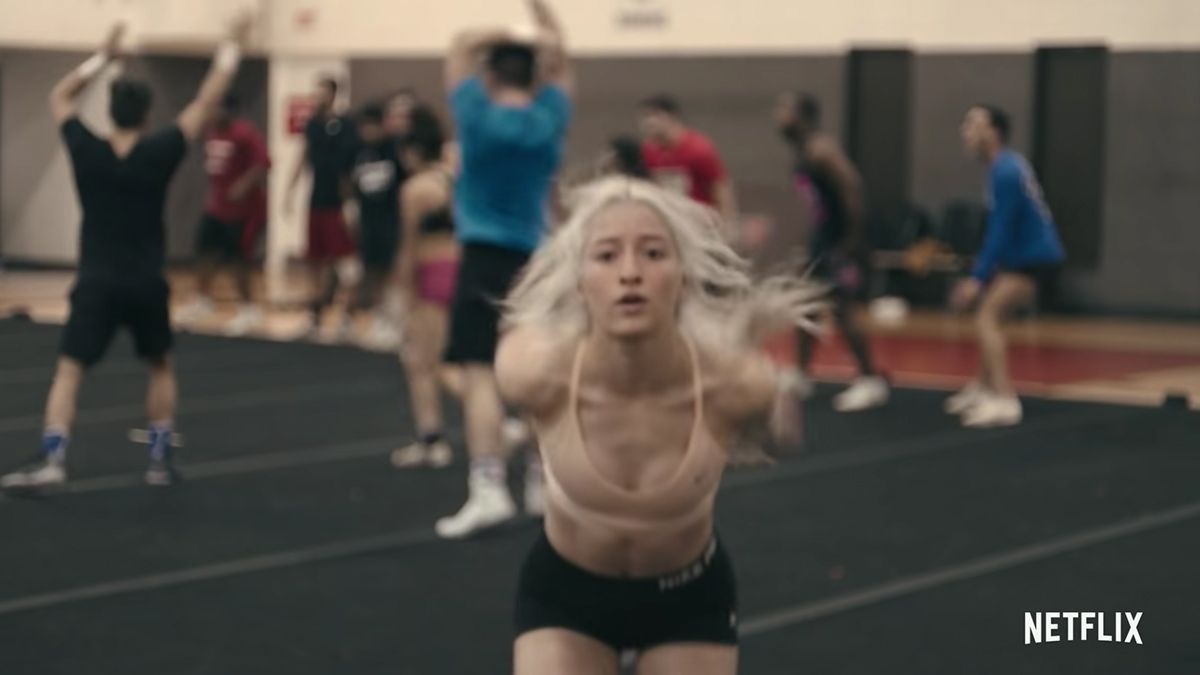 What's inspirational is, the Corsicana cast is determined to forge a life after cheer.

As a former high school cheerleader and now a sports journalist, I found that comfortingly relatable. Coming from a broken family, the sport, more than anything else, taught me accountability and real lessons to help me shape the future I've always wanted for myself.

Cheer also taught me self-discipline — that I had to follow a set of rules while I discover things on my own, like an effective technique to a common stunt, for instance.

Many people in the world of cheer see it as something more than a sport. It’s an outlet where they can belong. I had teammates who almost dropped out of school, teammates who never excelled anywhere else except on the mat. I’ve been with people who had nothing else but their pep squads. I even had teammates who were so committed to the sport that, even if they were academically challenged, worked hard to bring up their grades because if they didn’t, they would be kicked out of the team. 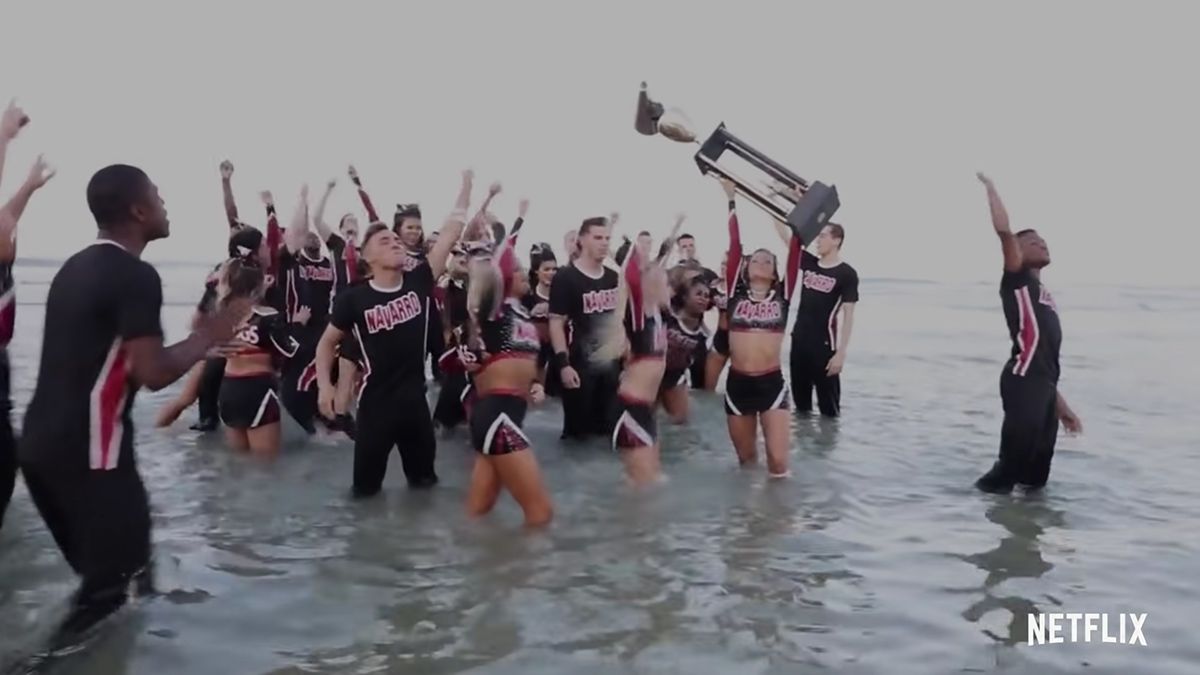 But as the Navarro squad shows, even problematic kids can be victors in the end. Giving life to the group's warrior spirit is what makes Cheer a phenomenon to me.

It reminded me that, at one point in my life, I was somebody who reached the top and was part of something. That's enough validation to push yours truly toward more discoveries. And more opportunities to reach the highs of hitting zero in other facets of my life.