SAM Abueva, wife of suspended PBA player Calvin, broke her silence on Saturday night to expose how her husband badly treats her and their children.

The mother of four, through Calvin’s Instagram account @calvinabuevaofficial, shocked netizens with her revelations, posting screenshots of CCTV footage of Calvin’s alleged abuse and answering questions from their followers about the issue.

After a series of Instagram stories, Sam went live and, not holding back, shared their traumatic experience with the Kapampangan cager. 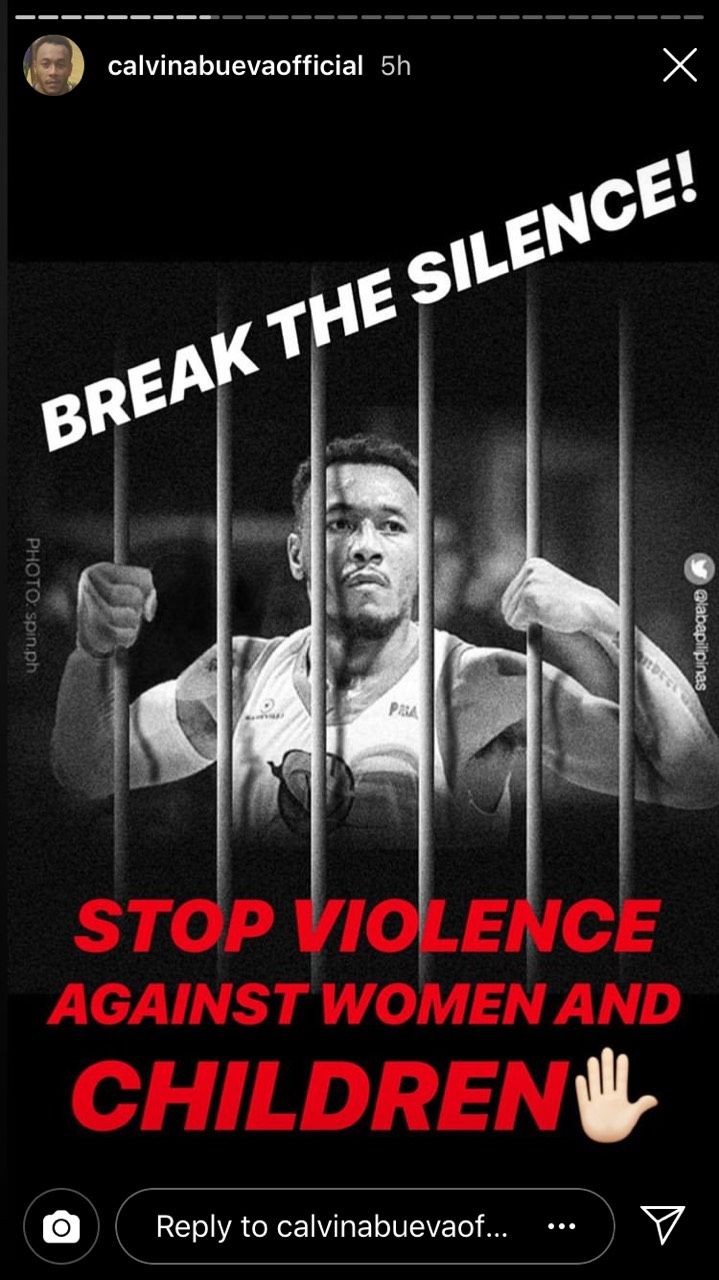 Sam bared that early this month, she had a major fight with Calvin, which resulted in her getting rushed to the hospital.

Sam clarified that although she has kept things to herself for the longest time, she could no longer hold it in especially with their children getting involved. 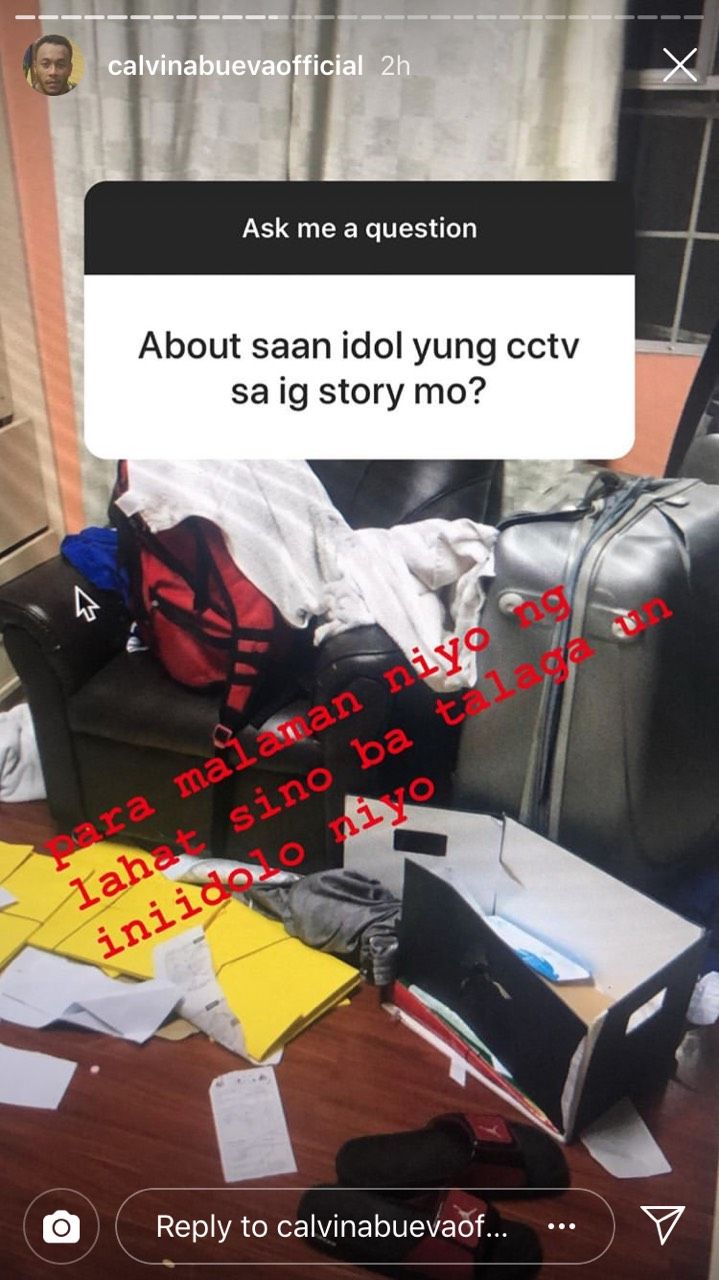 On the infidelity issue, Sam challenged Calvin to prove his claim of her having an affair with another man before saying that it was him who has been hiding from two women who he allegedly got pregnant.

Sam ended her 14-minute live video with a strong message to Calvin. 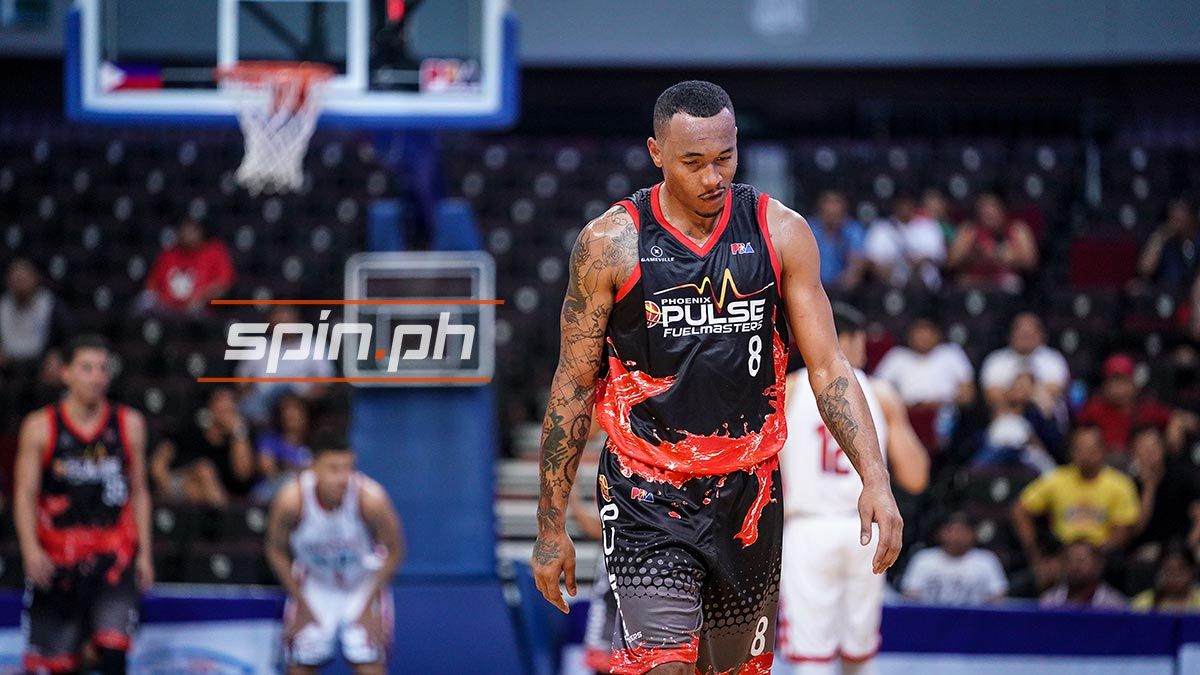 Sam and Calvin met in 2010 when the both of them were college students at San Sebastian.

Over the last two months, Calvin has been in the headlines for all the wrong reasons. He is currently suspended indefinitely and fined for P70,000 for two separate incidents.

He was slapped with a P50,000 penalty for the clothesline against TNT import Terrence Jones, and he was also been given a P20,000 fine for a verbal altercation and obscene gestures against a fan, Blackwater rookie Bobby Ray Parks Jr.’s girlfriend Maika Rivera.

As if those were not enough, Abueva was again in the news for playing in a barangay league on July 21.

On Friday, Games and Amusement Board (GAB) chairman Baham Mitra threatened to revoke Abueva's license permanently over the two incidents.