SUBIC BAY, Zambales — The Borlain Sisters accomplished a rare triathlon hat-trick as they swept their respective age categories in the 2016 Alaska Ironkids held at Subic Bay Freeport on Saturday.

Samantha Borlain, the eldest of the three, topped the 13-14 year-old girl’s category while her sister Tara finished first in the 11-12 age group, and youngest sister Franchezka, 8, was the fastest in the 6-8 age group.

Samantha and Tara even reportedly encountered problems with their bikes during the first transition of the 400-meter swim, 12 km bike and 3 km run course, but managed to make up for lost time in the bike and run stages.

The sisters, along with all first place finishers at Remy Field, were awarded with all-expense trips to Cebu to compete in Ironman Cebu this August.

Their father Ringo, a former competitive bodybuilder and current national team coach, was naturally pleased with the feat of his daughters who he personally trained. But he was quick to point out that he would have been happy regardless of their finish as long as his girls enjoyed the experience.

“Number one you have fun. Always you have to have fun. If it’s not fun let’s not do this,” he told SPIN.ph after the race.

That aspect was evident with the way they supported and cheered for each other during the entire race, until the last sister crossed the finish line.

“They help each other by pushing each other,” explained their mom Caroline.

“They have this inner desire. I don’t know where they got it… bata pa lang sila ganoon na,” added Ringo. 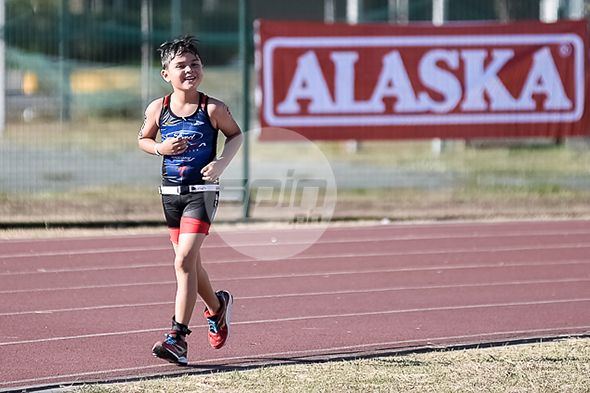 The proud dad also noted that it was his daughters who asked to be trained, but they all agreed to establish a healthy balance between training and their studies. In return, her daughters have rewarded their father's trust with good grades, with grade averages of at least 90.

This commitment to sports, studies, and family make the Borlain sisters a fine example to follow for young triathletes. No wonder they've also been featured as the Alaska Aces’ official muses during the opening of the 2015-16 PBA season.