BANGKOK — Hong Kong's leader Carrie Lam says the territory is ramping up testing, especially for workers at the busy international airport and caregivers at homes for the elderly and disabled.

Lam said on Tuesday that tests would be increased from 4,500 to 7,000 daily with both the government health department and university laboratories taking part.

Hong Kong has gone several days without new local infections, but a recent family cluster has increased concerns about those who show no symptoms passing the virus on to others, something the authorities hope can be remedied by increased testing.

Speaking to reporters at a routine morning briefing, Lam said a decision would soon be made on whether to extend social distancing rules set to expire on Thursday. If they are maintained for another two weeks, they would be in effect during the annual commemoration of the June 4, 1989, crackdown on pro-democracy protests in Beijing that is routinely marked with a rally and march in Hong Kong.

A Mother's Day march by the opposition camp was banned last week with critics saying the government was seeking to use social distancing measures to squelch political gatherings and free speech.

A densely populated city of more than 7 million people just across the border from mainland China, Hong Kong has recorded just 1,055 COVID-19 cases and four deaths. 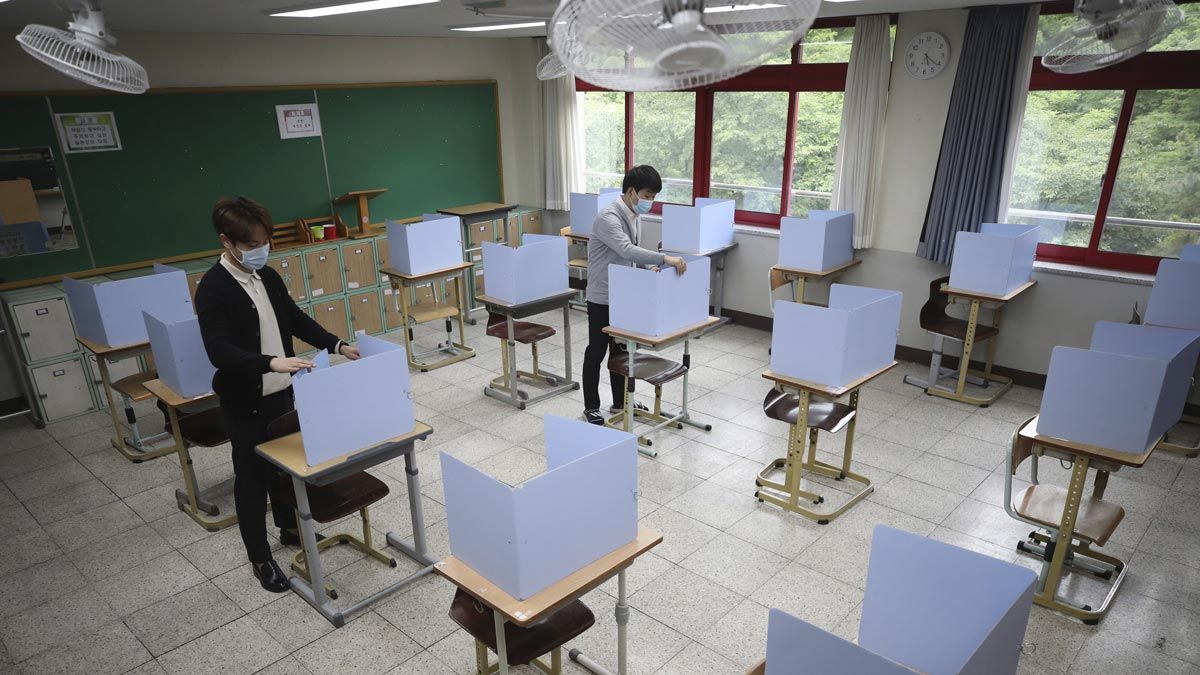 Teachers check dividers on desks in a class on Tuesday ahead of school reopening at Junghwa Girls High School in Daegu.

SOUTH KOREA SCHOOLS TO REOPEN: South Korea has reported 13 fresh cases, a possible sign that a recent outbreak in the capital area is stabilizing, as officials prepare to reopen schools.

Nine of the new cases were from Seoul and nearby regions, where dozens of infections have been linked to clubgoers who went out in early May as the country began relaxing social distancing measures. 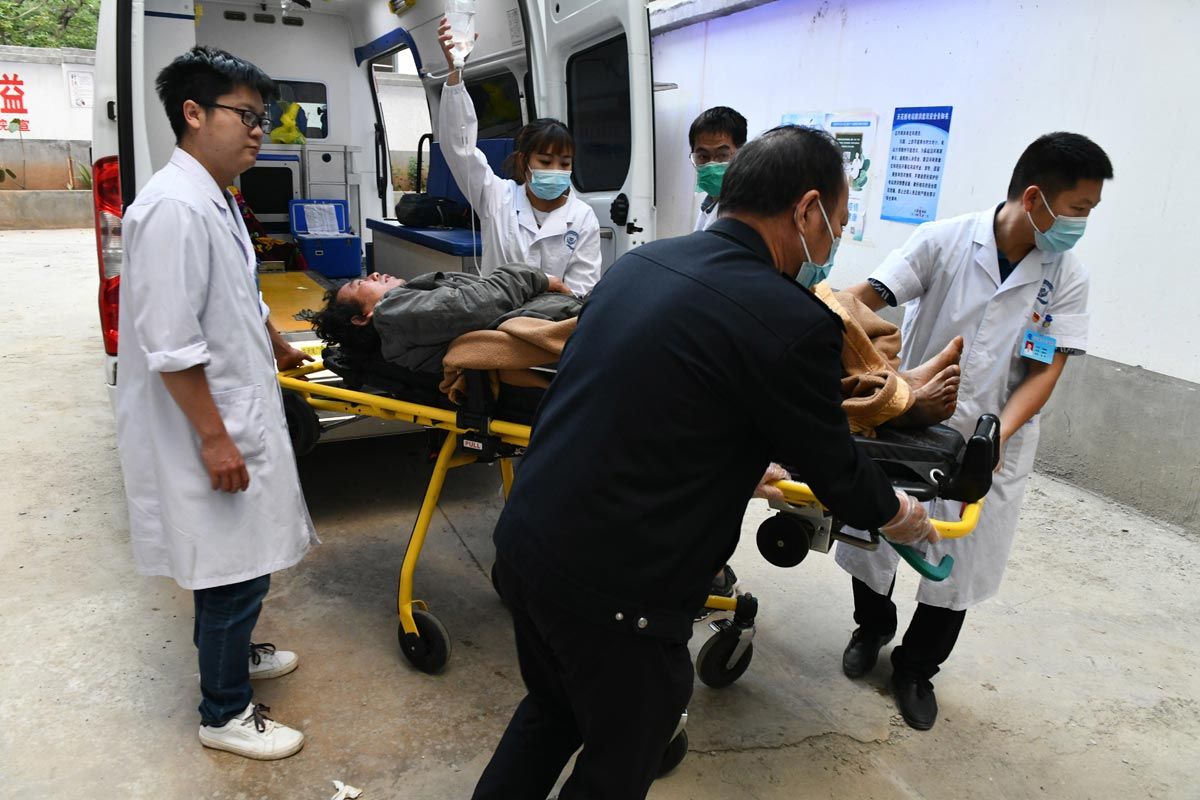 In this photo released by Xinhua News Agency, medical staff transfer an injured person after an earthquake in Qiaojia County of Zhaotong, southwest China's Yunnan Province on Tuesday.

Three of the new cases were listed as imported. Two were registered as local infections in Jilin province, and another local case was identified in Hubei province, where China's outbreak was centered. Authorities in Hubei carried out nucleic acid tests on more than 1.5 million people between May 11 and May 17. More than 72.5% of tests were administered in Wuhan, where authorities plan to eventually test all 11 million residents as part of safeguards against a second wave of virus cases.

Wuhan and surrounding cities in Hubei accounted for the bulk of China's reported 82,690 cases and 4,634 deaths from COVID-19. Xi's appearance via video link at the World Health Assembly on Monday came amid finger-pointing between the US and China over the pandemic, and the World Health Organization bowing to calls from most of its member states to launch an independent inquiry into how it managed the response to the coronavirus.