BEIJING — China on Sunday reported five new cases of the coronavirus, as the commercial hub of Shanghai announced the restart of some classes and airlines revive flights.

Of the new cases, two were imported and three came from the northeastern province of Jilin that has seen a small spike in infections of unknown origin.

In Shanghai, students retain the option of continuing to follow classes online rather than facing virus testing and social distancing measures at schools. As in Beijing and other cities, Shanghai has already restarted classes for middle and high school students preparing for exams.

No new deaths have been reported for the past month, but Jilin added one fatality retroactively, bringing China's total to 4,634 out of 82,947 cases recorded since the outbreak was first detected in the central city of Wuhan late last year.

Just 86 people remain hospitalized for treatment of COVID-19 while another 519 are in supervised isolation for showing signs of the virus or having tested positive without displaying symptoms.

The commission is placing a new emphasis on bio-safety, management of laboratories and training of personnel, Guo said.

Meanwhile, the number of domestic flights has returned to 60% of pre-outbreak levels, exceeding 10,000 per day for the first time since Feb. 1, the country's civil aviation regulator reported. 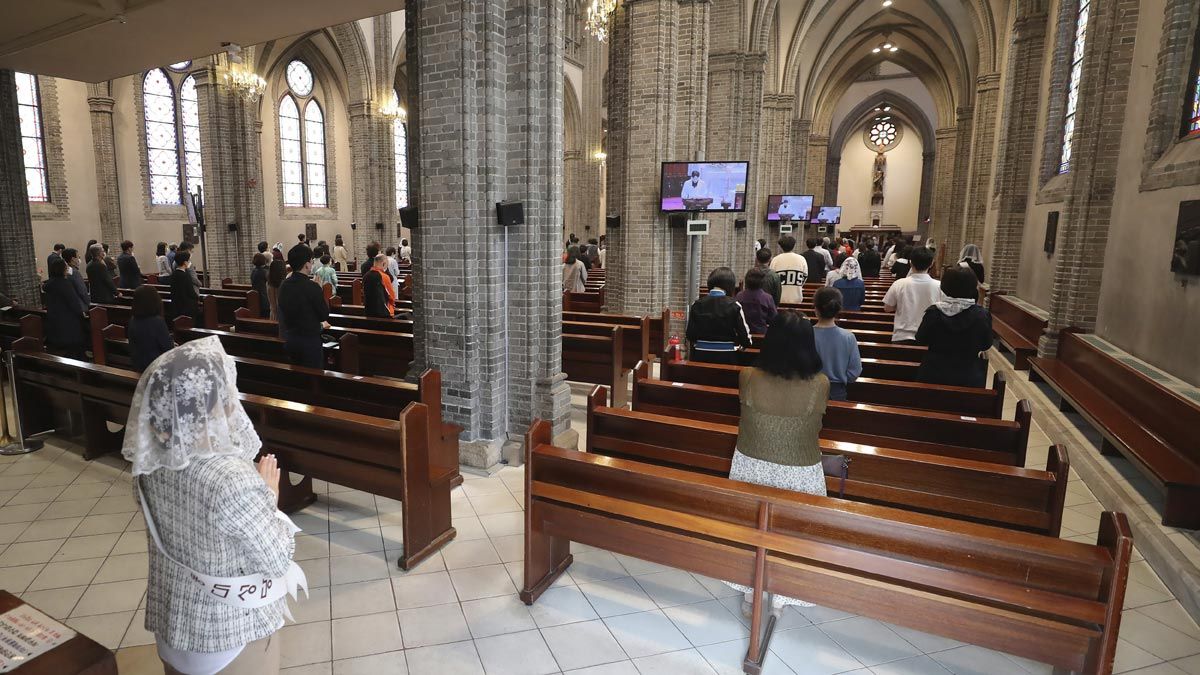 13 NEW CASES IN SOUTH KOREA: South Korea reported 13 new cases of the coronavirus, raising hopes that a new outbreak linked to nightclubs in Seoul may be ending. The additional figures bring the national tally to 11,050 with 262 deaths. The agency says 17,660 are still being tested for the virus. After weeks of slowdown, South Korea's daily jump marked an average of about 30 cases for several days, mostly associated with nightclubs in Seoul's Itaewon entertainment district. The daily increase dropped to 19 on Saturday.

OPERA FOR QUARANTINED AUSSIES: Opera singer Jane Ede will perform Monday for the first time since the coronavirus pandemic forced the cancellation of live shows, but in an unusual location. Ede, Opera Australia's principal soprano, will join several other musicians for about 450 guests who have spent two weeks in government-ordered hotel quarantine after returning from overseas. The audience, on their last night in quarantine in the downtown Sydney hotel, will be able to watch the courtyard performance from their balconies, or on their in-room TVs or devices. "It's really just to sort of bring everyone together and it will be quite an uplifting concert to sort of have a moment of connection and celebration before they end their quarantine," Ede said. For the soprano, who has starred in productions of The Marriage of Figaro, La Boheme, Don Giovanni and Falstaff among many others, it will be her first live performance since March. "It will be lovely just to have a really good sing again," Ede said. 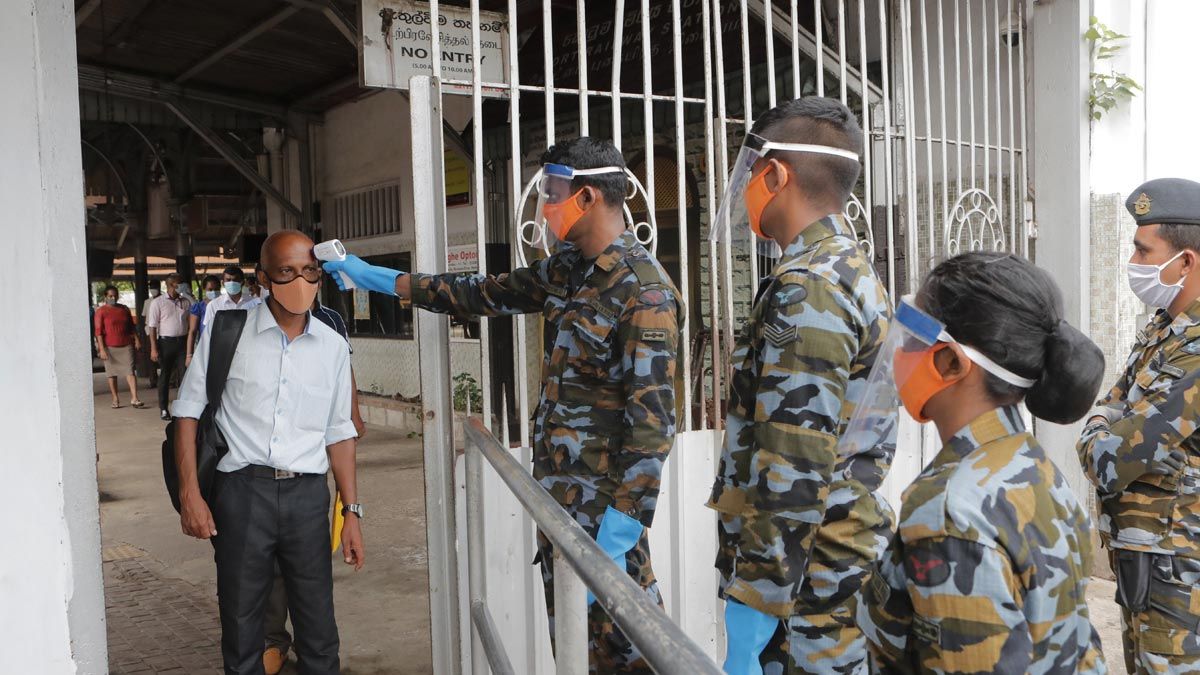 Sri Lankan soldiers check body temperature of commuters who return to work at a railway station in Colombo.

SRI LANKA REIMPOSES WEEKEND CURFEW: Sri Lanka reimposed a 24-hour curfew this weekend even though the government has begun easing the two-month coronavirus lockdown. Private businesses and government offices reopened last week. However, on midnight Saturday, authorities again slapped a 24-hour curfew in an apparent move to restrict people's movements during the weekend. The curfew is expected to be relaxed on Monday morning. Health authorities say COVID-19 is under control in the Indian Ocean island nation. A total of 960 cases have been confirmed, along with nine deaths.