Does League of Legends anime 'Arcane' live up to the hype?

TWO YEARS after it was announced, the League of Legends anime Arcane has finally dropped on Netflix. Riot Games’ first animated series is finally available to watch globally, and boy did they pull out all of the stops for this global premiere.

If you’ve been scrolling through social media, then you might have seen some of the marketing hype Netflix and Riot Game prepped for the release and premiere of Arcane, including Jinx overtaking the Burj Khalifa in Dubai and cameos in other multiplayer games like PUBG and Fortnite.

If you’ve been taken by the hype like I am, here’s a spoiler-free review of the first act of League of Legends’ first animated series.

The tale of two sisters

Arcane follows the story of two sisters, Powder (Jinx) and Violet (Vi), who grew up the underbelly of the utopian city of Piltover.

The story unfolds after the two (and their brothers) break in one of the apartments of the city. Inside, they stumble upon an unexpected power that starts to turn their lives around.

Story-wise, Arcane does a great job of building up the plot. It’s completely riveting from the initial sequence to that extremely tense cliffhanger ending. I was glued to my seat. wondering what would happen next and how it would affect the lives of the characters.

There’s also a lot to unpack. Not only is it a story of two sisters, it’s also a great political story — with commentary coming in via a class divide of the wealthy Piltover to its dark underbelly Zaun. There a lot more storylines brewing, but we'll need to complete the entire series to see them all come into fruition. Hopefully acts two and three could satisfyingly build upon what the first act started. 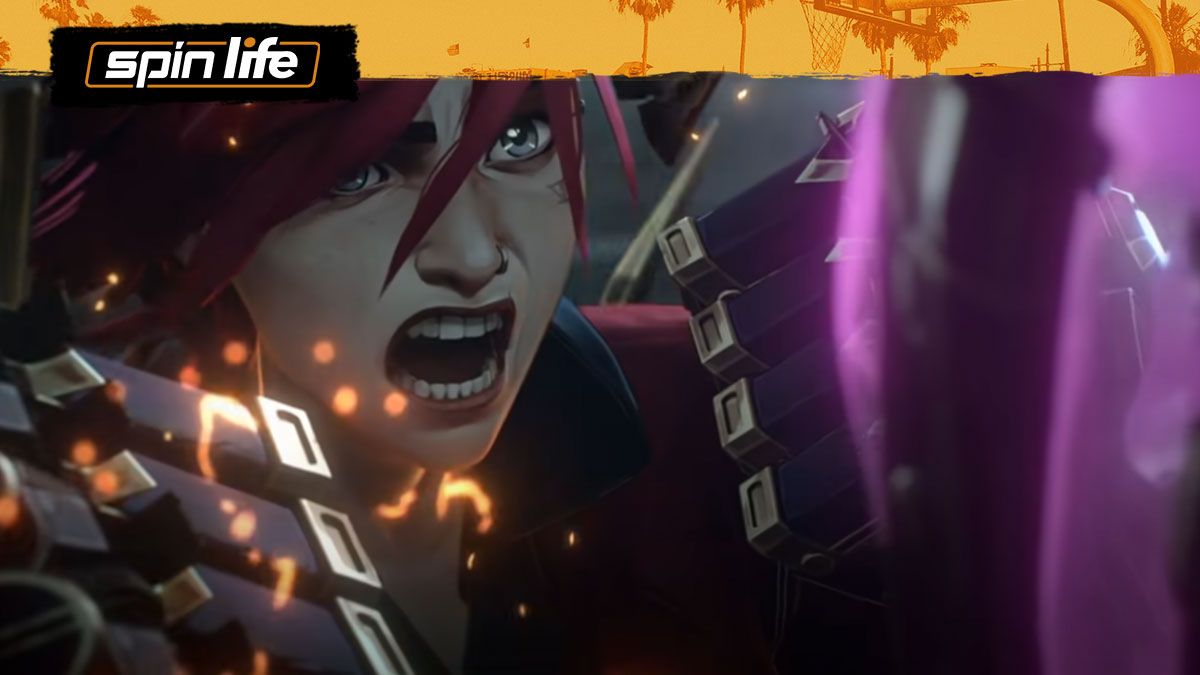 If you’ve been around the League of Legends meme-sphere long enough, chances are you know the meme that Riot Games isn’t really a gaming studio. Well, Arcane has turned that meme into a reality.

Arcane is a joint project from Riot Games and Fortiche productions. The two have always made magic together, highlighted by the various League character teaser videos or music videos. But for Arcane, man did they outdo themselves.

The animations were amazing, and the unique art style is just so pretty. I can see why the project was delayed from its supposed initial 2020 release. The wait was definitely worth it. Even the fighting animations were clean, and the added slow motion in some scenes highlighted the complexity of emotions during the fights.

The world of Arcane is also a visual delight. There’s a sense of awe and wonder present in the city of Piltover, and, in stark contrast, a forbidding aura of suspense and dread in the undercity of Zaun. The differences between the two gives viewers a clear picture of the brewing divide tearing this world apart, and the possible chaos that might happen.

An ode to League of Legends fans

While the anime is accessible to anyone who wants to pick it up, hardcore League of Legends fans will obviously get a bigger kick while watching this series. It was a joy seeing some of League’s iconic characters before they hit Summoner’s Rift, including a young Ekko, a still fully human Viktor, and, of course, our favorite donger Heimerdinger in their full glory.

I was fortunate to watch Arcane with a die-hard League fan, and I could say he had a field day trying to stitch together what might happen, the in-game items that appear in the episodes, as well as a who’s who in the series. We were also having fun debating who might show up in the next acts, and how certain characters might really be the origin of certain League champs. (Dr. Mundo reveal maybe?)

Arcane isn’t the cartoon-y series some feared it would be. It has a great story, featuring some of the most beloved League of Legends champions. The story is compelling and well thought out (so far) and welcomes both old and new fans alike.

If you have the time, definitely check out Arcane now streaming on Netflix.