Ayo optimistic for Tigers in Season 82 despite lack of exposure

SUNNY days may have been few and far between for the University of Santo Tomas Growling Tigers last UAAP season, but head coach Aldin Ayo is convinced that this year's roster will finally bring them to the limelight.

"We are more confident this season because we have a more decent lineup. Maraming transferees na ang eligible to play," said Ayo, who also shared that the squad had started training as early as November last year, with a focus on individual skills.

According to him, his players' development — plus more defined roles and better chemistry — will be the foundation for greater team success.

Despite their lack of tuneup games and preseason tournaments, Ayo guaranteed that the structure and style of play of the Growling Tigers are already set: "Kulang kami sa laro, but the system is in place. We have been consistent in executing those plays, both offensive and defensive."

Proof of which is the current lineup turning back the UST Alumni, 95-87, in an exhibition game on Thursday at the UST Quadricentennial Pavillion. 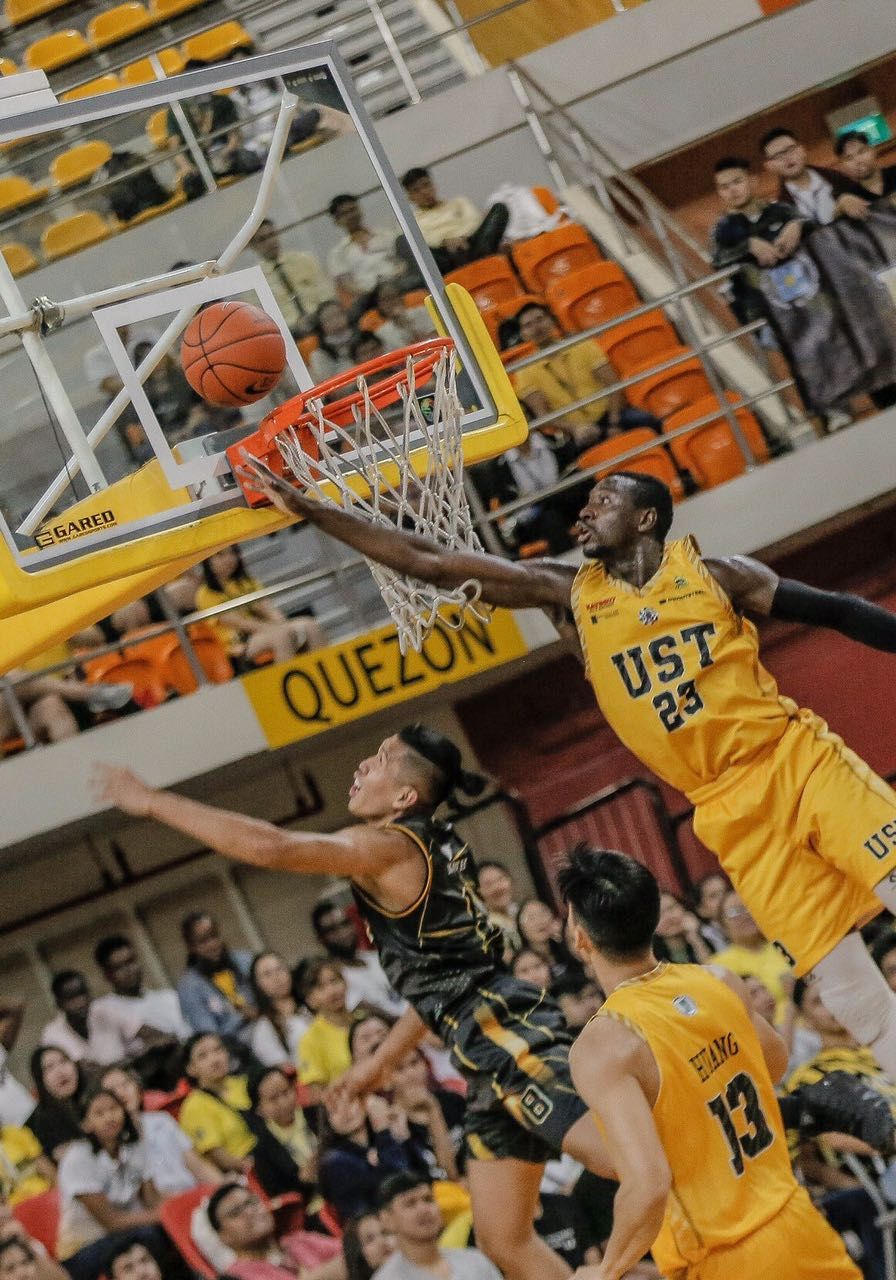 Chabi Yo led the squad with 29 points and 13 rebounds, while Abando and CJ Cansino combined for 31. On the other side, alumnus Allein Maliksi of the Blackwater Elite paced his fellow graduates with 27.