With the 2020 Olympic Games just over the horizon, the Philippines will be looking to continue the success, and more importantly, the progress, that they achieved in the 2019 Southeast Asian Games.

During this year’s games, many familiar faces found themselves in the usual spotlight as they delivered performances that met early predictions. However, what seemed to catch more attention was the huge surge of undiscovered and underrated talents that suddenly announced their presence in the sporting scene.

Day after day news of underdogs surpassing expectations would make the headlines. This incited an even more invigorated response from Filipino fans to give a renewed meaning to the battle cry, “We Win As One.” Now, more than ever, Filipino fans and avid supporters are starting to get a sense that the country may have better luck at striking gold elsewhere. 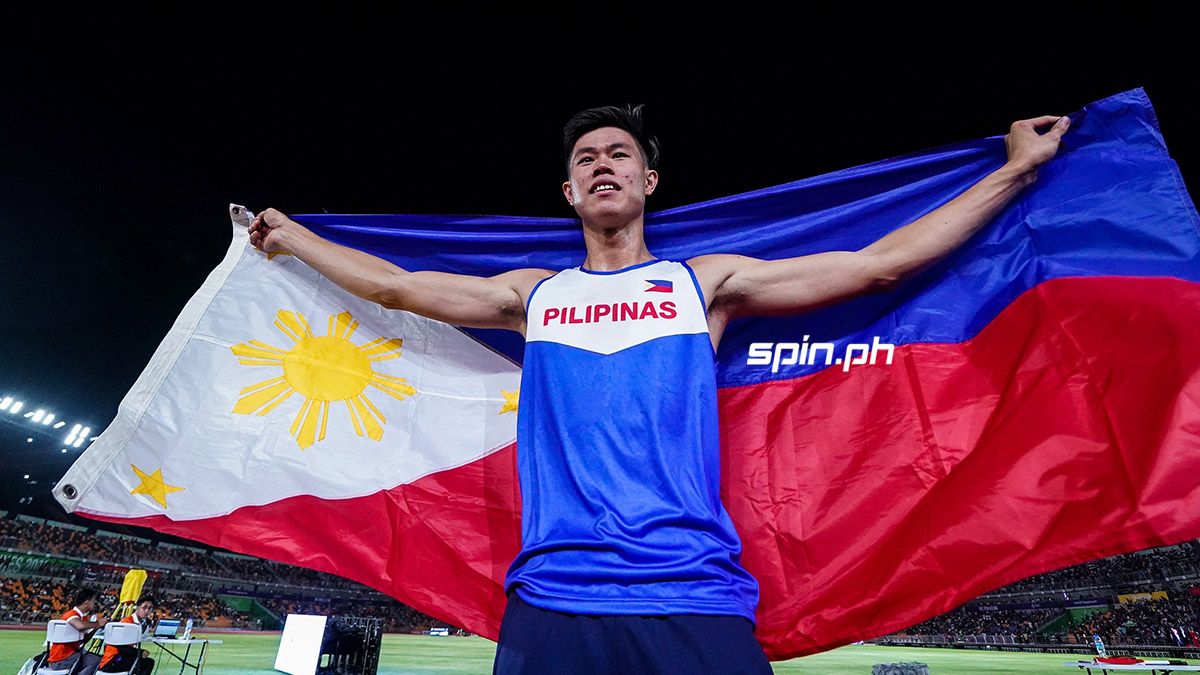 On September of this year, pole vaulter Ernest John “EJ” Obiena became the first Filipino to qualify for the 2020 Olympic Games after clearing a jump of 5.81m in the 30th Summer Universiade Meet held in Chiara, Italy. He then went on to dominate in the recent SEA games by bagging the gold medal and setting a new SEA Games record with a jump of 5.45m. 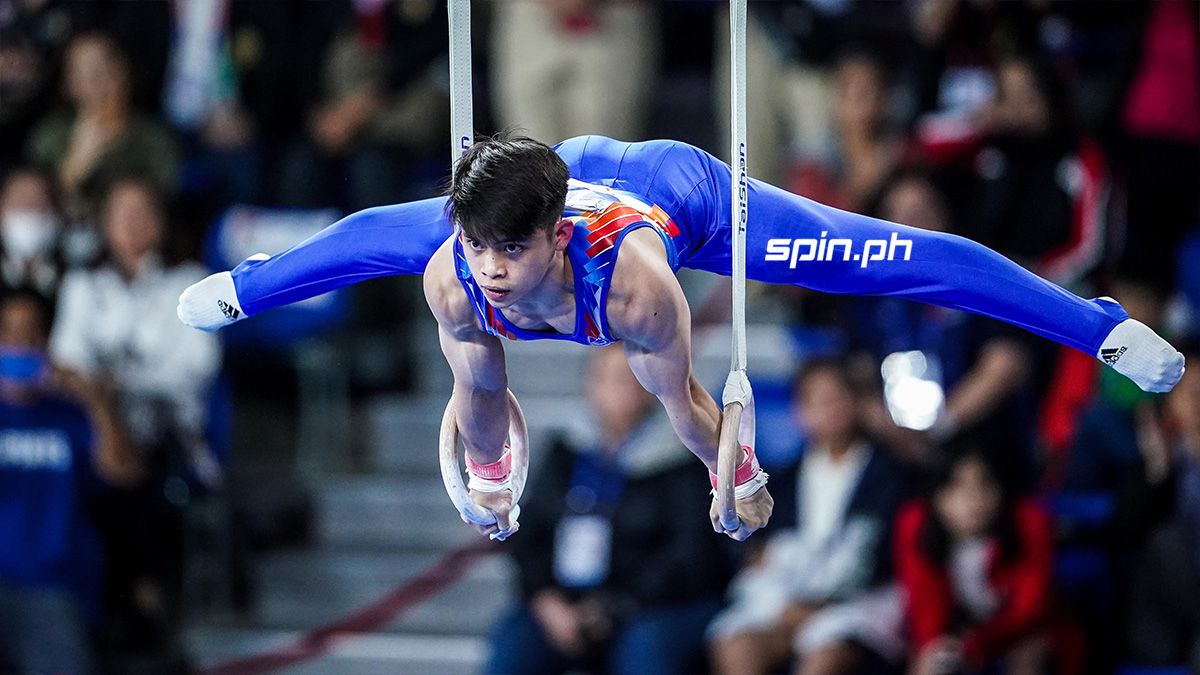 Following suit was Carlos “Caloy” Yulo, who became the first gymnast since 1968 to represent the Philippines in the coveted Games. Yulo ranked 18th out of 160 gymnasts in the 49th FIG Artistic Gymnastics World Championships in Germany to make the cut off of 24 gymnasts who will be competing in the men’s all-around artistic gymnastics finals in Tokyo.

Despite being new to the scene, these two athletes already have decorated careers to show for. Regardless of the results that they achieve in the upcoming Games, these young guns are sure to be bright spots for Philippine sports for many years to come. 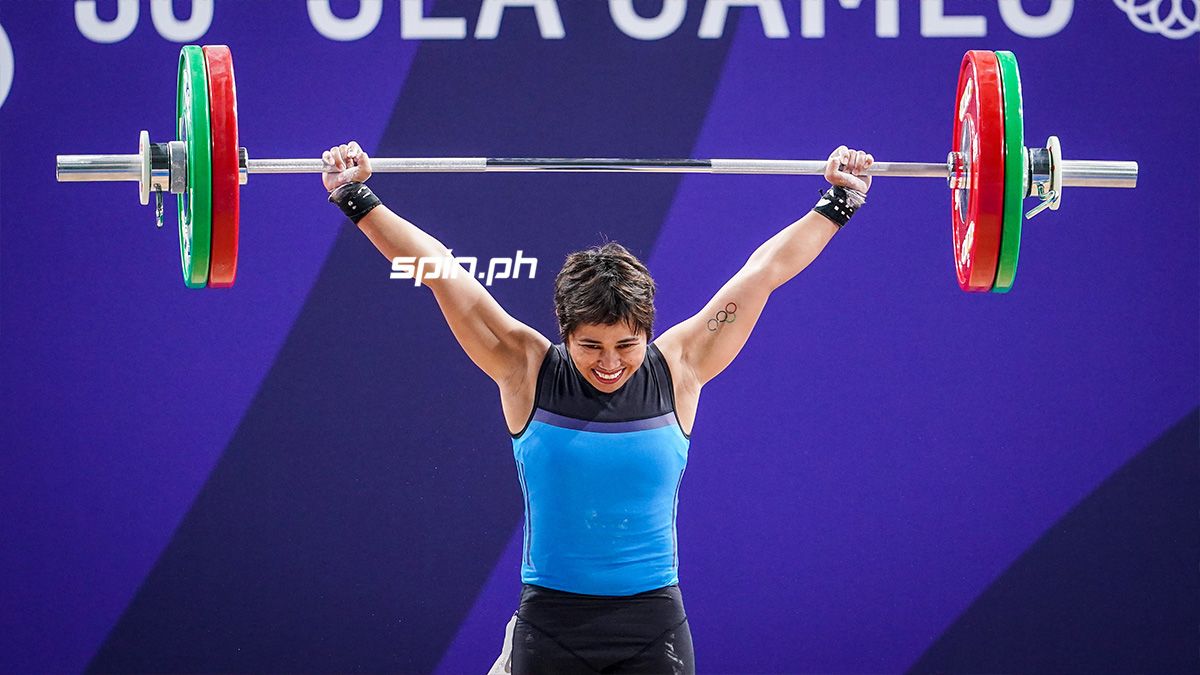 Another medal hopeful for the Philippines, and the country’s biggest shot at a historic gold medal, is none other than weightlifter Hidilyn Diaz.

Diaz, who earned a silver medal in the Rio Olympic games in 2016, is still looking to qualify for the 2020 edition of the quadrennial meet. After her gold medal performance in the SEA games, Phoenix Petroleum pledged P2 million to fund the athlete’s training and preparation for next year. This comes months after Diaz’s plea on social media calling for more support from the government. 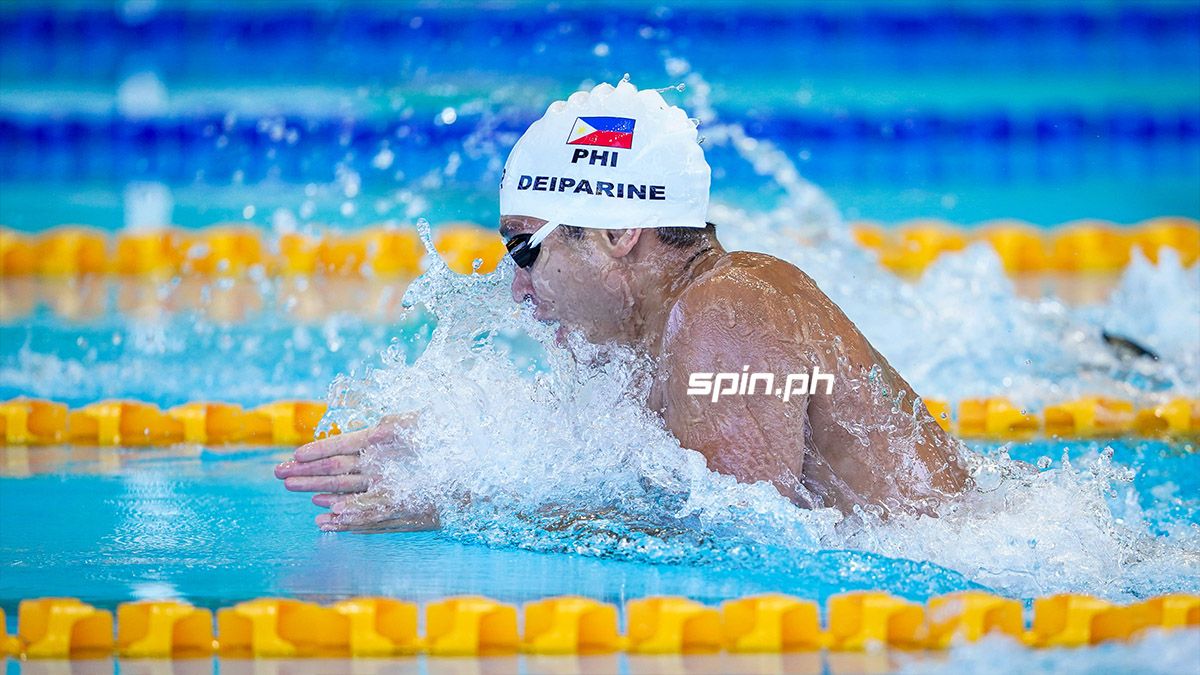 Other Olympic hopefuls include swimmers James Deiparine, who broke the 10-year gold medal drought for Philippine swimming in the 30th SEA Games, former Olympian, Jasmine Alkhaldi, Remedy Rule and Luke Gebbie. The tankers, who made the Olympic Selection Time (OST) B-Cut, will still have 5 more qualifying tournaments next year to meet the OST A-Cut.

Judo-ka athlete Kiyomi Watanabe, boxers Nesthy Petecio and Eumir Marcial, and skateboarder Magielyn Didal are also among the few others who have a strong chance at an Olympic berth.

Putting gold where gold is 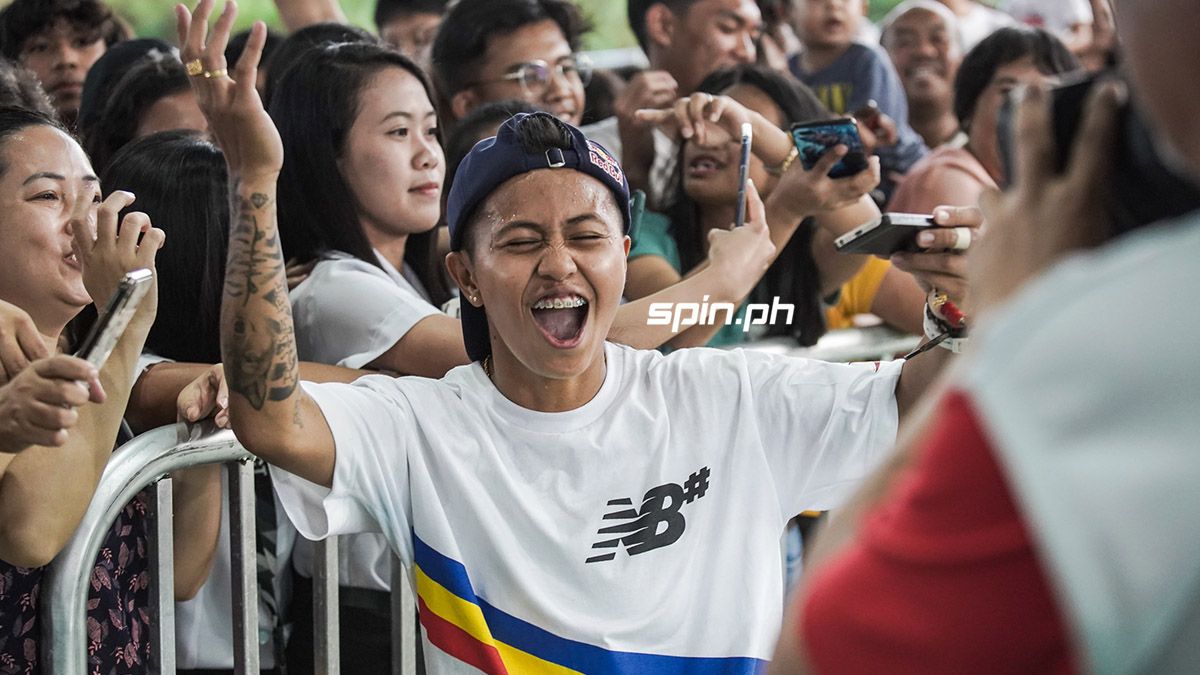 It is no secret that securing funds has been a struggle for a number of athletes. While a few of the more popular delegates have been lucky enough to get support from private sponsors, many others have to dig deep just to fund their own expenses.

The timing, then, couldn't have been better. The spectacular performance of Team Philippines at the 30th Southeast Asian Games gave the sports and the athletes the spotlight, the momentum, and, most importantly, the funding right when they needed it the most: at the run-up to the Tokyo games.

Even before the SEA Games began, the Philippines Sports Commission spent P1 billion for the training and international exposure of Team Philippines delegates. But it was the headline-making wins and the seemingly endless bounty of gold medals that ensures that it didn't stop there. 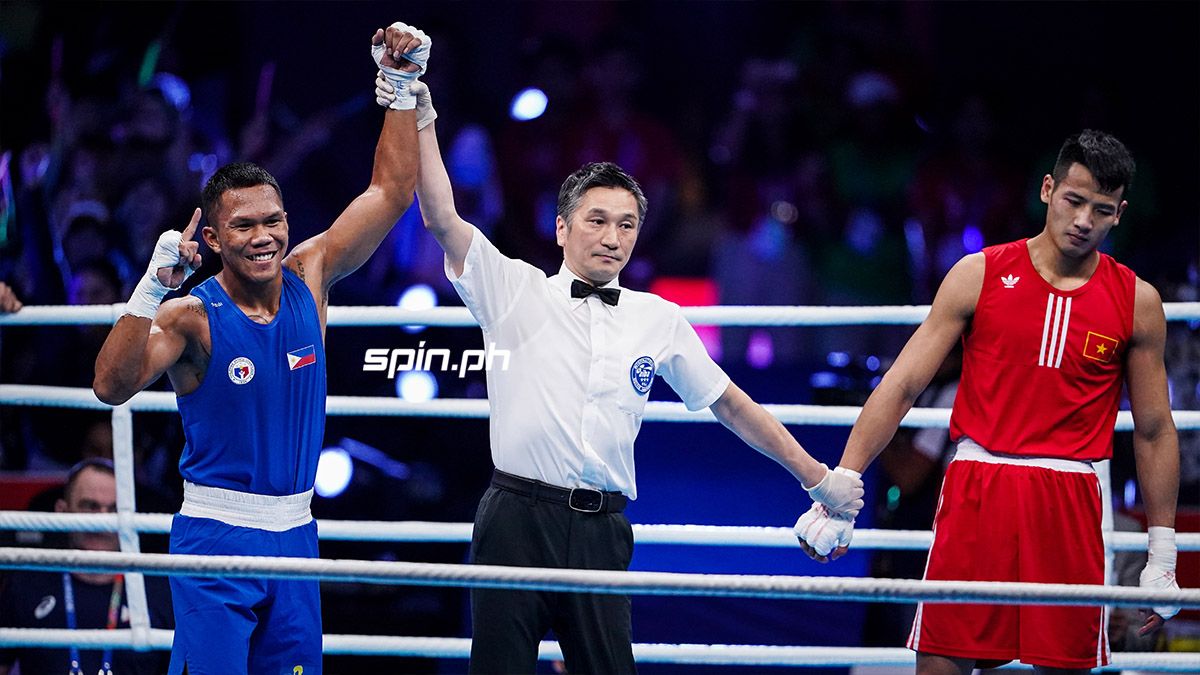 On December 5, when it became obvious that the hosts would walk away as the undisputed leaders at the regional meet, members of the House of Representatives committed an additional P10 million from their own salaries come January 2020. The money collected will be used as cash prizes for the recent gold medalists.

Late in the year, President Rodrigo Duterte pledged P100 million to be added to the Olympic budget — a lofty sum, though even the president admitted that "we will try to raise the money." This was on the same day that he awarded SEA Games medalists their cash incentives as mandated by law... and added P250,000 extra for gold winners, P150,000 for silver, and P100,000 to bronze.

Aside from government contribution, private corporations and foundations have stepped in. In the recent SEA games, the sports under the care of the Manny V. Pangilinan Sports Foundation (MVPSF) contributed 78 out of the 387 medals, including 35 golds. After reaching this success, the foundation vows to continue aiding Philippine sports.

While a promising end to a great year for Philippine athletes brings about an unparalleled excitement for the year 2020, inevitably, the possibility of disappointment also delivers gut-wrenching anxiety. But regardless of what next year brings, hopefully one thing remains to grow — solidarity, and support, for sports.