WITH ONLY a few weeks left before the 2021 Tokyo Olympics, the Philippines is sending 19 athletes (as of July 2, 2021) in the hopes of bringing home the much-coveted gold.

Among the 19 athletes are ten female athletes who will vie for gold medals in boxing, weightlifting, skateboarding, athletics, judo, swimming, and golf.

The 2021 Tokyo Olympics has the greatest number of Philippine delegates since the 20-strong Team Pilipinas back in the 2000 Sydney games.

It’s also a historic delegation in terms of representation, with 10 female athletes of the final 19. Of the 15 athletes in the 2008 Beijing Olympics, only five were women. In the 2012 London Olympics, women only made up four of the 11 athletes.

Things began to turn around in the Rio Olympics, where, of thirteen athletes sent, six of them were women.

Leading them was, arguably, Hidilyn Diaz, who earned a silver medal in weightlifting back in 2016. Now, she’s returning to the Olympics stage — this time, with some illustrious company.

Meet the 10 powerful women who will compete this coming 2021 Tokyo Olympics. 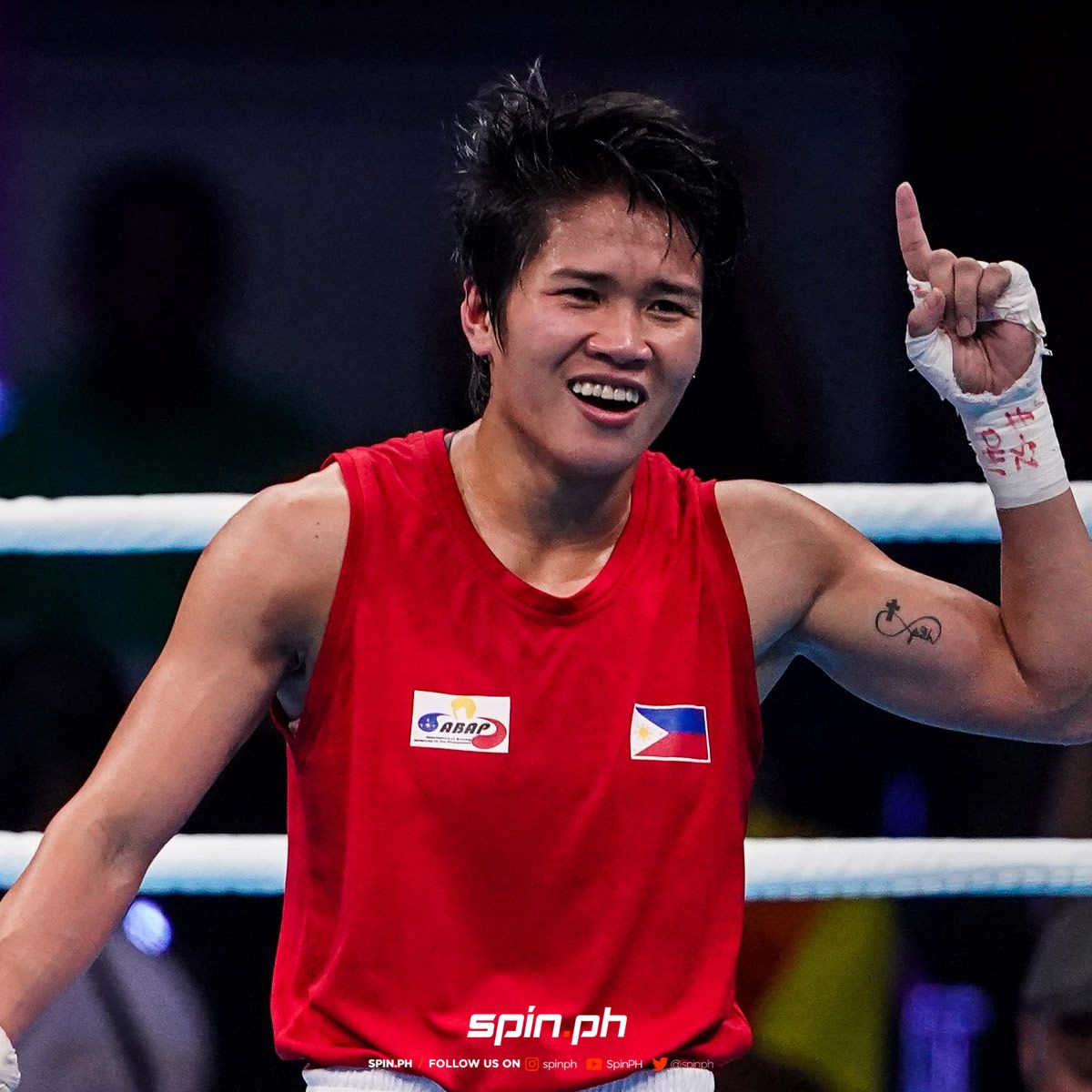 Magno qualified for the Tokyo Olympics after dominating the box-off round against Sumaiya Qosimova of Tajikistan during the 2020 Asia and Oceania Olympic qualifying tournament in Jordan.

The flyweight fighter got a 5-0 from the judges to earn her ticket to Japan.

She faced Winnie Yinyin of Hong Kong, then Mary Kom of India in the quarterfinals.

Magno then landed a silver during the 30th Southeast Asian Games after losing to Vietnam’s Thi Tam Nguyen as she grappled at a clear height disadvantage.

Magno is the first Filipina boxer to qualify for the Olympics, the second Filipino boxer along with Eurmir Marcial, and the fourth overall to be part of the PH delegation. 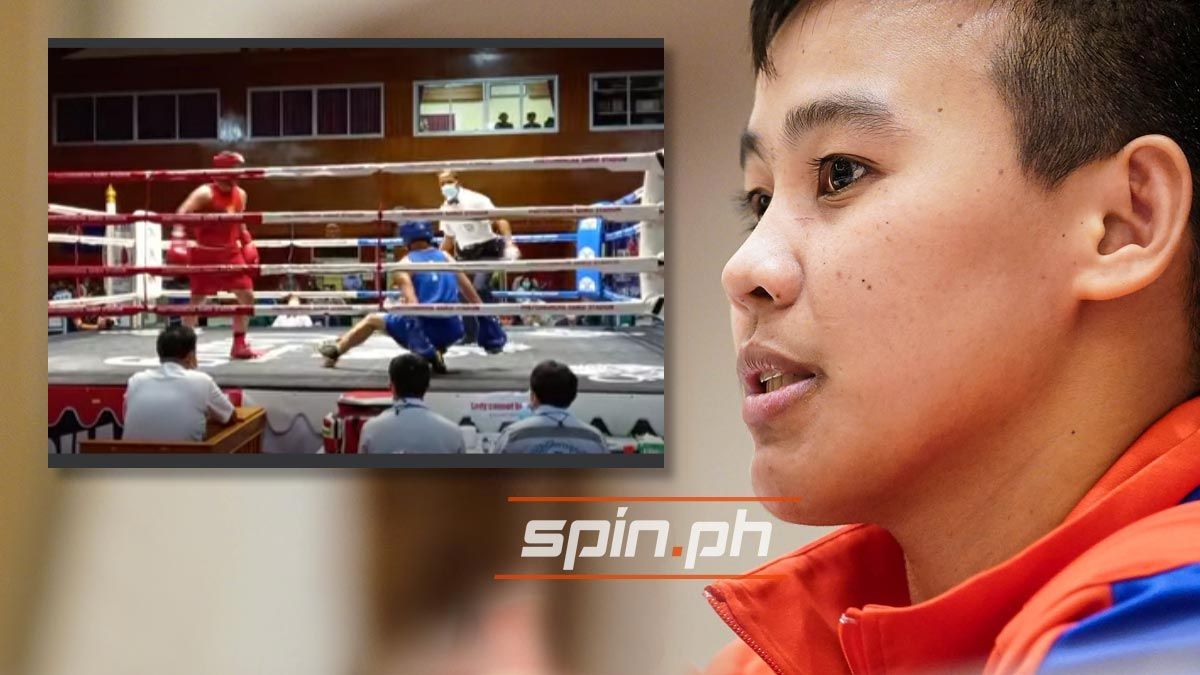 Petecio has been competing in the Southeast Asian Games since 2011 and is a multiple title holder.

In 2019, Petecio won a gold medal in the Southeast Asian Games after defeating Myanmar’s Oo Nwe Ni in the featherweight event of the women’s boxing tournament.

In the same year, the multi-title holder was hailed as champion in the AIBA women’s world boxing event in Russia after defeating the country’s bet Liudmila Vorontsova in three rounds.

Petecio earned a ticket to Tokyo for the summer games, along with Filipino boxer Carlo Paalam, after qualifying via world rankings. Petecio sits at No. 2 in women’s 57kg AIBA world rankings. 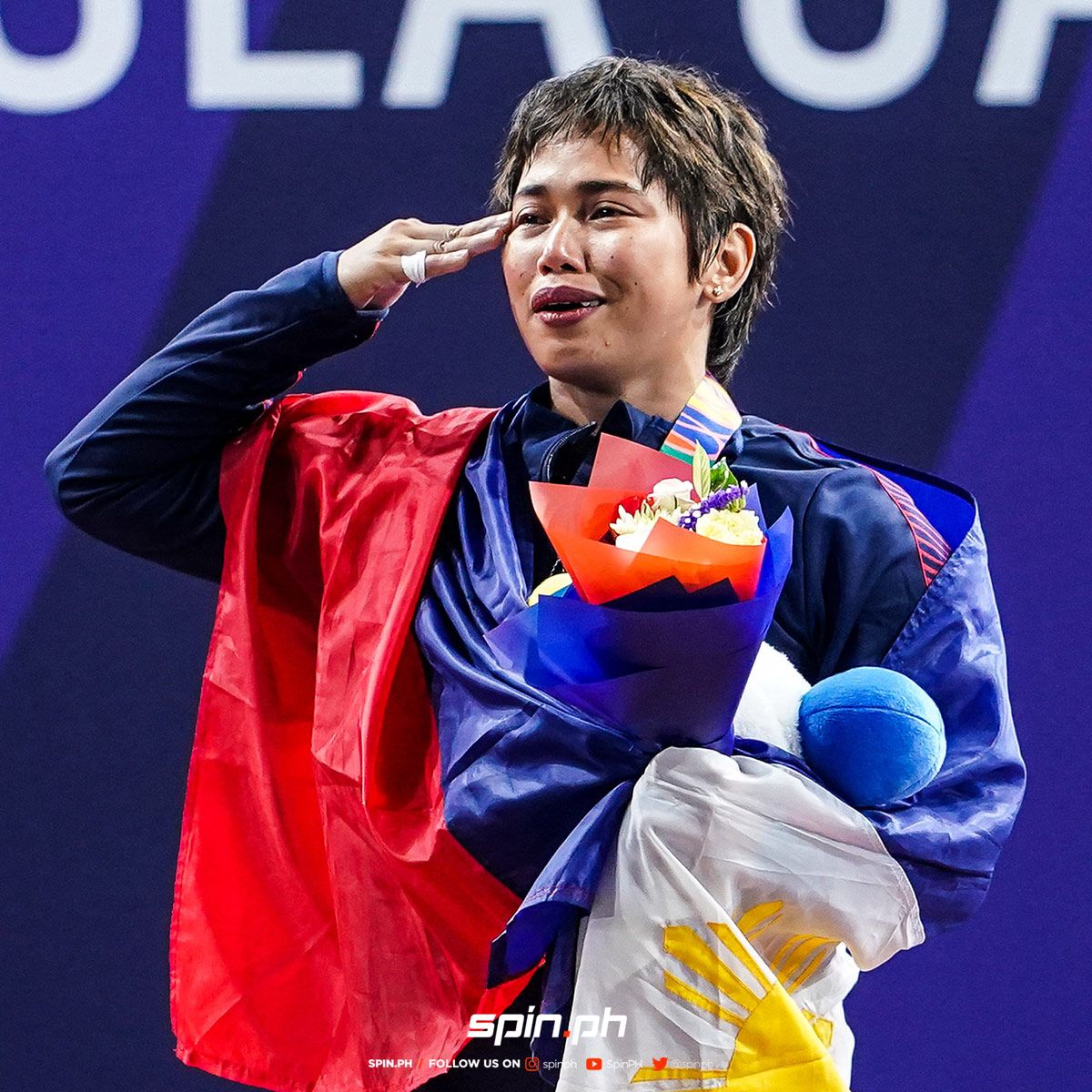 Diaz earned her spot for the 2021 Tokyo Olympics during the Asian Weightlifting Championships in Tashkent, Uzbekistan. She lifted 90kg in two attempts to punch that summer games ticket.

Diaz won silver in the 53kg weightlifting division at the 2016 Rio Olympics — a win that ended the twenty-year medal drought for the Philippines. She was also the first female athlete to step onto an Olympic podium for the country.

The Zamboanga native won her first gold medal in the 30th Southeast Asian Games in 2019, after lifting a total of 211kg — 91kg in the snatch and 120kg in the clean and jerk — handily beating Vietnam’s Nguyen Thi Thuy and Indonesia’s Juliana Klarisa.

Thi Thuy and Klarisa lifted a total of 197kg and 175kg, respectively.

Diaz has a rich Olympic career. In Beijing in 2008, Diaz was the youngest competitor in the 58kg division, placing tenth amongst the twelve competitors of the event. 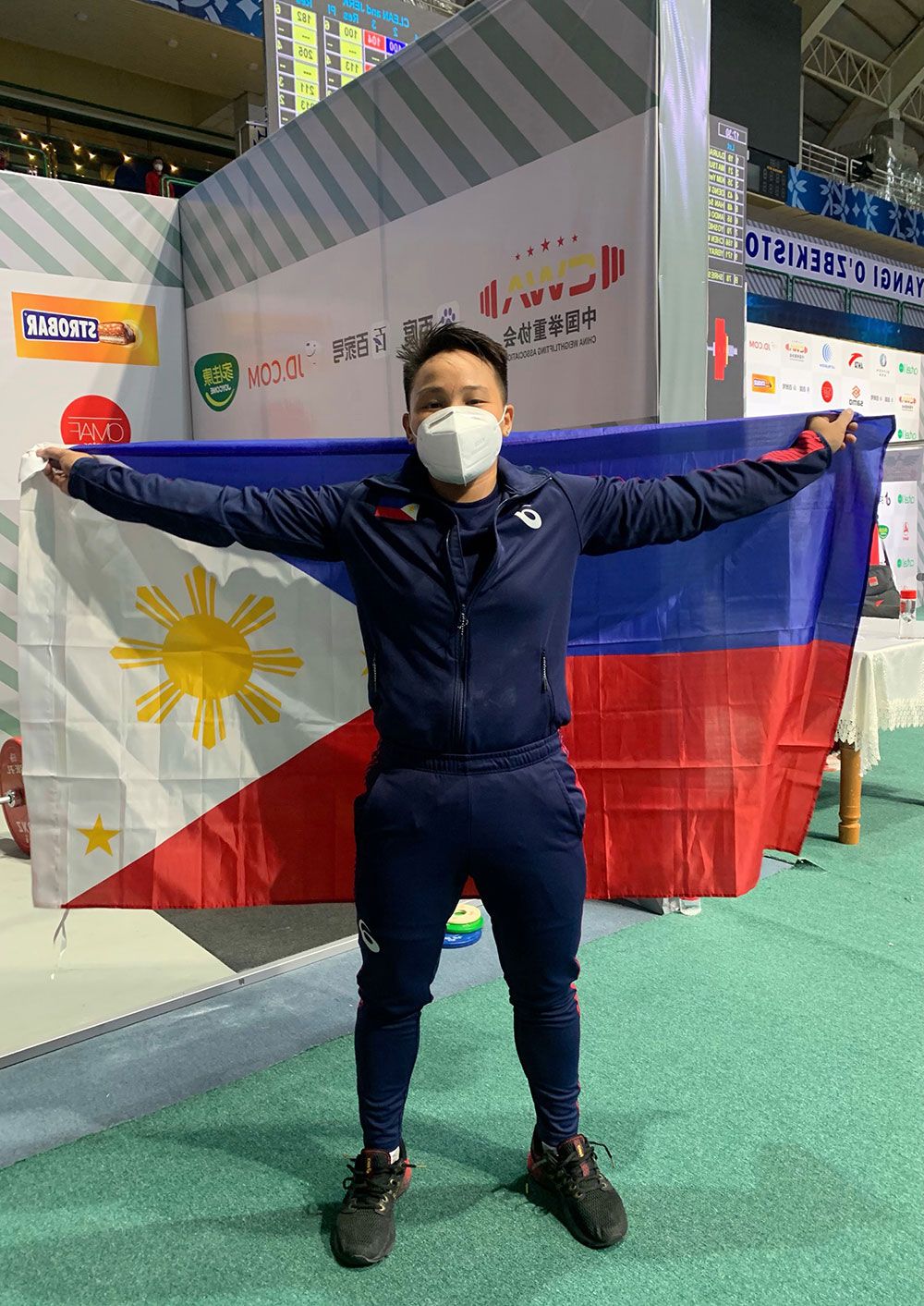 Ando qualified for the Olympics through continental allocation in the women’s -64kg event. She is the highest-ranked athlete in the International Weightlifting Federation.

Hidilyn Diaz was the first to break the good news to her fellow weightlifter. Ando could not believe the announcement at first, thinking that it was a prank of Hidilyn.

The 22-year-old weightlifter settled for a silver medal during the Southeast Asian Games after falling short by a kilo to Vietnam in the 64kg division of the event.

After the heartbreaking loss to Vietnam during the SEAG, the Samahang Weightlifting ng Pilipinas president Monico Puentevella said that Ando has a bright future ahead and could see action in the Tokyo Olympics. It’s a prediction that’s now come true.

The Cebuana is the 12th Filipino to qualify for the Olympics. 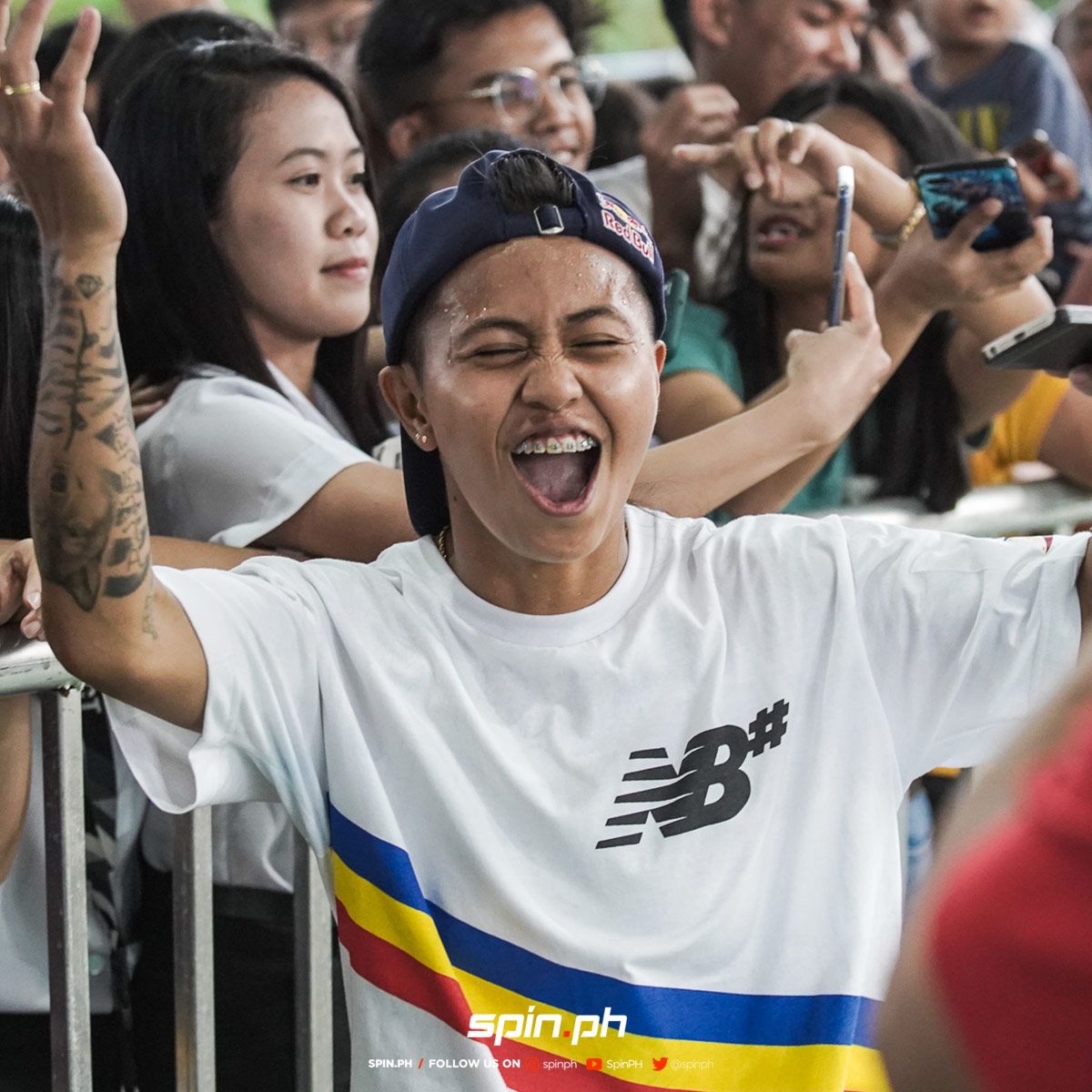 Another Cebuana in the Olympics is a promising Filipina athlete who will compete in the first skateboarding medal event in the summer games.

Didal secured her Olympic berth on the strength of her world rankings. She had earlier failed to qualify during the 2021 World Street Skateboarding Championships in Rome, Italy. She sits at the 13th spot to make the Olympic cut.

From skating on the streets, she made herself known during the 2018 Asian Games in Jakarta, Indonesia, where she won a gold medal for the Philippines. In the inaugural event for skating during the 2019 Southeast Asian Games, the Cebu skater won two gold medals.

Didal is the tenth overall Filipino athlete to qualify for the Olympics. 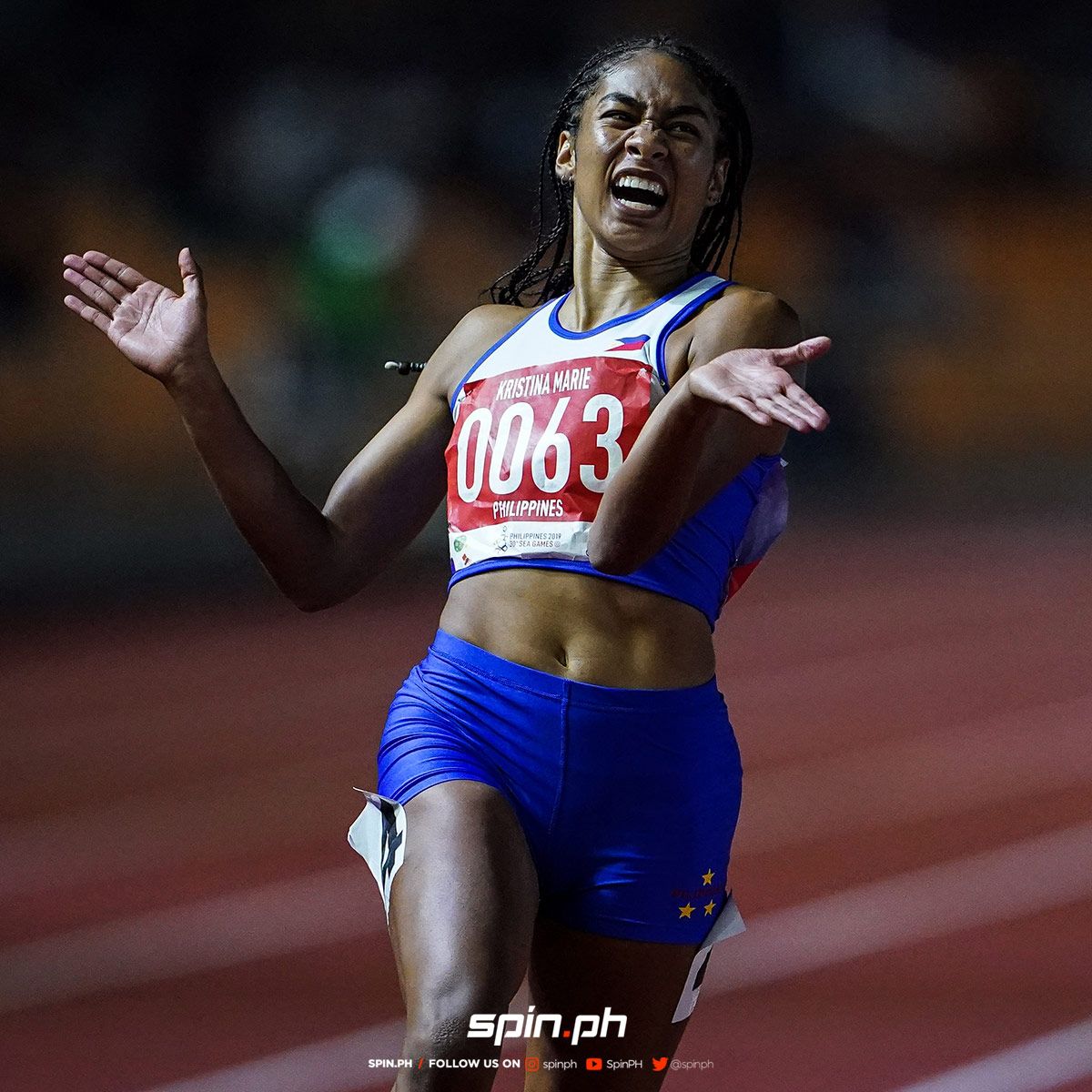 The Fil-Am sprinter — who broke the record of “sprint queen” Lydia de Vega’s 11.28 record after 33 years during the 2020 Drake Blue Oval Showcase in Iowa — became the fifteenth PH athlete to qualify for the Olympics.

During the 2019 SEA Games, Knott beat two records in one day after sprinting the women’s 200m event where she won a gold medal. She shattered both the record for the SEA Games during its preliminary after registering 23.7 seconds, then surpassed her personal record after sprinting 23.01 seconds.

Knott qualified for the summer games via the universality rule, an Olympic ruling that allots slots for developing nations to send reps. 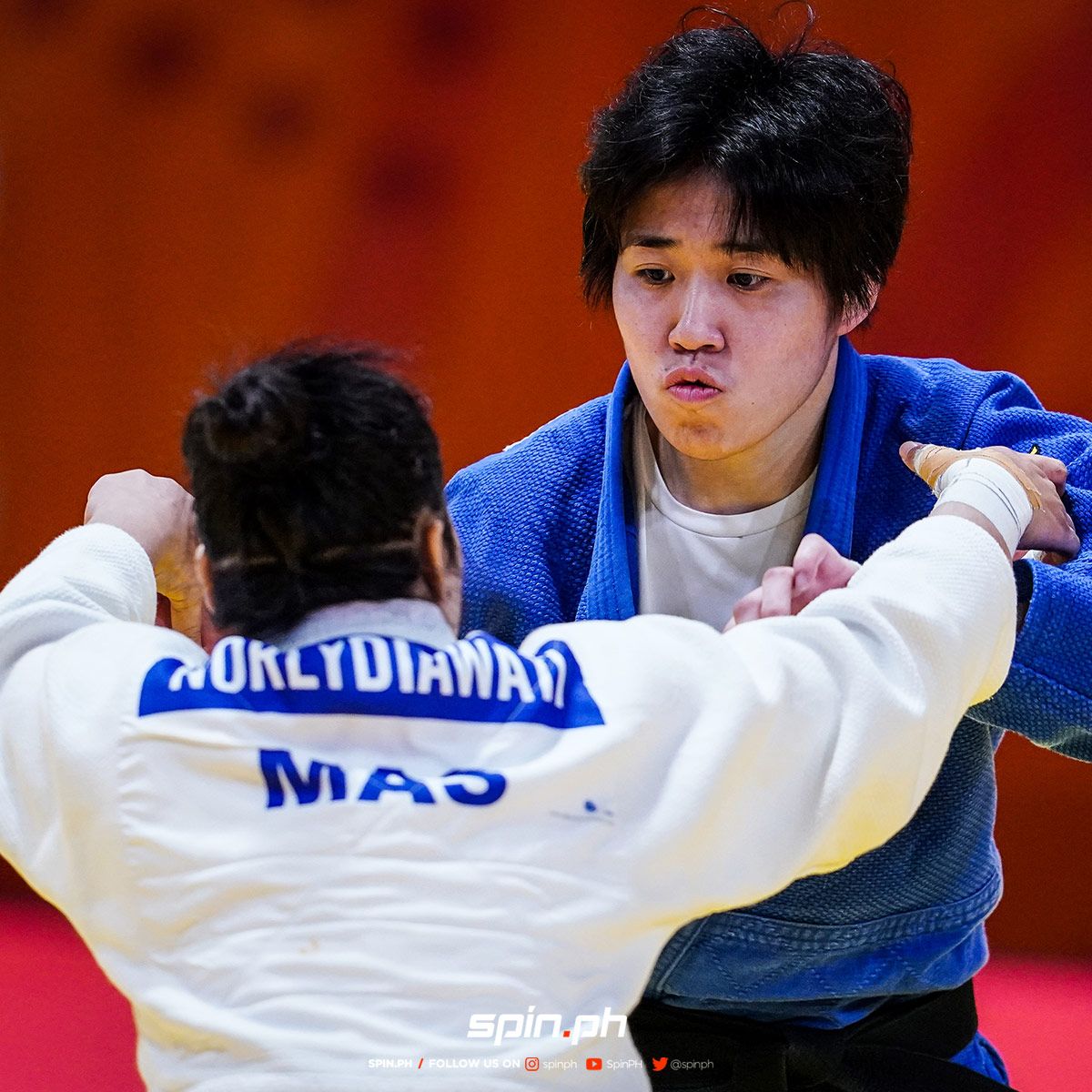 Fil-Japanese Watanabe is set to compete in the world stage after securing a spot in Tokyo after being qualified via continental quota. She will be competing in the -63kg category.

Another Cebuana, this judoka won four gold medals during the 2019 SEA Games. Earlier, the former UAAP MVP also bagged silver during the 2018 Asian Games in Jakarta, Indonesia after bowing to Japan's Nami Nabekura in the finals of the -63kg category for the Judo event. 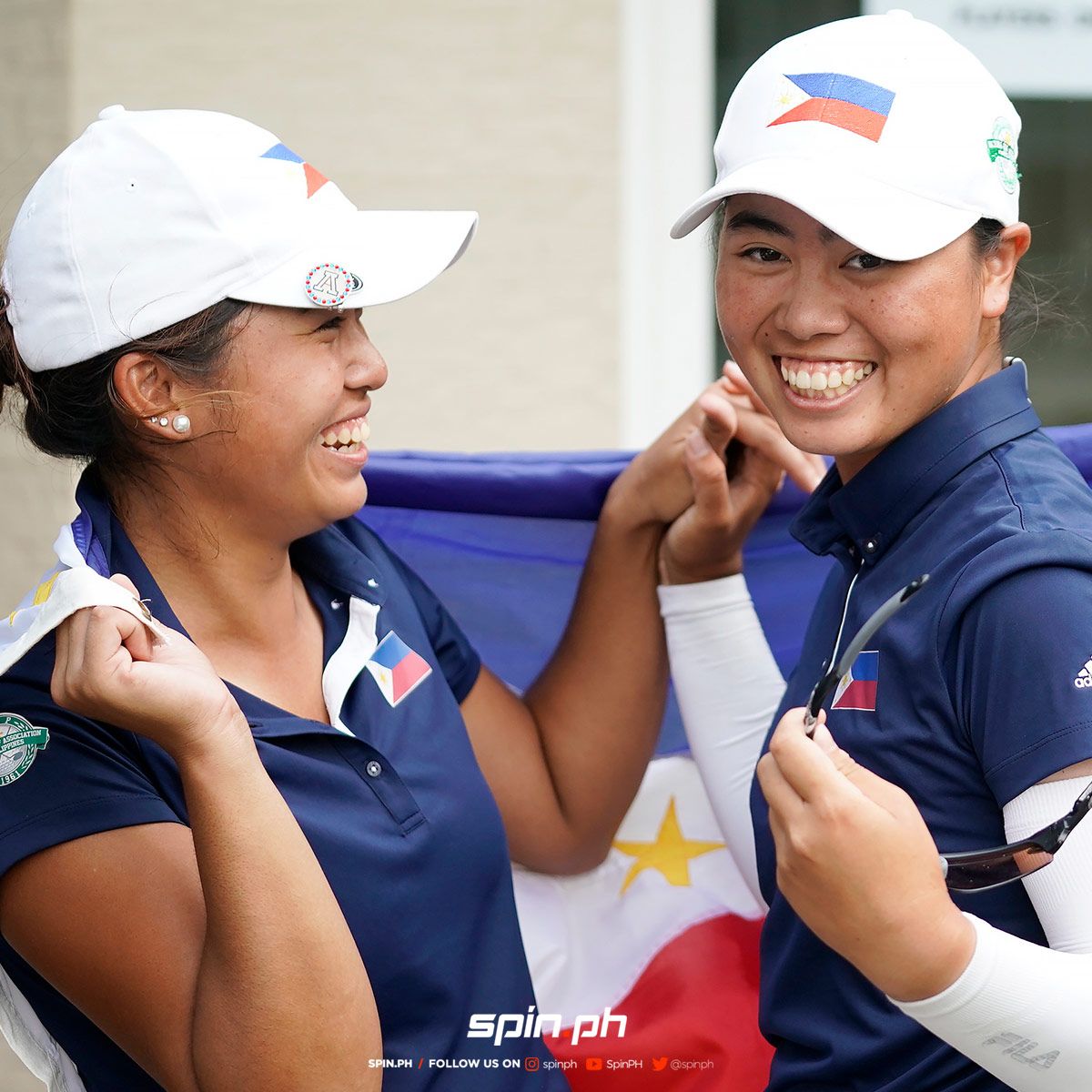 Two newly added Filipina athletes in Team Pilipinas will see action in the golfing event of the 2021 Tokyo Olympics after being part of the top 60 in the Olympic rankings of the International Golf Federation.

Pagdanganan, 23, sits at 42nd in the Olympic rankings while Saso, 19, occupies the 9th spot.

Though the Olympic rankings are yet to be released, the duo golfers enjoy a safe spot inside the top 60.

Yuka Saso made history as the first Filipino to win in a major tournament in the US after defeating Japan's Nasa Hataoka during the US Women’s Open. She is also the youngest player to do so — tied with South Korea’s Park In-bee.

The young golfer from Bulacan won two gold medals for the Philippines in the 2018 Asian Games in Jakarta, Indonesia, winning both individual and team honors.

Pangandanan, who hails from Quezon City, likewise won two medals during the 2018 Asian Games, one in the single’s category, and another as a teammate of Saso and Lois Kaye Go.

In the 2019 Southeast Asian Games, Pangandanan won the country’s first gold medal in the said competition. 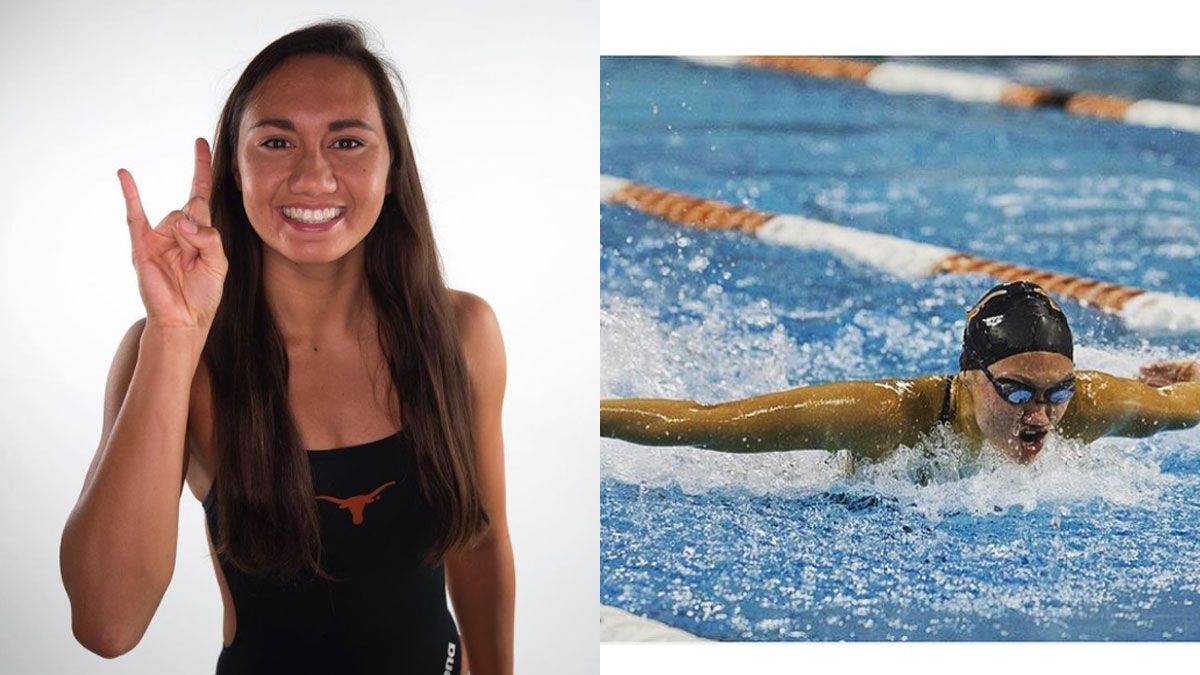 The latest Filipina to qualify for the games, this swimmer currently holds the national record for the Philippines in 200m butterfly, clocking in at 2 minutes and 9.58 seconds at the TYR Pro Swim Series in Des Moines, Iowa.

In the same event in the 2019 SEA Games, Rule settled for silver, during the 2019 Southeast Asian Games after finishing 2 minutes and 10.99 seconds in the 200-meter butterfly, just 0.02 of a second behind defending champion Quah Jing Wen of Singapore.

Rule also got two other silvers and two bronzes in the Philippine edition biennial meet.

Remedy will see action in the Tokyo Olympics after qualifying via universality rule of the International Swimming Federation. Rule garnered the highest point with 830 FINA points.

The 24-year-old Fil-Am will be competing in the 100-meter and 200-meter butterfly events of the Olympics.

Postponed last year due to the health crisis, the games will finally push through amidst the threat of a surge in Covid-19 cases in the host country of Japan.