Bottas clinched the 17th of his career and a much-needed one after he crashed in the last race and scored no points.

"It's a good feeling to be on pole, it's been quite a while," Bottas said. "I've worked very hard this week."

He was .007 seconds ahead of Hamilton and .34 ahead of Red Bull's Max Verstappen, making him the third different pole-sitter in three races. Hamilton and Verstappen earned the others.

"It definitely puts a smile on my face. I've been strong all weekend and it makes me really happy to put it all together," Bottas said. "Qualifying hasn't been my strong point in the first two races."

Hamilton is aiming for his 97th win on Sunday, while Bottas goes for his 17th victory, and Verstappen his 12th.

Verstappen looked in contention to clinch a fifth career pole after impressively topping the third and final practice earlier Saturday, but he made a small mistake in the last part of qualifying — known as Q3 — when he went outside of the track limits and failed to set a time. That meant his lap time was deleted and gave him only one more shot at the two Mercedes cars.

"It was a really difficult session to get grip, the car just snapped away from me and went wide," Verstappen said. "It's been really hit and miss anyway, the whole weekend. The layout of the track is amazing but the grip is not good."

Hamilton also said the track, which was relaid with new tarmac for last year's race, was very awkward to negotiate.

"It was a difficult session for everyone, it's windy here and quite slippery," the British veteran said. "Valtteri did a great job."

As late afternoon temperatures cooled in Portugal's Algarve region, it was a bad qualifying run for McLaren's Daniel Ricciardo. The Australian has seven career wins but was among the five drivers eliminated from Q1, while Red Bull's Sergio Perez went off track at Turn 4 and into gravel but had already done enough to get into Q2.

Hamilton led Q2 from Bottas and McLaren's Lando Norris, while two-time F1 champion Fernando Alonso was among the five to go out. 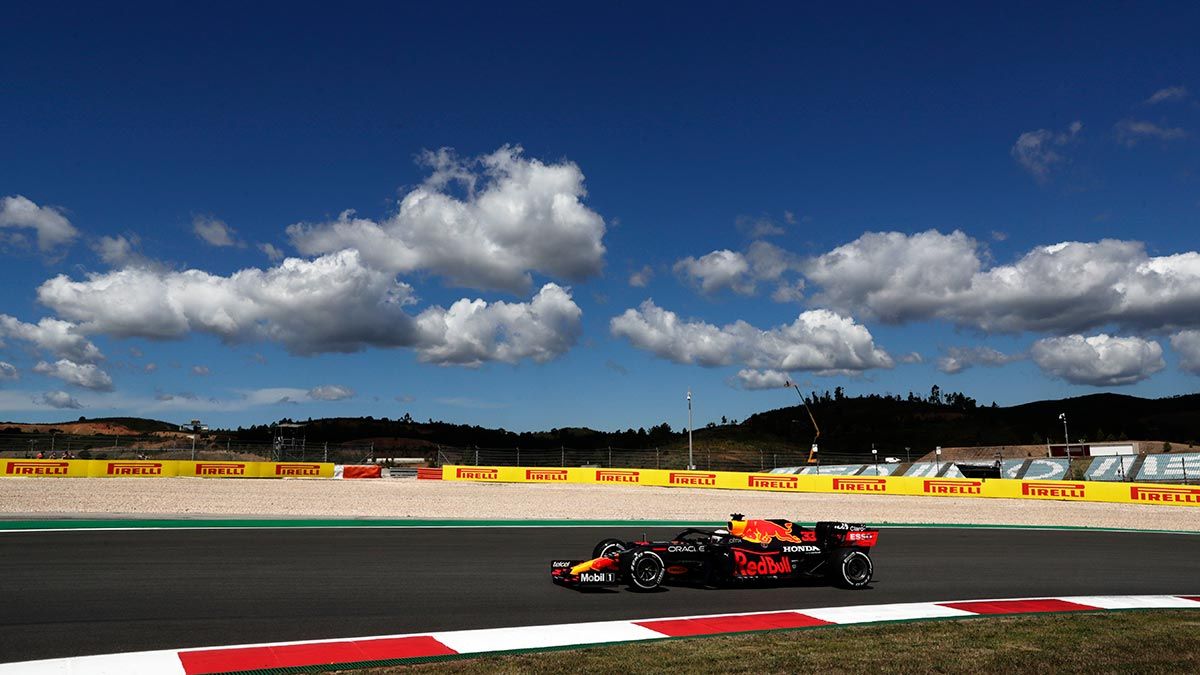 Earlier, Verstappen posted the fastest time in the third and final practice, followed by Hamilton, Bottas, and Perez.

Mercedes topped the first two practices on Friday, through Bottas and then Hamilton.

The Portugal GP is the third race of the season.

Hamilton leads the championship by one point from Verstappen. Hamilton's lead is courtesy of him taking a bonus point for the fastest lap at an incident-packed Emilia-Romagna GP, which Verstappen won. Hamilton won the season-opener in Bahrain.

Bottas needs to find form after a poor race two weeks ago at Imola, where he was involved in a crash with Williams driver George Russell after an overtaking move went wrong. Bottas dropped to fifth place in the standings behind Ferrari's Charles Leclerc in what could be his final season with Mercedes.

"For the mental process, I just put those mistakes to one side," Bottas said.