While some may argue with Seb’s statement, Ferrari does indeed have that undeniable shine of prestige and heritage to its name. They aren't just one of the biggest names in the automotive world, they are also the the oldest team in Formula 1.

With longevity comes success: They are also the most successful constructor with 238 wins, 16 constructor’s championships, and 15 driver’s championships. The ranks of the Prancing Horse include some of the most legendary figures in motorsport: Michael Schumacher, Niki Lauda, Juan Manuel Fangio.

However, Ferrari would not be as legendary as it is today without its legion of dedicated supporters: the tifosi ⏤ an Italian word that directly translates to fans.

Winning a Grand Prix in Monza, in front of a sea of red, would be a great feeling for any driver; and even more so if you are driving for the Scuderia as you are in your home soil. The tifosi would go crazy during race weekends and they are probably the loudest crowd out there. Whatever the outcome of the team’s season may be, the loyalty of the tifosi would remain.

Ferrari has since become synonymous with the Italian pride and culture. Their influence spans across the globe, and has even made its way to our country’s shores. 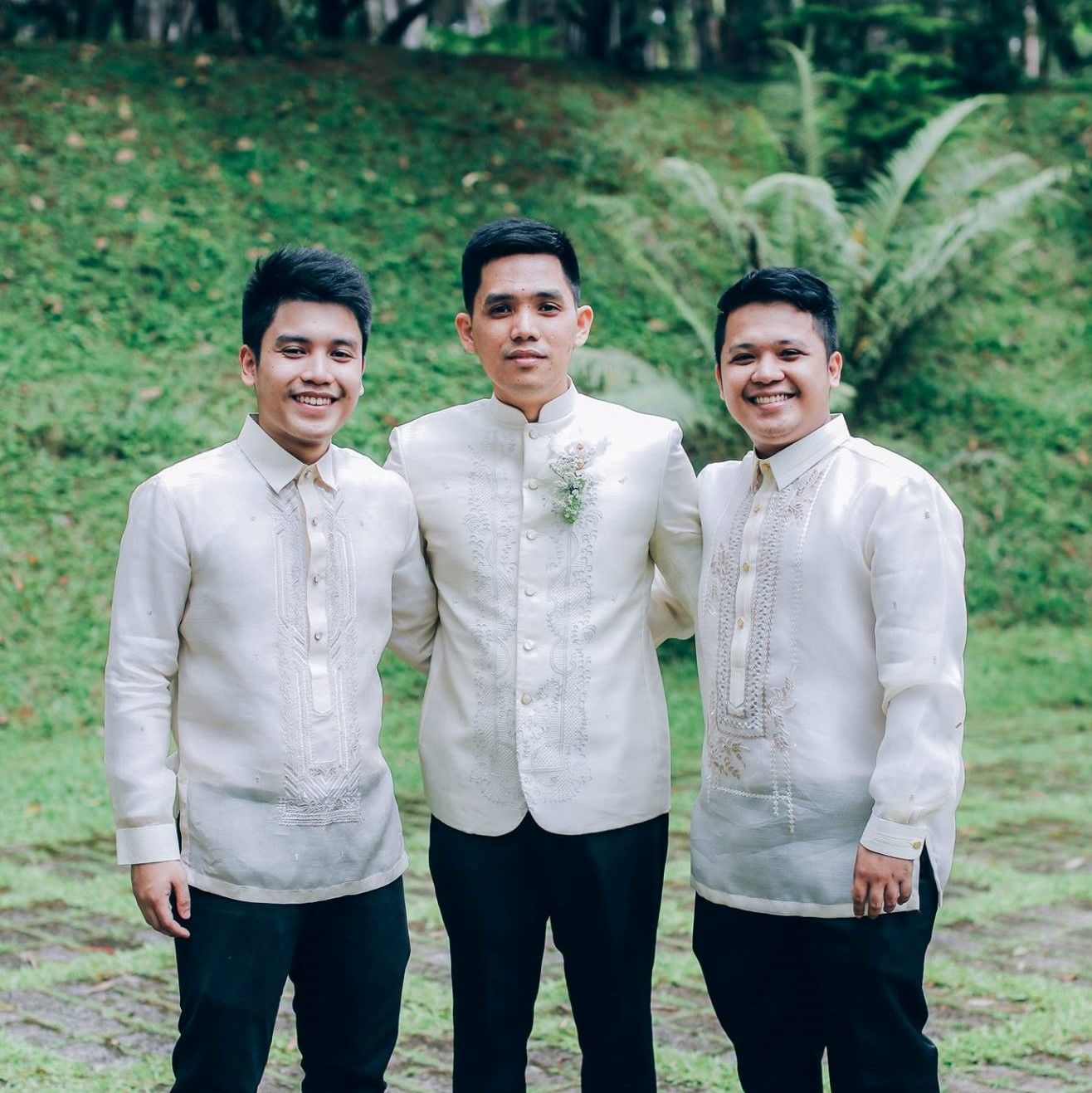 Meet Bishop, Duke, and Deo Garcia ⏤ also known as the Tifosi Brothers. Beyond their familial roots, these siblings are also bonded together by their love for Ferrari, and have set up an online store that caters to the needs of their fellow tifosi.

Ever since they became fans of the Maranello-based team back in the early 2000s, the brothers have always wanted to get their hands on the team's latest merchandise. But as any F1 fan who's ever tried to track down official merch, even for teams as popular as Ferrari, that's not the easiest thing to do in the Philippines.

"We were a bit disappointed that there were only a few distributors of F1 merchandise in the country and they were a bit more expensive," said the youngest, Deo Garcia, to SPIN Life. "Even the official sponsor stores only have limited stocks and choices."

Distributors were also very few, and often added a hefty markup to the original SRP.

This then inspired the Garcias to create a business that would solve not just their merch problems but also that of their fellow fans.

Race to the merch

Tifosi Brothers PH was started only recently ⏤ May 2021 to be exact ⏤ and was initially set up to facilitate overseas “pasa-buy” for friends.

But when a lot more people began to inquire if they could include their own purchases in their shipments, the Garcias decided to officially open up a Facebook and Instagram account. At its core, though, "The concept of this shop is [still] a 'pasa-buy' rather than an income generating business," Deo explained.

The catchy name actually went through a couple of iterations before it was race ready.

"All three of us had always been Scuderia Ferrari fans since [the] early 2000’s during the prime of [Schumacher], or what others would [call], 'the glory days of Ferrari.' I originally wanted to name the shop from the initials and numbers of Leclerc and Sainz," Deo recalled.

"But I just thought that 'Tifosi Brothers' would be more catchy and personal."

Their goal? "To be known as the most affordable distributor of Formula 1 merchandise and collectibles here in the Philippines."

Deo added: "I want to sell the products as if I am the one buying it." 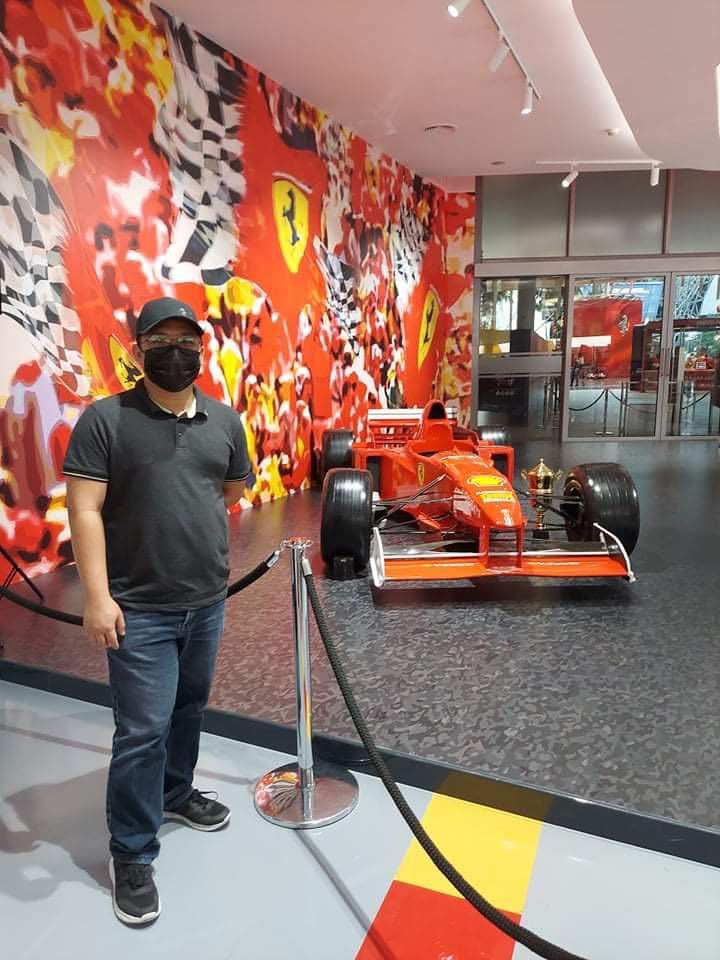 Obviously, from the name alone, a bulk of their merchandise is devoted to Ferrari. While they do offer a couple of items from the other teams, the brothers' shop is a motherlode for Prancing Horse fans, offering rare and unique such as the team yearbooks, team magazine, and even diecast scale models of the cars (which are their most popular products).

The business is indeed a joint effort between the siblings as each of them play a vital role. Bishop and Duke are assigned to find suppliers abroad, while Deo handles the marketing as well as the management of their social media pages.

Long term plans for the business are still up in the air, as Deo is currently waiting for his Civil Engineering board exam, which has been cancelled three times already, but he hopes to continue running it and to improve its service. Meanwhile, his brothers have full-time jobs of their own with one of them working overseas.

But if you want to set up a business of your own, he has this sage advice, "You need to be passionate about your product, whatever it may be. It is important that you really know the details about your product so that if a customer asks anything about it, you can provide what they ask or can suggest an alternative."

Deo also added, "It is also important that you should know the feelings of your buyers. Sell your products as if you are also the one buying it."

With the Philippine F1 fan base slowly growing, Deo hopes that we could be as passionate as those in the other countries ⏤ like the ones in Europe ⏤ so that Liberty Media can take notice and we could have more access to merchandise and collectibles.

In the meantime, he hopes that Tifosi Brothers PH can fill the gap and serve as a bridge for the fans to get the items that they have been eyeing.