In a tweet, Musk practically dared authorities to arrest him, writing that he would be on the assembly line and if anyone is taken into custody, it should be him.

State law allows a fine of up to $1,000 a day or up to 90 days in jail for operating in violation of health orders.

The plant in Fremont, a city of more than 230,000 people south of San Francisco, had been closed since March 23.

Early on Monday, the parking lot was nearly full at the massive factory, which employs 10,000 workers, and semis were driving off loaded with vehicles that may have been produced before the shutdown. 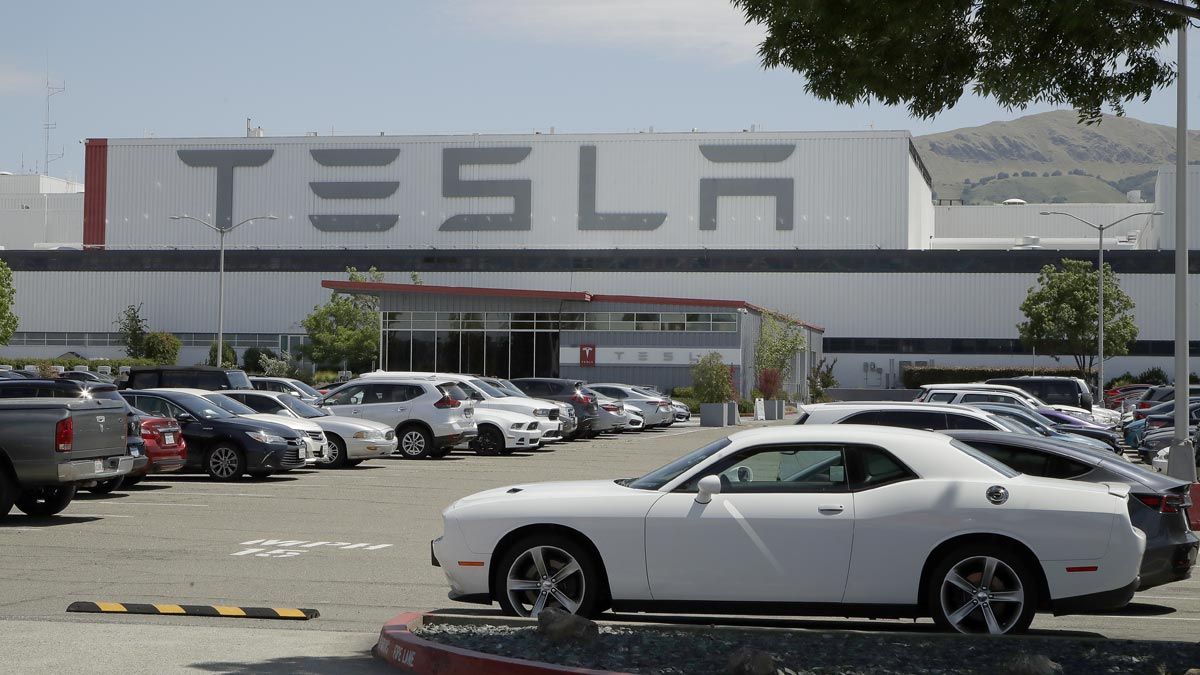 The restart defied orders from the Alameda County Public Health Department, which has deemed the factory a nonessential business that can't open under virus restrictions. The department said Monday it warned the company was operating in violation of the county health order, and hoped Tesla will "comply without further enforcement measures" until the county approves a site-specific plan required by the state.

The department said it expects Tesla to submit such a plan by 5 p.m. Monday. "We look forward to reviewing Tesla's plan and coming to agreement on protocol and a timeline to reopen safely," the statement read.

County Supervisor Scott Haggerty, who represents Fremont, said he's been working on the issue for weeks trying to find a way for Tesla to reopen in a way that satisfies the health officer. He said officials were moving toward allowing Tesla to restart May 18, but he suspects Musk wanted to restart stamping operations to make body parts needed to resume assembling electric vehicles.

Tesla planned to maintain worker safety, including the wearing of gloves and masks and social distancing. Haggerty said the company initially pushed back on checking employee temperatures before boarding a company bus to get to work. But Tesla relented, he said, and agreed to check workers. 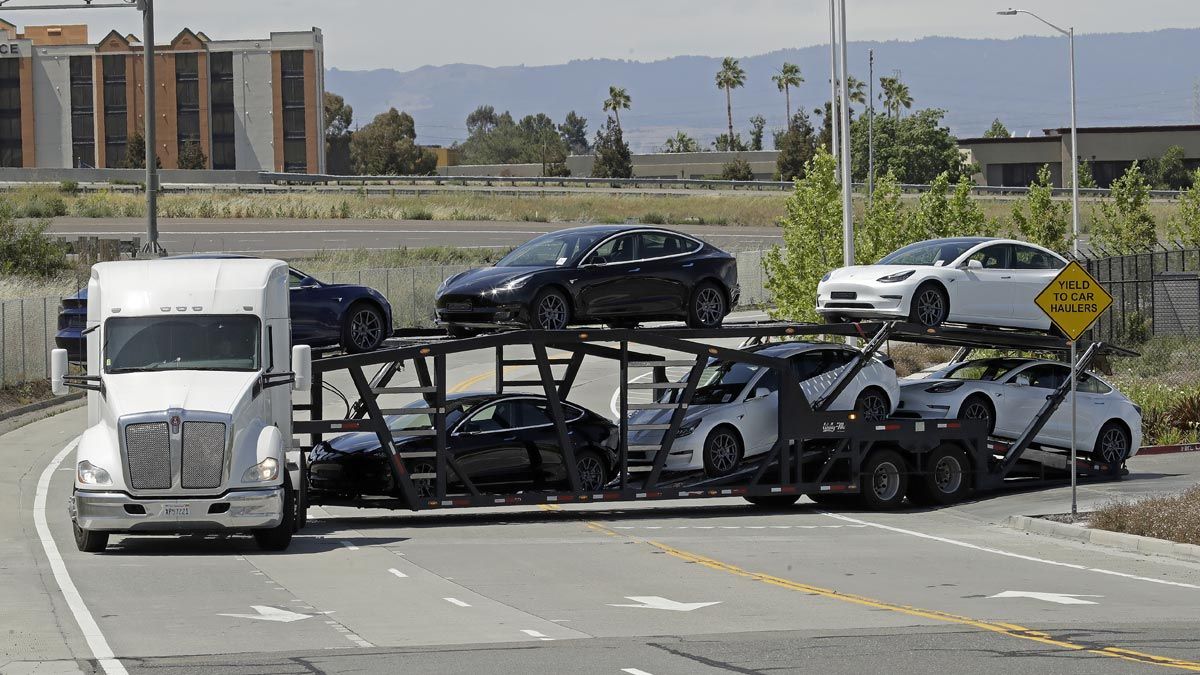 "I'm seeing emails going back and forth between the plant and our public health department so I'm encouraged by that, and that's what I mean by cooler heads," he said. "There's a lot of people whose lives depend on that plant opening safely."

The restart came two days after Tesla sued the county health department seeking to overturn its order, and Musk threatened to move Tesla's manufacturing operations and headquarters from the state.

Tesla contends in the lawsuit that Alameda County can't be more restrictive than orders from California Gov. Gavin Newsom. The lawsuit says the governor's coronavirus restrictions refer to federal guidelines classifying vehicle manufacturing as essential businesses that are allowed to continue operating.

"Frankly, this is the final straw," Musk wrote in a now-deleted Saturday tweet. "Tesla will now move its HQ and future programs to Texas/Nevada immediately."

He wrote that whether the company keeps any manufacturing in Fremont depends on how Tesla is treated in the future.

Newsom professed not to know if Tesla had reopened. "Not aware (of) the details of that," he said.

"I have great expectations that we can work through at the county levels," the governor said about conflicts involving the Fremont plant. He said county health directors are in charge of restrictions and the timing of any resumption of manufacturing. 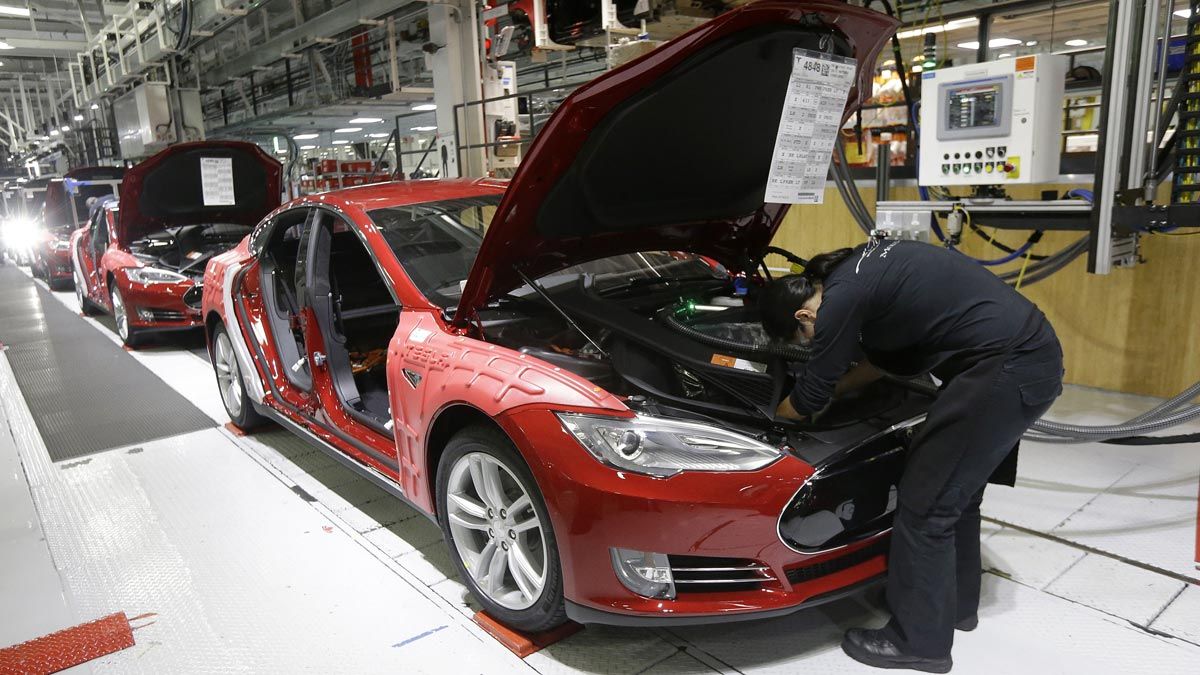 Alameda County was among six San Francisco Bay Area counties that were the first in the nation to impose stay-at-home orders in mid-March.

The order in the Bay Area has been extended until the end of the month, but the counties plan to allow some limited business and manufacturing starting May 18, the same day Detroit automakers plan to reopen auto assembly plants.

The governor has repeatedly said that counties can impose restrictions that are more stringent than state orders.

Early in the coronavirus crisis, Newsom praised Musk as the "perfect example" of the private sector assisting the state in the pandemic. His comments came after Musk pledged to provide more than 1,000 ventilators to California hospitals, a fact Newsom repeated often and called a "heroic effort."

But whether Musk made good on the promise remains in dispute. Several weeks after Newsom was touting the ventilators, the state said it hadn't heard of any being delivered. Musk responded, demanding on Twitter that Newsom correct the record and sharing tweets and screenshots from hospitals and Los Angeles County thanking him for sending supplies.

Musk has been ranting about the stay-home order since the company's April 29 first-quarter earnings were released. He called the restrictions fascist and urged governments to stop taking people's freedom.

The coronavirus causes mild or moderate symptoms for most people. But it has killed nearly 80,000 people in the US, with the death toll rising.

Despite Musk's threat, it would be costly and difficult to quickly shift production from Fremont to Texas or Nevada. The Fremont facility is Tesla's only U.S. vehicle assembly plant, and the company would lose critical production if it shut down the plant to move equipment.

Musk plans another US factory to increase output, possibly in Texas, and could move production once that plant is up and running.