IT WAS exactly 8:30 in the morning when I had the chance to sit down and chat with Maico Buncio, the 22-year old two-wheel racing phenom and wunderkind from Mandaluyong City.

The scene was perhaps an ordinary one for young Maico, with the smell of tire burns on the track, sound of revving engines, and the scorching heat of Sepang International Circuit in Malaysia. For three days, this would be my working environment, and a rekindled memory that I cherish when remembering the country's fastest man on two wheels.

I took the assignment to fly to Kuala Lumpur, Malaysia to cover the regional FIM Asia Road Racing Championship — an event where top-caliber racing talents from different Asian regions compete together in their bid to take the spotlight of the highly contested MotoGP slot. Little did I know that my conversation with Maico in Sepang that day would be my last with him. 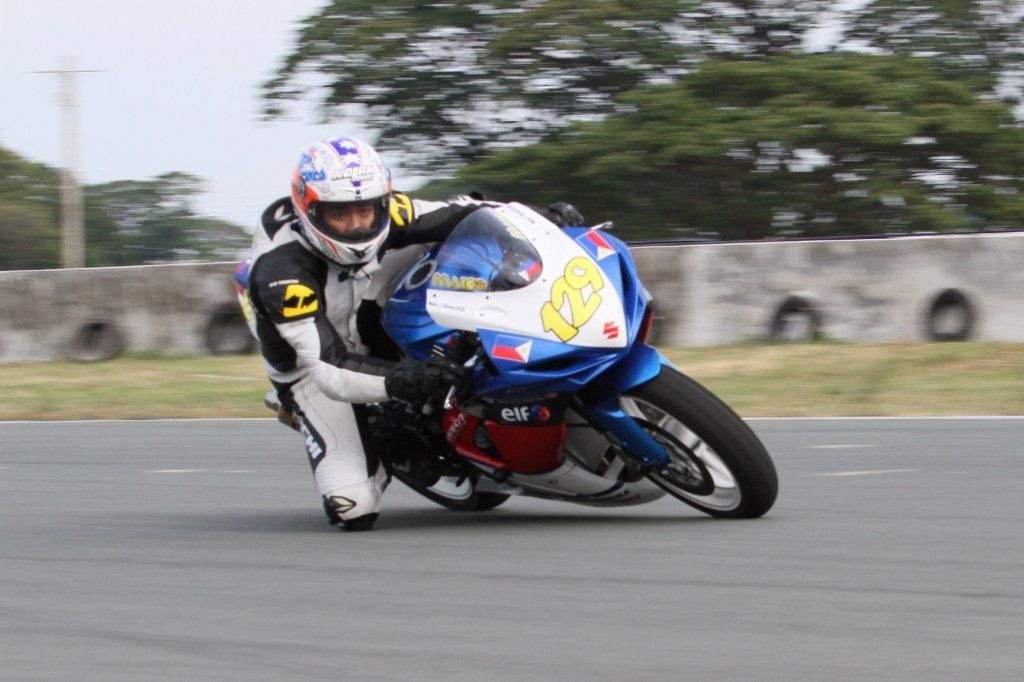 On May 15, 2011, the entire local motorsports industry was shocked and saddened from the news that no one wanted to hear. It was Sunday when my editor told me about the tragic death of Maico. That moment, my body froze. And just like every fan’s reaction, I felt that moment of silence — a stillness of broken dreams and the dashed hopes that someday this kid would be the country’s motorsports hero.

I really can’t hide that I was a big fan, even when he was just starting in his career. He was a good person, a humble and true gentleman. I used to bump into him during many motoring events and races.

In the history of local motorsports, Maico’s demise is considered one of the most controversial freak accidents. The four-time National Superbike champion died while competing in a qualifier race, succumbing to fatal crash injuries he sustained hitting an unfinished barrier of the race track, where a protruding steel bar hit his body.

Call it a cruel twist of fate. Maico’s death coincided with Italian rider Marco Simoncelli, who died in a horrific crash, the same year and place where I got the chance to interview Maico.

It has been ten years since the passing of the great Maico Buncio. The iconic number 129 that Maico used on his bikes during competitions became a popular signature number badge respected in the two-wheeled world.

Maico was always destined for greatness. At the early age of five, he didn’t only join a number of motorcycling events, but was victorious in most of them. In my interview with Gregorio “Yoyong” Buncio, a veteran motocross rider and father of the late Buncio, recalled how he got the number of “129” on his first stint on the race.

His birth name "Maico" came from the motorcycle brand in Germany, so it was fated that he build a career in the motoring world. When he was 16, Buncio topped the 1996 FBO Motorcross series for the 50cc category held in Tagaytay City. He made history when he finished first in the 2007 Shell Advance Superbikes Series, toppling 10-time Rider of the Year Jolet Jao. He was only 19 then.

“Every morning, Maico wakes early to exercise, and then drives to the NAMSSA Race track in Bicutan to practice with his motocross bike. After practice, he would man the store in Mandaluyong and then go to the now-defunct Caloocan branch after taking lunch with the family,” recounted his dad.

The elder Buncio remembers his son as a kind, helpful, and very business-minded man even early on. At a very young age, Maico’s dream was clear — to become the first Filipino motorcycle racer to compete internationally.

Even after his graduation at the O.B. Montessori in 2006, Maico continued to visit the campus, acknowledging his school in his professional endeavors and triumphs.

For three consecutive years, Maico reigned the Superbike National Champion title, and at the same time, dominating other motorbike events including the FMF Memorial Day Motorcross Races in California, USA.

A self-confessed fan of Italian motorcycle legend and nine-time MotoGP champion Valentino Rossi, he became the 2010 Philippine Sportswriters Association awardee for motorsports and 2011 Driver of the Year honoree of the Golden Wheel Awards.

Maico was also named one of the two riders to carry the Philippine flag in the Asian road racing circuit.

According to Yoyong Buncio, one of the most memorable race times with Maico was when he participated at the AMA Superbike 600cc class in Laguna Seca in 2008. It was his first time on the track with some veterans and newbie riders. 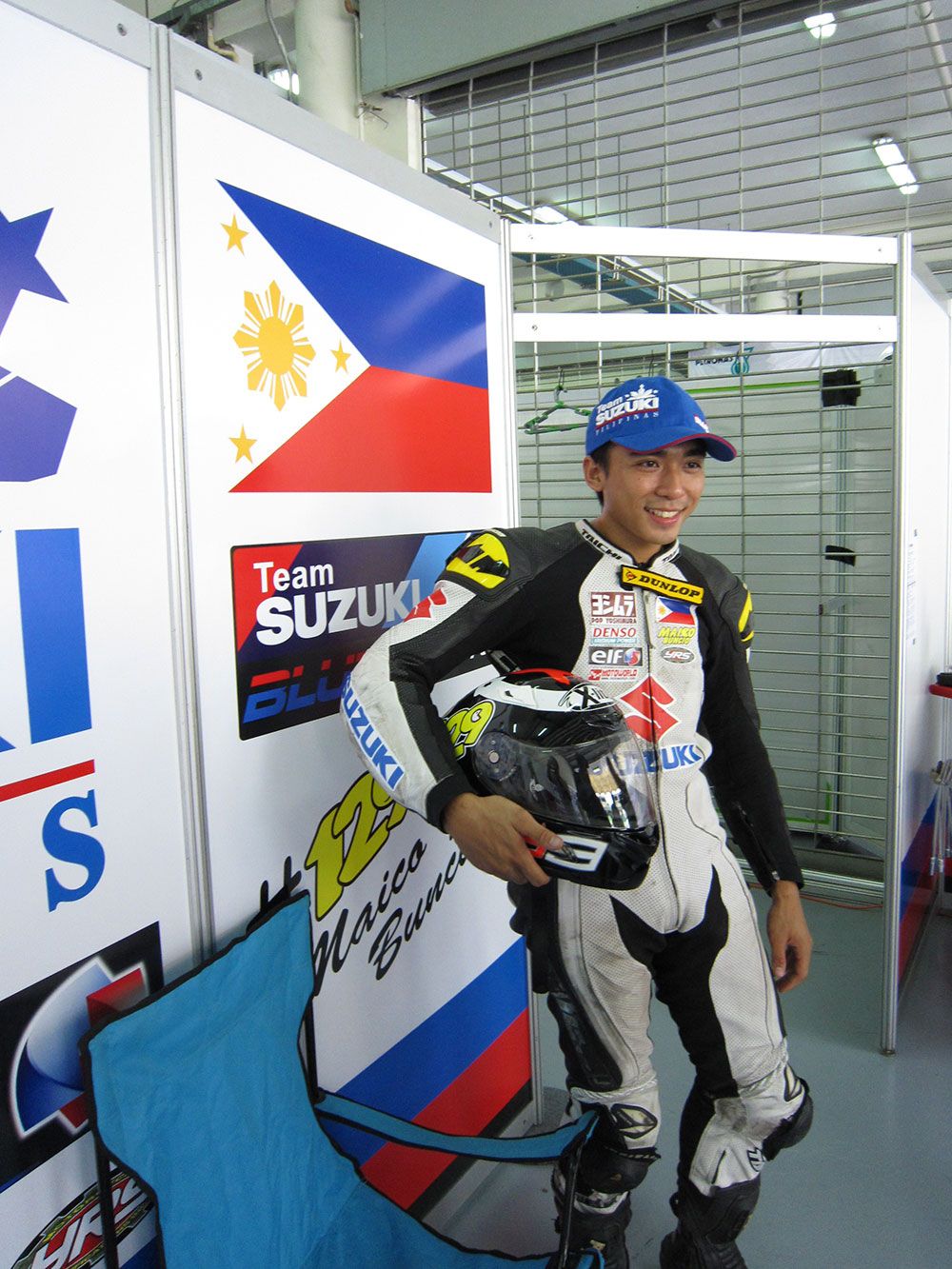 His legacy lives on

Having survived numerous crashes in the past — often unscathed — Maico has always been an advocate of a safer motorsports industry. So his untimely demise undeniably sent shockwaves on the issue of track safety and maintenance.

Questions are being raised on who should be held responsible for his death — the National Motorcycle Sports and Safety Association, the Clark International Speedway Circuit, or the gross negligence of the Aeromed Philippines, who allegedly yanked Maico out from the steel bars, which had penetrated through his body and damaged his liver and kidney, in a careless manner.

If not for his passing, Maico will surely be gunning for more accolades both local and international.

The name Buncio is hard to forget especially, with the resurgence of Maico’s sisters — Jacq and Des Buncio.

Two years after his passing, the younger Jacq decided to follow the footsteps of his brother Maico. “We knew Jacq’s interest with two-wheels when we began organizing the Maico Buncio Foundation (MBF) Grand Prix race. At first, it was really a hard decision for us to let Jacq ride because we are still grieving Maico’s death, until we realized that it’s time for her to sit on the saddle,” said family patriarch Yoyong.

Now at 20 years old, Jacq Buncio is making her name in the two-wheel world after winning “Rookie of the Year” at the Philippine Superbike Championship in 2018. Meanwhile, her older sister, 30-year-old Des Buncio, was declared champion of the 2017 PSBK Race.

Maico Buncio left us too early in his career, but we certainly know that the seed he planted in the life of many riders and also his sisters and family will live forever.

About the author: A confessed car freak and road safety advocate, Kris admits to being crazy about vintage cars (this gearhead dreams of owning a 1962 Ferrari 250 GTE and Shelby 350SR). He loves listening to classical music like Mozart, Bach, and Chopin. He is also a diehard Lakers fan and proud father of four kids.