BIKE lanes have — thankfully — become a common sight in the metro. They’re usually sectioned off from the rest of the road with a painted line. Sometimes, they’re also painted a different color to make them stand out to motorists, or cordoned off with bollards.

In some areas of Quezon City, however, they may look a little different. They’re bordered from the car lanes by a zone marked by painted diagonal lines.

This is called the “buffer zone.” 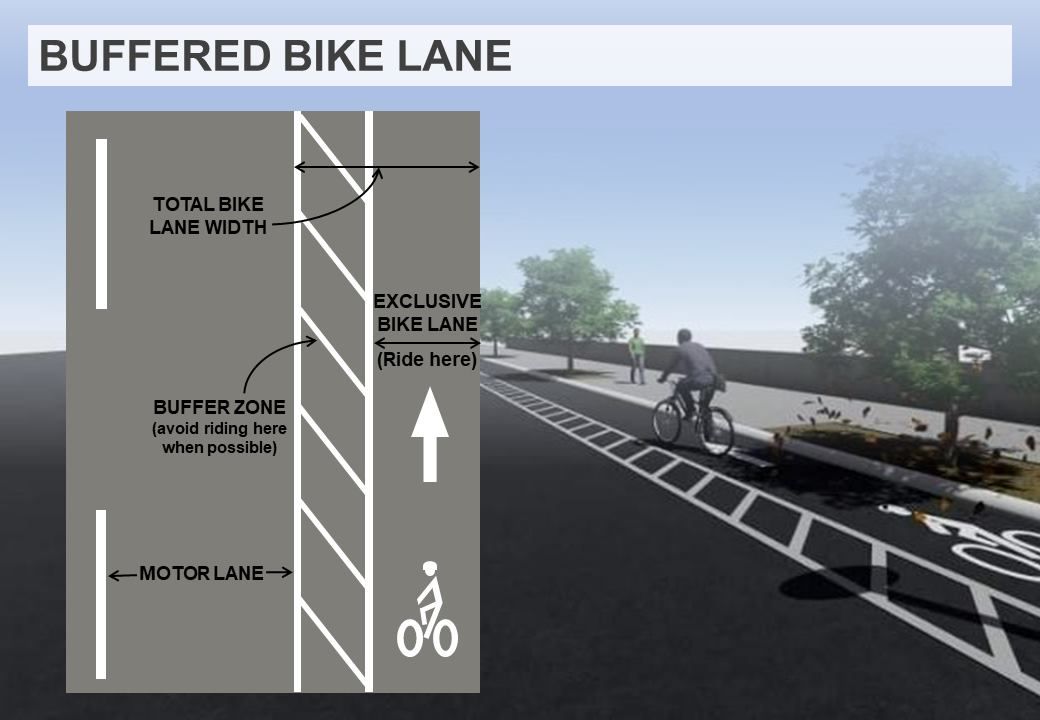 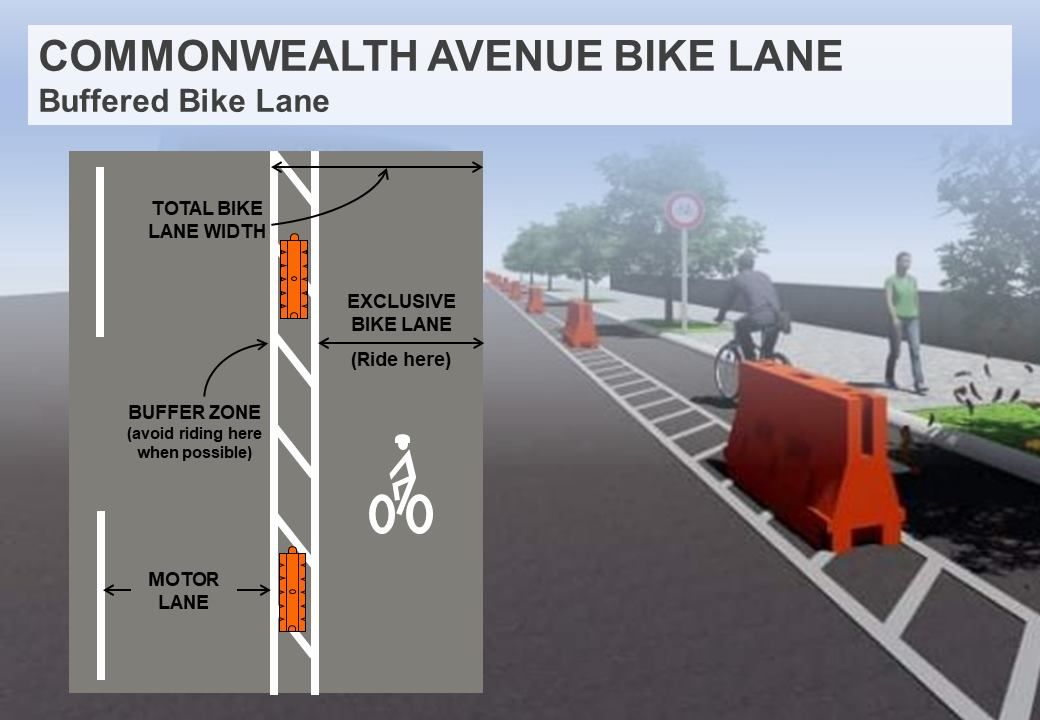 As Ramir Angeles, traffic engineer for the city’s Task Force for Transport and Traffic Management, explained in a Facebook post: “Hindi yung buffer mismo ang bike lane, but the lane to the right.”

So what’s the point of this buffer zone? Well, it functions as a sort of neutral safe area for both bikes and cars.

Speaking to SPIN Life from Singapore, where he is currently taking graduate studies, Angeles explained why Quezon City went for this design, which conform to the standards of the US National Association of City Transportation Officials. 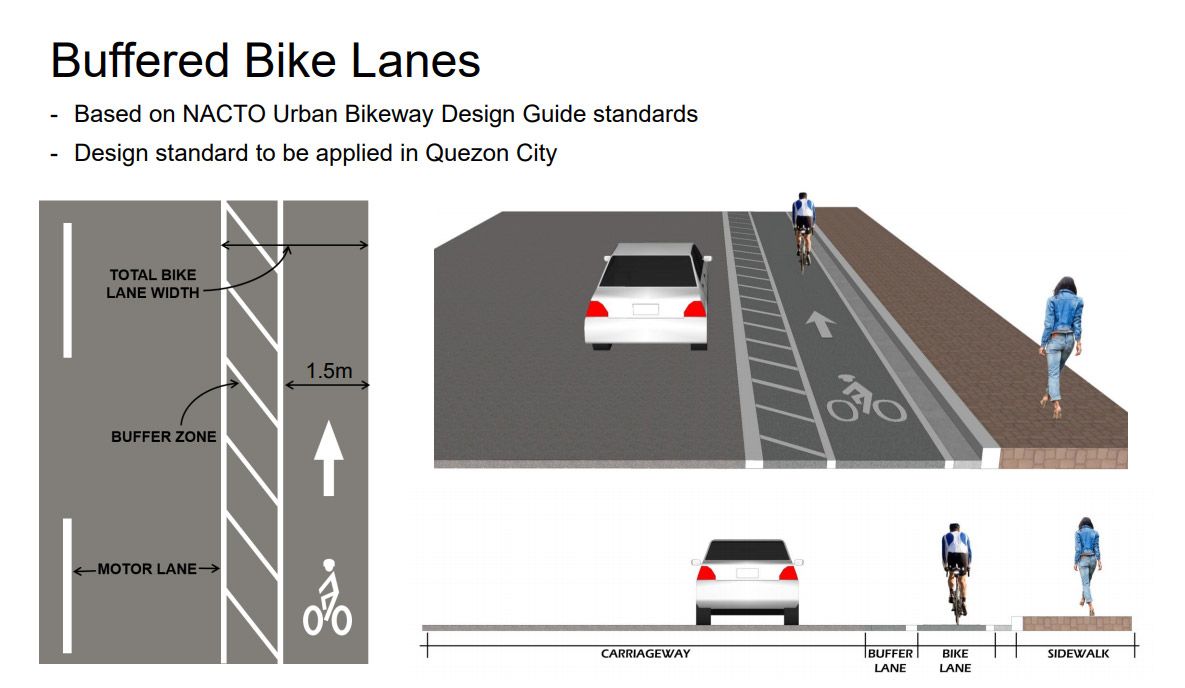 “QC wanted an improvement over the existing bike lanes which were just lines on the road, which did not really serve their purpose as a bike lane,” he said. “We decided that buffered bike lanes offer good visibility and additional separation between cyclists and vehicles.”

The city government had determined that existing bike lanes weren’t doing their job because they were, among other reasons, not that visible to motorists and lacking bike signage. They were also being used as parking spaces for cars.

These buffered bike lanes, Angeles said, are just a transition step towards the final form of the bike lane — a protected area similar to what you can find in the Netherlands.

He shared with us a presentation of how these protected bike lanes would look like. 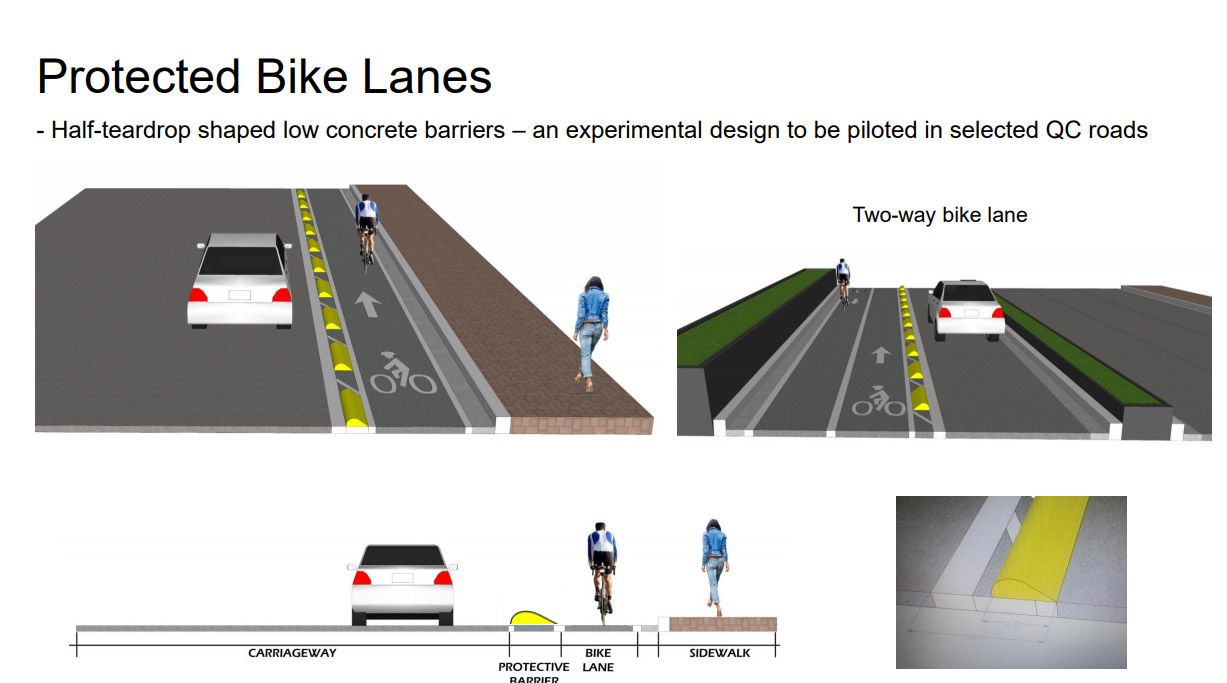 One type of protected lane will be separated from the car lane by half-teardrop shaped low concrete barriers. This will be piloted in select streets.

Another type of protected lane will replace those concrete barries with familiar plastic orange barriers — for “visibility and portability in case modifications are warranted.”

Angeles took the lead in planning and design work for the city’s network of bike lanes “primarily because the route plan is based on my own undergraduate research.”

He regularly commutes by bike, and has participated in bike races. During his college years, he immersed himself in bicycle facility design, which he now hopes to implement in a formal city-wide network of lanes for cyclists.

“We have a Phase 1 bike lane network which is now in the works,” Angeles shared. This 93-kilometer system covers many major roads in NCR’s largest city, including Commonwealth, Quezon Avenue, Elliptical Road, East Avenue, Agham Road, and more.

Angeles continued, “There's also a Phase 2 planned. But now the national government — Department of Transportation, Department of Public Works and Highways, and the MMDA — also have their own bike lane designs for national roads which also cover QC so we'll have to work together to harmonize our designs.”