HAMPTON, Georgia — Bubba Wallace donned a black T-shirt with the words "I Can't Breathe" and Nascar paused before Sunday's Cup race at Atlanta Motor Speedway to acknowledge the country's social unrest. The governing body vowed to to do a better job of addressing racial injustice in the wake of George Floyd's death.

During their warm-up laps, the 40 cars pulled to a stop in front of the empty grandstands and shut off their engines so Nascar President Steve Phelps could deliver a message over their radio sets.

"Thank you for your time," Phelps said. "Our country is in pain and people are justifiably angry, demanding to be heard. The black community and all people of color have suffered in our country, and it has taken far too long for us to hear their demands for change. Our sport must do better. Our country must do better." 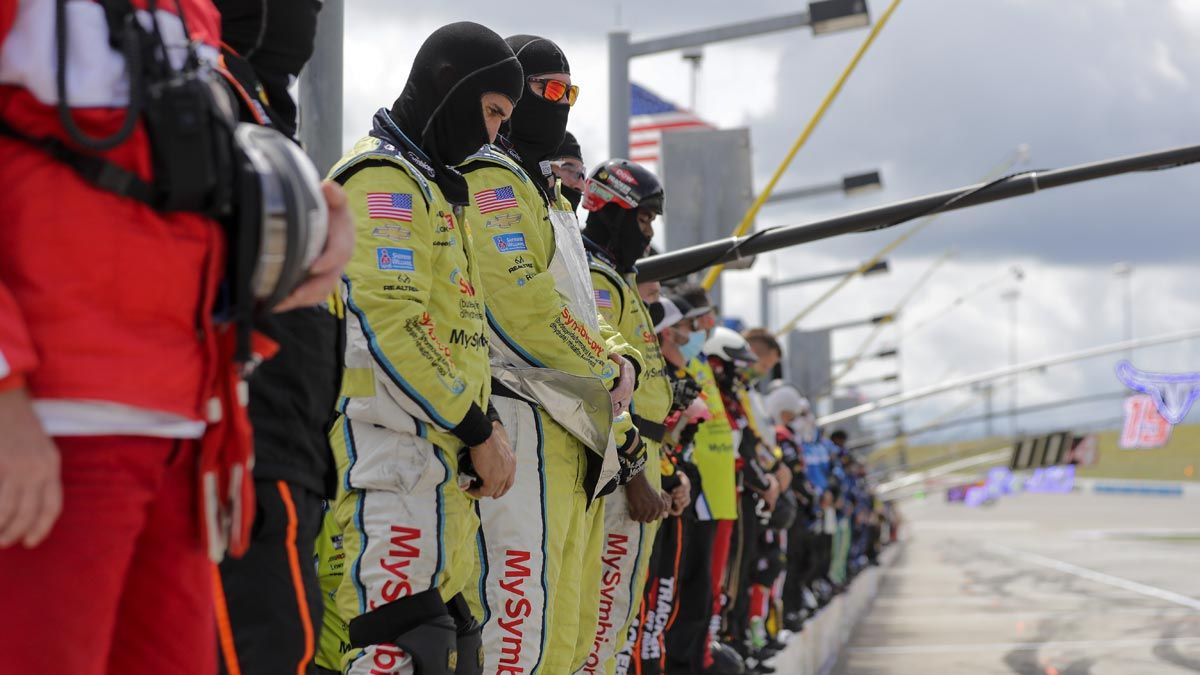 Crew members stand on the pit wall for a moment of silence before the Cup race at Atlanta Motor Speedway to acknowledge the country’s social unrest.

All 40 crews stood on the wall in front of their pit boxes.

"The time is now to listen, to understand and to stand against racism and racial injustice," Phelps said. "We ask our drivers ... and all our fans to join us in this mission, to take a moment of reflection, to acknowledge that we must do better as a sport, and join us as we now pause and take a moment to listen."

Wallace, the only African American driver in Nascar's top series, has been the sport's most outspoken voice since Floyd died while in the custody of Minneapolis police, sparking massive protests in all 50 states and around the world demanding an end to law enforcement brutality against people of color.

Wallace's T-shirt carried Floyd's pleading words when an officer, identified as Derek Chauvin, pinned a knee on his neck for more than eight minutes while he was handcuffed. Chauvin and three other officers have been fired and charged in the incident, which followed the deaths of Breonna Taylor and Ahmaud Arbery.

Protesters have cited all three African American victims in their demands for social justice.

After Phelps spoke to the Nascar drivers, they observed a 30-second moment of silence. Then, as the cars refired their engines and slowly pulled away for the green flag, the Fox broadcast cut to a video made by a number of Cup drivers, including Wallace and seven-time champion Jimmie Johnson, as well as retired star Dale Earnhardt Jr. 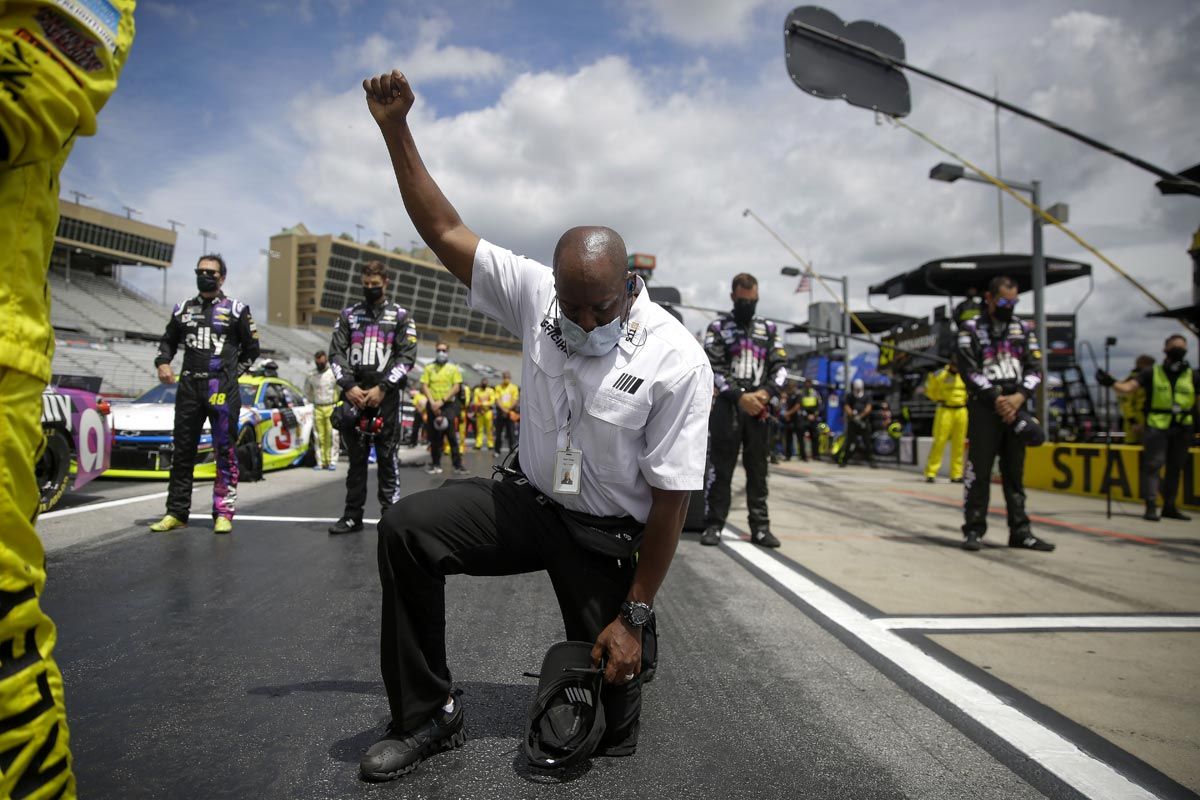 A Nascar official kneels during the national anthem before a Nascar Cup Series auto race at Atlanta Motor Speedway on Sunday.

Several drivers also posted the video on their Twitter accounts, vowing to "listen and learn" from the protests that have rocked the nation. They vowed to "no longer be silent" and pledged to "work together to make real change."

With its roots in the South and one-time embrace of Confederate symbols, Nascar has a checkered racial history. The organization has launched diversity programs but still struggles to shake its reputation as a largely white sport.

During a shutdown caused by the coronavirus pandemic, Nascar driver Kyle Larson was fired after casually uttering a racial slur while competing in a video racing game.

"We need step up more than we ever have before," said former Cup star Jeff Gordon, now a Fox broadcaster. "We are listening, we are learning and we are ready to change."