PROBABLY the most talked-about persona in Formula One right now is Max Verstappen.

It's only the latest plum in a career that started when the youthful Max became the youngest-ever F1 driver to win a Grand Prix, just after his debut with Red Bull Racing in 2016.

F1 is also becoming more and more prominent in the Philippines after the Drive to Survive Netflix series was released.

A week ago, a Filipina woman named Francisca Cellona shared a snapshot with the 23-year-old with the caption: "Ready na amo k sa F1 grand prix 2021." (Update, 31 May, 5:45 p.m.: It seems Cellona has already deleted her post.) 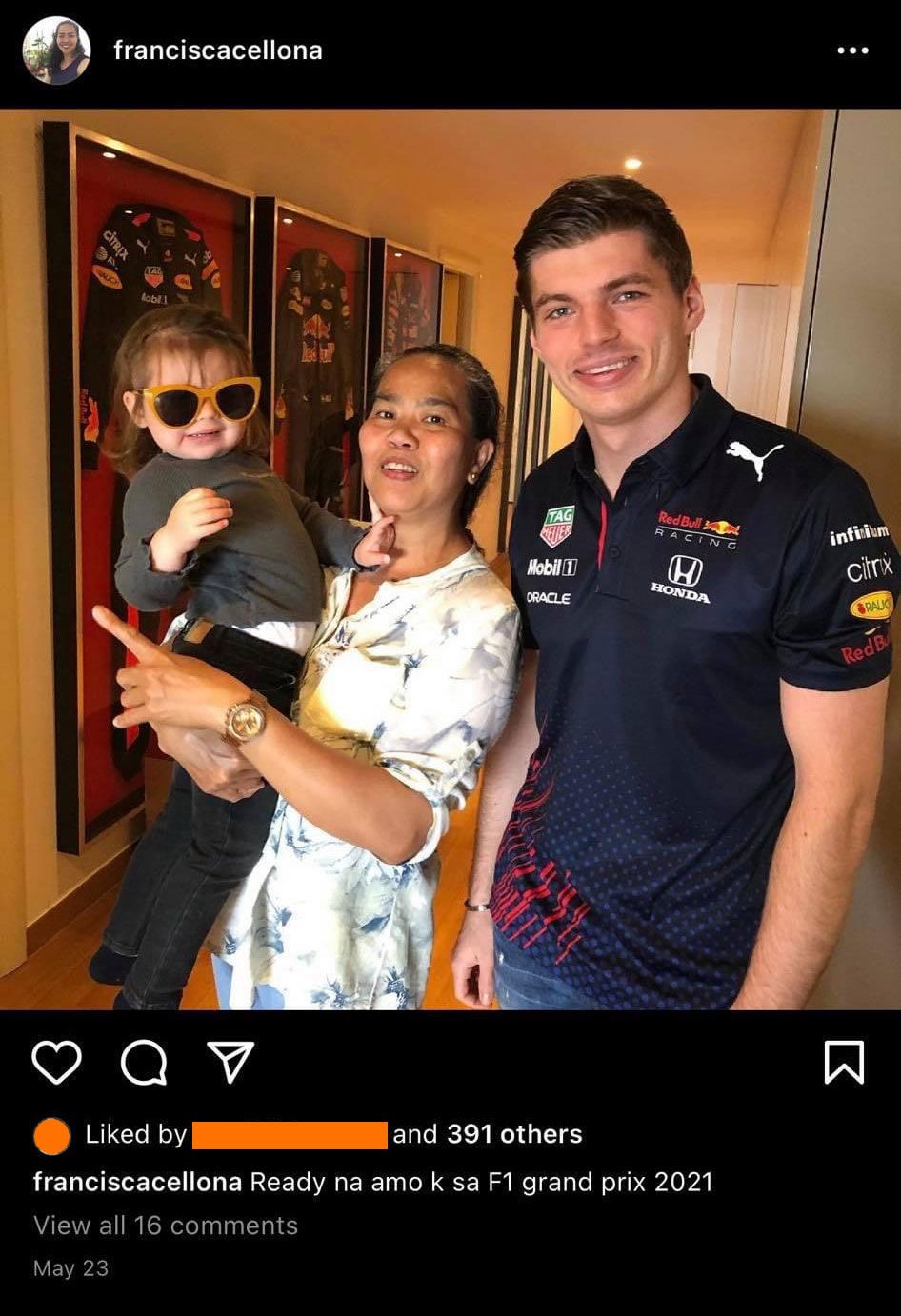 Cellona posing with Verstappen, while carrying ‘Baby P’, the daughter of Max’s girlfriend Kelly Piquet, inside a home that looks like Verstappen's apartment in Monaco.

Piquet, the daughter of three-time F1 World Champ Nelson Piquet, is among the followers of Cellona’s Instagram account.

In the comments section of the post, Cellona shared that it was the first time-ever she took a picture with him.

Piquet and Verstappen first went public about their relationship early in 2021.