THE 2016 Manila H.O.G. (Harley Owners Group) Rally certainly lived up to its billing as ‘the loudest motorcycle event of the year.’

“We’re not just here to promote the Harley Davidson lifestyle- we want everyone to enjoy the freedom of the open road and for our members to share their passion,” Salazar told SPIN.ph. 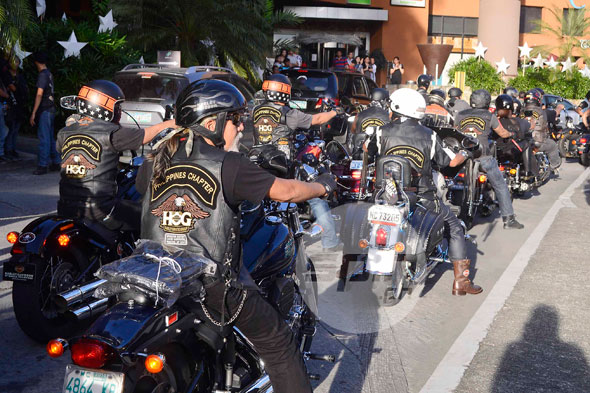 HOG currently has 150 active members, from its oldest member at 75 down to the youngest at 18, ever since it started in 2013. The group organizes regular activities that include monthly meetings and rides outside Metro Manila.

“We’re a mixed group. A lot of us are businessmen and professionals. We’re actually a family-oriented group,” said Salazar.

To start the event, HOG held a motorcycle rally from the Harley-Davidson showroom in Greenhills leading to the Promenade venue.

Loyal followers of the iconic brand came in droves, decked in biker attire — torn jeans, leather boots, do rags, chains and leather vests, jackets, belts and trousers. Names of clubs such as Hell’s Angels Philippines, Mad Dog Philippines and Anghel ng Lansangan adorned the backs of black leather vests worn by many of the participants. 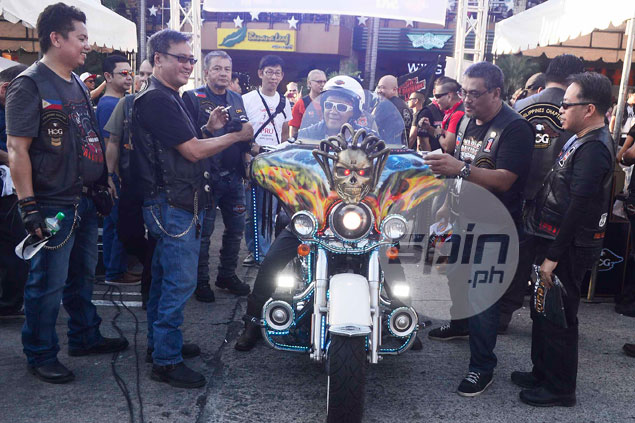 But the stars of the show were the hundreds of the classic motorcycles that trooped to the popular San Juan shopping mall. The polished chromes, knucklehead engines and bodies of the Cruisers, Streets, Easy Riders and contemporary models gleamed as they were displayed to the public and for other riders to check out.

There were two highlights to the day’s festivities: the raffle of an Electra Glide Ultra Low and Street XG750 and the launch of a brand new bike, the 2017 Harley-Davidson Milwaukee Eight.

Harley-Davidson of Manila executives Jay Bautista and Bernie Ledesma said the power cruiser, which is propelled by a reliable, emission-compliant 1,750cc, 8-valve engine, has a P1.888 million price tag and is already available at their showrooms along EDSA and BGC.

A beauty contest for the Miss Manila Motorcycle Rally 2016, the induction of new HOG members and the announcement of prizes from sponsors followed later on. 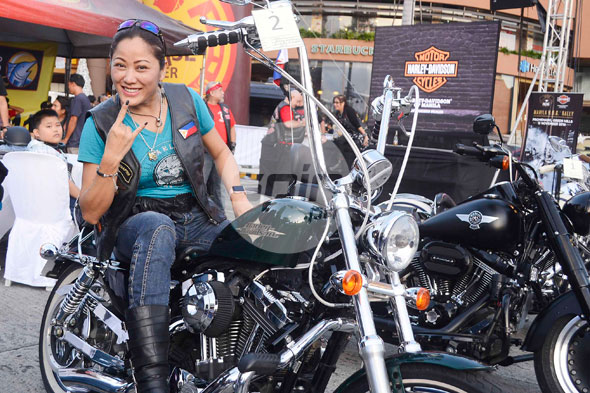 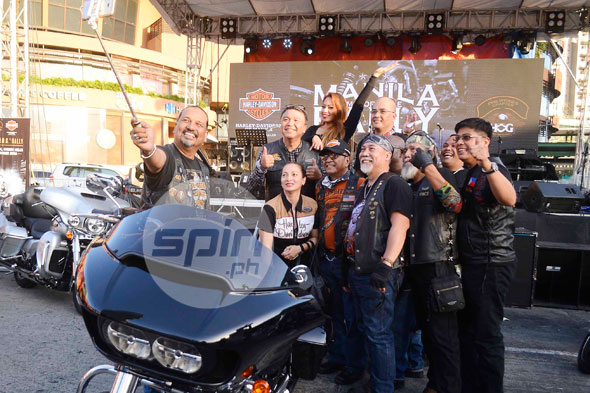