A reclaimed lead, an icon’s retirement: Looking back on the 2021 Dutch GP weekend

ALMOST four decades have passed since Formula 1 came to the Netherlands, and the thirst for speed has finally been quenched when they arrived at Zandvoort last week. Hometown hero, Max Verstappen, had a homecoming to remember thanks to his legion of supporters who have painted the grandstands orange with their outfits and smoke flares.

Dubbed as the “Orange Army,” these fiercely loyal fans are the largest that Red Bull’s team boss, Christian Horner, has seen in support of just one driver.

"If you drive through the town to the circuit, every house has got Verstappen flags. There is so much support for him, and I have never seen a nation get behind a driver in this manner,” said Horner. 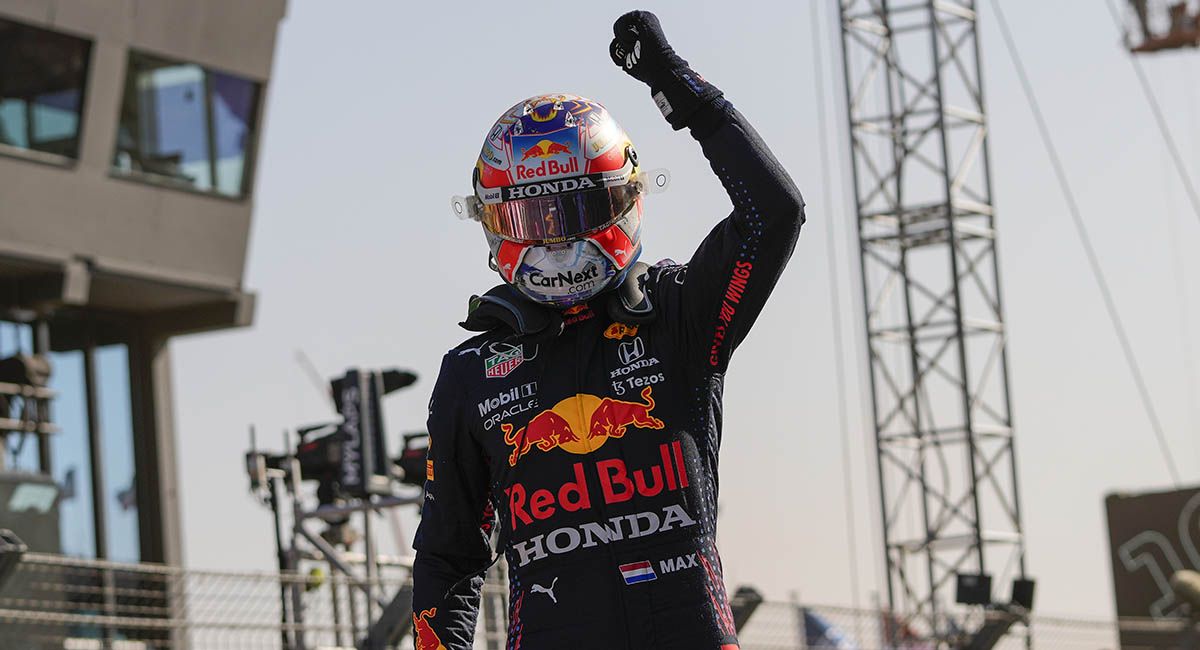 Hometown victory in a sea of orange

Verstappen certainly did not let the pressure get to him and had a victory to remember in front of his home crowd. After claiming pole and setting the fastest lap ever done in the circuit, he was able to cruise to victory — with a couple of hiccups here and there.

Their primary hurdle was that their rivals, Mercedes, secured 2nd and 3rd on the grid while the Red Bull of Sergio Perez was stuck at the back of the pack.

This meant that while the Mercedes duo of Lewis Hamilton and Valtteri Bottas had more freedom with their strategy, Red Bull had to be more vigilant and smart with every move. Bottas briefly took the lead when Verstappen pitted along with Hamilton, but he was eventually overtaken before being asked by his race engineer to yield 2nd place to his teammate.

Bottas attempted to set the fastest lap in the latter part of the race, but this proved futile as the team ordered him to abort the said plan in favor of Hamilton.

Fans found it a bit cheeky when it initially looked like he was disobeying the team, but some were happy that he did and that he was focusing on his own race amid rumors that he would be replaced in the top team next year.

Unless you’ve been living under a rock, it’s no secret that George Russell is tipped to replace the Finn and partner alongside Hamilton over at Mercedes. He has had lots of strong performances this season, and his strong qualifying stint in last week’s Belgian GP had been the defining moment thus far.

It even earned him a well-deserved 2nd place despite the “race” being a mere formality.

If this move comes to fruition, it would leave a vacant seat at Williams that is now being linked to two drivers: Formula E Champion and Mercedes F1 reserve Nyck de Vries, as well as former Red Bull driver and their current reserve Alex Albon.

In my opinion, they’re both really good drivers who are deserving of an F1 seat, though the timing of their previous F1 stints wasn’t ideal. Albon should have been given more time to develop in Toro Rosso/AlphaTauri, while de Vries was faced with the dilemma of an already filled-up 2020 grid.

Albon is considered to be the top choice, although his affiliation with Red Bull appears to be a stumbling block. Why, you ask? Williams’ engine is sponsored by none other than Mercedes, so they would obviously not want a driver with active links to their main rival. The

Mercedes Team Boss, Toto Wolff, did clarify however that he would not stand in the way of Albon’s possible F1 return.

"It's one thing about the power unit, and I think with Albon, he's a driver that deserves his seat in Formula 1… But it's tricky to have a 100% Red Bull driver on a Mercedes power unit. So, [we are] happy to work with him, as long as they let him free from his Red Bull contract,” he said.

These two drivers aside, it seems as though Bottas would find his way into a non-Mercedes-powered team in the event that he would be replaced. The team in question is likely the Ferrari-powered Alfa Romeo, who could feature an all-new lineup next year due to Kimi Raikkonen’s retirement and the possible replacement of Antonio Giovinazzi.

If the rumors are true then the contracts and announcements could be set before the triple-header ends in Monza.

The Iceman hangs his gloves

A hundred and three podium finishes, 46 fastest laps, 21 wins, and 1 championship — Kimi Raikkonen certainly had an illustrious and well-decorated career... one that will officially come to an end this year as he announced before the weekend that he will be retiring from the sport.

Tributes have flooded all over social media, with many of the current drivers reminiscing about his long career on video and social media.

Hamilton recounted a memory of always using the Iceman in racing games when he was young, while Vettel jokingly paused during his interview as a homage to the taciturn Finn.

At 41, Raikkonen’s gone from being the most inexperienced to having the most number of race starts in the sport’s history. Truly an icon and a driver like no other, his allure goes beyond his straight-to-the-point, no-nonsense demeanor. Raikkonen simply lets his performance on track do all the talking for him.

He was known to be fearless and extremely fast in his glory days, and we still get flashes of this brilliance in a couple of recent races such as the 2020 Portuguese Grand Prix when he overtook 10 cars at the start.

He might have missed the Dutch GP due to COVID, but I’m sure that everyone’s looking forward to his immediate recovery so that the Tifosi could see him race for one last time in the Temple of Speed next week. 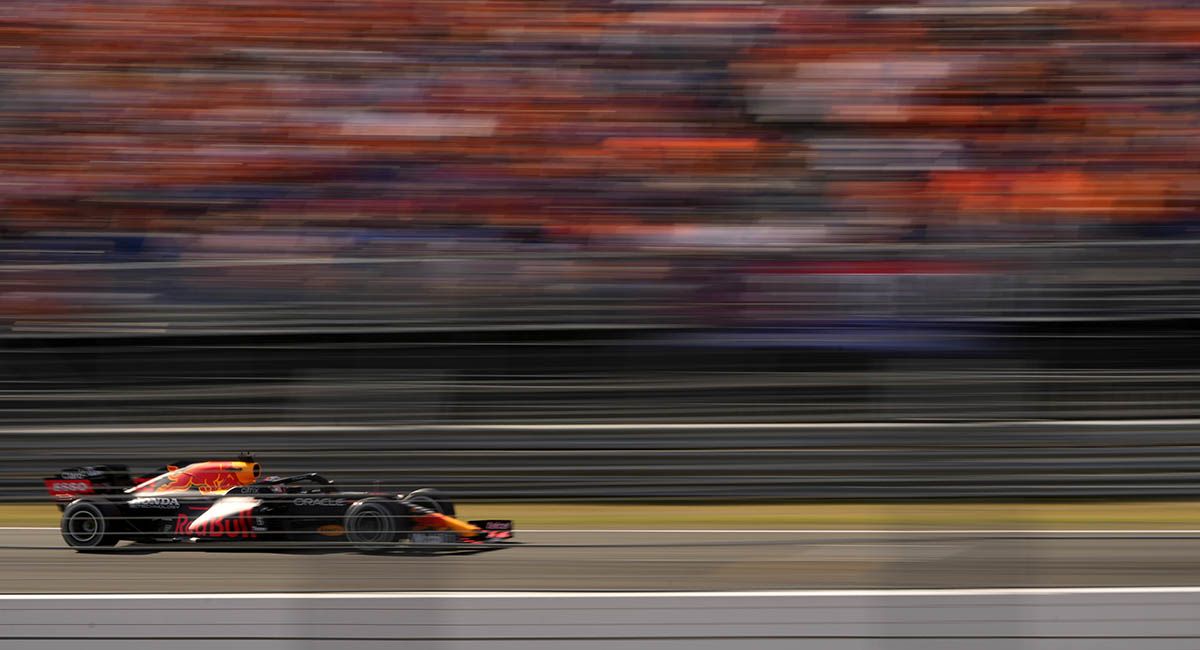 Updates on the rest of the grid

But apart from the infectious energy of the crowd, the race was not as action-packed as one would expect. While we did see a couple of wheel-to-wheel battles, there really wasn’t much that went on in the 72 laps.

It was great to see Perez climb all the way from P20 to P8, and his Driver of the Day merit was very much deserved, but other than that, there weren’t many movements in the pecking order.

McLaren had an average weekend that saw its rising star, Lando Norris, out of Q3 for the first time this season. His teammate, Daniel Ricciardo, started in P10 but finished just one position outside of the points.

On the other hand, their midfield rival, Ferrari, had a great weekend which saw them eclipse the Woking-based team in the standings by 11.5 points — all thanks to the joint effort and great pace shown by their drivers, Charles Leclerc and Carlos Sainz, who finished in 5th and 7th place respectively.

Alpine also had a great run with both drivers in the points, but the star of the midfield for this weekend would undoubtedly have to be Pierre Gasly.

The AlphaTauri ace showed great pace in the practice sessions and was able to carry it over to both qualifying and the race itself. He displayed a great drive that secured a 4th place finish, and this has been a great help in their battle for 5th against Alpine in the standings.

Despite Verstappen reclaiming the championship lead in the driver standings, Mercedes is still the constructor to beat as they’re ahead by 12 points.

I’m sure that Red Bull would want to close that gap and get the best of them when they race in Monza. It’s a track known to have long straights and fast corners which teams like Red Bull, and previously Ferrari, could take advantage of given their straight-line speed. But Mercedes is not one to back down, and we’re definitely in for a treat as the next chapter of this championship battle continues in the 2021 Italian Grand Prix.