LOOK: For new ECQ, this mountain biker made a DIY 300-meter bike trail

WHEN Wilmor Halamani Jr. found out that NCR (and NCR Plus) was heading into yet another lockdown, he decided to pick up, once again, a quarantine project he’d left unfinished after a year.

But while most of us would be content with, say, a house garden or a jigsaw puzzle or a workout routine, his quarantine project was a little bigger in scope. 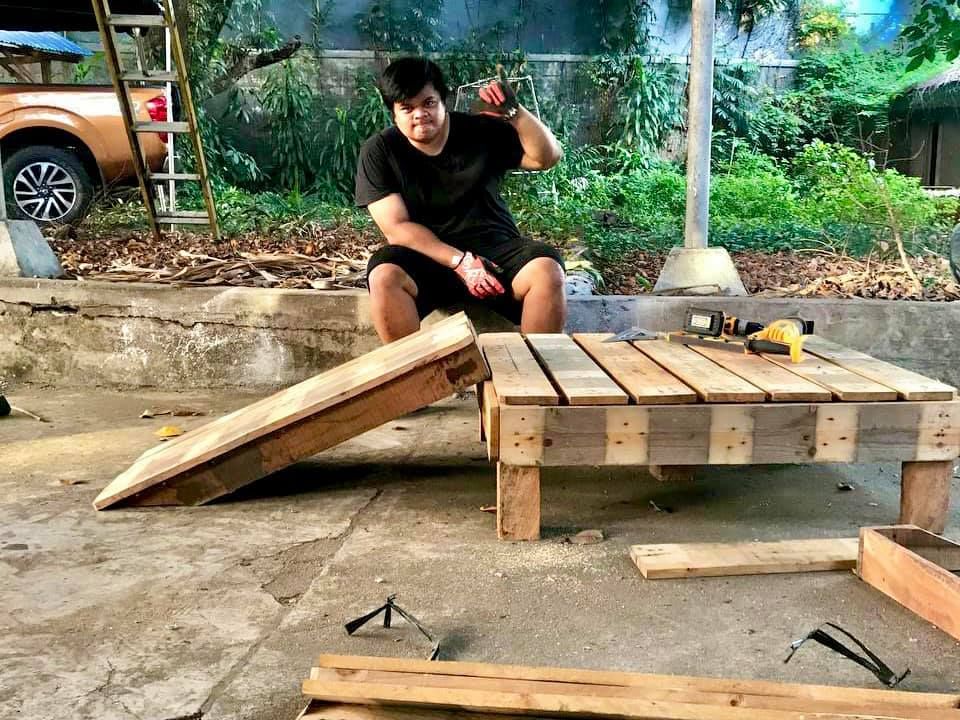 “We did a homebrew trail, basically,” the 35-year-old sales manager said. “It’s around 300 meters total in terms of trail, and so far, it’s what tides us over in times like this.”

A resident of Addition Hills, he jokingly calls his park “San Wuhan 2.0”, referencing an early pandemic-era joke when his city had one of the highest early case rates of COVID-19. Built inside his family property, the 1.0 version was dug up when he and his wife, both avid mountain bikers, began to realize last year that ECQ was “a marathon, and not a sprint.”

“We started out by cleaning out the yard,” Halamani said. “There's a lot of trees here and a lot of foliage, so we had to clean that out. We started to visualize how to make the lines. So we started with that. And then we got into a bit more by putting some more features like jumps and bridges.”

When ECQ Season 2 rolled around, Halamani cut down the weeds that had grown over the homebrew trail. He then began adding more features to the track.

“One of the main things I did was a 180-degree berm. It's like an embankment, a small embankment made of dirt,” he explained. Rising up from the track like the curving inner walls of a tire, “you use [it] to maintain your speed in a corner because you don't have to slow down. You have a mound of dirt supporting you when you corner.” 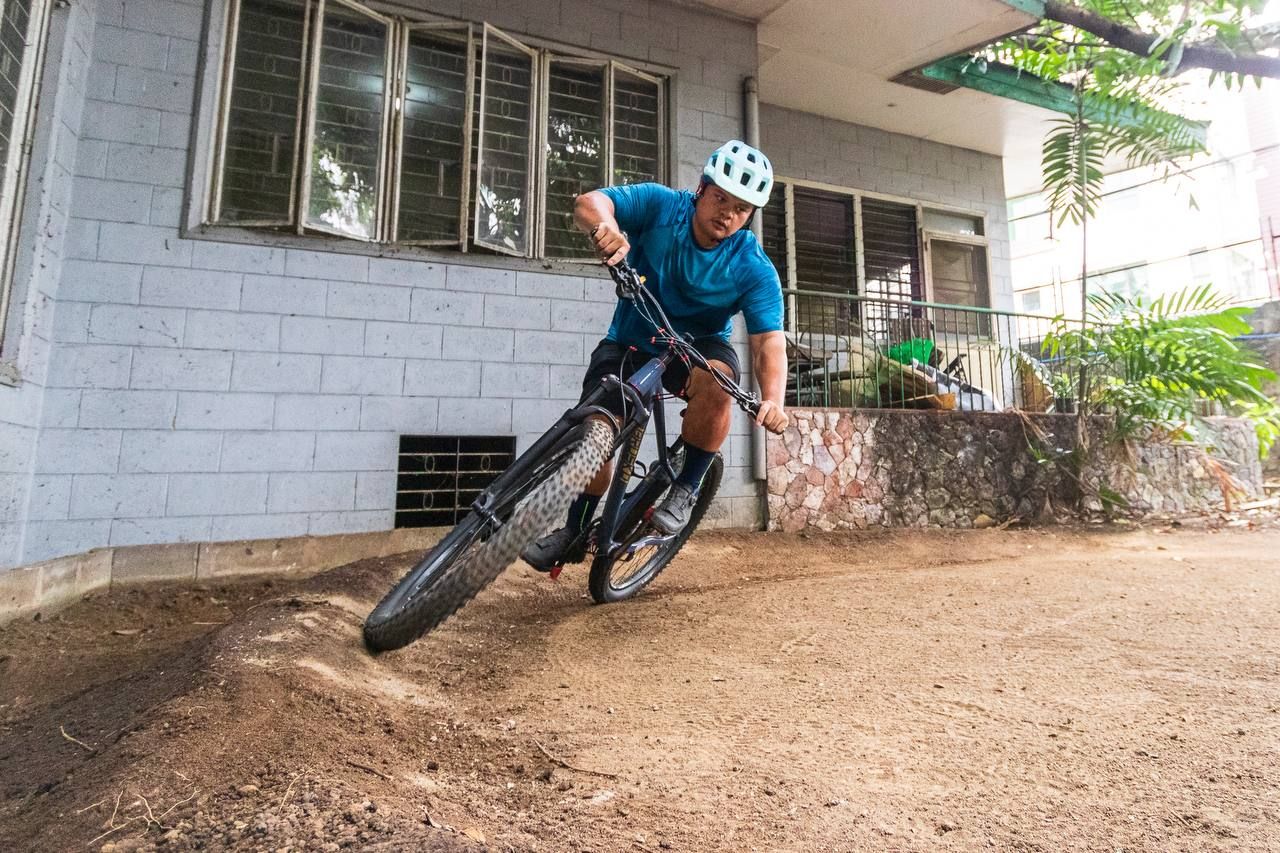 Halamani also ordered bundles of pallets from the Port Area, and constructed his own tabletop jump, a small rise with a dead flat plateau at the top.

“It's the safest form of jump because even if you mess up, you have something supporting you after, unlike a gap jump, which is a bit dangerous because you have to always go fast,” he said.

The trail snakes around the garden, and down to the tough adobe terraces that build the bedrock of the property. It then loops around again to end up in the driveway. 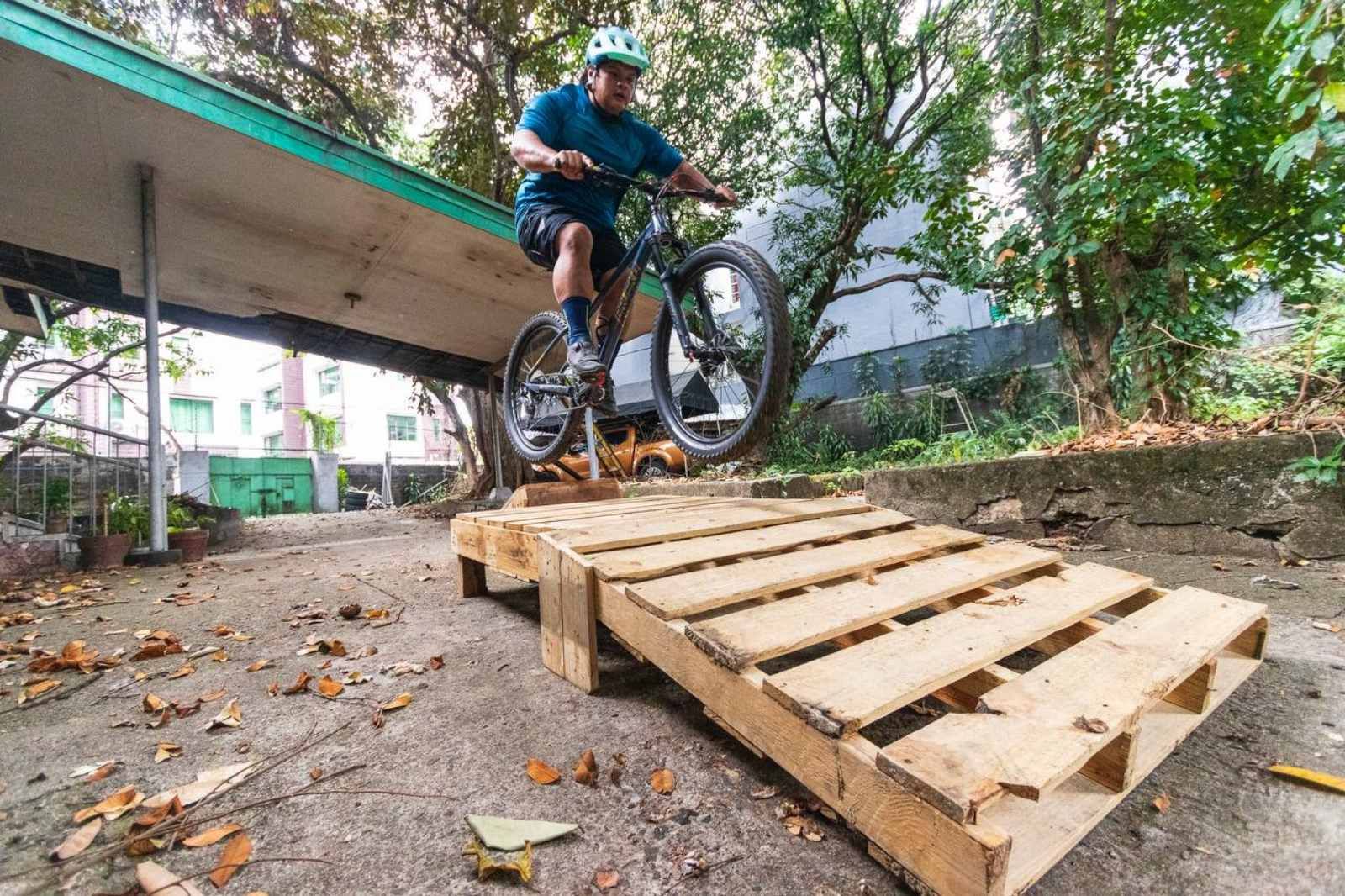 While version 1.0 was built so both he and his wife to supplement their usual rides in Filinvest and other trails, version 2.0 was made with a brand-new rider in mind: their own daughter.

“Actually, one of the reasons I did this [project] was because she's been spending too much time on her phone, and I don't like that,” the young father explained. “She's really happy. And I've never seen her wake up early just to do something aside from watch YouTube. So now, she's going out, riding bikes and that in itself is good enough for me.” 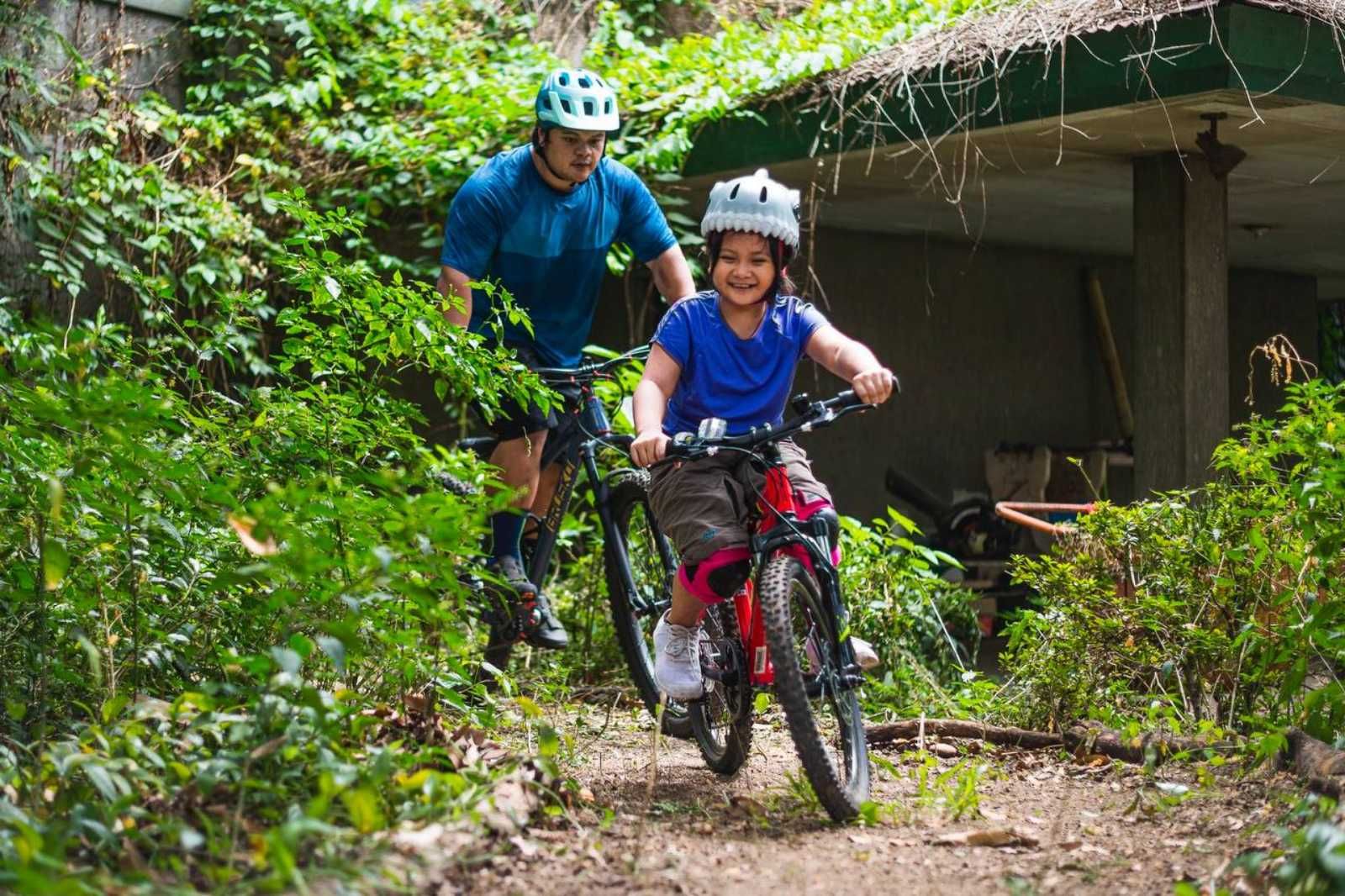 He may have to do some adjustments, however.

“She's a kid, and her bike is a lot smaller than mine, so what may look small for me is actually a bit too big for her,” Halamani said with a laugh.