DARLINGTON, S.C. — This was a 400-mile drive unlike any other in modern day Nascar.

The grandstands were completely empty. There wasn't a single tailgate inside the track. Everyone wore face coverings — some with the team logos, others opting for plain disposable medical masks. It was nothing close to the corporate sponsorship, pomp and patriotic traveling circus that symbolizes Nascar.

But when the engines fired at Darlington Raceway following a 10-week layoff during the coronavirus pandemic, it turned into a regular old race.

Kevin Harvick beat Alex Bowman to win Nascar's first race back, a spectacle closely watched to see if the largest racing series in the United States could successfully get back to work.

"I just want to thank everybody from Nascar and all the teams for letting us do what we do," Harvick said. "I didn't think it was going to be that different, but it's dead silent out here. We miss the fans."

Nascar developed a health plan approved by officials in both South Carolina and North Carolina and scheduled seven races over the next 11 days at two tracks. As other states began to open, the series tacked more races to fill the calendar with 20 events across seven Southern states between now and June 21. There will be no spectators at least through that date.

But to even get to the Coca-Cola 600 next week at Charlotte Motor Speedway, Nascar had to get it right at Darlington.

Teams were required to submit rosters in advance with only 16 members allotted per car. Names were on a list at a checkpoint at the end of a gravel road just off Harry Byrd Highway and everyone who passed through had their temperature checked and logged before they could enter. 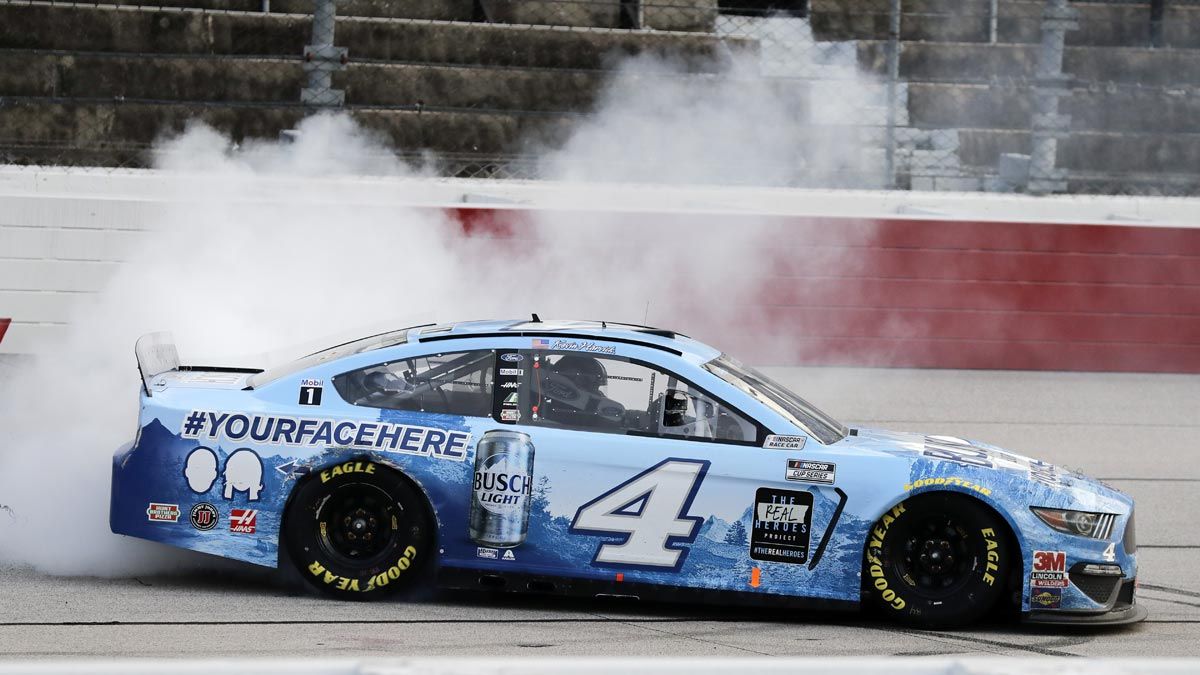 Nascar did not have to turn anyone away, and all 40 drivers were cleared to race. Nascar has declined to do COVID-19 testing to ensure those tests go to those in need.

Among those to make it inside were Ryan Newman, back for the first time since he suffered a head injury exactly three months ago in a wreck on the final lap of the Daytona 500. Newman missed only three races because of Nascar's shutdown and finished 15th in his return.

Also in the field was Matt Kenseth, who at 48 was the oldest driver at Darlington and he raced for the first time since the 2018 season finale. Kenseth was brought out of retirement by Chip Ganassi when Kyle Larson was fired for using a racial slur during an iRacing event that kept Nascar occupied when racing was on hold. Kenseth finished 10th.

The odd and empty setting was the backdrop for some typical Nascar mishaps. Seven-time champion Jimmie Johnson crashed while leading on the final lap of the first stage, a better result than poor Ricky Stenhouse Jr., who barely made it out of the second turn before he crashed. 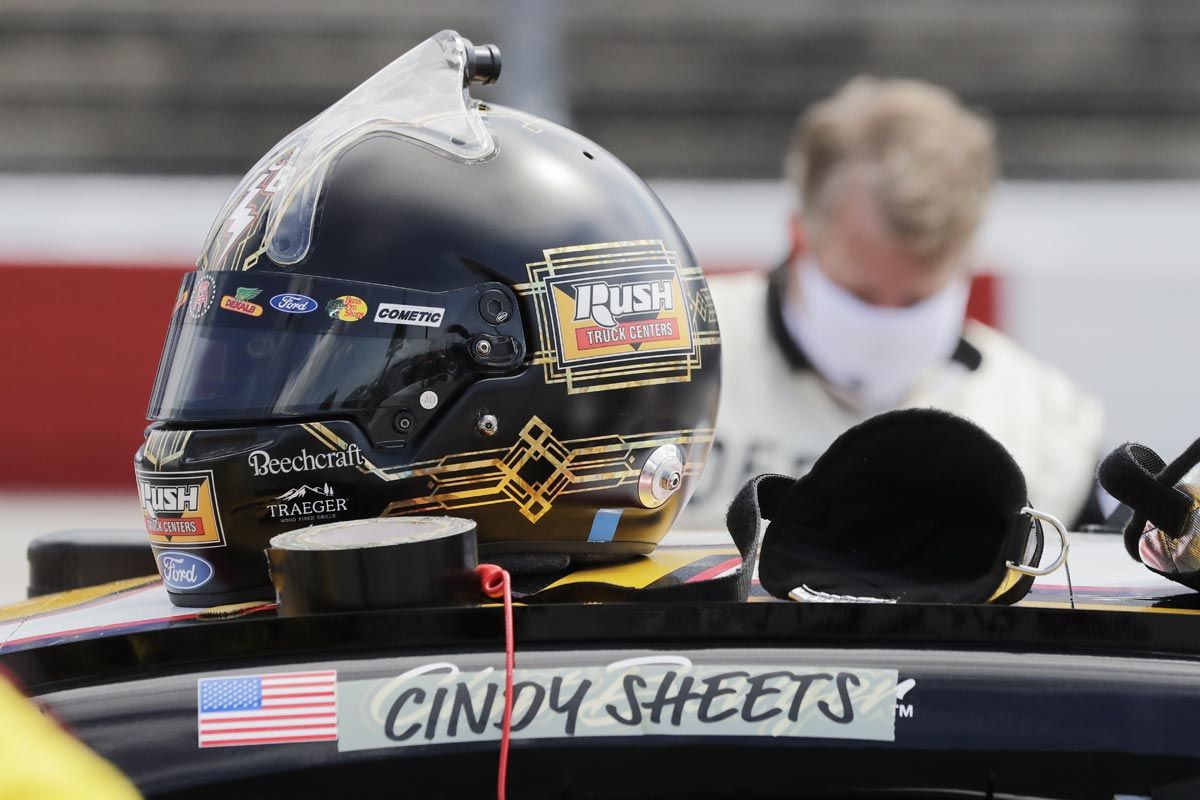 The name of Cindy Sheets covers the name of driver Clint Bowyer before the Nascar Cup Series race in Darlington, S.C. Names of health care workers have been substituted for the drivers' name above the door on each of the 40 cars.

And even without fans allowed on the property, a small grass fire still broke out behind a section of the track. Gray smoke billowed during a caution, which isn't that odd a sight at a Nascar race.

Bowman, who signed a one-year contract extension with Hendrick Motorsports on Saturday, was second. Kurt Busch, winner of the closest finish in Darlington history, was third for Ganassi.

Chase Elliott gave Hendrick two cars in the top-four. Denny Hamlin was the highest-finishing Toyota driver at fifth for Joe Gibbs Racing, one spot ahead of teammate Martin Truex Jr.

Tyler Reddick, a rookie with Richard Childres Racing, was seventh at "The Track Too Tough To Tame."

Erik Jones, winner of the Southern 500 here last September, was eighth and John Hunter Nemechek was the second rookie inside the top-10 at one of the most technical tracks on the circuit. It was the first top-10 for Front Row Motorsports on a track other than a superspeedway in three years. 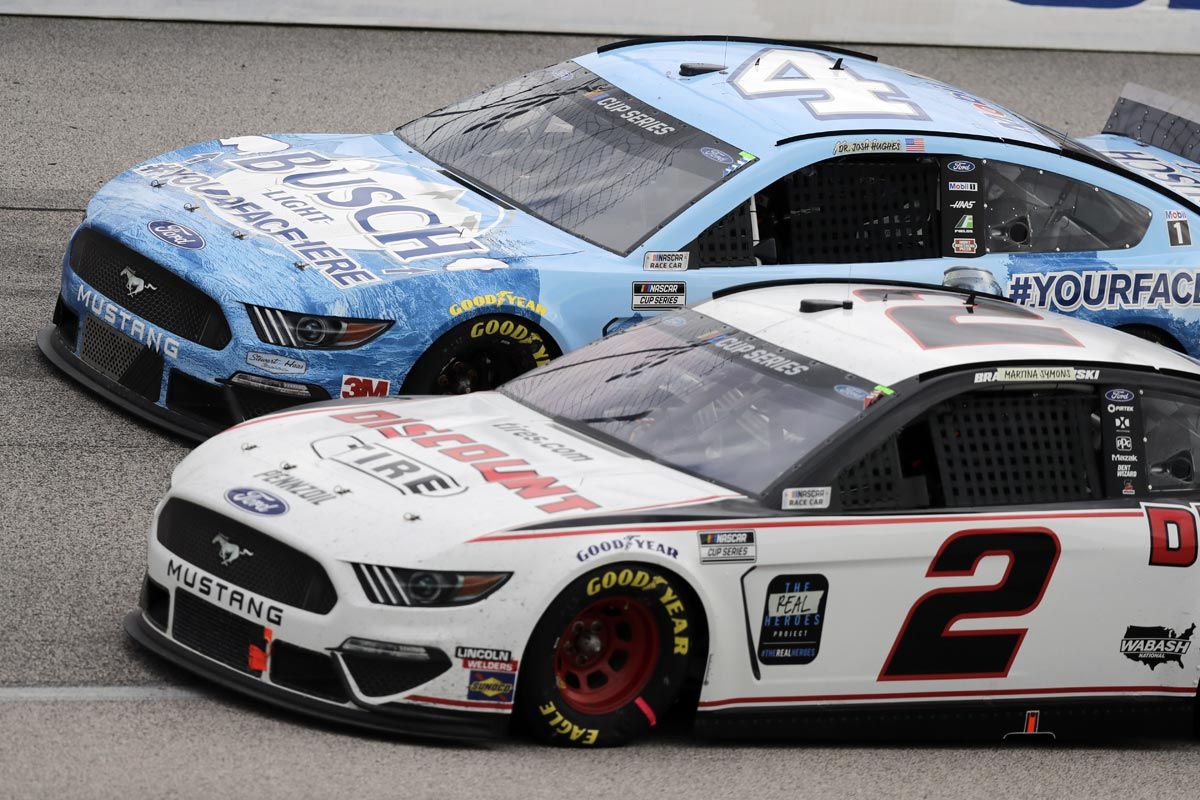 It was the 50th career victory for Harvick, in a Ford for Stewart-Haas Racing. A previous winner at Darlington, Harvick led 159 of the 293 laps.

Nascar's elite Cup Series next races Wednesday night at Darlington, which is hosting three events in four days before the sport shifts to Charlotte.