WITH many PBA players getting into motorcycles now, it seems difficult to enforce the clause on the Universal Players’ Contract that forbids them from “using transportation on two wheels.”

In an interview with Spin.ph last year, Commissioner Willie Marcial himself admitted that the league affords a lot of leeway when it comes to this particular provision.

Marcial is also very much aware that a lot of high-ranking team executives have a love for two wheels, as well. But he admonishes those players aboard motorcycles to keep in mind why the clause is there in the first place. 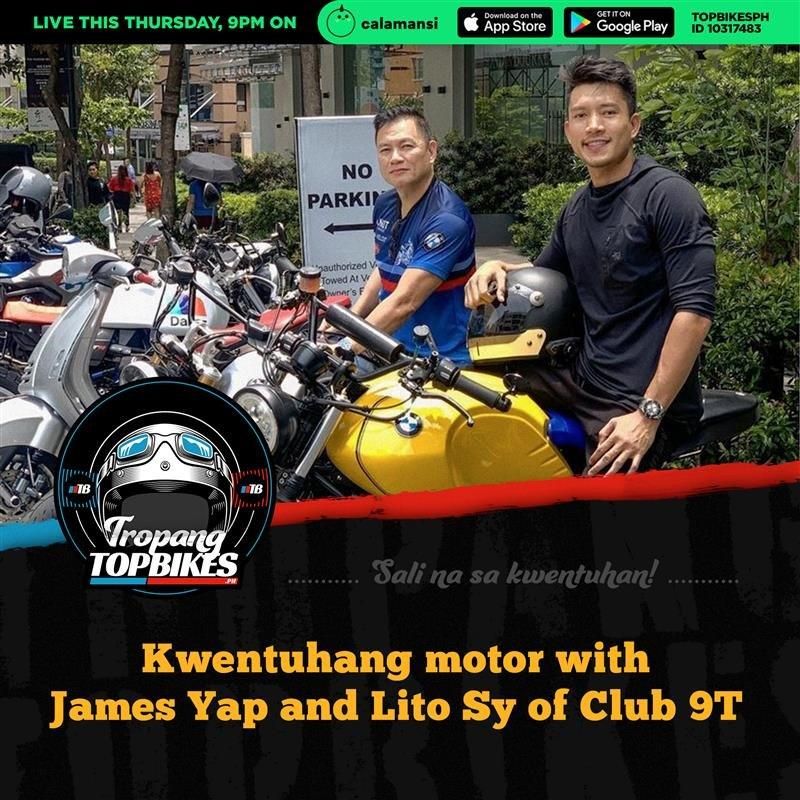 In the Calamansi audio show Tropang TopBikes, avid rider James Yap elaborated more about this to the Top Bikes team. (Top Bikes is a fellow brand under Summit Media, which also runs Spin.ph. If you're a motorcycle fan, check the site out. Meanwhile, Spin.ph is also on Calamansi; check out our upcoming shows in the app, which you can download on Google Play and the App Store.)

Yap is part of Club 9T, a group of R nineT-loving motorcycle enthusiasts that includes LA Tenorio and KG Canaleta. In the Philippines, the R nineT and other BMW big bikes are distributed by SMC Asia Car Distributors Corporation. As the initials suggest, it is run by San Miguel Corporation’s Ramon S. Ang.

But he did add that “Meron talagang ibang teams na ayaw.”

Elsewhere on the show, Yap talked about his love for motorcycles. He began riding when he was still in his early teens, taking around his dad’s old underbone. But he began to seriously become a collector when he got his own Vespa.