Volunteer-driven project attempts to answer: How many cyclists are in Metro Manila?

EARLIER THIS year, a community of volunteer mobility advocates attempted to do a comprehensive survey of just how popular biking has become in the capital city.

A team of 168 volunteers were deployed along crucial roads in four NCR cities — Marikina, San Juan, Pasig, and Quezon City — on June 8, 2021, during morning and afternoon peak hours. Using manual count techniques, the volunteers attempted to quantify how many bikers and commuters using personal mobility devices they spotted on the roads.

This project, organized under the aegis called Metro Manila Counts, has just released a report of its findings. While they would be the first to tell you that, due to manpower, lockdown, and technological hurdles, the results are likely to be undercounted, they recorded 38,932 cyclists, 12,787 pedestrians and 1,658 users of PMDs (including electric scooters, roller blades, and even unicycles) in that one day of counting. 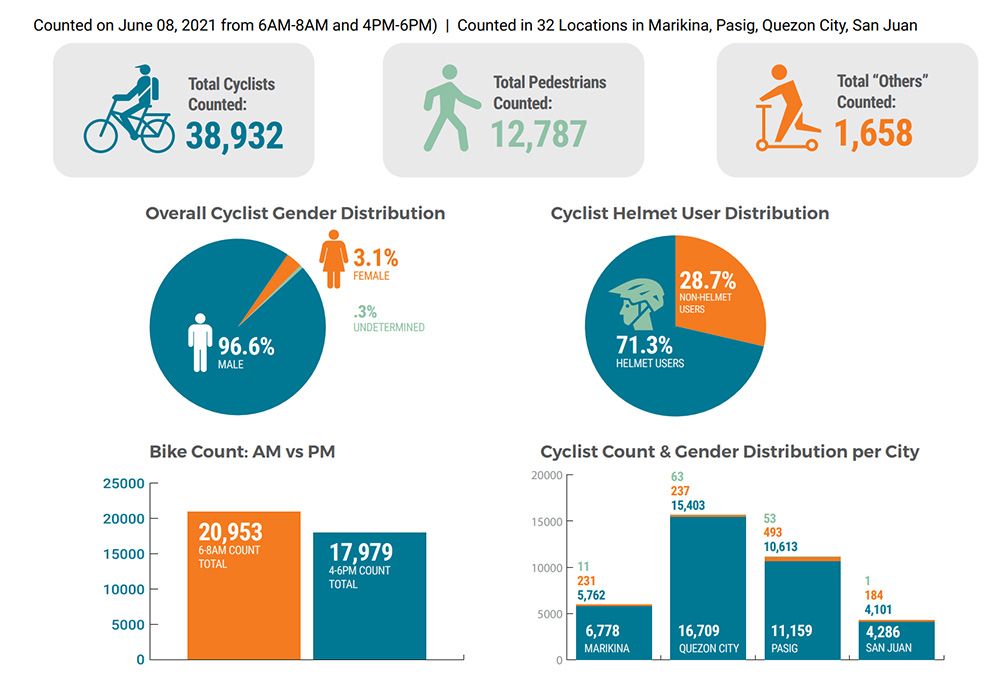 “On a per kilometer basis, the 38,932 people on bicycles would have an accumulated P87,597 worth of savings from public jeepney fare (based on PUJ ordinary minimum fare distance: P9 per 4 km or P2.25 per km),” the report went on.

The amount that these bicycle commuters saved on jeepney fare would be enough to feed 219 Filipinos a month, Metro Manila Counts declared. 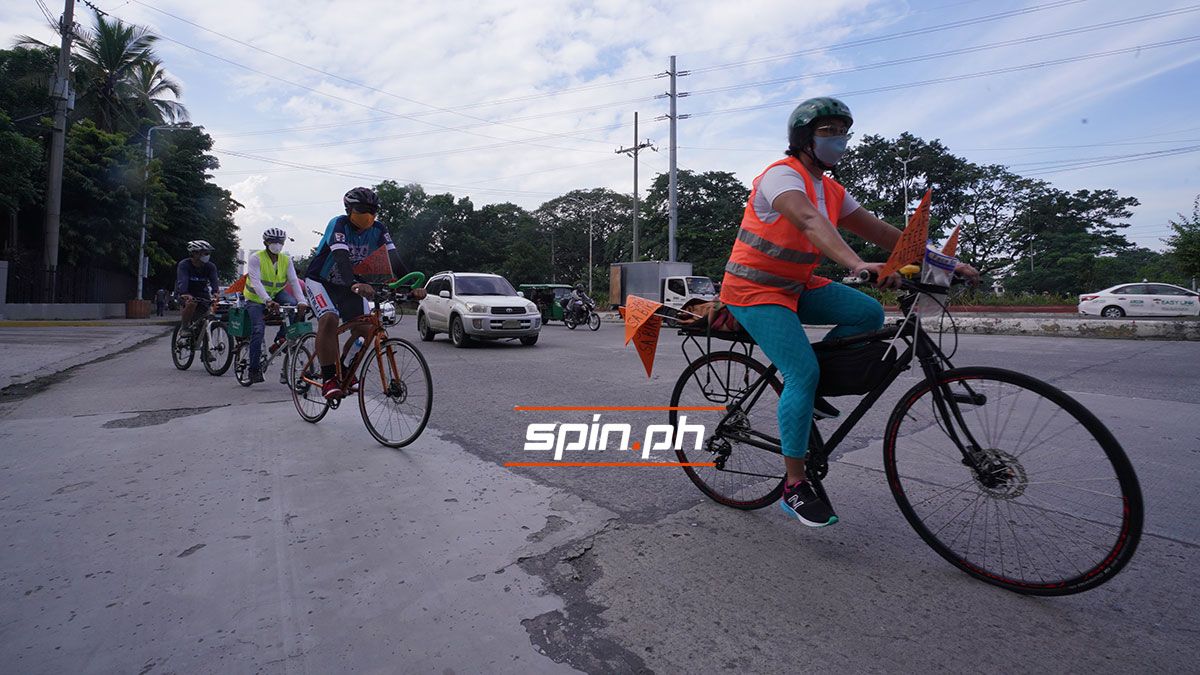 The report also had a detailed city breakdown, especially in terms of heaviest road usage among bicycle users.

In addition, it also noted that helmet use is “relatively high” among the observed cyclists, and suggested that the wide gender gulf between male and female bike commuters could be a result of a “cycling gender gap” that can be found in areas with undeveloped cycling infrastructure.

Metro Manila Counts ended the report with several recommendations for a more complete study of cyclists in the NCR.

These include rolling out longer observation periods across a wider geographical area and longer period of time.

For example, the report said, “To address the limitations on the number of volunteers — rather than a simultaneous count in all cities, counts can be done per city on a common day on different working weeks.”

You can read the full Metro Manila Counts study here.