by stephen whyno, ap
A day ago

HOCKEY equipment manufacturer Bauer has shifted from making visors for helmets to medical visors for those fighting the coronavirus pandemic.

When hockey came to a halt amid the global pandemic, Bauer faced the possibility of closing its manufacturing plant in Blainville, Quebec, but engineers there instead brainstormed the idea of producing medical shields to help protect people on the front lines of the fight against COVID-19.

They came up with a prototype, and Bauer vice president of global marketing Mary-Kay Messier said there were already 100,000 devices ready for distribution. They're expected to first go to doctors and nurses in Canada, then the U.S.

The medical shields are being produced in Quebec and a facility in Liverpool, New York, that primarily makes Bauer's lacrosse equipment. The company, which is headquartered in Exeter, New Hampshire, said its Liverpool facility made 1,300 face shields Thursday (Friday, Manila time) with a goal of producing 2,000 more Friday and 4,000 daily next week.

"There's a real shortage, a dire shortage of medical devices and gear that's needed to keep people on the front lines safe," Messier said. "We all want to figure out how we can make a difference." 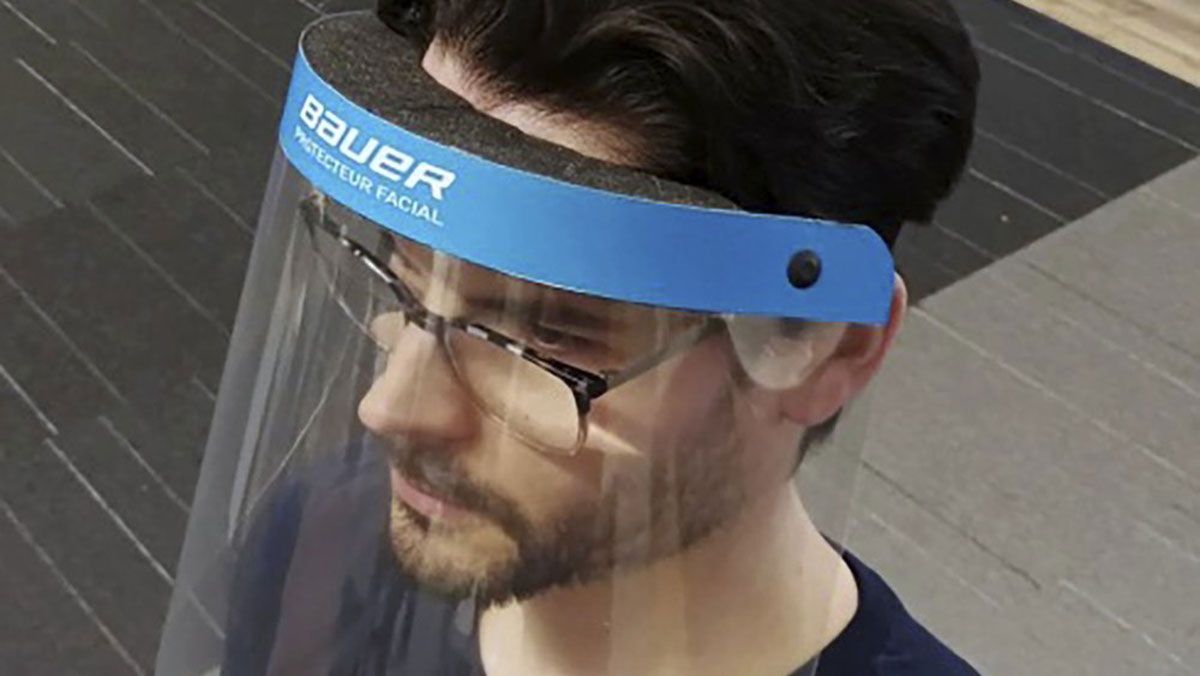 U.S. Sen. Maggie Hassan of New Hampshire said on Twitter she's "proud to see this NH business adapt to help health care workers' needs during this time." Columbus Blue Jackets captain Nick Foligno tweeted his support: "Awesome work @BauerHockey. Like many, I'm proud to wear your equipment! Thanks for making a difference where it matters!"

Spokeswoman Vanessa McMains of Johns Hopkins Medical Center in Baltimore said volunteers are assembling face shields and 35,000 fanny packs with gloves, masks and hand sanitizer to be distributed to those in close contact with COVID-19 patients. She said Johns Hopkins was preparing for a shortage in the U.S. similar to what has happened to other countries around the world.

"Every company has something that they can contribute," Messier said. "It's just a matter of a little bit of creativity to try and think about what it could be."

Bauer is still ramping up production of the medical shields, and Messier said she hopes other companies follow suit. She said in times of tragedy, rival manufacturers should not be competitors.

"You're really just all in on it together in how you can help the team," she said. "I think about hockey. It's really a team sport, right? And we're fortunate to work in that kind of environment, and in this time it's about how can we support the greater community."

Fellow manufacturer Warrior Hockey tweeted: "In times of need, we're all on the same team. We commend @BauerHockey's efforts to help keep our medical professionals safe."