Who will win this year's F1? Marlon Stockinger gives his predictions

COMING off the summer break, we’ve got quite a few races left in the season and the championship battle’s looking fiercer than ever. Thanks to the win in a bizarre Belgian Grand Prix (which now holds the record for the shortest ever F1 race), Max Verstappen has closed the gap between him and Lewis Hamilton with just 3 points splitting the rivals. The constructor standings have also been updated with Red Bull... just 7 points shy from making it an even match against Mercedes.

It’s been a while since we last saw a battle this intense. Spin.ph talks with Fox Sports F1 presenter and former Lotus F1 Junior Marlon Stockinger to share his insights.

The Filipino-Swiss racer definitely knows what he’s talking about — he’s raced with some of the drivers on the current grid (such as Carlos Sainz Jr.), and he’s very knowledgeable on the ins and outs of motorsport as he has competed in various racing championships such as the Formula Renault, GP3, and GP2 series. 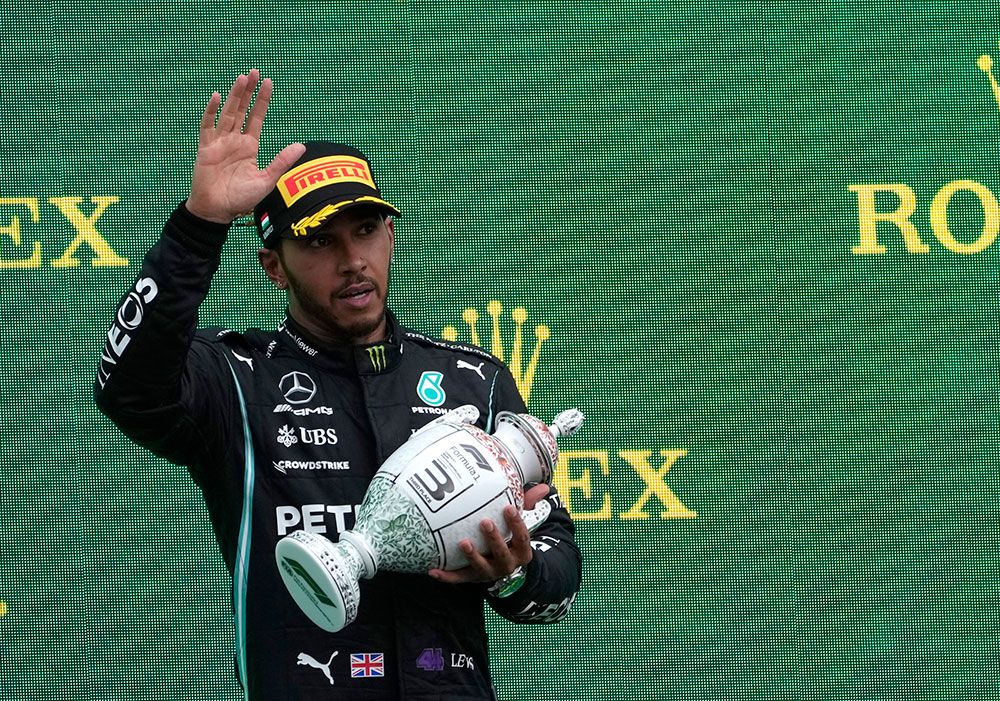 Hamilton vs. Verstappen: Who’s the title bet in the F1 mid-season predictions?

Right off the bat, we asked Stockinger who he thinks would win the championship. He was actually pretty torn about it.

“From a driver’s perspective, it’s very difficult to say,” he said. “You’ve got Lewis, an experienced world champion [for] multiple times over multiple seasons… and on the other hand, you have Max Verstappen, [a] young wolf [who’s] hungry, the youngest race winner in Formula 1 history but then at the same time still hasn’t had a title to his name which is what’s missing in his stellar career.”

He ultimately went with Hamilton on the basis of his experience… but with the caveat that Verstappen has the insane skills that could still clinch the title.

“[Verstappen] in the best position now with Red Bull immediately being on the pace when the season began. I’d say [that] at the end of the day though, I think that age over youth [maybe] in a circumstance like this where experience [and] being in this sort of situation, whether it’s with a superior car, will really pay dividends towards the end of the season. [This is why] I’m only ever so slightly going with Hamilton,” Stockinger concluded.

As for the Constructors' Championship?

“At this point, I’d say Mercedes ‘cause they just have more resources,” he said.

He’s not ruling totally Red Bull out. But Stockinger continued: “Red Bull, somehow, over the many years so far, especially with Max being in the team, seems like they are only able to get performance to a certain degree out of one car which is normally Max’s car. Mercedes (from a financial, resource, and team perspective) have more chances to lock up the Constructors' Championship.”

But one factor that might throw his prediction out the window, said Stockinger, “is that Bottas has just not been doing the job correctly, and I think that has to do with the pressure that’s built upon how well [George] Russell has been performing.”

The battle for the 2022 Mercedes seat

Speaking of Russell, we also took the chance to ask him about his thoughts on who should partner up with Hamilton in the next season. A majority of the F1 community’s been rooting for the Williams ace but Hamilton himself has been quoted as saying that he would prefer to maintain their current line-up.

“It’s a very difficult decision,” concurred Stockinger. “[Mercedes team boss] Toto [Wolff], at the end of the day, was always overseeing Bottas’ career and gave him his shot [at Formula 1]. Hamilton would of course want to keep the line-up as it is since Bottas has been a comfortable number two to him. He’s been winning world championships [with him] and you sort of need this cohesiveness and synergy with your teammate.” 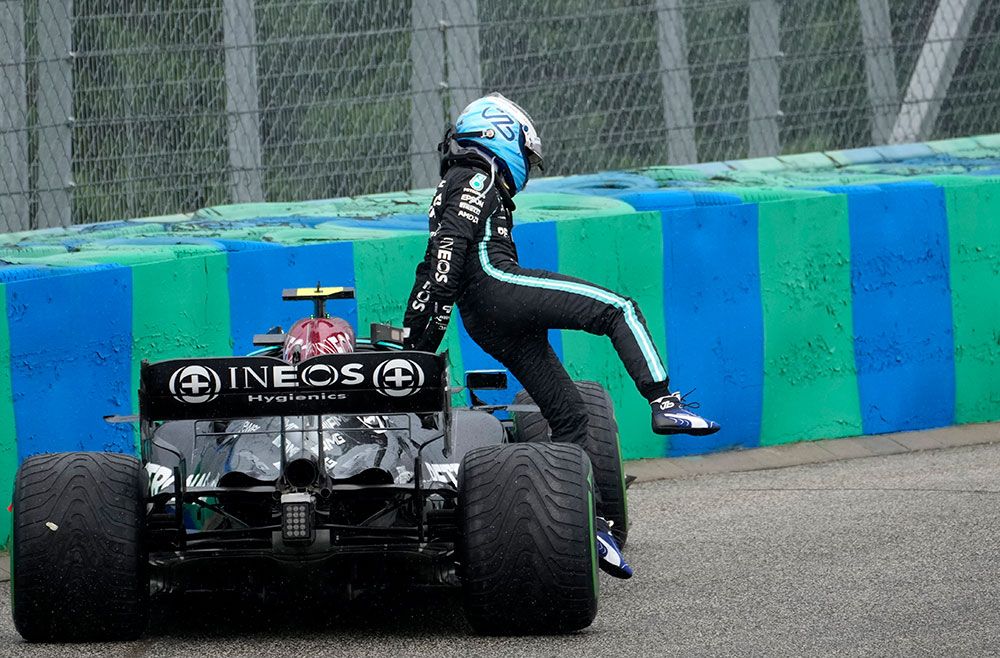 The commentator added, “Bottas also, I think, does not play a lot of games and it’s really more about the team. As selfish as you are as a racing driver, the team still wants to have the results.”

However, he knows that it’s really difficult for Wolff because you also have to look at the future of the sport ⏤ which is who Russell and his generation are.

“These drivers, such as Russell, Norris, and Ocon, would be around for a longer time and you’d want to set up your team around the right generation moving forward. There’s a long-term future decision to be made and maybe picking Russell is the right decision to make in the future,” argued Stockinger.

In the end, it’s a 50/50 coin toss for Stockinger. “Decisions really take long for situations like this.”

Moving on from the title battle and the Mercedes seat debacle, we asked Marlon if there were any standout drivers in the season so far.

Without a doubt, McLaren’s Lando Norris took the spotlight. “He’s been incredible, on another form and another level. He’s paired with Daniel Ricciardo, who is a highly regarded driver, but he’s becoming more of a team leader towards his much more experienced teammate,” said Stockinger.

Praising his more serious and more mature attitude, especially compared to his previous years, the analyst added, “I think that he has now identified himself as one of the best drivers on the grid, and he is [very] young as well. He’s got a bright future ⏤ a future world champion, potentially.”

Marlon agrees that there is much excitement in the midfield this year — but if push comes to shove, he thinks that Ferrari could take 3rd place away from McLaren. 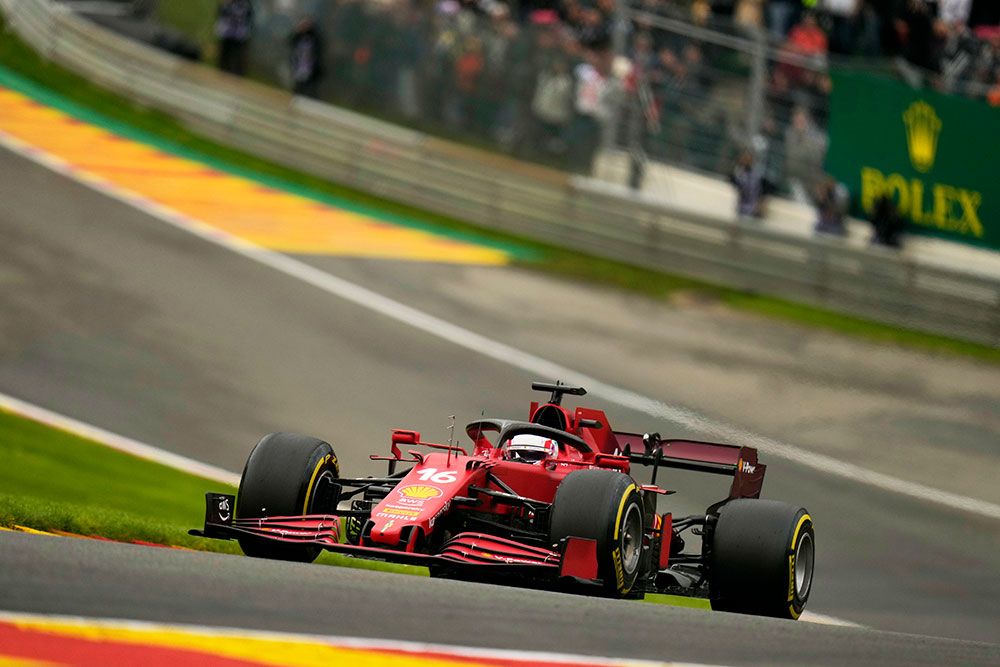 “Carlos Sainz and Charles Leclerc have been very much neck and neck. I think a lot of people have expected Charles to really be outperforming but so far, up until this point, Carlos has even outscored [Charles] on some occasions. He’s been turning into a fine Formula 1 racing driver. I think that Ferrari really just has to sort out a bit of their team issues, such as reliability, and they could pretty much win best of the rest,” said Stockinger.

He also noted another standout in the guise of 4-time world champion Sebastian Vettel who had a slow start in Aston Martin but has found his foot in the team.

He thinks that Vettel could even be the winner of the 2021 Crypto.com Overtake Award — a new distinction given by Formula 1 to the driver with the most overtakes throughout the season. 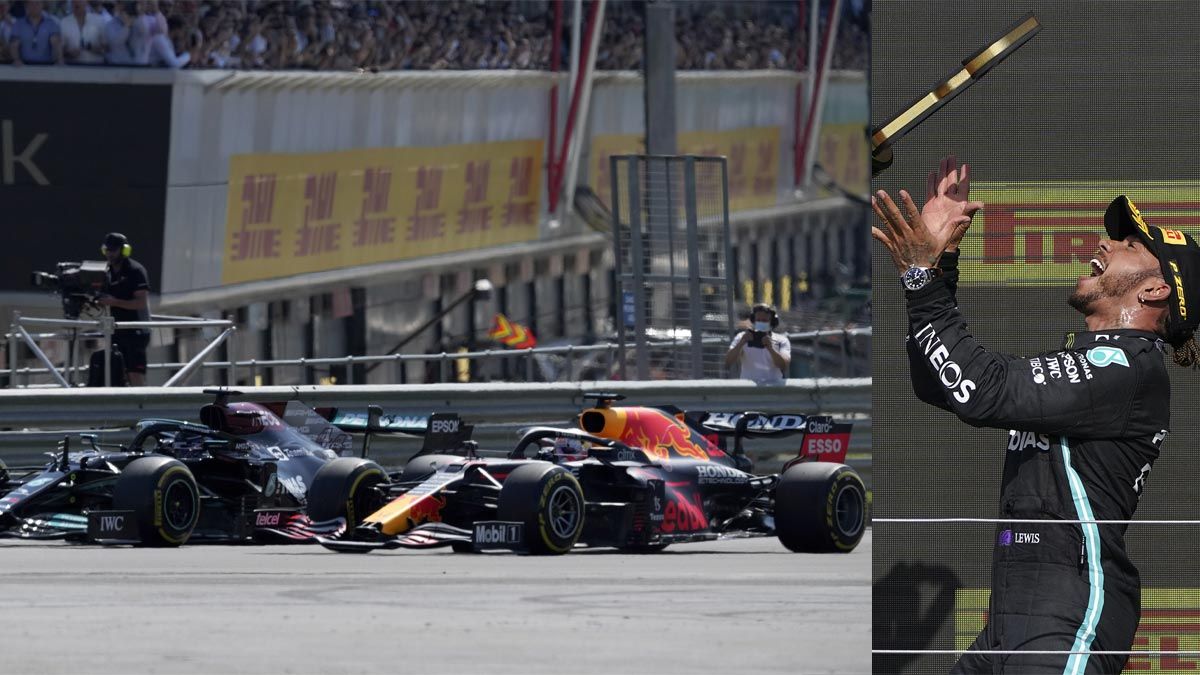 Yup, we all know THAT incident. It was deemed by commentators as inevitable and it sealed the deal for how intense this year’s championship battle would be.

Stockinger declared it as the defining moment of the season so far.

“It just really changed the whole narrative of what the season is gonna be like. You have two alpha racing drivers, team leaders, wanting to win the championship and this is the best case of who’s going to give in. It goes to show what takes to become a champion; you’re willing to risk it all, you’re willing to risk contact,” described Stockinger.

Taking the long view, Stockinger also sees it as a clash between two generations of the sport.

“The young wolf, Max Verstappen, trying to prove that it’s now his generation’s time but Hamilton always seems to be aging like fine wine, seems to always get better, still wants to show his speed, set new records, and maybe be the best ever in terms of stats and championships,” he said.

“It was a perfect metaphor for what to expect for the rest of the season ⏤ it’s just gonna be a boxing match, back and forth, til the end of the year and I really think that it’s gonna go down to the wire because both drivers are willing to do anything to win the championship.”

It really is a tight battle between Verstappen and Hamilton this year, and whether or not you agree with Marlon’s insights and season bets, we’re sure that it has helped you understand the two sides of the coin. We’re sure that you’ve also got some thoughts of your own, so feel free to comment down below.