JOINING Ferrari is a big boost for Carlos Sainz Jr.'s Formula One career, yet the Spanish driver will find himself under more pressure competing alongside rising star Charles Leclerc.

Leclerc is widely seen as a future F1 champion along with Red Bull's Max Verstappen. The 22-year-old ex-karting rivals are considered the likely successors to Lewis Hamilton when the six-time world champion, who is 35, eventually retires.

Despite racing in only his second season in F1, Leclerc beat the vastly experienced Vettel for wins (2-1), pole positions (7-2) and finished fourth in the championship, with Vettel fifth.

It was a blow to Vettel's confidence and ultimately shaped the team's future.

For while Leclerc had already signed a new Ferrari deal until the end of 2024 at a reported 10 million euros (around $11 million) per year, the Italian team could not agree on terms with Vettel about a new contract. His huge contract worth $40 million per year runs out at the end of 2020.

A parting of the ways came on Tuesday, with Vettel's future in F1 very much uncertain.

His departure opens the door for the 25-year-old Sainz Jr. in a two-year deal that few would have predicted a few months ago. He is the son of two-time world rally champion Carlos Sainz, and drove impressively for McLaren last season. 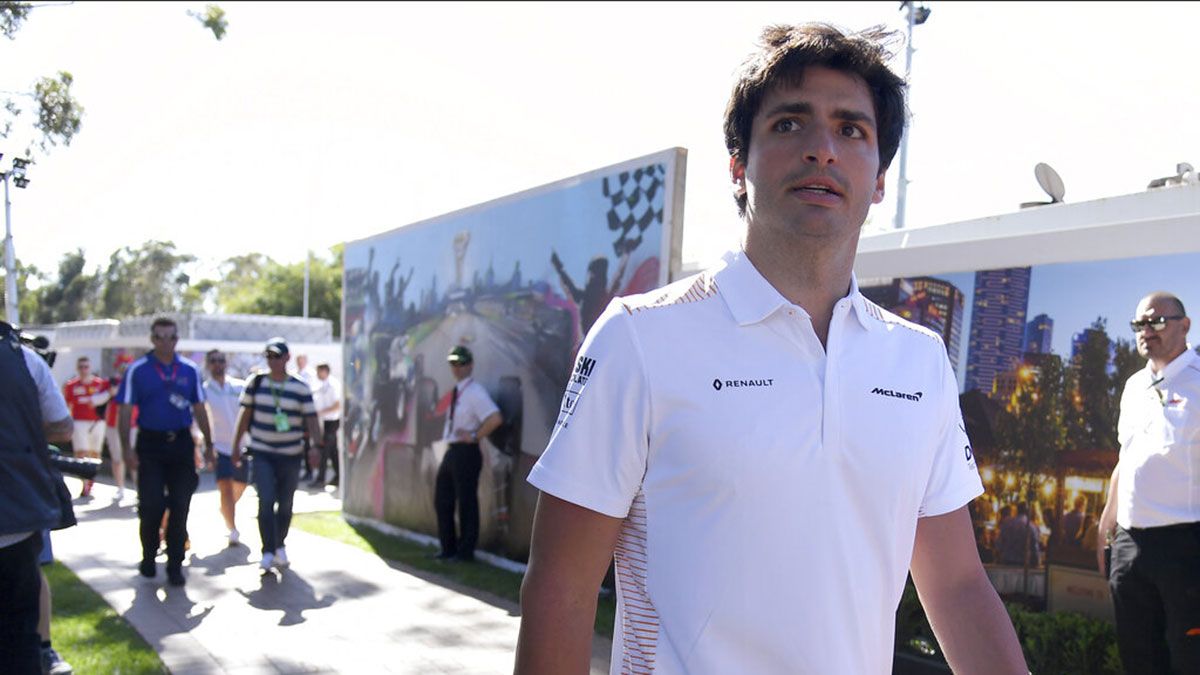 He secured the first podium finish of his career, finishing sixth overall, and his consistency helped the improving McLaren team finish fourth in the constructors' championship.

His cool, calm attitude could work well at Ferrari after the tensions between Vettel and Leclerc. The discreet Sainz Jr. is unlikely to ruffle Leclerc, whose welcoming smile belies a fierce ambition sometimes reigned in by the team to prevent those tensions from escalating.

"He has the technical ability and the right attributes to make him an ideal fit with our family," Ferrari team principal Mattia Binotto said of Sainz Jr. "A driver pairing with the talent and personality of Charles and Carlos, the youngest in the past fifty years of (Ferrari), will be the best possible combination to help us reach the goals we have set ourselves."

Those goals include winning a first F1 drivers' title since Kimi Raikkonen in 2007 and a first constructors' win since 2006.

Renault driver Daniel Ricciardo was the other main driver touted as a possible replacement for Vettel at Ferrari.

But the 30-year-old Australian driver, who won seven races with his former team Red Bull, will instead join McLaren next season.

Sainz Jr. already knows what it's like to fill big shoes, having replaced Fernando Alonso at McLaren. But the task he faces at Ferrari is much bigger.

"I'm excited about my future with the team," Sainz Jr. said.

He has five seasons of F1 experience, but he'll need to find an extra gear to compete with Leclerc. Leclerc won two races last season, but could have had four if it wasn't for a late engine failure in Bahrain and team orders in Vettel's favor at Singapore.