Shaq meets Verstappen, and other highlights of the US Grand Prix

PUT OFF because of the pandemic last year, the Circuit of the Americas made its triumphant return in front of a record-breaking 400,000-strong crowd in attendance for the weekend.

And if there's a racer on track who reciprocated all that Texas love, it’s got to be Daniel Ricciardo.

The McLaren driver was seen sporting different outfits, most notably a cowboy fit complete with all the gear. He was also seen wearing a Lone Star State-themed basketball jersey during the drivers’ parade.

Apart from that, this was also the race wherein he had the opportunity to drive his childhood dream car: Dale Earnhardt's 1984 Chevrolet Monte Carlo, as part of winning a bet against McLaren boss Zak Brown that would allow him to drive the car if he’d score a podium, and he didn’t just win the bet, he exceeded it with his win in Monza.

All in all, it was a great weekend for the Aussie and it’s great to see him enjoying his time on the paddock and being more comfortable with the MCL35M after a rocky start to the season. 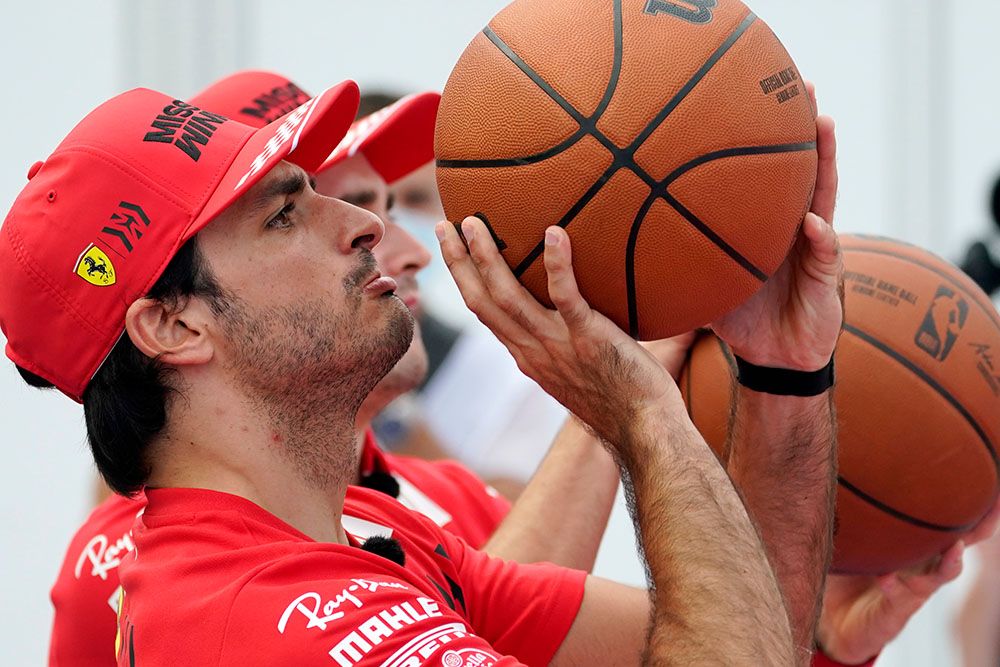 The NBA meets the US Grand Prix

Ricciardo, along with several other players, also scored some hoops during a free-throw challenge that F1 had in partnership with the NBA for the league’s 75th anniversary.

The four-time NBA champion became the talk of the town after being assigned to hand the first place trophy to the winner. Standing at 7 feet tall (2.16 meters to be precise), Shaq, standing on the ground, was almost as tall as Verstappen who was standing on the top step of the podium and he was taller than Hamilton who was already on the 2nd step.

Trust us, many good memes were born out of this moment.

But how did Verstappen end up in the top spot? Let’s recap all the race action from the US Grand Prix.

Since the start of the turbo-hybrid era in 2014, this track was known to be dominated by the Mercedes team and we’ve seen their drivers take pole position here every single year — until this one.

Lewis Hamilton started the race in the middle of a Red Bull sandwich as he qualified in P2. Meanwhile, his teammate Valtteri Bottas, who took yet another engine penalty, was relegated to P9 after initially qualifying in P4.

Red Bull’s Sergio Perez was on course to get his maiden pole, but in less than 2 minutes, his thunder was stolen by none other than his teammate Max Verstappen who was 2 tenths quicker.

“It was quite exciting out there… In Q3, my first half wasn’t amazing but then in the final lap it started spitting like [a] bit of drizzle… To be P1 and P3 as a team I think was a very strong performance,” said Verstappen in a post-quali interview with American driver Danica Patrick. 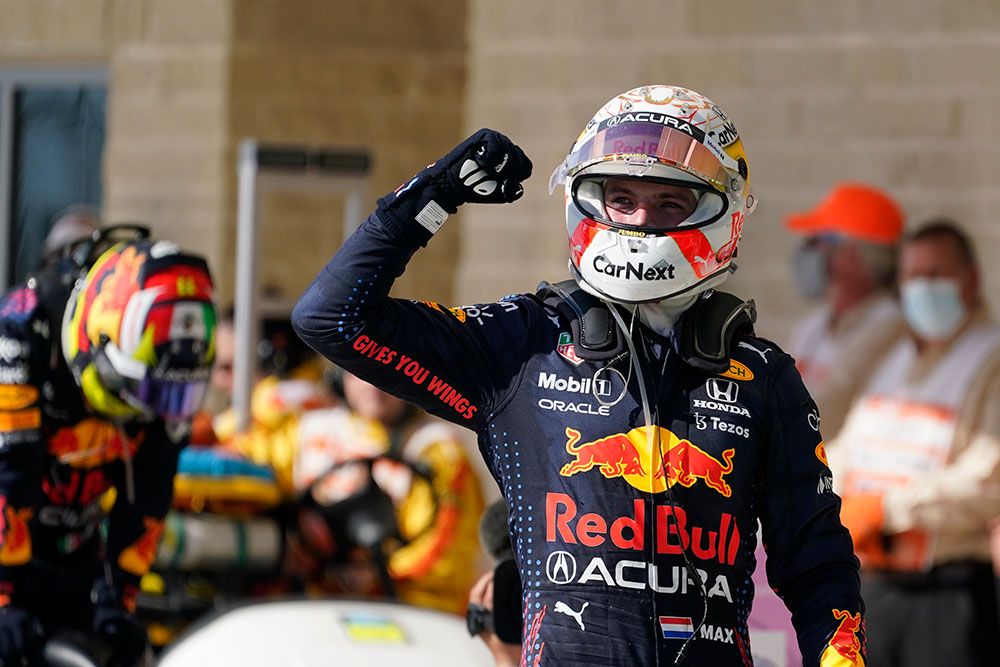 As for the race? Well, the podium result was essentially the same as that of the qualifying with Max in P1, Lewis in P2, and Checo in P3. This meant that Red Bull had another double podium which would help them with their bid for the constructors’ title. The main difference though with quali and the race itself was that Verstappen and Hamilton finished 40 seconds ahead of the pack — talk about racing on a league of their own!

The last few laps were one nail-biting moment after the other; I couldn’t even get up to refill my snacks as Hamilton looked like he was about to close in on his rival. The start of the race was filled with even more tension as fans were scared that the championship protagonists would come in contact — we’ve all seen the situation when those two are wheel-to-wheel and it usually doesn’t end well — but luckily, it was a pretty smooth race for all.

The US Grand Prix grand recap

Okay, maybe it wasn’t 100% smooth for the other drivers as 3 of them had to retire. The first, Pierre Gasly, had a suspension problem on the 15th lap, followed by the two Alpines — a mechanical retirement for Esteban Ocon, and a rear wing issue for Fernando Alonso during the closing stages of the race.

On a positive note, Gasly’s teammate Yuki Tsunoda had a great race and managed to finish in P9.

There was a moment after the first 15 laps when Alonso and fellow veteran Kimi Raikkonen had a fierce battle, transporting F1 fans back to the early 2000s. However, this battle was used by Alonso to prove his point that the stewards’ decision about giving back places was inconsistent.

Alpine also answered back race director Michael Masi by asking how come it was okay for Kimi to overtake off track from the outside when their driver was prevented from doing so.

“You always force a guy to go off track when you brake on the inside: you commit to overtaking. And they need to decide if they back off or keep the full-throttle off the track outside the circuit. It is what Sainz did. Giovinazzi did, I did. And we have to give back the position for sure, because you are running full throttle off track. But Kimi didn’t. So that’s why I felt it was not consistent,” said Alonso in a quote on Autosport.

Fans, though, would chime in on social media to say that Alonso did not give Kimi enough space.

The battle for 3rd in the constructors’ intensifies

Apart from Hamilton and Verstappen’s rivalry, fans were also invested in the battle between F1’s historic teams: McLaren and Ferrari.

The two are currently neck and neck and are separated by just 3.5 points. Ferrari got the upper hand this week with Charles Leclerc finishing in P4 and Carlos Sainz in P7. This brought their US GP points haul to 18 while McLaren only had 14.

In all honesty, I was more scared to see how their first lap battle would play out because there were times when the cars of Sainz, Daniel Ricciardo, and Lando Norris were just too close for comfort. Norris was aware of this — he explained that had he gone too hard with his driving, he would have t-boned Charles, and maybe this would have had a domino effect that could take out possibly even Sainz and Ricciardo.

“It was a risky move because I knew Daniel was on the outside, and Charles was a few meters ahead. If I went in any harder, I would have t-boned Charles and things could have gone very badly. It was worth a try but it’s a shame I didn’t pull it off,” said an unhappy Norris in a post-race interview with Will Buxton.

From here, F1 continues its campaign in the Americas with stints in Mexico and Brazil — so yes, you guessed it, more races that are scheduled in the wee hours of the morning.

The championship battle’s getting hotter than ever and we’ve got 5 races to go before the title is decided. Who’s it gonna be? Find out in the next couple of weeks as the 2021 Formula 1 season nears the end of its run.