An unexpected winner, a shift in standings: A review of the Hungarian GP

TENSIONS ran high as Formula 1 entered its last race before heading into the summer break.

Fresh after the drama that ensued in the British Grand Prix, Red Bull had one goal in mind: Redemption. They were keen on their mission to increase the penalty that was given to Lewis Hamilton after his Silverstone Circuit collision with then-championship leader, Max Verstappen, which sent the Dutchman flying towards the barriers with a 51-G impact.

Their attempt to review the stewards’ decision was of no avail as the stewards saw nothing relevant from the “new” evidence that Red Bull presented. The team even got their former (and current reserve) driver Alex Albon to recreate Hamilton’s track position, but this did not have any bearing on the outcome that Red Bull got.

Regardless of the results, Verstappen wanted to put the issue behind and focus on Sunday’s race in the Hungaroring.

“Can we just already stop about this because we had so many f***ing questions about this, it’s just ridiculous. Honestly, the whole Thursday, we’ve been answering this… We are racers, we race hard but also fair,” said Verstappen in the post-qualifying press conference.

With the Mercedes cars locking out the front row and both Red Bulls trailing behind, it was interesting to see what they could do going into turn 1. However, Valtteri Bottas locked up at the back of Lando Norris and caused a domino effect for those at the front.

This crash sent Verstappen to the back of the pack and took out his teammate Sergio Perez ⏤ definitely not the start Red Bull was hoping for in this race.

The first lap chaos did not end there, as Lance Stroll came in contact with the Ferrari of Charles Leclerc, which then hit the McLaren of Daniel Ricciardo.

Bottas and Stroll have since been handed a 5-place grid penalty in the next race for the crashes they’ve caused. The pair were also retired from the race, along with Norris, Leclerc, and Perez. This is the first time that Norris finished outside of the points, after maintaining an impressive 15-race scoring streak.

The Haas of Nikita Mazepin also retired after coming in contact with the Alfa Romeo of Kimi Raikkonen in the pit lane.

The rest of the race went on smoothly without any crashes, although there were lots of surprising sightings: Alpine’s Esteban Ocon leading the race, a Williams (yes, you read that right) running as high as P3.

We also saw a peculiar grid lineup as everyone (except Hamilton) started the race from the pitlane after switching to dry weather tires. It seemed like Mercedes made the wrong move when Hamilton proceeded to pit after everyone else — but thanks to sheer speed, talent, and a bit of luck, they still managed to finish in the podium.

The Hungaroring might be known to be a hard track to do overtakes, but we certainly saw a lot of it in this GP — Hamilton’s late overtake on Fernando Alonso being the best we’ve seen.

It’s no secret that Alonso is aggressive when it comes to defending and we saw it today when he held off Hamilton for several laps in a bid to secure 4th place. He might not have secured that finish, but his defense was a key factor in giving both his team, Alpine, and teammate, Ocon, its first F1 victory. A French driver winning for a French team, talk about hometown glory!

It was such a treat to watch as we saw two world champions battling it out in a nail-biting duel. It gave us flashbacks of their on-track rivalry when they were teammates in McLaren, and reminded us of how Alonso (who celebrated his 40th birthday last Thursday) is still very much a force to be reckoned with in the sport. His stellar drive this weekend got him the Driver of the Day seal of approval.

As a new winner emerged, I look back fondly at the surprise wins last year such as Pierre Gasly in Monza and Sergio Perez in Sakhir. These are the moments that make the sport great and unpredictable as a lot could change in the blink of an eye. 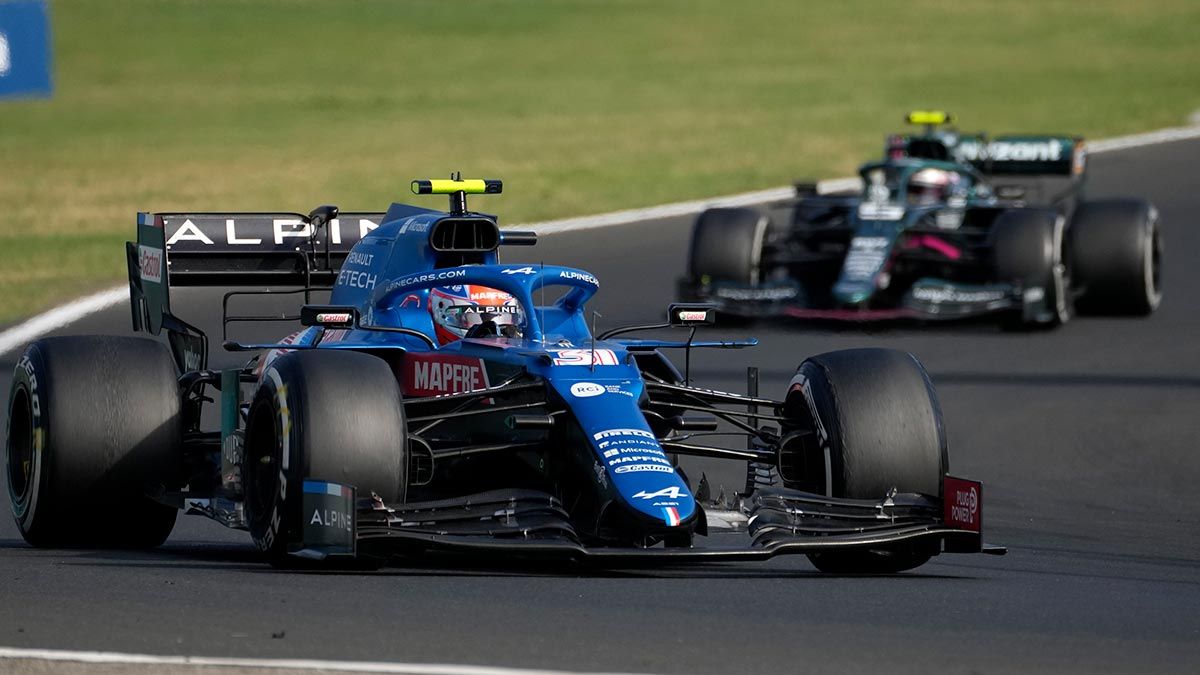 Speaking of sudden change, hours after the race, Sebastian Vettel’s P2 finish was stripped from him and his Aston Martin team. The reason? They were unable to provide the required 1.0 liter of fuel for post-race sampling. With this disqualification, it meant that his team lost a tremendous 18 points and everyone behind him gained a place up in the race standings.

Ferrari’s Carlos Sainz inherits P3 from Hamilton who moves up to P2, and Raikkonen now gains a point by moving up to P10.

It was endearing to see George Russell get emotional after scoring his first points for Williams. Finishing in P9, he was joined by his teammate in the top 10 as Nicholas Latifi finished in P8. Following Vettel’s disqualification, they moved up to P7 & P8.

Honestly, could anyone have predicted that Esteban Ocon would win, that Williams would finish with both drivers in the points, and that six cars would not see the chequered flag? If you did, please drop a comment with your lotto numbers.

Kidding aside, this was definitely a race to remember for the fans ⏤ but maybe not so for teams like Red Bull and McLaren. It gave us exciting battles, and increased our anticipation for the succeeding races. Sadly, F1 would not be back until the last 4 days of August so while we wait, we have the highlights of this race to replay.

Here’s a roundup of today’s top 10, with Ricciardo now in P11, Mick Schumacher in P12, and Antonio Giovinazzi in P13:

Hamilton might have regained the championship lead, but there’s still a lot of races to go and if we learned anything from today, it’s that anything is possible and a lot can suddenly happen. For better or worse, all teams would definitely be on standby and prepare heavily in the summer break.

Until then, we’ll see you at the notorious Spa-Francorchamps for the 2021 Belgian Grand Prix. Will it be Hamilton or Verstappen who wins? Or will we get another new winner? Let us know in the comments!