Why so many injuries inside bubble? These PBA strength coaches answer

BARELY three weeks old, the PBA Philippine Cup has seen an assortment of players going down with injuries, shooters flinging airballs, and usually speedy players huffing as they hustled on the court.

Fans, creative as they are, have even labeled the way some players and teams are playing as “arangkadang kapos.”

How much longer are PBA fans going to wait until players bring out their inner Mamba?

Aseron is one of the handful of strength and conditioning coaches inside the PBA Bubble. They’re all currently working overtime to ensure players can withstand the rigors of practices and games while still staying injury-free. It’s a tough task — one that tested the creativity and resilience of coaches like him as soon as the quarantine announcement was made back in March.

Staying fit versus being in game shape

During the height of the lockdowns, with the PBA restart still up in the air, the marching orders for both players and coaches were to check their personal fitness. 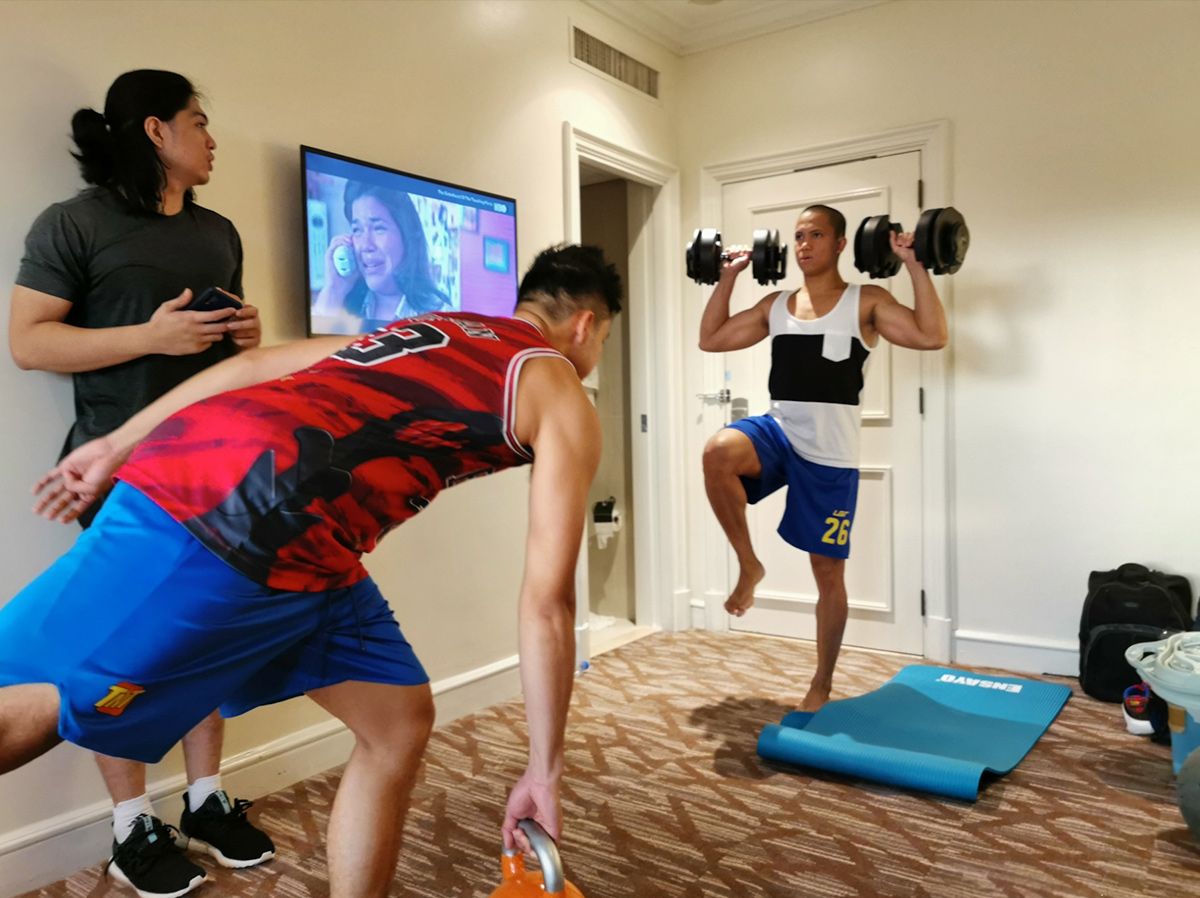 Trainers like Aseron had to ensure that the players were moving well, and often with whatever equipment they had at home. “Like the other teams, we were doing regular workouts via Zoom. I also prescribed lifting weights. Kung ano lang yung pwede gawin sa bahay,” shared Aseron.

While players benefited from these programs, the limitations of the process were obvious.

“Majority of players came back [from the lockdown] generally fit and [even] had better physiques. But we must also distinguish general fitness and being basketball ready,” explained Diego Lozano, CPPS, strength and conditioning coach of the Meralco Bolts. 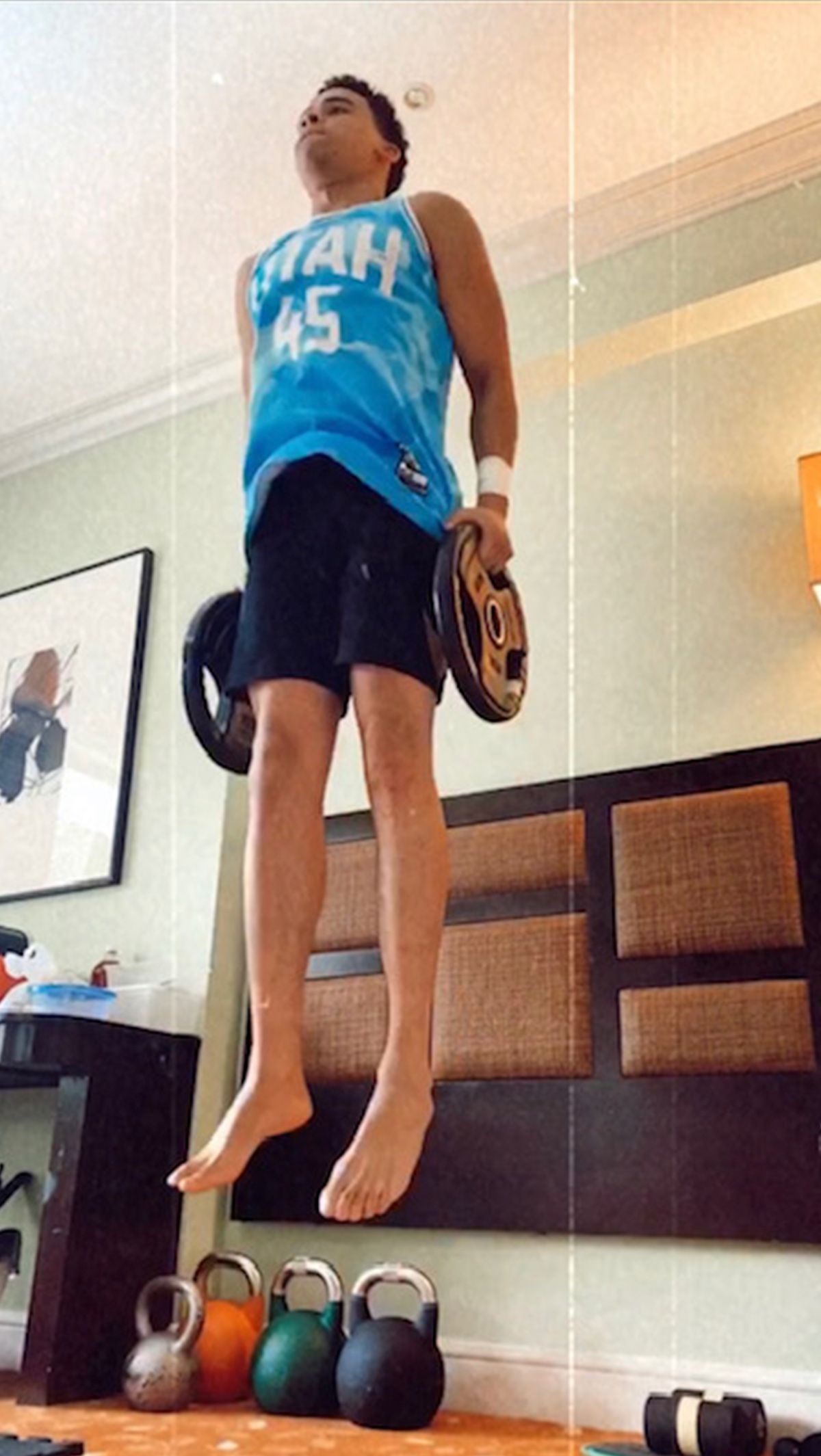 All the work done by players during their prolonged off-season (and faithfully cataloged by some on Instagram) falls under what’s called general physical preparation (GPP), said Lozano, which include workouts that build muscle, improve cardio, and general fitness. While it’s one part of the equation, it’s the other part that all the players lacked during the lockdown.

According to Lozano, Specific Physical Preparation (SPP) or basketball specific skills were the things players didn’t get to focus on during the long lockdown. A number of factors — including access to a court, getting quality scrimmage, and doing basketball specific drills — were unavailable to most players. (Unless, of course, they wanted to risk breaking quarantine protocols, which a number of both pro and collegiate stars did.)

He added: “You will only be conditioned to play basketball by playing the game itself.”

With such a short timeframe and little court time before the season resumed, it’s an even playing field as all players are catching up on SPP to get their rhythm back. 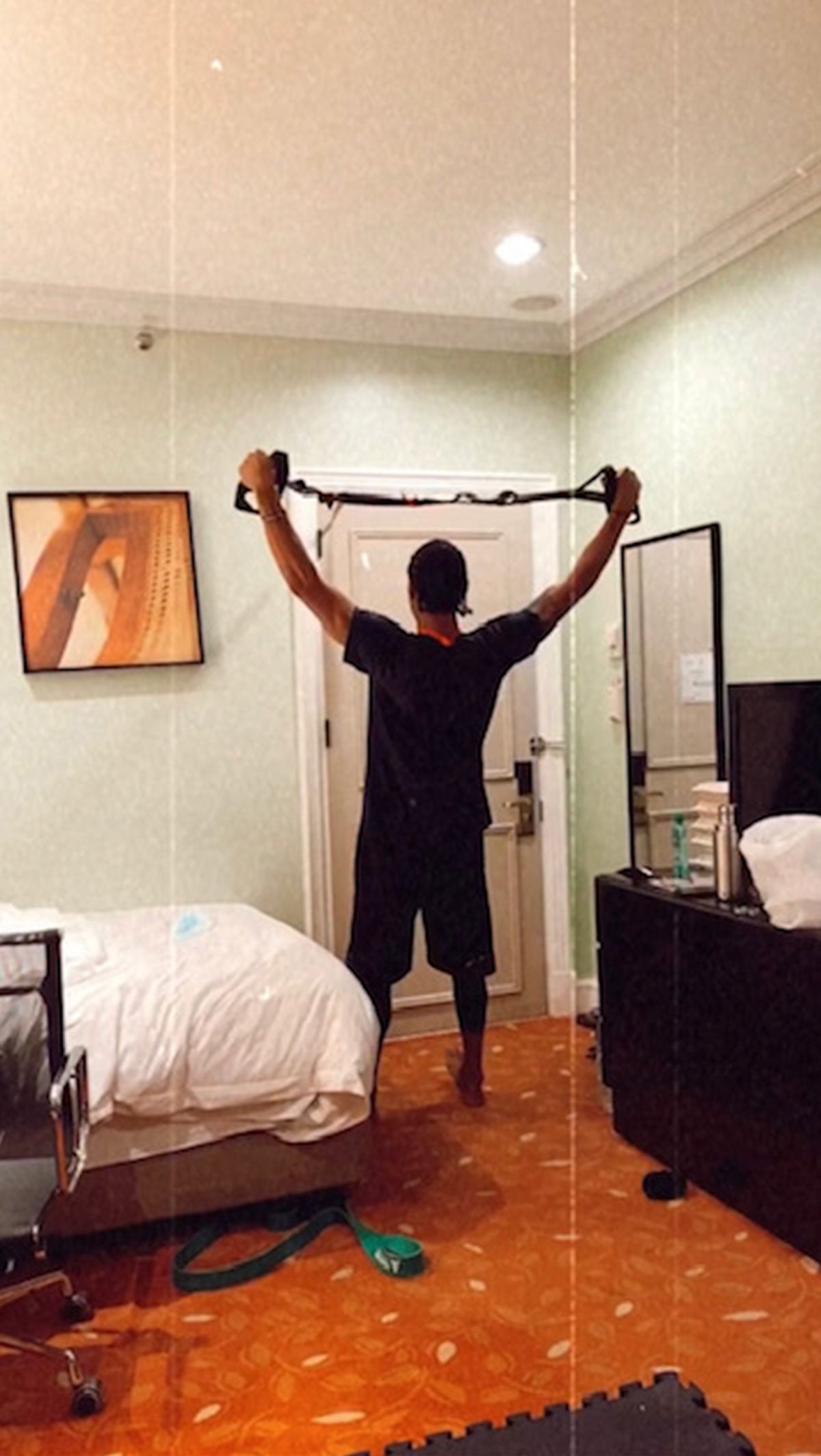 But that doesn’t mean all the lifting and other work done during the layoff were useless. Even if some players look beefier than usual (yes, we’re looking at you, Kiefer Ravena), it just needs a little more time to manifest on court.

“Players coming back fitter was a good base to build on [and] they are seeing the improvement in the weight room and their sprint times translating on the court. Considering we had a short timeframe, it’s only going to get better as the season progresses,” Lozano assured.

The frenzy inside the bubble

With the season well underway, getting players into game shape and staying in that zone is still a tactical battle for PBA strength and conditioning coaches. With 11 teams sharing facilities and the disinfection involved after each use, practices are limited to around 2 hours while access to the weight room is limited to an hour per team. 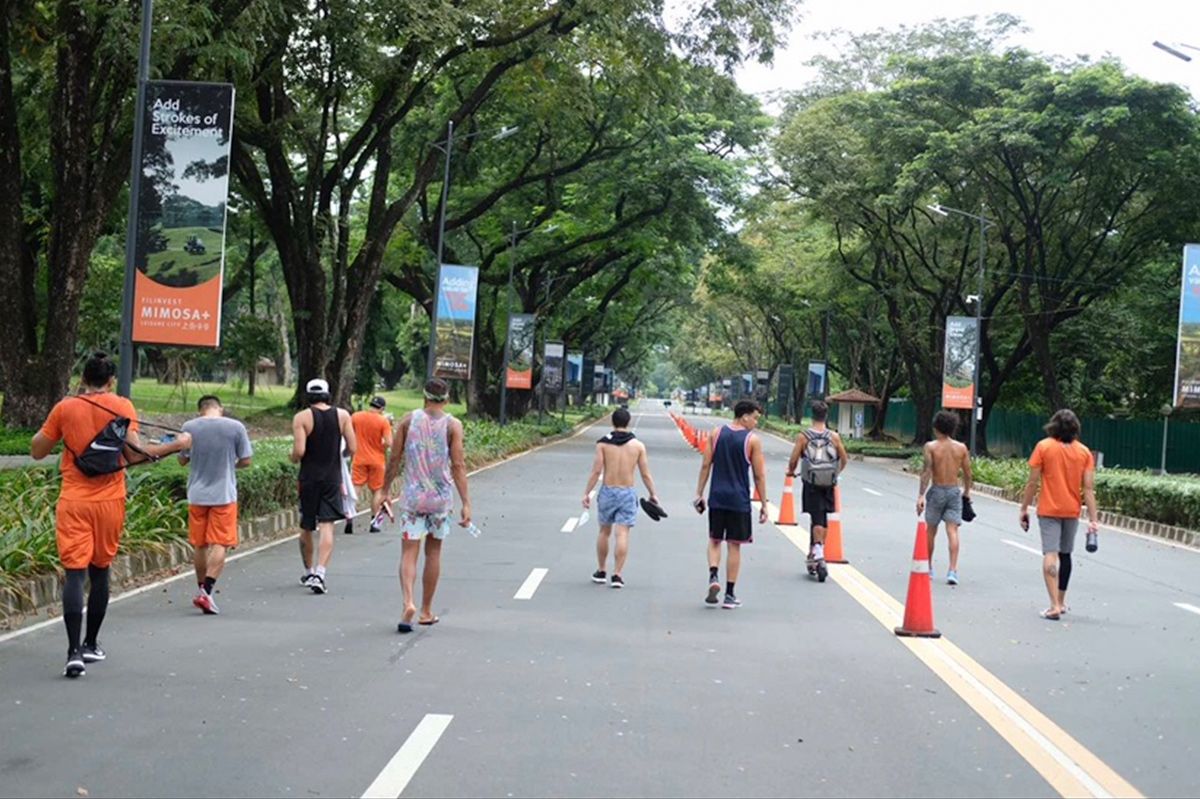 Factor in the compressed schedule of having back-to-back games and the recovery of players who play heavier minutes, and the lack of complete access to facilities is far from optimal for the strength, conditioning, and recovery work that needs to be done.

PBA strength and conditioning coaches work around these by preparing ahead along with good old-fashioned diskarte.

Lozano’s room, for example, doubles as a makeshift weight-room, after he brought along gym equipment to the bubble so that Bolts players at any time can do extra work when their body is ready. Some even do some pre-game lifting/sweat session. He also makes players do outdoor sprints within the bubble complex to maximize conditioning work in between practices. 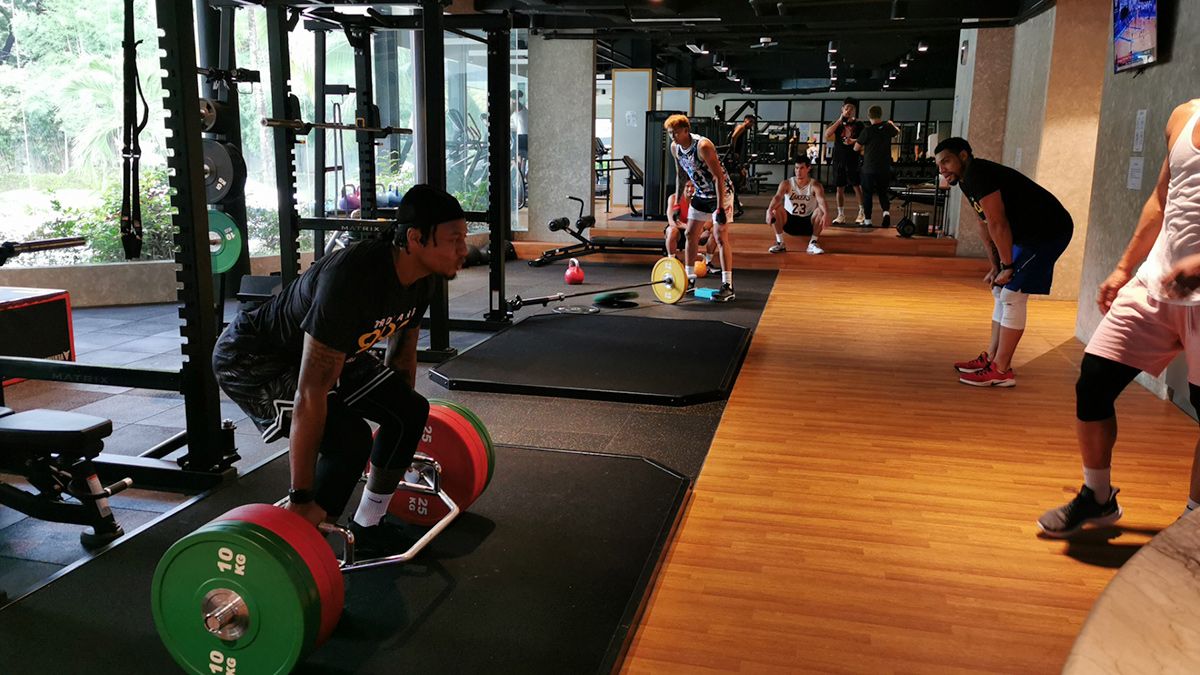 The Tropang Giga also has a similar set up in one of the rooms assigned to the team. Also serving as the team’s physical therapist, Aseron also has provisions for ice baths, and an area where players can work on mobility to induce muscle recovery. He also makes them do stretching exercises at night to work on their individual flexibility.

As the schedule of games get busier, PBA strength and conditioning coaches know the pressure for players to perform well sooner, rather than later. But they are also the first to remind their wards to play the long game.

“It’s all about finding balance: Everything from GPP to skill work, to nutrition and recovery and games need to be synergized,” Lozano stressed.

He added: “Our goal [as coaches] is to make sure we prepare the players and their bodies to handle the physical stress coming their way. There is a fine line between wanting players to get in the best possible game shape and doing too much physically, leading them to regress, or worse, get hurt.”

With a bit of patience, fans will soon see the best this PBA season has to offer.