LOOK: Inside the Adidas Brand Center, the biggest Three Stripes store in the country

THE COUNTRY’S biggest adidas store is all set to open to the general public on October 22 in Glorietta 3, Makati. But a week before its public reveal, SPIN Life was lucky enough to tour the adidas Brand Center’s wide, wide premises.

With the size and the extensive range of its collections (including official adidas shoes, gear, and apparel for swimming, hiking, and golf; tennis, we are told, is also on the way), the Brand Center will certainly live up to its billing as the Three Stripes’ flagship outpost in our country.

But with 1,500 square meters of space, adidas doesn’t just want to showcase its numerous sneakers and sports lines. It also casts a spotlight on two other important touchstones: culture and sustainability.

But first, of course, let's take a look at the shoes.

On prominent display were the Trae Young 1 ‘ICEE Cotton Candy’ and the Quiccs Forum Low. 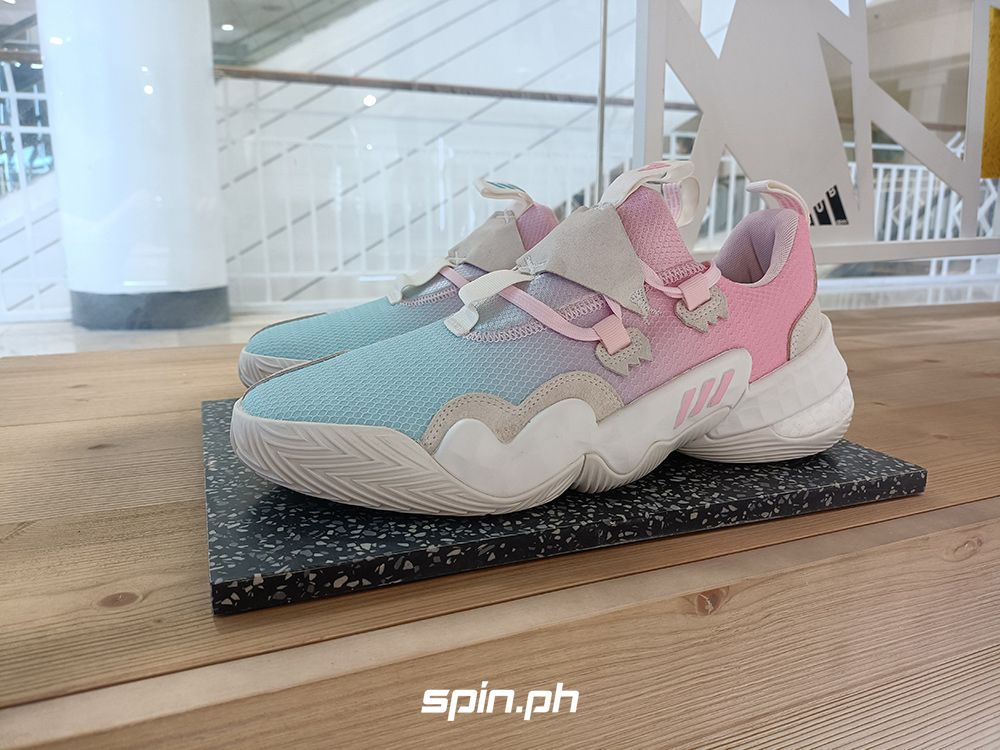 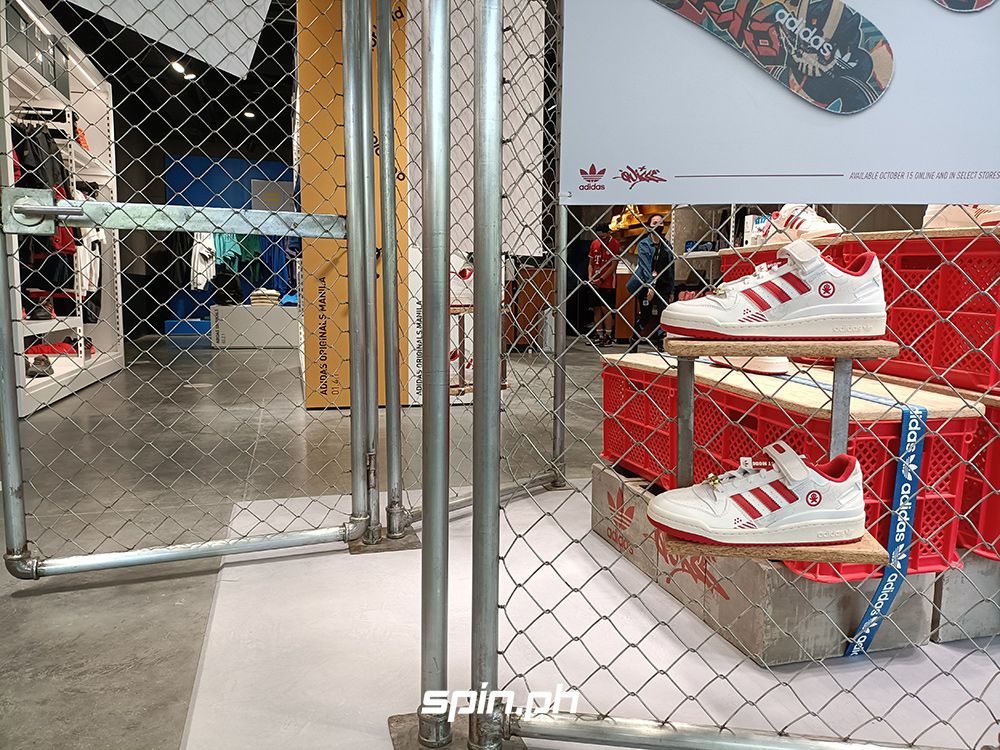 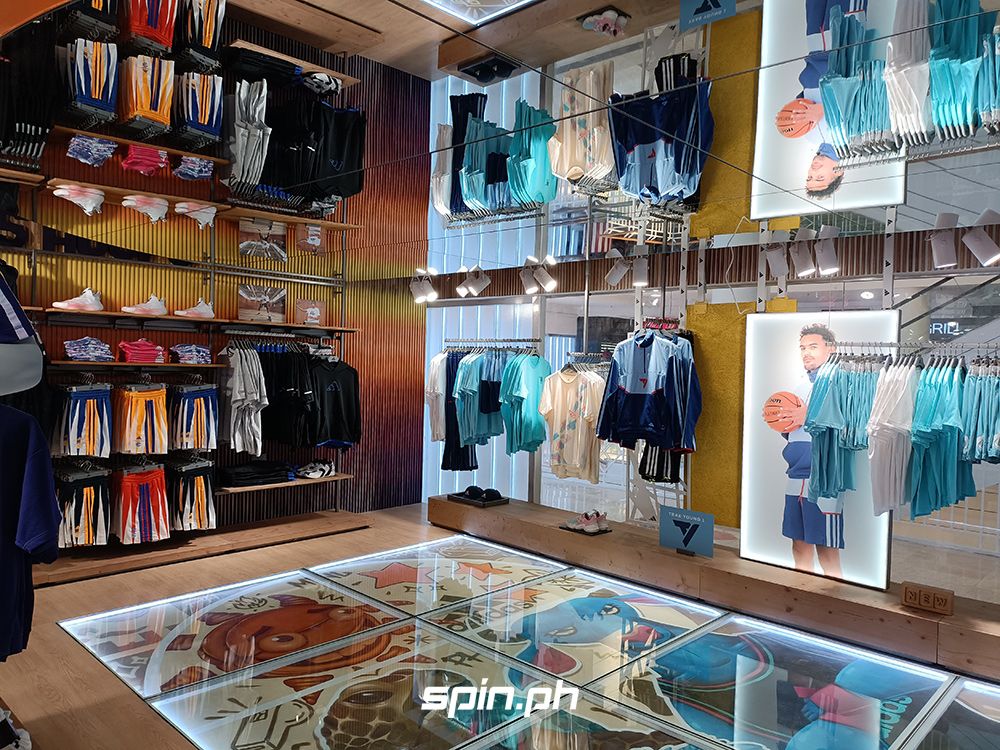 Inside the Men’s Launch Zone, running got its own formidable section, with UltraBoosts to the max, as well as the various editions of the 4D running shoe, featuring a 3D printed sole. 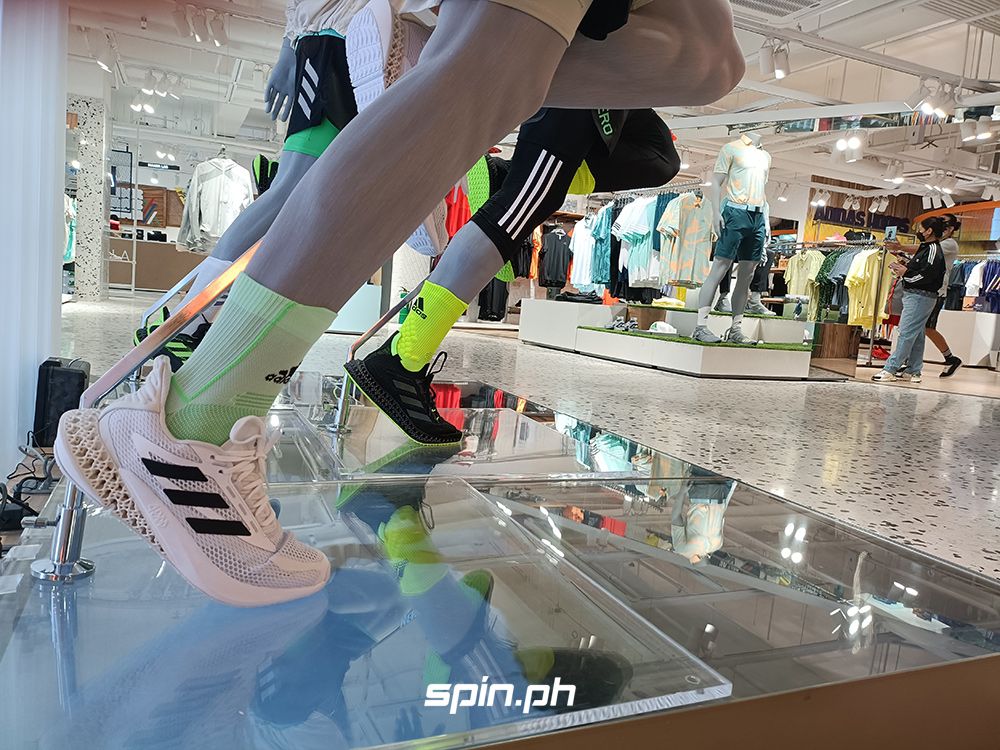 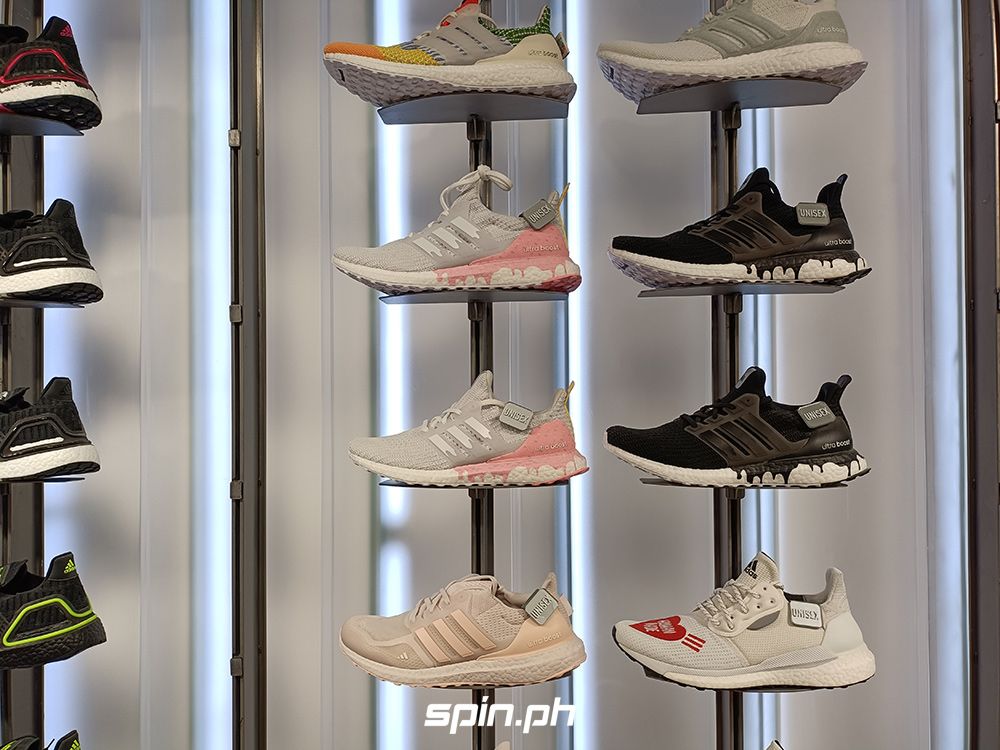 Football was also represented with the Predator Freak.3 boots, along with separate nooks for golf (with the laceless Boa) and trail/outdoors (with the Terrex Voyager 21). 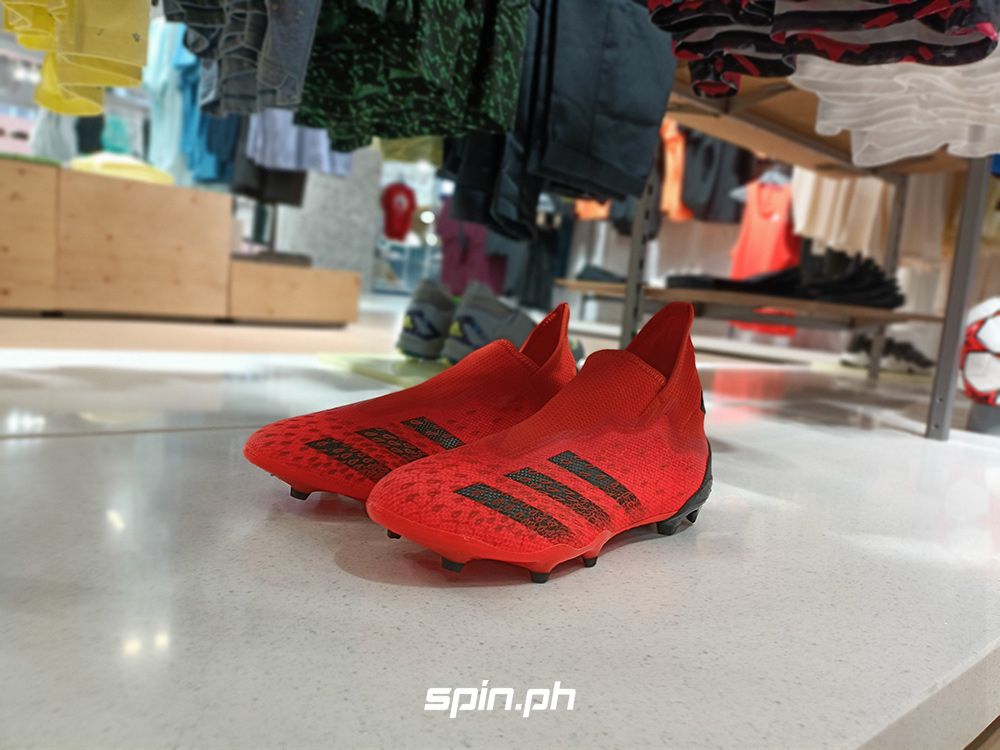 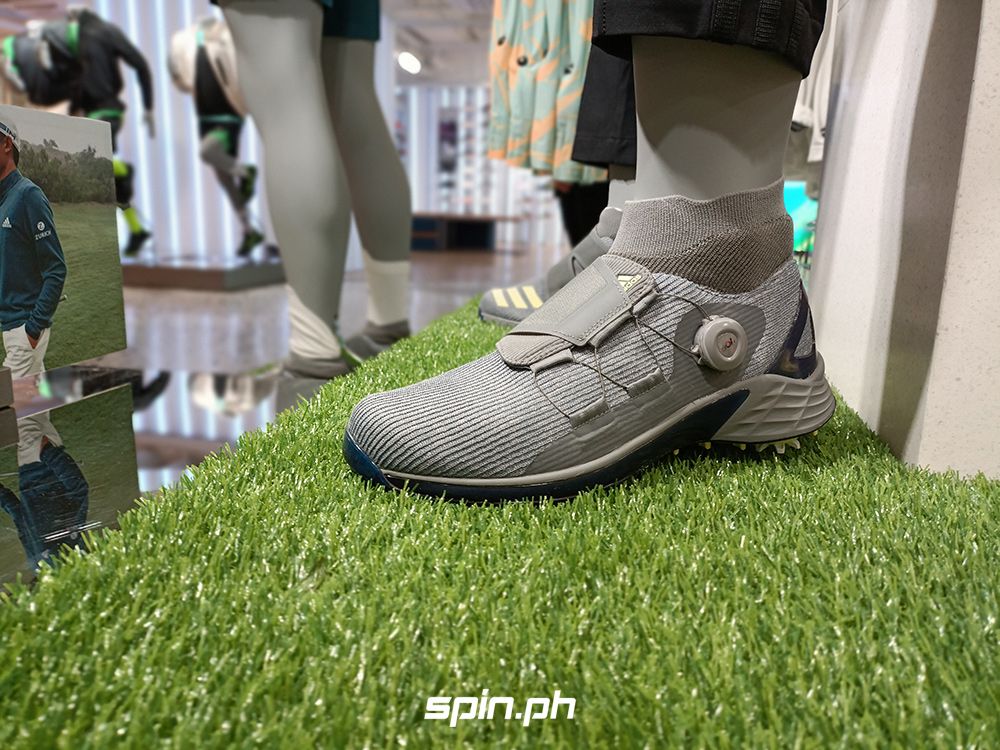 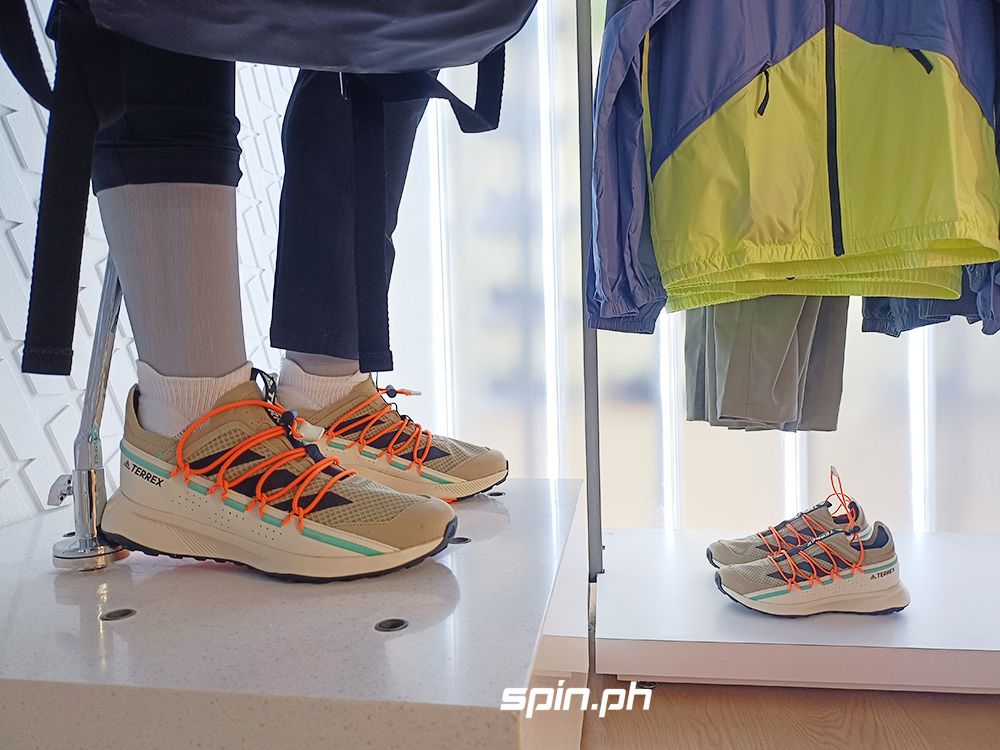 Adidas Originals — including Stan Smiths, NMDs, and Forum Lows — get their own separate wing. 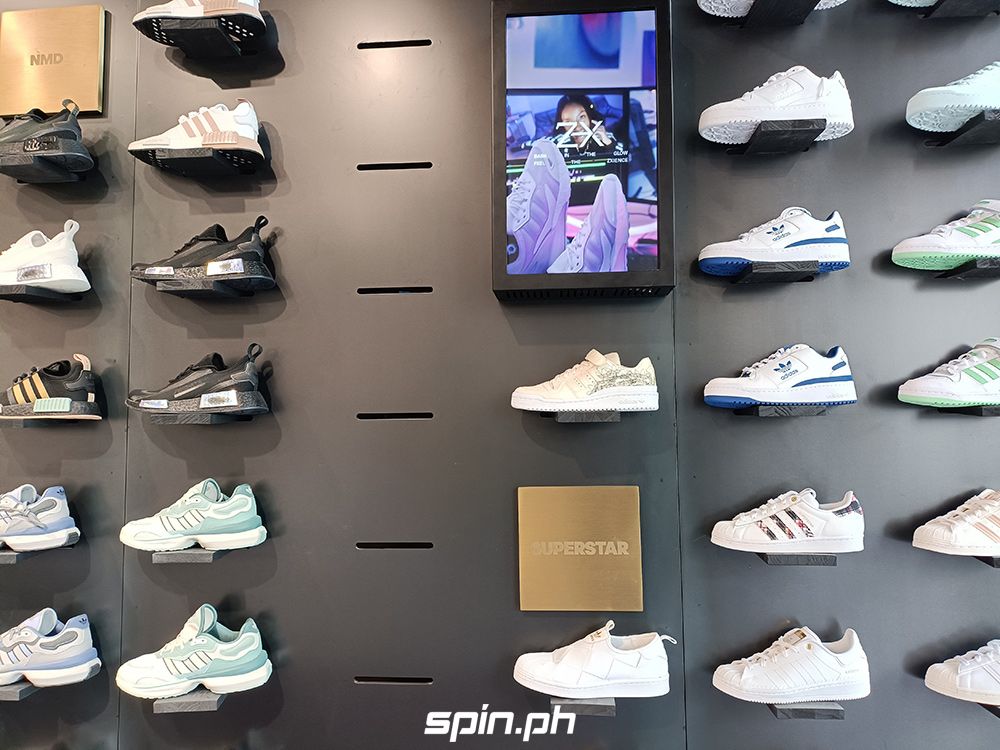 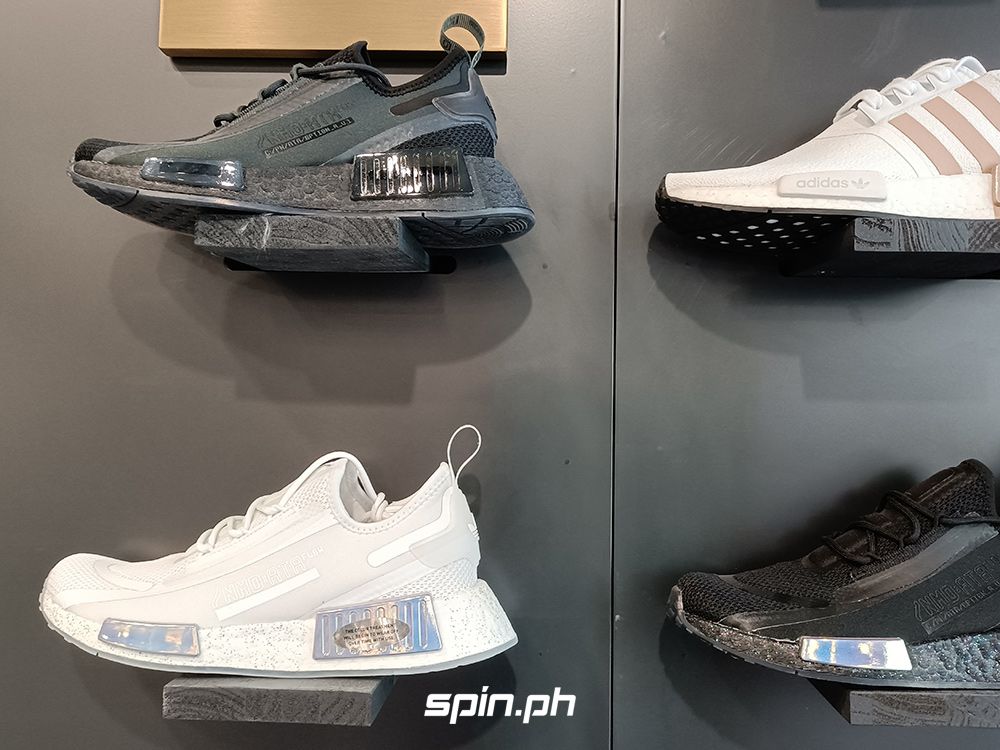 Bridging all the major sections of the massive store is a Sustainability Ramp, a 12-meter undulating rattan tunnel packed with displays playing videos about ocean-borne plastics.

It's been one of the brand's central advocacies. In the footwear front, the Three Stripes partnered with the organization Parley for a line of sneakers made up of material recycled from plastic waste. But beyond that, the space aims to educate customers walking by about the great problem of plastic pollution choking our oceans.

More art can be found stuffed in the nooks and crannies of the store. These other pieces (like the Aral Cru mural of endangered animals in the Basketball Area, or the hundreds of hand-painted clay discs hanging above a ramp in the women's section) are a statement showcase of original Filipino art.

"It's really time to show the world that we have world-class talent," said adidas PH communications manager JD Cortez of the artists they collaborated with in the store. "We should be proud of it."

Here’s an exterior view of the Sustainability Ramp. 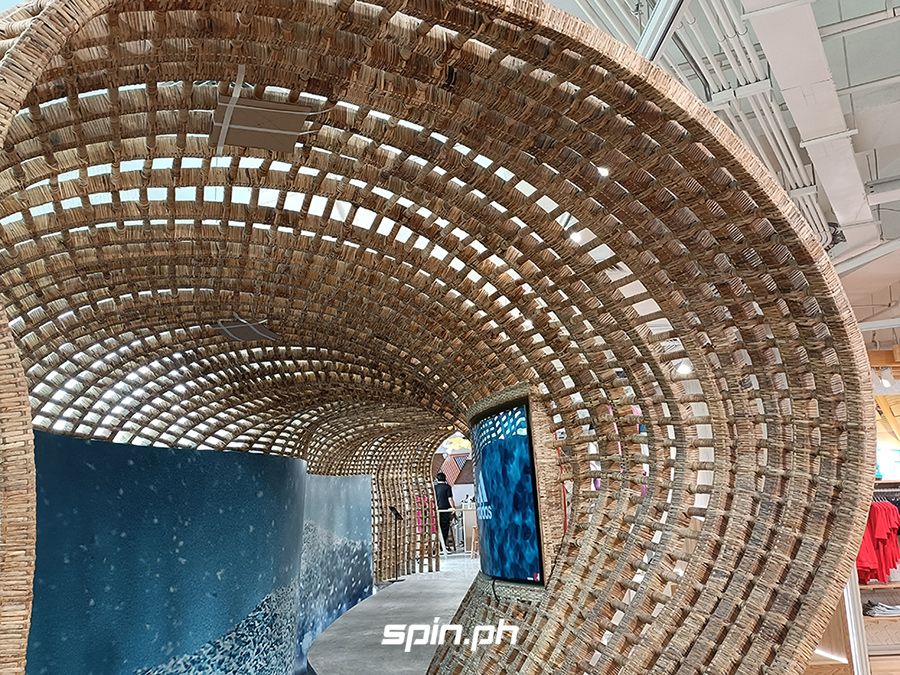 The women’s section also has its own tunnel called the Women's Ramp, decorated with 1,800 clay discs created by the Tahanan Pottery Shop. 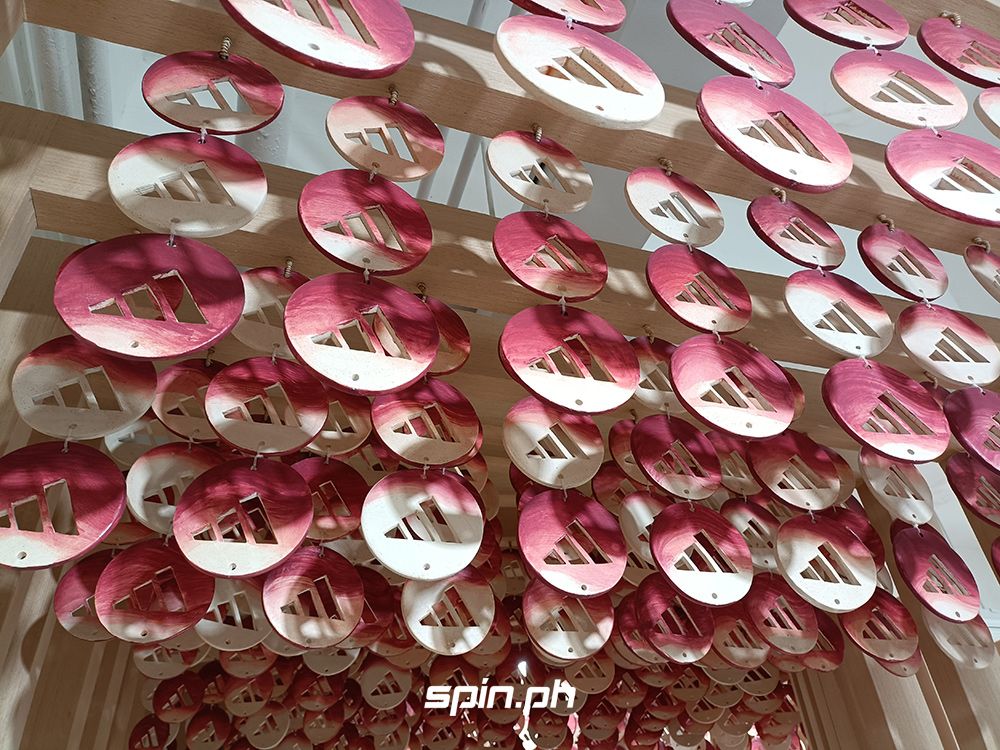 The Basketball Area also has a floor mural created by Aral Cru, with endangered Philippine animals suiting up as an unstoppable basketball team. 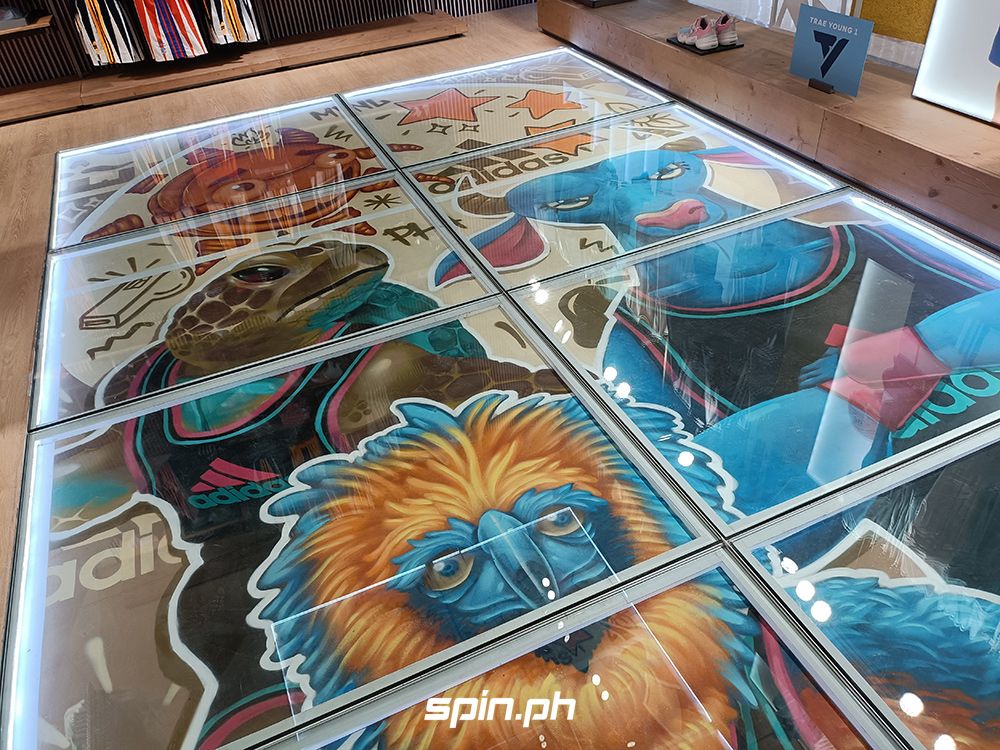 Hanging above the Maker’s Lab (where you can have your apparel customized with patches) are these woven mobiles. Below them are the patches you can choose from to customize your gear. 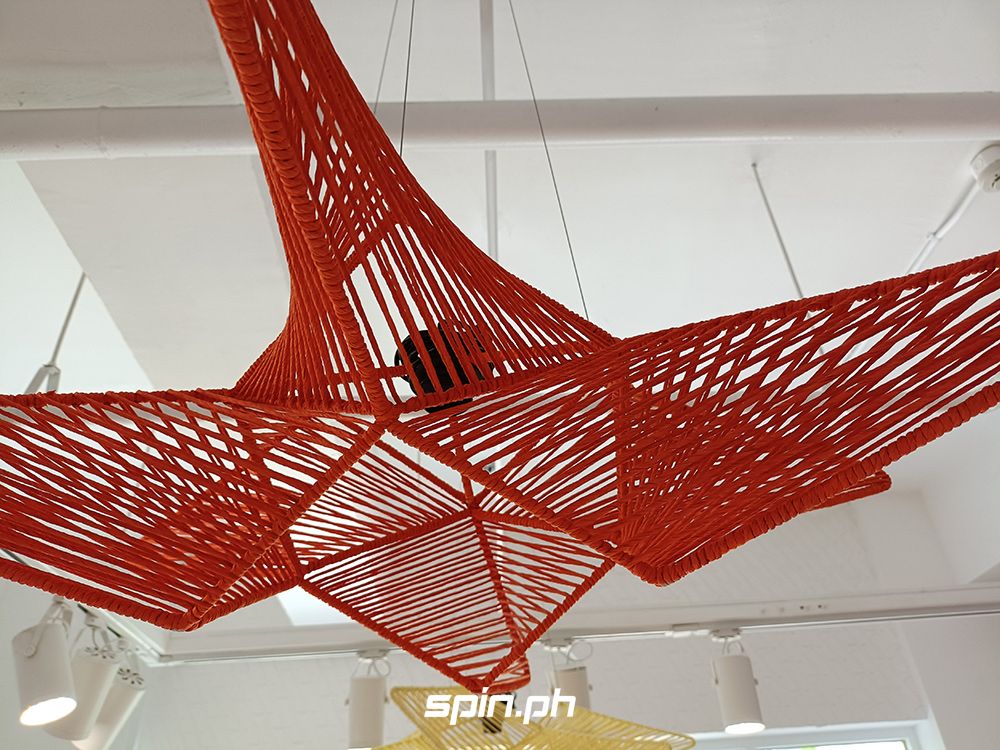 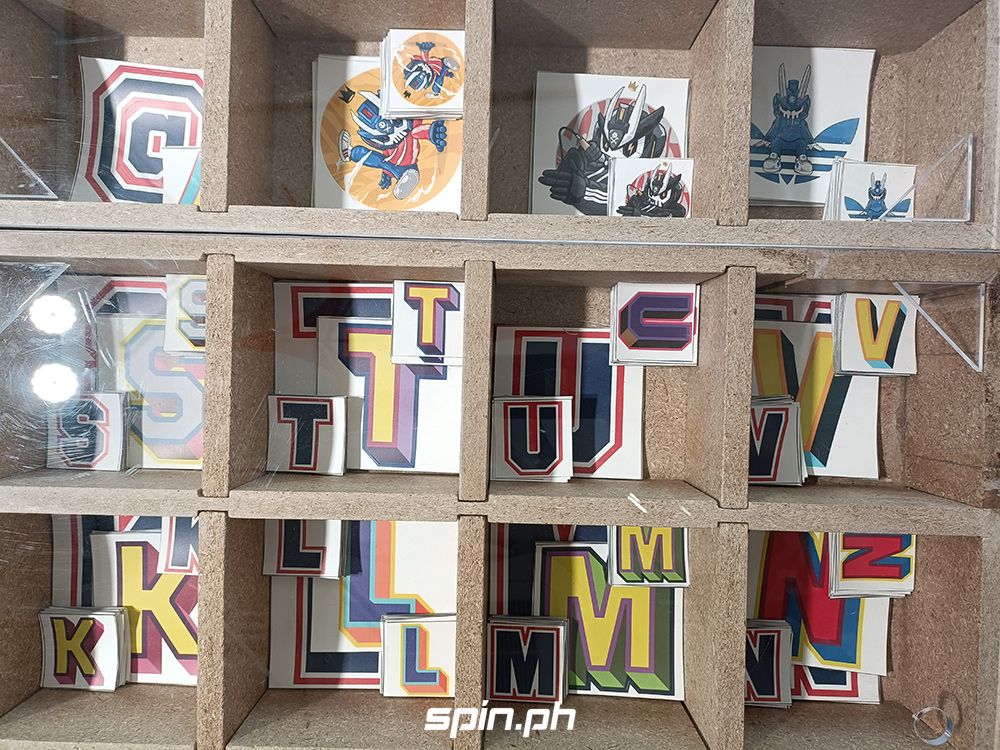 A giant gold TEQ63 — Filipino designer and artist Quiccs’ signature robot creation — also looms over one of the counters, perched on the brand's famous trefoil. 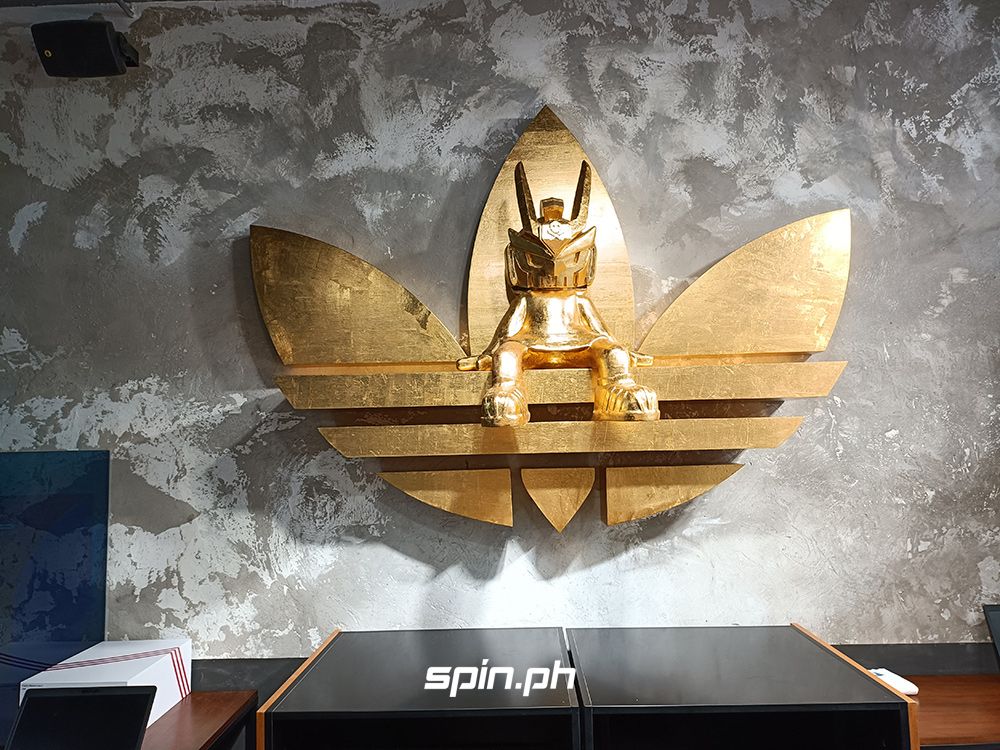 Speaking of Quiccs, his latest collab is the star student in the Brand Center’s Hype Wall — a display wall (complete with ticker tape displays) dedicated to one particular shoe. Of course, the Hype Wall will change its displayed shoe regularly, depending on the current hotness on tap for the Three Stripes.

Check out the Hype Wall as it will look during the opening. 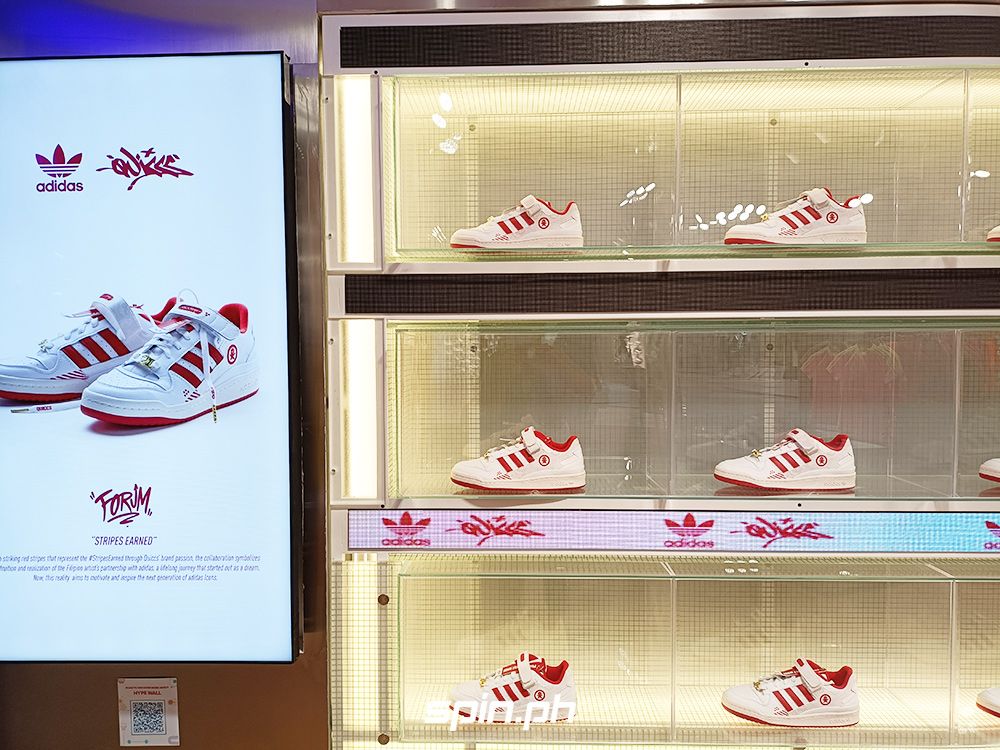 The hype culture, of course, will be baked into very DNA of the Brand Center... especially for collectors and fans of the Three Stripes.

"Right now, we're already coming out with [Brand Center] exclusives like the M&Ms Forum and the Melting Puppets Forum. We also have a couple of Yeezys that are exclusive here, in terms of brick and mortar." said Cortez.

He ended with a promise, and a tease: "[The Brand Center] will be the hub for the hype. Eventually, we would also want to highlight hyperlocal products."

Cortez wouldn't say exactly what, but just told us to tune in for some big news on November.