When taken out of the context of sports, as in a get-warm garment worn before running or swimming, do the track jacket and track pants feel like a no-brainer choice for a no-brainer day?

Well, it kind of does, and that's okay. The same-y sameness of a tracksuit, the quality that some people think is a sin, is not an idea foreign to the stylish.

Proving once again that they're one step ahead, women have been getting away with overt matching with twin sets (a cardigan paired with a pullover) or pajama sets (worn as daywear) that, in their inherent synergy, lend their wearers the diametric qualities of being pulled together while being at ease.

Men, too, have enjoyed this brand of coolness as when tracksuits became the uniform of hip-hop legends and b-boy crews and just anyone who sought the simplicity of wearing a zip-up jacket (no buttons!) with elasticized pants (still no buttons!) in similar colors. 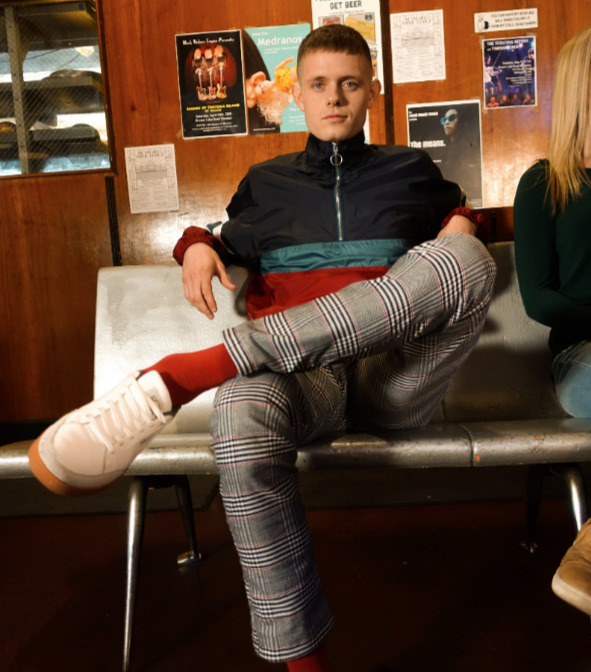 The tracksuit is a viable option for days when you just don't have the bandwidth to deal with what goes with what, but though it's easy to put on, it can be hard to pull off. Are you going to be cool like Bruce Lee (or The Bride in Kill Bill) or quirky like Chas in the Royal Tenenbaums or a little weird like Armie Hammer in real life?

Early this year, when the actor challenged convention by wearing tracksuits during the bulk of promotions for Call Me By Your Name, there were those who made fun of him. (These are people without joy in their hearts.)

But when Hammer announced that his tracksuits days were behind him, they missed it.

Do you dare wear a tracksuit like Hammer? It is easier when the tracksuit is excellent. These ones, in color-block styles and trim lines, are a little bit retro and a little bit sporty?and a whole lot stylish. Observe:

From the B-Side Boogie collection of Original Penguin, the jackets touch on several style subcultures, from northern soul in the '60s to disco in the '70s, hip-hop in the '80s to slackers in the '90s. They're also a little easier to wear because there is only one pair of track pants that goes with all options.

This is the matching set that you need on days when you just want to get up and go or fly out the door and concentrate on more important things like having fun.