'Horrific pain': This is what happens when you have a lateral meniscus tear

I'VE had problems with my left knee ever since I was in college, which was more than a decade ago. I completely tore my ACL during a pickup basketball game and had to undergo reconstructive surgery and a full 9 months of physical therapy for it. It was an unbelievably tough process, especially for a casual basketball player like me.

But I got through it and I still wear the two screws from the surgery as a badge of honor for overcoming the injury. For years I was back to barangay liga-level competitive play, until a routine drive to the basket sent me crumpling to the ground, yet again, in horrific pain.

I immediately feared the worst. I heard and felt a familiar pop that automatically registered in my brain as another round of surgery and 9 months of therapy. We went straight to the hospital to get an MRI and as soon as the results arrived, I quickly unfolded the piece of paper and, among other things, saw this: 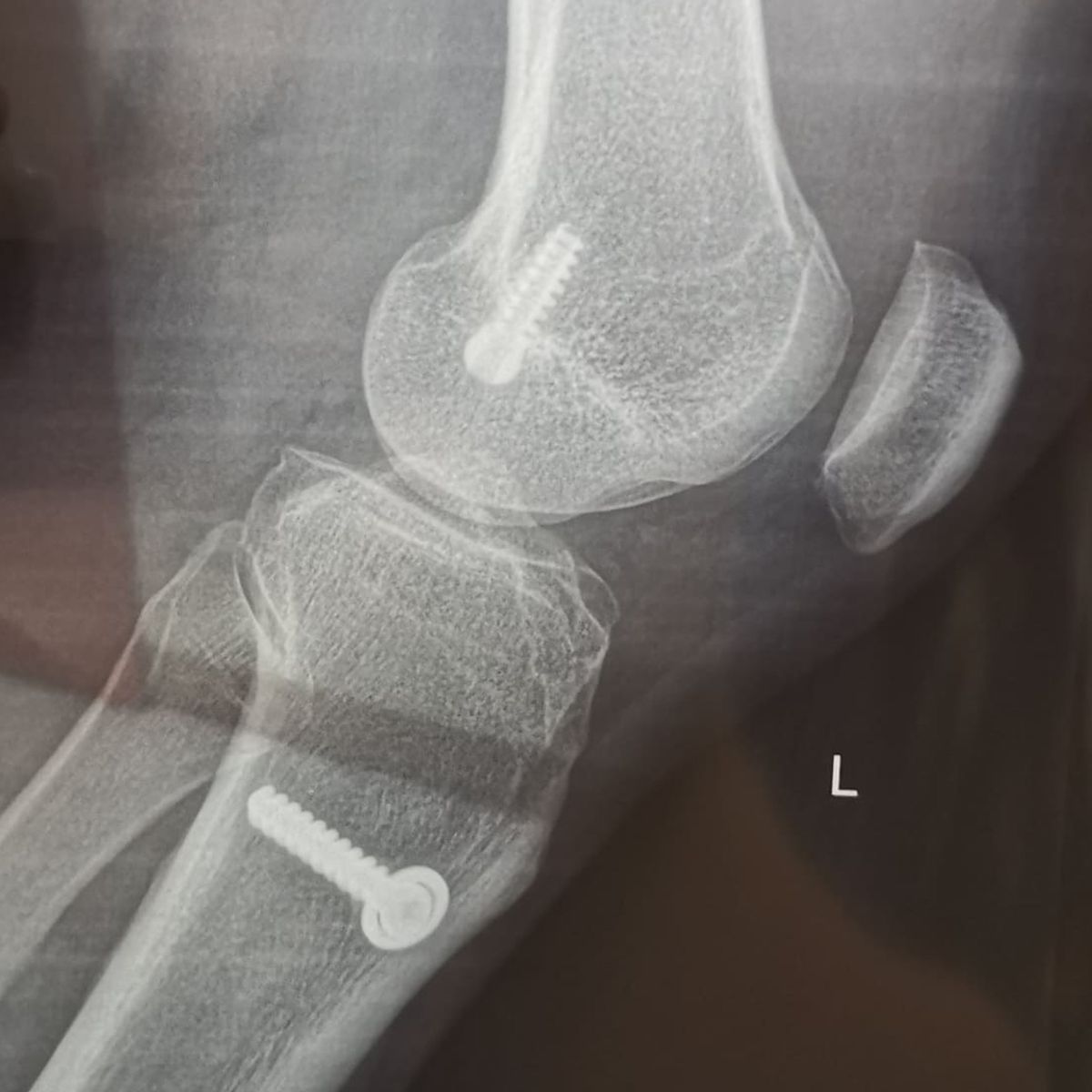 My first reaction was relief. I was glad that at least I didn’t tear my ACL graft even if my knee was now popping quite frequently and was causing me intense pain every time it did.

That relief was short-lived, though, as I quickly thought about the uncertainty of facing this new type of injury. I visited an orthopedic surgeon to find out what I had to deal with.

First off all, I found out that a meniscus is a cartilage that sits between your thigh and shin bones and is basically the shock absorber for your knee. In my case, it was the lateral meniscus (which sits on the outside of the knee joint) that was damaged, most likely by a sudden twisting motion.

If that sounds familiar to you, that’s because it’s similar to Raymond Almazan’s recent injury which he got after a collision with LA Tenorio.

In meniscus tears, as I was told, the first order of business is usually to try and strengthen the knee and regain its full range of motion without surgery. That’s usually enough with small tears, but given my history of knee injuries and some of the other findings from the MRI (I also had tears on my medial meniscus), the surgeon suggested I undergo surgery right away since untreated meniscus tears can get worse from regular wear and tear.

My doctor told me that he would try to repair the meniscus by stitching the torn parts together, but the success of that operation would depend on the severity of my tear and the quality of the meniscus which he’ll assess during an arthroscopic procedure. Should it be beyond repair, he would need to perform a meniscectomy, which means he will be cutting off the damaged parts of the meniscus.

My doctor mentioned that athletes usually pick the meniscectomy route right off the bat since the recovery time is much shorter than a meniscus repair. (He used Jeremy Lin as an example.) But he warned me that this could also cause an early onset of knee arthritis.

I still haven’t undergone surgery, because unlike Almazan, no pro team will be sponsoring the procedure. The risk of getting knee arthritis earlier is also something I’m not eager to rush into because, also unlike Almazan, I do not earn a single peso playing basketball.

For now, I can at least function normally after a round of physical therapy. I also haven’t touched a basketball in months and judging by how I sorely miss playing, I know that I’ll eventually get the surgery and go back to draining buckets and winning ice tubig wagers at our neighborhood court soon enough.

There was a time when Aeus Reyes was the publisher of the leading men's magazine in the country and could play recreational basketball. Now, he spends most of his time crafting leather goods, missing basketball, and trying hard not to make any sudden knee movements that could aggravate his meniscus tears. He is currently saving money for his surgery so he can at least play bente-uno again.