LOOK: These are all the sports trophies that have their own custom Louis Vuitton cases

JUST this week, the NBA announced that Louis Vuitton had created a bespoke carrying case for the Larry O'Brien trophy, which is awarded every year to the team that won the NBA Finals.

A two-foot tall sculpture by Tiffany & Co., the Larry O'Brien trophy was fashioned out of 16 pounds of sterling silver, with some 24 karat magic on top as a shiny layer of gold. It's definitely Grade-A luxe, but it's only now that the NBA has thought of asking another luxe brand, Louis Vuitton, to create a traveling case for it. 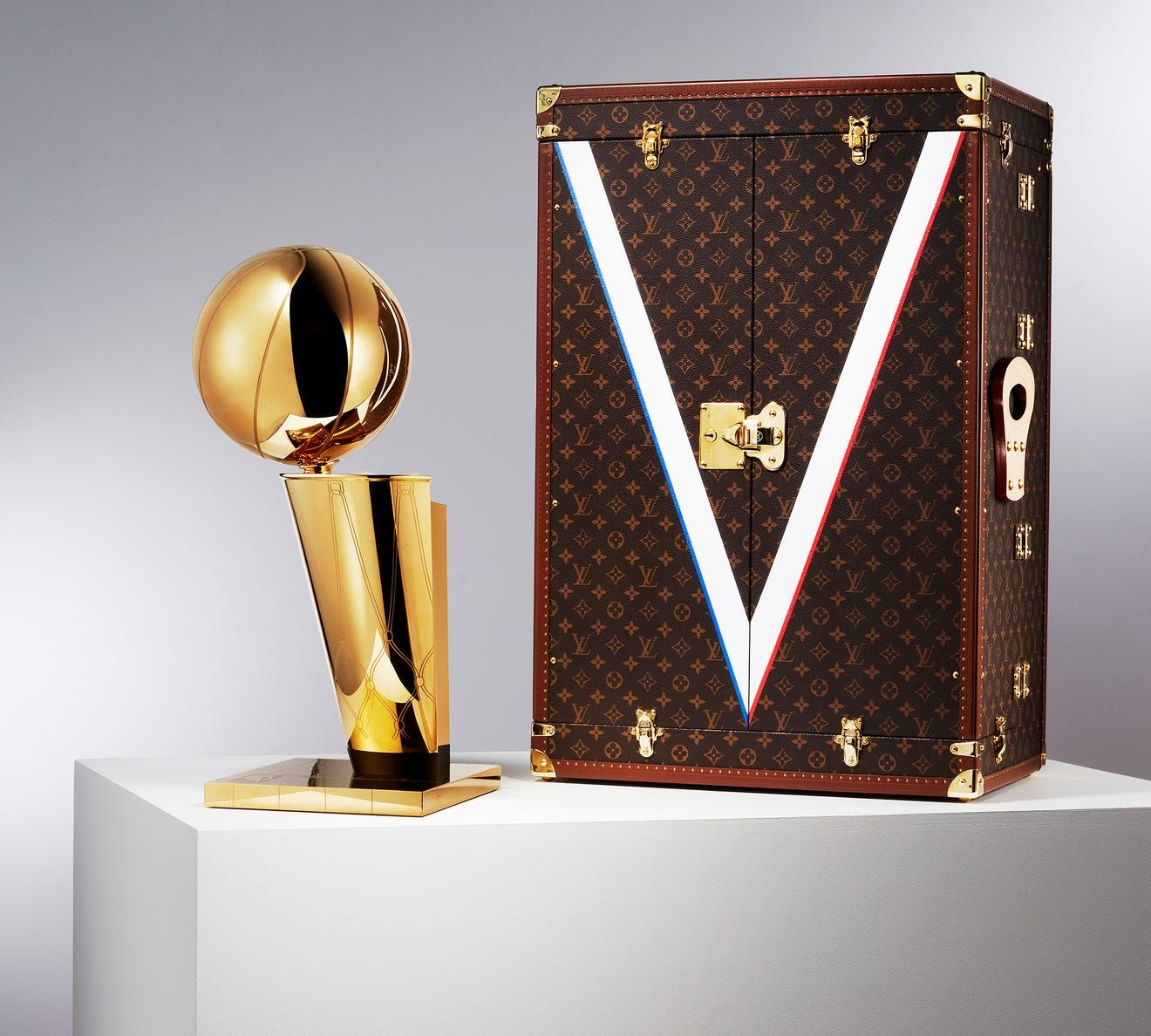 The Larry O'Brien LV case has a large monogrammed 'V' at the front, with trims in NBA colors. The league's logo lines the inside of the case. According to the fashion house, it took 100 hours for their craftsmen to create it at their workshop in Asnieres, France.

It turns out LV is an old hand at this sort of thing. The NBA is actually a little late to the Louis Vuitton party, as the fashion brand has been creating luxury trophy cases for various sports leagues around the world. Here's a look at all of them.

The Louis Vuitton container for the Davis Cup is a special, ahem, case. The trophy for men's tennis sits atop a very ornate base like a wedding cake topper. The case wraps around the cup itself, but leaves the base alone. It has silver, palladium, and brass clasps to make it even more luxe. 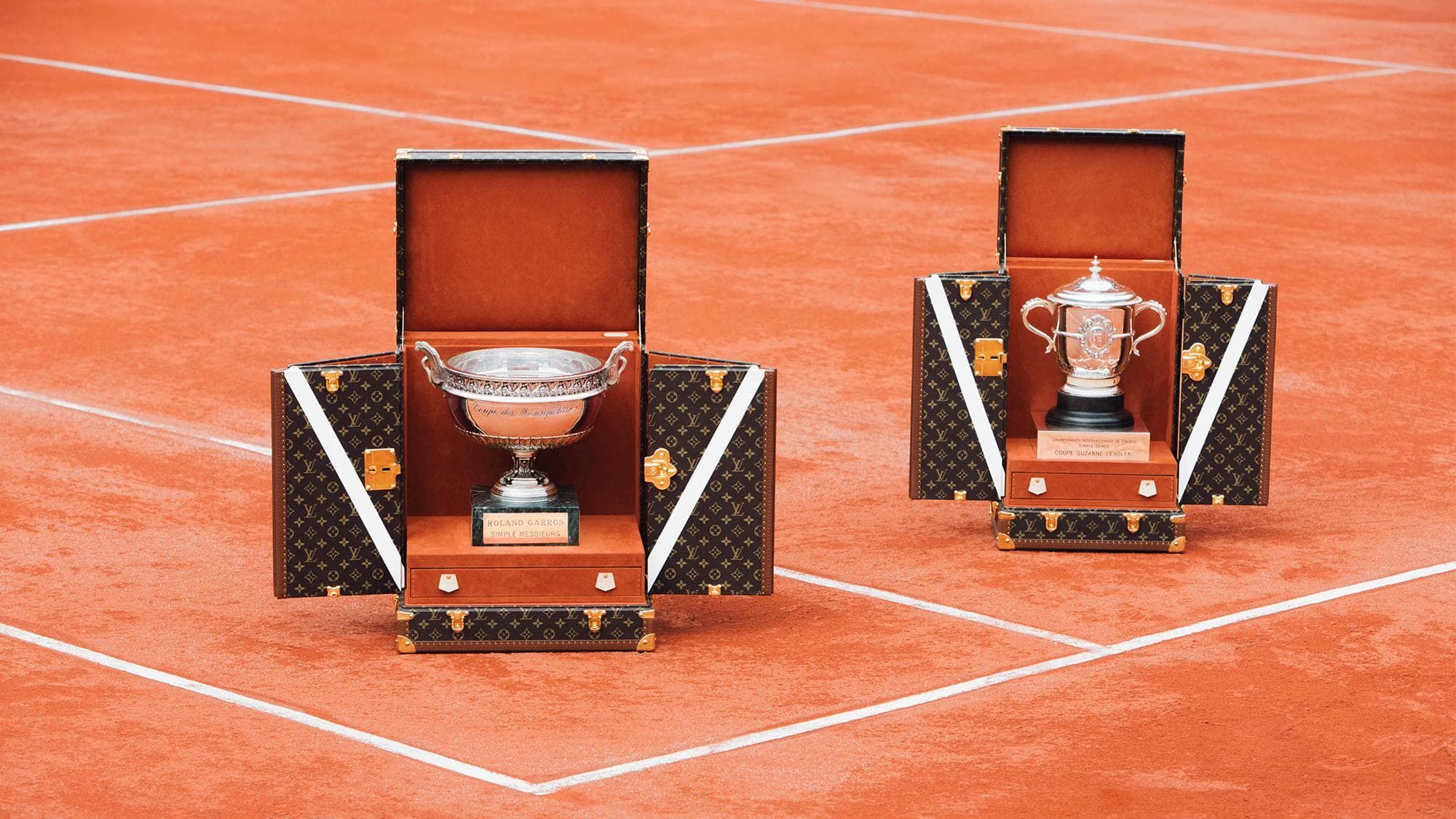 The Roland-Garros trophies may not be as large as the Davis Cup, but LV had to create two: one for the men's winner, the Musketeers' Cup, and another for the women's winner, the Suzanne Lenglen Cup. The brown interiors echo the surface of the world's premier clay-court competition. 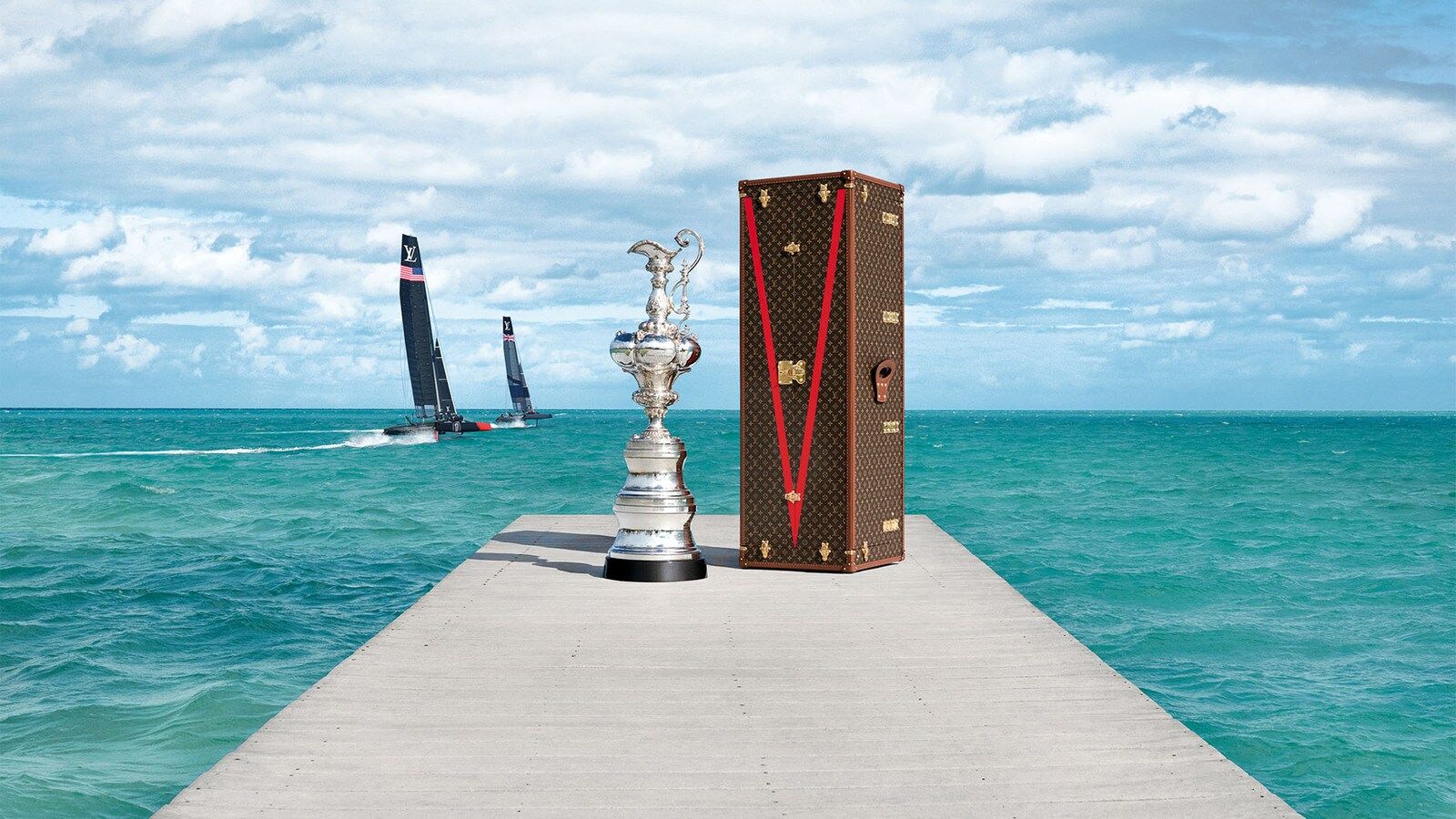 Louis Vuitton has been partnering with the America's Cup for more than a hundred years. But it was only in 2015 that LV created a bespoke carrying case for the Auld Mug. 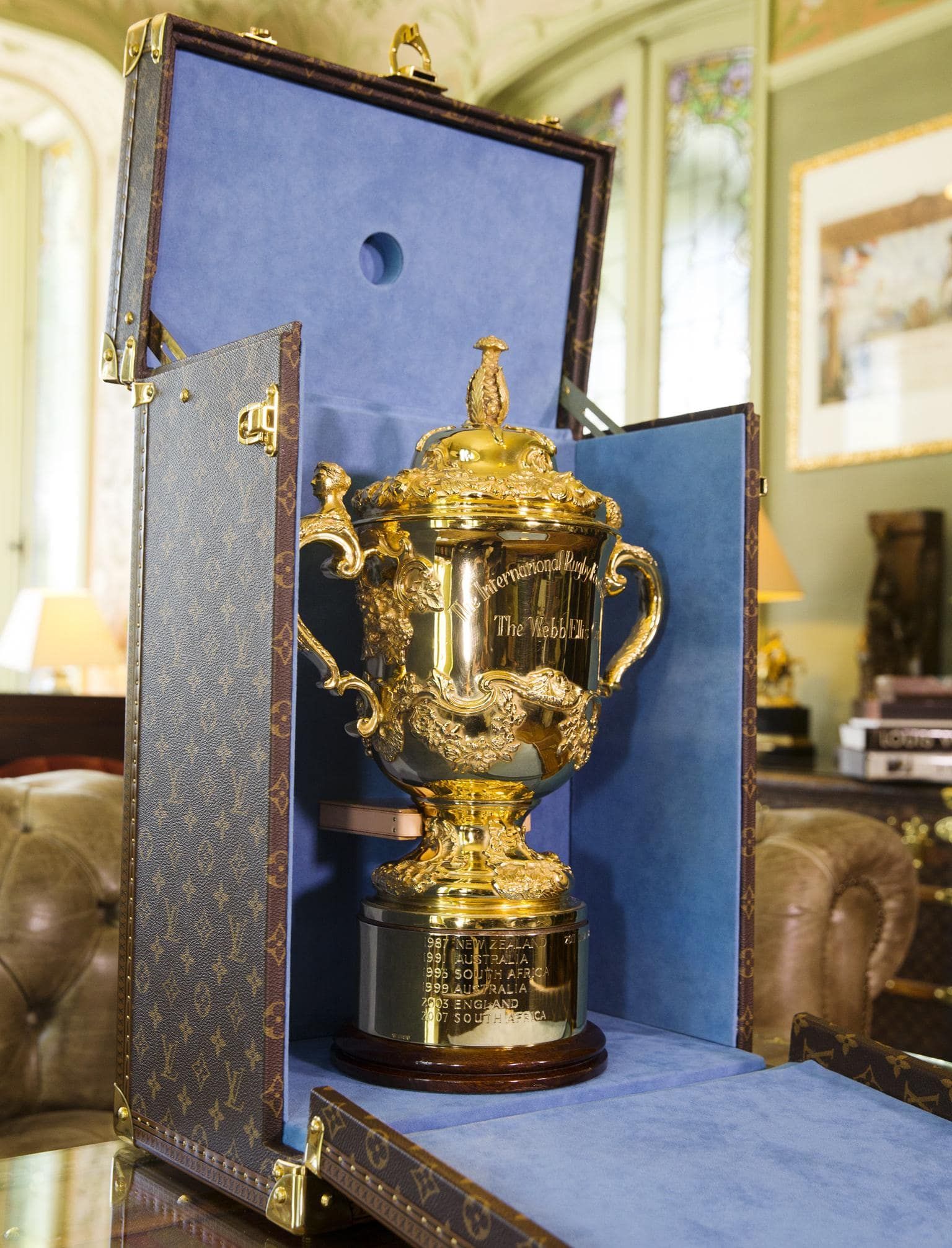 Inside this plush carrying case, designed in 2015, is the Webb Ellis cup, which is awarded to the winner of the men's Rugby World Cup. The signature brass locks of the fashion house open up to reveal the trophy, nestled inside a very plush blue interior. 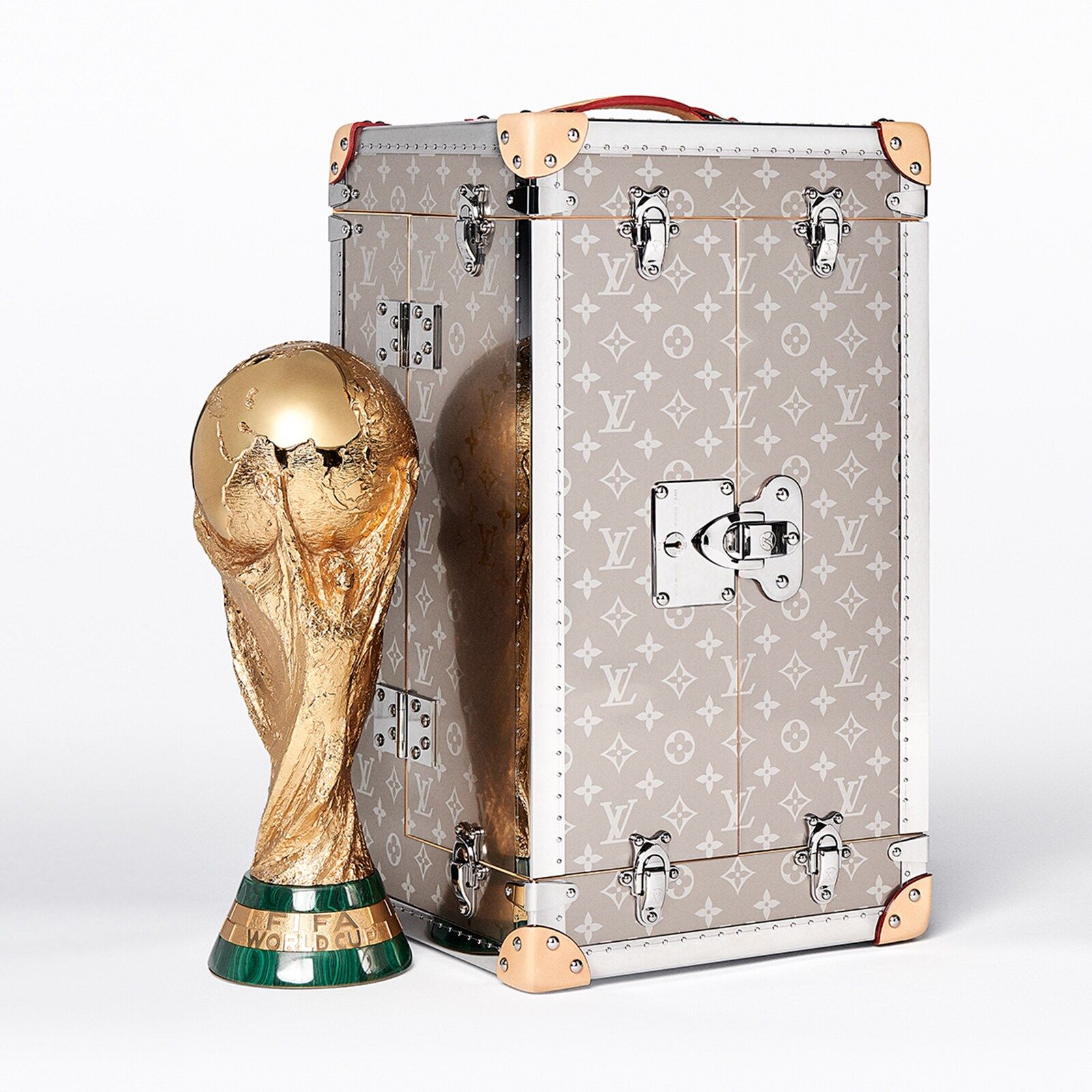 Unlike most of the other carrying cases in this list, the LV container for the FIFA World Cup isn't decked out in the brand's signature Monogram canvas. Instead, it's layered with titanium — a formidable material for a formidable trophy. Louis Vuitton designed the cases for the 2010, 2014, and 2018 cups. 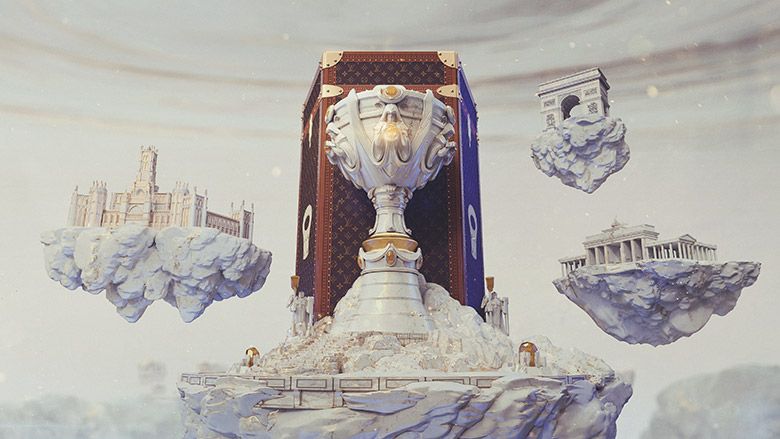 Yes, even esports has its own Louis Vuitton carrying case. The Summoner's Cup for the League of Legends Worlds is a true work of art, and its own bespoke LV carrying case is definitely a match.