Sole searching? Popular Sole Slam 8 convention was definitely the place to be for sneakerheads

NOT even a typhoon can stop this year’s largest sneaker convention in Manila.

On a rainy, wind-swept day, thousands of sneakerheads came in their ‘Sunday Best’ to attend Sole Slam 8 either to buy, trade or show off their best shoe game at the World Trade Center at the height of Typhoon Lando.

On display were some of the most sought after deadstock sneakers (a term used for new and unused footwear that has never touched the floor) that included Air Jordans, adidas Superstars, Air Max, Yeezys (both in Nike and adidas forms), Stan Smiths, Huaraches, Roshe Runs, the various iterations of classic New Balance models and signature shoes of NBA stars.

SPIN.ph caught up with Antonio ‘Mr. Sole Slam’ Aguirre Jr., the founder of what has become one of the most popular shoe conventions not only in the Philippines but in the Asian region.

“We started on September 11, 2011 at the Ronac Art Center. It is a lot different (from the previous seven SS events). We have a lot more local street wear to be exact. We got booming brands and you don’t’ see them in the mall so they’re pretty unique so people come here and buy their merchandise,” he said.

A collector since 2010, Aguirre said he was bitten by the sneaker bug after coming across a pair of shoes he badly wanted ever since he was a kid.

Each Sole Slam event now draws in the area of 75 to 100 retailers, “As much as we can, we try to screen everyone, especially the new vendors and if they currently have issues we don’t allow them to go to certain events.”

Although sneakers were the stars of the show, the other elements of street wear were also well represented: fashion, music and the arts.

American rapper Bun B, who has done collaborations with Jay Z, Kanye West and Pharell, performed for the crowd. Also in attendance were Nice Kicks founders Matt and Allision Hafhill whose website receives three million hits in a day.

There were customizers for that one-of-a-kind shoe you’ve always dreamed about; collector-specific giant shoeboxes that can fit a dozen pairs; sneaker cleaning kits; ballcaps; unique designer t-shirts and multi-colored socks.

Aguirre noted the community is just’ growing and growing’ due to the Pinoy’s passion for sneakers and their penchant for being active on social media.

“Before it was so hard to get sneakers that you want. Now it’s so accessible. The boom was started by social media, particularly Instagram,” Aguirre explained. “I got a lot of connections from all over the world via Instagram. If I ever need a sneaker I would message this guy or that guy. From UK, Japan, China, the US. It just grew from there. There’s this particular shoe, the Nike Foamposite Galaxy. That’s the one that started it all, actually, the hype about sneakers.”

Accordingly, the proprietor of the Sole Slam Manila concept store describes his market as “the most impulsive male market that you’ll ever see.”

“They’ll buy one pair of shoe in different colorways because they want to collect them all. They are that crazy. The adidas Superstar we’d buy has like all 40 colors of them. I only got two or three but someone would buy all of them. That’s how it is (laughs)!"

Organizers also gave out the 1st Annual Sole Slam Awards that recognizes the ‘best of the best’ of what they do in the industry. These included Best Influencer, Best Sneaker Retailer, Most Promising Brand, Best Social Media Feed and Best Dressed Male and Female Sneakerheads.

“This is the first time we would be doing it. They live the lifestyle. They live and breathe street wear. DJs, athletes, brand influencers who take their Sneaker A-Game seriously,” said Aguirre. 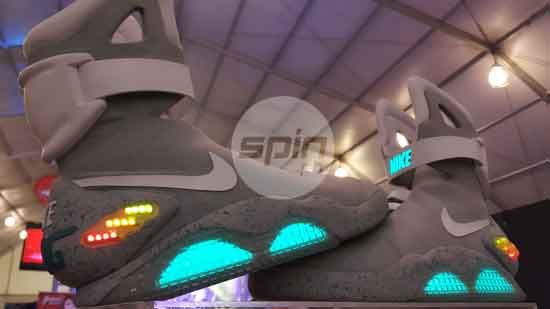 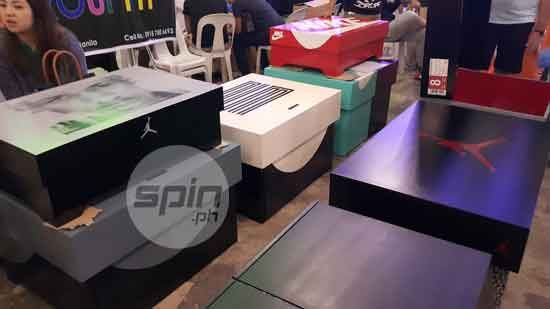 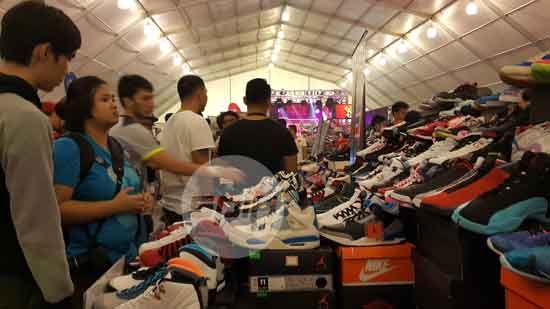