SNEAKERHEADS with an affinity for retro kicks will get the chance to wear the same PONY shoes worn by the likes of NBA greats Wilt Chamberlain, Earl Monroe, Bob McAdoo, David Thompson, Daryl Dawkins and Spud Webb.

The initial offering of the Archive Line is the iconic Pony Topstar ’77, which was launched in a media event at the Taste of Capitol in the Tomas Morato district in Quezon City.

Donna Santos, PONY Marketing Manager, said the brand name is actually an acronym for “Product of New York” and that the whole archive line will be re-launched within the coming months.

“PONY actually has a strong affiliation with basketball because the brand has American roots and notable NBA players wore PONY,” said Santos. The brand has since evolved and has strong ties with hip-hop and urban street culture.

Slated for future release are the City Wings made famous by Webb when the 5-7 underdog dethroned reigning champion Dominique Wilkins in the 1986 NBA Slam Dunk Contest and the Mexico and the Promodel.

“PONY has always been the underdog brand and Filipinos can relate to that because although they always look down on us, we’re the performing ones, we are the ones who can bring something to the table.”

During the event, EDM artists Bea Valera and Kio Priest kicked off the program with impressive performances. This was followed by a look at the history of PONY. As a nod to the Bronx street culture, PONY’s ?#‎GetScouted Campus Ambassador Frank Romuar and pop and lock enthusiast member Jean Karlos B. Alma-Jose capped off the program with an old-school hip-hop exhibition.

When SPIN.ph asked Santos why retro brands remain popular, she noted that it’s not all about style and looks which she admits still go a long way.

“It’s the credibility and authenticity and that’s what people crave. The minimalist look of the classic styles goes with anything you wear everyday.”

“PONY has always been an underdog brand. We don’t go for the obvious “Number Ones” or those with the potential to be Number One. It’s more an anti-establishment view of culture, uniqueness and a rebellious spirit. Pony is not your usual sports lifestyle brand, it’s always been the rebellious one. The brand is from New York and New Yorkers are artsy, different and they want to stand out. Similarly, Pony is like that.”

Pony footwear will be available in Complex Lifestyle Stores, SM department stores and a website by June that would make available exclusive Pony releases. 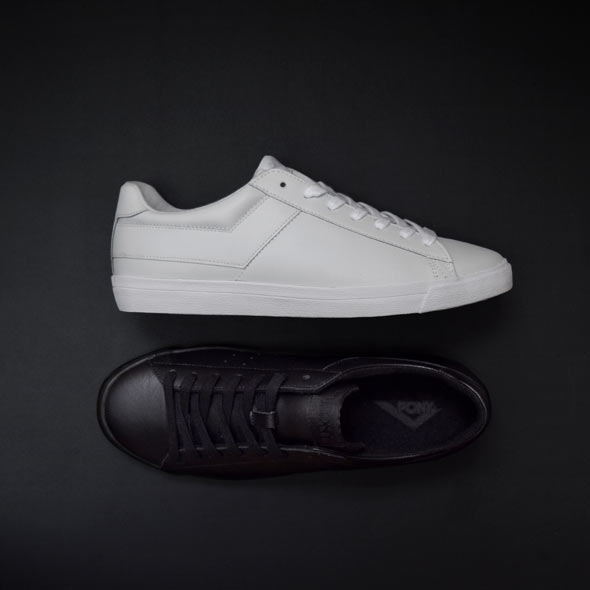