AS METRO Manila, Rizal, Cavite, Laguna, and Bulacan move back into ECQ, multiple sporting goods and sneaker stores have announced that they would be closed for the remainder of the week.

Malacanang announced that ECQ will be in effect from today, March 29, to April 4, Easter Sunday.

Decathlon calls a “time out” not just in its physical stores, but also on its decathlon.ph ecommerce portal. Last call for online orders came at 4 p.m. yesterday.

Adidas will be closing its NCR stores from today up to the lifting of lockdown on April 4. However, adidas.com.ph and the adidas app will remain open for online orders. 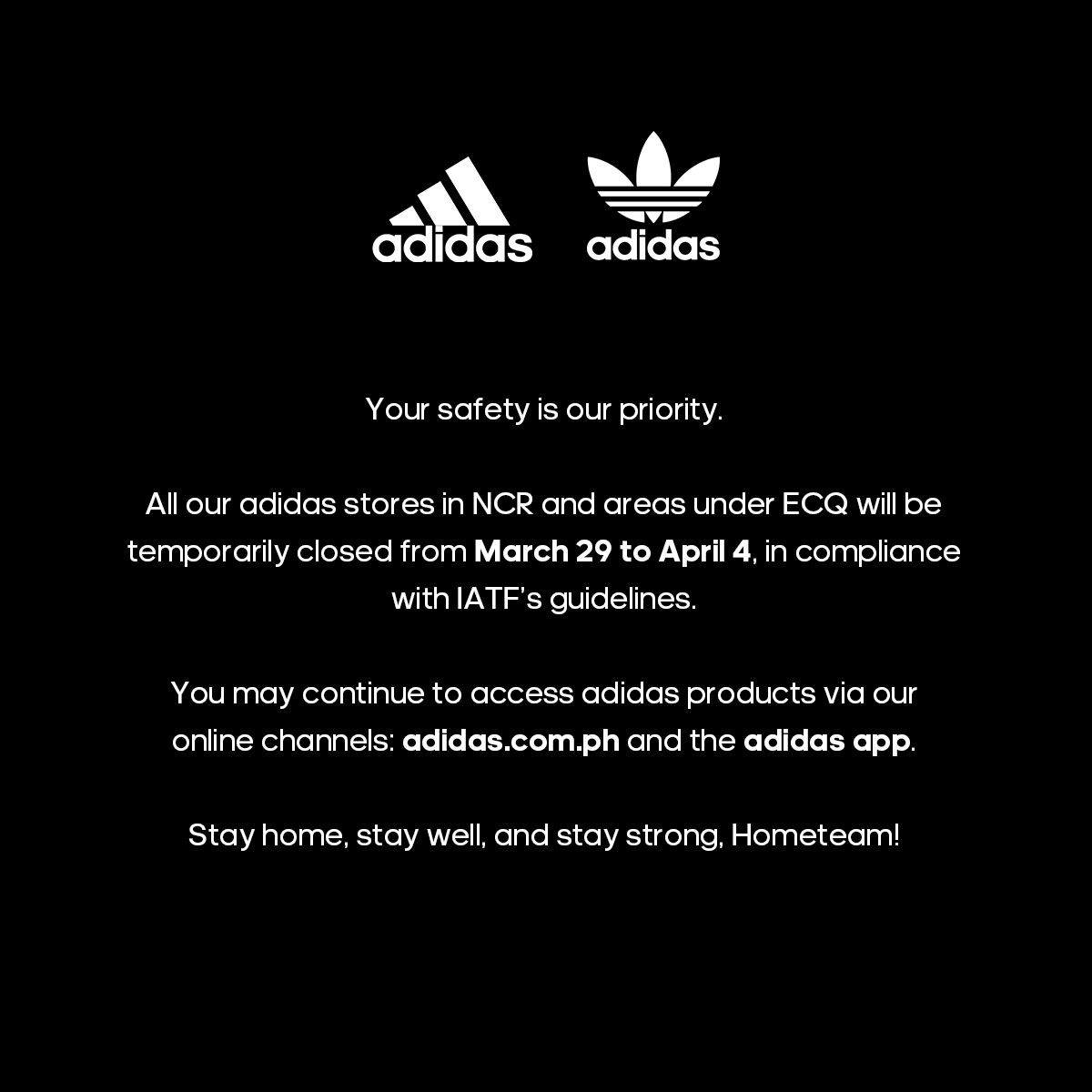 Titan also said that it would shutter its stores in line with ECQ implementation in Metro Manila, and added that they will be "closed until further notice." Titan22.com and, presumably, the Titan app will still be up and running.

World Balance asked for patience in delivery delays, even as its online store remains open during the new lockdown.

Nike Factory Store, which has a presence in many provinces, announced that its Bulacan, Antipolo, Laguna, and SLEX branches will be closed for the time being.

Toby’s Sports made an announcement this morning about the temporary closure of its stores in NCR+. However, its multiple branches across the nation are still open for business.

Capital is closing all its stores for the meantime. In addition, it warned fans that while its online store will remain open, its deliveries will only be able to go out once the lockdown is over.

Chris Sports reminded customers that its ecommerce portal, chrissports.com, is still open, even if its NCR+ branches are not.

The Athlete's Foot will close its stores in NCR+, but said that its "Chat and Shop" service will still be open.

Aside from announcing the closure of its branches inside the affected provinces, Sports Central said that orders made during Holy Week will be processed next week. 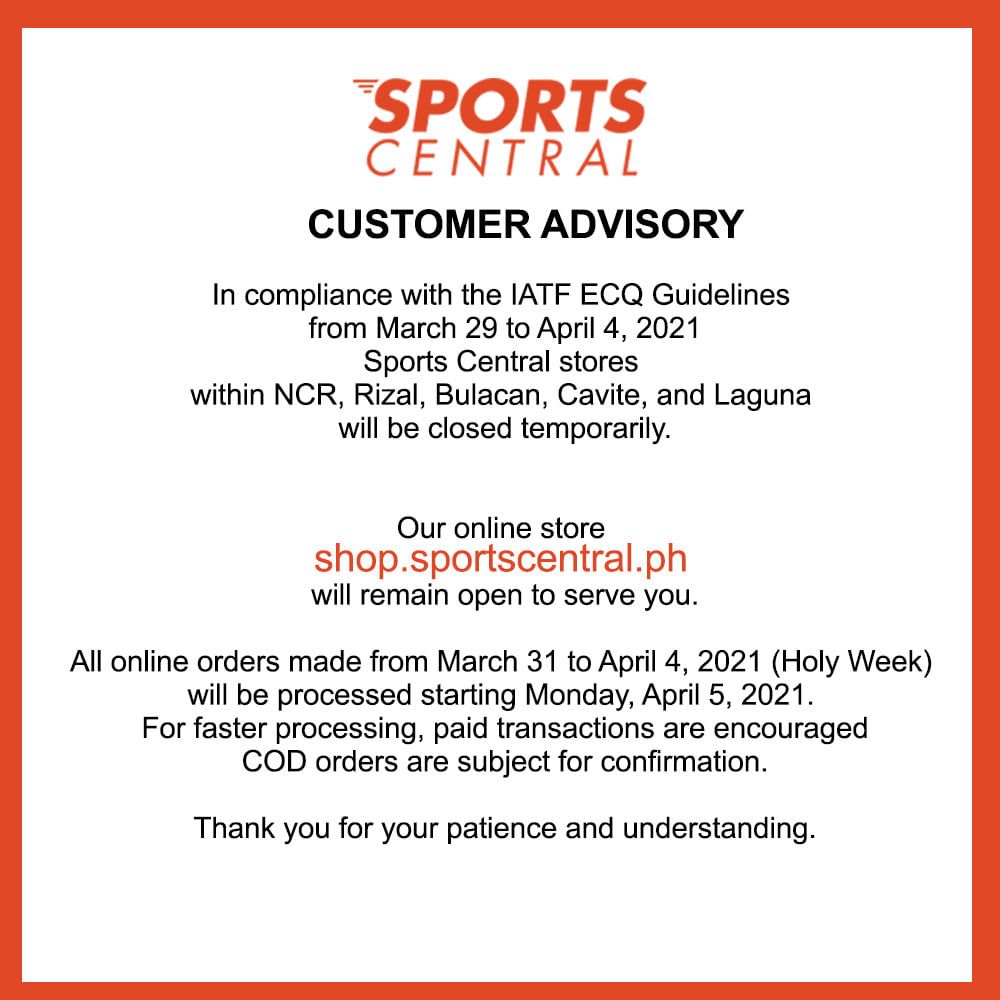 For a detailed explainer on which businesses will be allowed during ECQ 2.0, please read this. Need to go outside the house? Bookmark this APOR (authorized person outside of residence) guide so you know what’s allowed and what’s not.