Six years ago, when the UltraBoost was first released and I was more into running, I preferred minimalist running shoes — zero-drop, thin-soled kicks that let your feet feel, for better or worse, every bump on the ground. The 2014 Skora Fit was a particular fave, which I wore to a couple of 10Ks back when running events were still a thing, and even brought along on a hike to Daraitan. 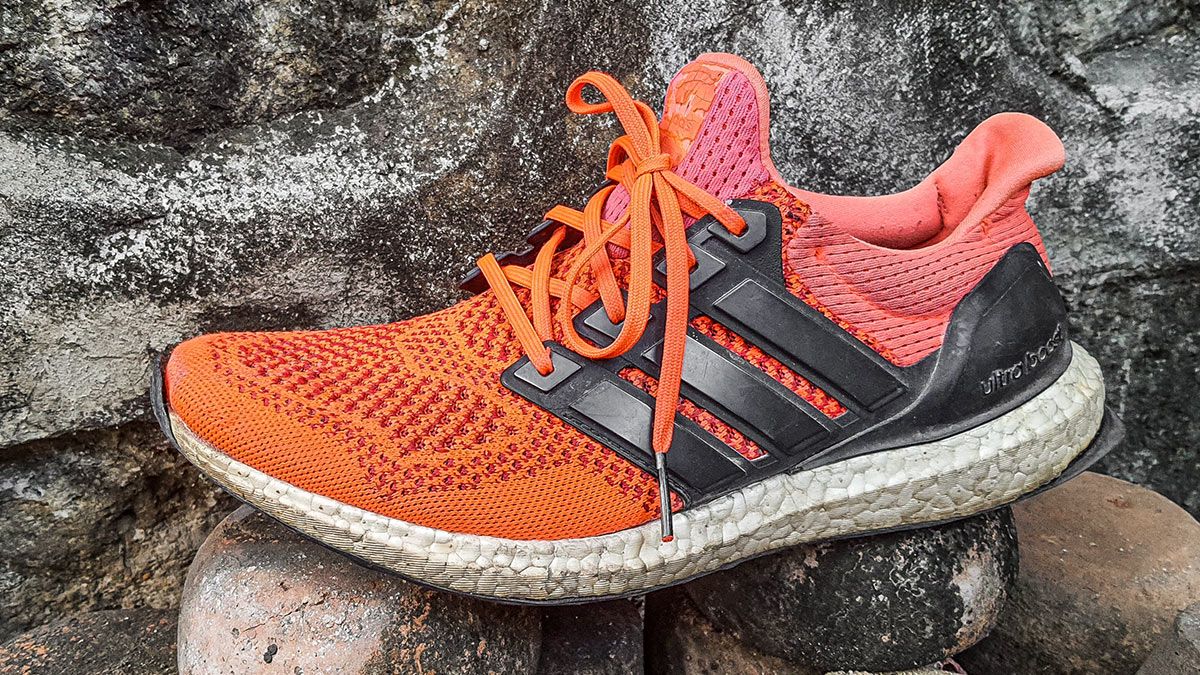 So when I got to try the UltraBoost, my feet felt weirded out by the seemingly bottomless cushioning. Every step crashed my foot into what felt like a bed of springy marshmallows. It was both comfortable and very, very strange.

Fast forward to 2021, and I am trying out the new UltraBoost 21. (Editor’s Note: Spin.ph was provided a test unit by adidas.) It may not be fair to compare the bottoms of a worn-down, much-used, and well-loved six-year old shoe with fresh, out-of-the-box hotness, but the difference is clear: that sole is THICC. 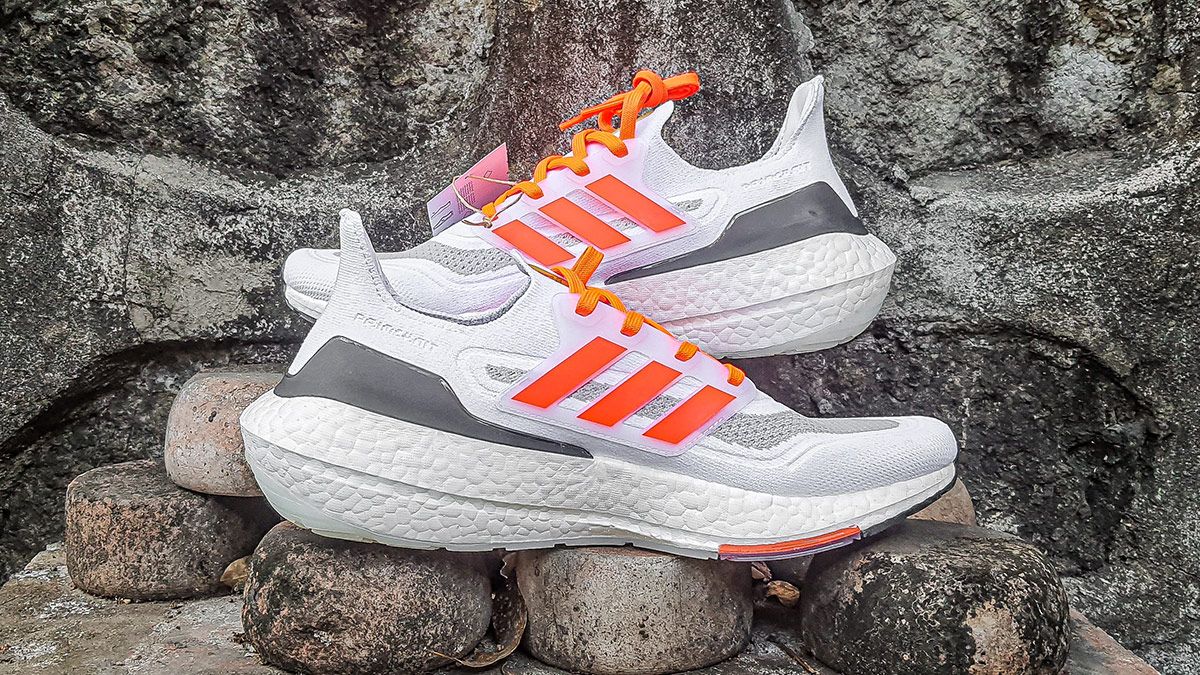 According to adidas’ press materials, the UltraBoost 21 doubled down on the Boost, the Three Stripes’ proprietary cushioning material. They packed six percent more of the stuff on the sole. In addition, they also adjusted the sneaker’s torsion system, which is a thermoplastic arch embedded on the midsole that connects the heel and the forefoot.

The result is a very chunky looking shoe, especially compared with the UltraBoost 1.

It’s not just the UltraBoost that’s become chunkier in the past six years. I did, too. I stopped running and started lifting weights… and, yeah, eating more. I’ve gained about 15 pounds since 2015. I’m also approaching 40. Whenever I run, my knees feel the impact. 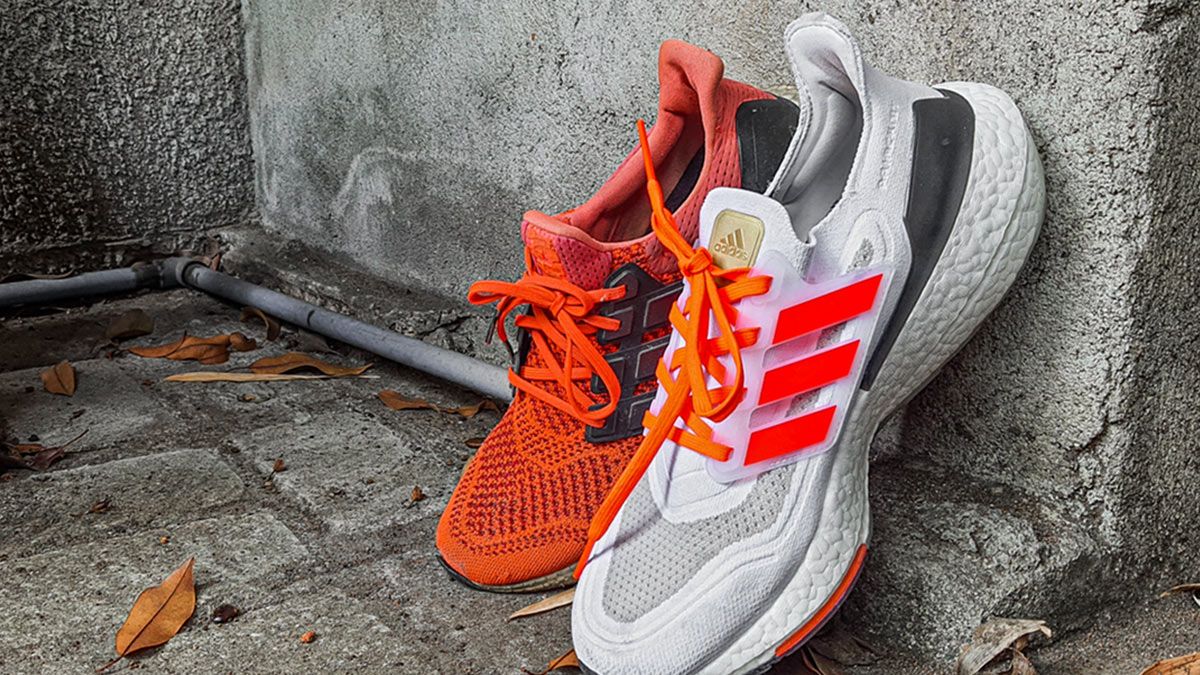 Trying out the UltraBoost 21 in 2021, my old person joints truly, finally appreciate the deeper cushioning of the Boost-ed midsole. Compared to running on the UltraBoost 1, I can now barrel through a downhill without my teeth rattling inside my head. Thanks to the level of comfort alone, I could sprint harder and take on a faster pace with more confidence.

Make no mistake: This is still a heavy running shoe. In fact, it’s around 18 percent heavier than the first UltraBoost. Many running sites have tagged the UltraBoost 21 as being one of the heaviest shoes on the market. So, be warned: This weighty shoe might not fit the way you run.

One thing that hasn’t changed in six years is adidas’ commitment to its flagship shoes’ styling. The UltraBoost 1 might have come in second place to my Skoras when it came to running, but it was definitely first choice for my going-out shoes. The rich texture on those Primeknit uppers, the way the Three Stripes were built into a plastic lace cage, the distinctive rising panels at the heel — it was definitely a looker.

For some sneakerheads, the sheen of the UltraBoost look may have faded over time and countless iterative releases. But the UltraBoost makes a good argument for being the finest looking one yet. Adidas doubled down on a more performance-oriented look, with racing lines etched on the uppers. The lace cage has been revamped with a more translucent-looking material that fits the overall design. 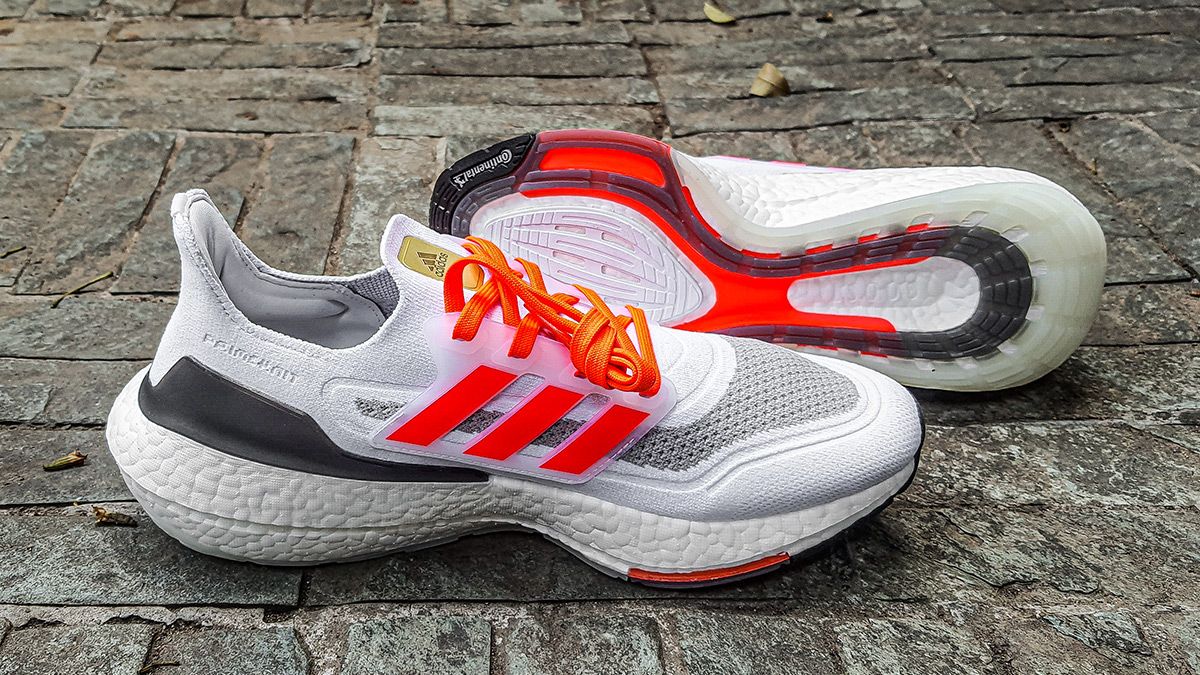 For environmentally conscious sneakerheads, you might also be glad to know that the Primeknit upper is now made largely of recycled materials.

The spirit of the UltraBoost, then, remains the same. Whether you’re rocking a 1 or a 21, if you’re looking for a dependable running shoe that can double as your go-to porma kicks, you can’t go wrong with an UltraBoost.