TERRY Francona took one look at Cleveland’s all-black uniforms and turned into a fashionista.

His review? Not good.

That was a common view across the majors and social media on Players’ Weekend, when big leaguers wore uniforms designed to be fresh and fun, complete with nicknames on the back. But rather than a hit, the monochromatic schemes were mostly rated a big swing and miss.

Asked if he could compare them to anything he’s worn before, Roberts said: “It was probably an ugly sweater over the holidays.”

“When I put the uniform on I felt a little silly,” he said. “I’m sure I would have felt that way if I had the white one on, too.”

The Dodgers and Yankees traditionally wear two of the most classic uniforms in the majors. The Dodgers, in fact, asked Major League Baseball for permission to sport their regular uniforms for one game in this highly anticipated series at Dodger Stadium.

“The one thing I would say — you know, Dodgers-Yankees, I feel like it would be cool that . this isn’t necessarily the best weekend for us,” Boone said Friday. “I think having this matchup and to have them in their uniform and us in ours.”

The Chicago Cubs went rogue on Friday to begin their series against Washington at Wrigley Field.

This is the third season of Players’ Weekend and, according to an arrangement worked out this year between MLB and the players’ union, the home team could pick whether to wear all black or all white. There was one caveat — pitchers in white had to wear a black hat, to help hitters see the ball better.

Dressed in white, the Cubs decided on their own to go with blue hats, being a dark color to match starter Jon Lester’s black cap.

“They got together and figured (for) uniformity we’d all wear the same hat. A solidarity kind of a move,” manager Joe Maddon said.

Later, the Cubs were told by MLB to stick to the plan.

“Listen, I get in so many tough spots when I demonstrate my feelings on certain things,” Maddon said. “I just don’t know. I’d just like to know who said this was a good idea. That’s the best way I can describe that. Just really awkward, very awkward. They’re getting enough heat. I don’t need to pile on.” 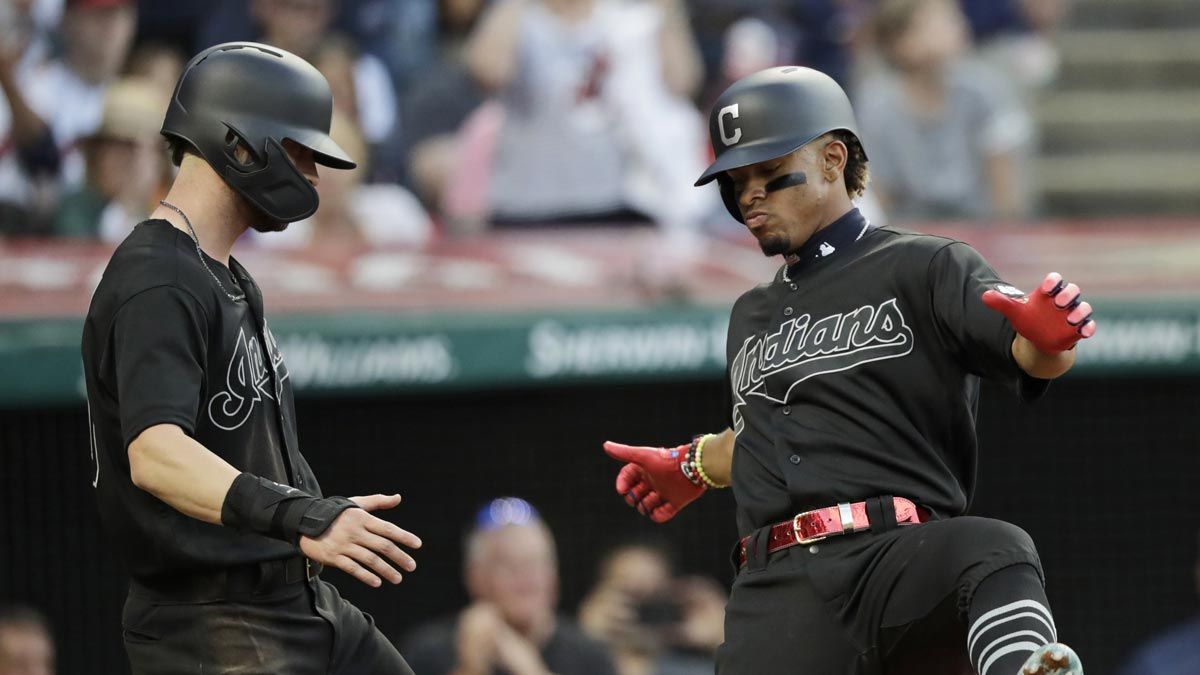 Maddon offered his own suggestion.

“My take on it is they should every team design their own Players’ Weekend uniform. That would be cool,” he said.

“You style the Cubs uniforms, then it truly is Players’ Weekend,” he said. “I think you’d get a lot more interesting and better ... if you went that route.”

NL batting leader Jeff McNeil of the New York Mets returned from the injured list on Saturday and saw his jersey — with “Flying Squirrel” on the back — hanging in his locker at Citi Field.

To others, those uniforms made players look like the Good Humor Man, or something from “Field of Dreams.”

Chimed in Kristin Smoak, wife of Toronto first baseman Justin Smoak: “These uni’s are kind of the worst look I’ve ever seen,” she posted on Twitter.

Arizona manager Torey Lovullo said he enjoyed this opportunity each year where “the players get to show a little bit of flair and their personality,” adding, “I’m all for it.”

But it also made things a bit more difficult with his Diamondbacks wearing black to play the Milwaukee Brewers at Miller Park.

“It was hard for me to look across the diamond and tell who is who. You can’t see the numbers or the names,” Lovullo said. “Maybe I’d ask for just a little bit more contrast for the names and numbers on the white uniforms.”