KOBE Bryant’s announcement that he will retire at the end of the 2015-16 NBA season has led to an outpouring of love for the Los Angeles Lakers superstar.

Online, Bryant’s supporters expressed their gratitude for the five-time NBA champion for his accomplishments on the court.

One such fan is Filipino sneakerhead Vincenzo Monteroso who chose to honor his idol in a rather unique and special way by coming up with a special shoe design based on the signature kicks worn by the 20-year veteran over his career.

“Just sharing: In honor of the Mamba's retirement announcement, I made a quick concept shoe sketch. I drew some hybrid Kobe models in one shoe before, but now I tried to combine 10 of Kobe's Nike models in one shoe,” wrote in his post on KOBE Section PH, a Facebook community page dedicated to Bryant’s fans in the Philippines.

The black and white drawing of the hypothetical “Decade of Greatness” fuses design elements from the ten editions of the Zoom Kobe signature shoes from Nike.

Generating a lot of praises, Monterozo’s tribute even caught the attention of Nicekicks.com, one of the world’s most popular sneaker websites, which shared the sketch.

Nice Kicks staff writer Pierce Simpson described the Pinoy’s work as a “stellar sketch” and a “remarkable rendition” of what a Kobe Hybrid shoe might look like.

“I hope his kicks will be retroed soon, but for now we could only imagine,” said the self-confessed ' big Kobe Head' who has been into drawing since he was three years old, having been mentored by an older brother.

Intrigued by the Jordan Spikize that combined various elements of Michael Jordan's signature kicks, Monteroso tried to do his own take with hybrid models culled from the Laker superstar's own line.

A member of Xeros Business Services for the past five years, the talented artist told SPIN.ph he became a fan of Kobe because of his "tenacity, aggressiveness, killer instinct and love of the game."

Among his Nikes, Monteroso's favorites are the Kobe 4 'Home Gradient', the Kobe 5 'Miles Davis' and 'Comet Red' and the Zoom Kobe 1, Bryant's first Nike signature model.

Even though he doesn't have any rare and hard to find items of his idol Monteroso considers his most most prized moment was when he saw Kobe personally in 2011 when the NBA star went to Bonifacio Global City during his third visit to the country.

"Not closely but just to see him personally was awesome." 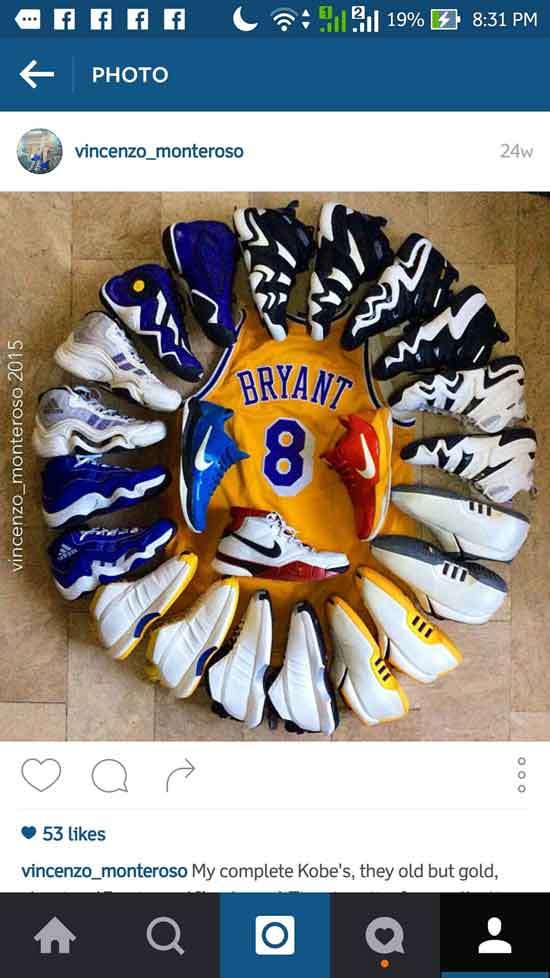 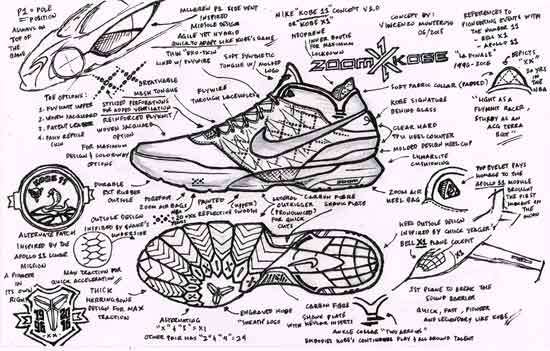