PLAYING for the run-and-gun Oklahoma City Thunder, and in today’s fast-paced NBA game in general, Paul George made sure he had the right shoes to keep up.

That’s why his newest signature shoe, the Nike PG3, was designed to make him faster, lighter, and more agile while still keeping his feet firmly in place.

“As I see myself getting older in this league, the question I ask myself is, ‘How can I become a more efficient athlete?’ I need to perform at the elite level I know I’ve reached, but without wasting excess energy,” the nine-year veteran said, baring that he added underwater walks in his offseason training after realizing he had to control his breathing at the end of last season.

That’s the same philosophy with his footwear: how can his shoes make him more efficient? 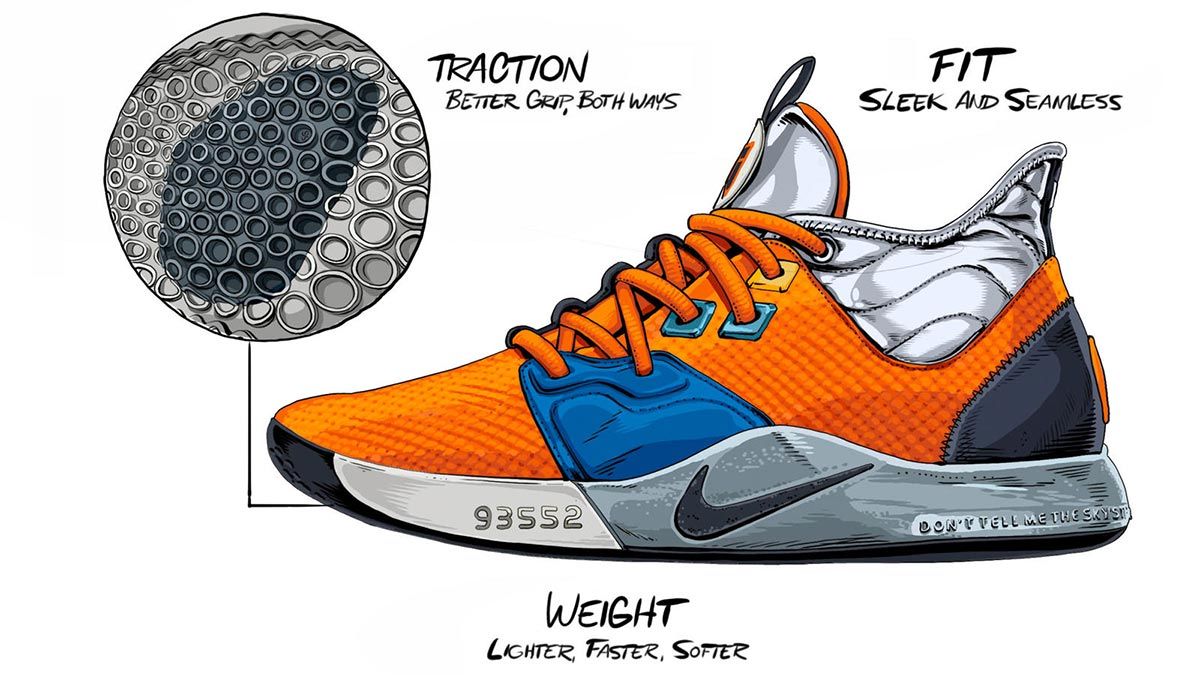 Removing unnecessary material and putting a softer foam in the midsole, George’s third signature shoe is now nearly an ounce lighter than its predecessor.

“Reducing the weight suits his style of play,” Nike Basketball Footwear Designer Tony Hardman said. “He’ll set and pop from three off of his forefoot, and he’s doing a lot of cutting and slashing from the balls of his feet, both offensively and defensively.”

“That softer midsole foam and the forefoot Zoom Bag help him to generate more speed,” he added.

Becoming more of a focal point on offense alongside Russell Westbrook in his second season with OKC, George wants his shoe to meet the demands of his heightened movement.

So his new shoe now features circular traction patterns to help the athletic wingman cut more sharply along with the synthetic “wings” across the forefoot, an element that’s also present in the PG2, to keep George locked in. 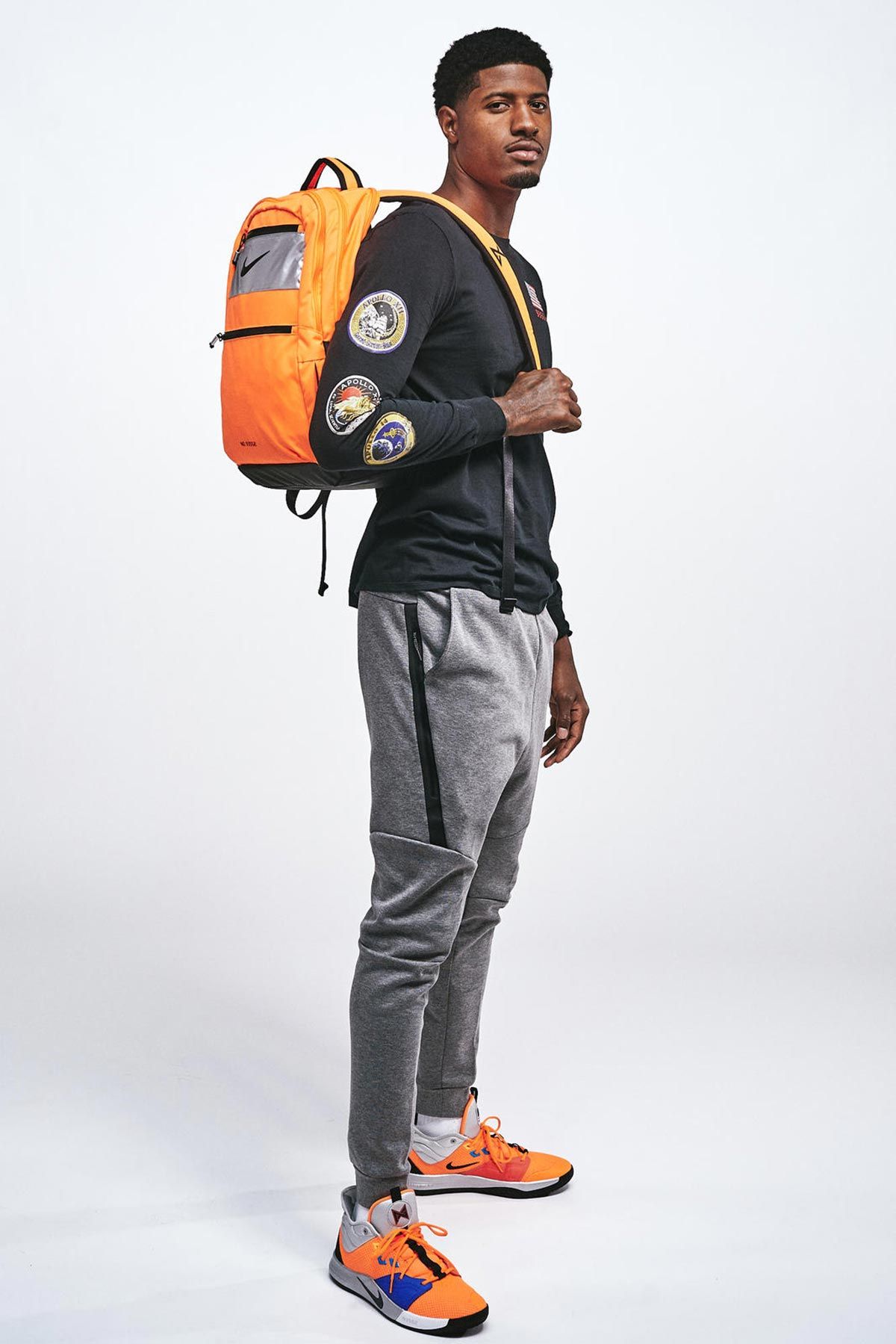 Aside from the performance aspect, the shoe also has sentimental value.

While the first two editions of his signature sneaker celebrate his love for video gaming, the PG3 highlights his hometown of Palmdale with a NASA-inspired colorway, complete with his favorite quotes on the heel: “Don’t tell me the sky’s the limit when there are footprints on the moon.” 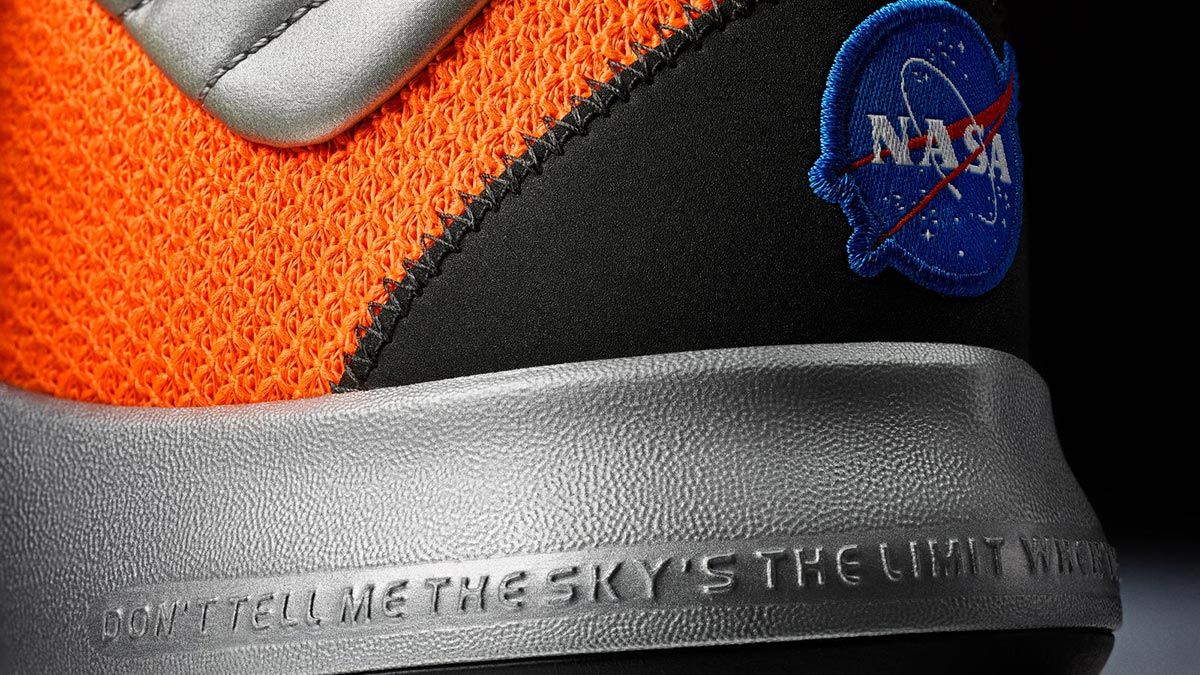 At the sole, inside the circular traction pattern are numbers that hold a lot meaning to the 28-year-old George: his birthday on May 2, the jersey numbers he has worn, and the number of tattoos he has.

The PG3 retails at P6,295 starting January 26 at select Nike and Titan branches. 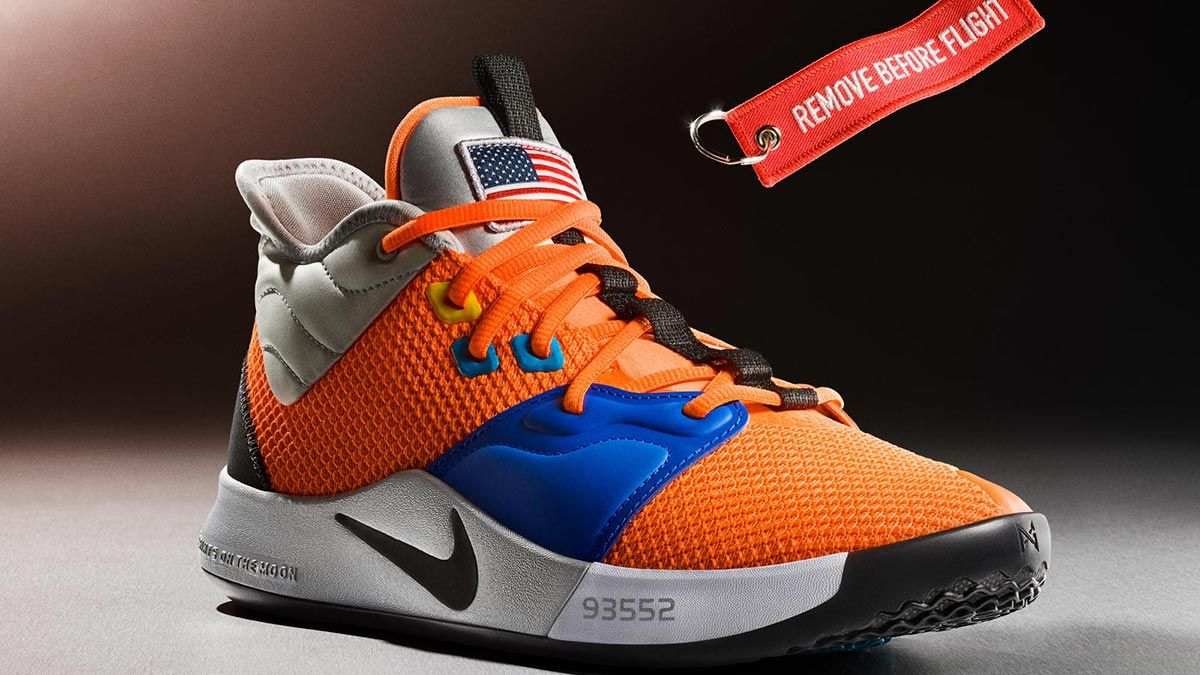