This running shoe tech — which basically embeds a carbon fiber plate deep in the heart of a sole — has helped increase the speed of many of the world’s top runners. (Tap here for a quick explainer on how that works.)

It’s the secret behind Nike’s controversial Vaporflys, which remain competition legal after World Athletics briefly considered banning them for unfair advantage. (Shoes with more than one plate, however, are not allowed.)

Several other running brands, including Saucony, Brooks, adidas, and Hoka, have been embedding this fancy new tech into their latest platforms. 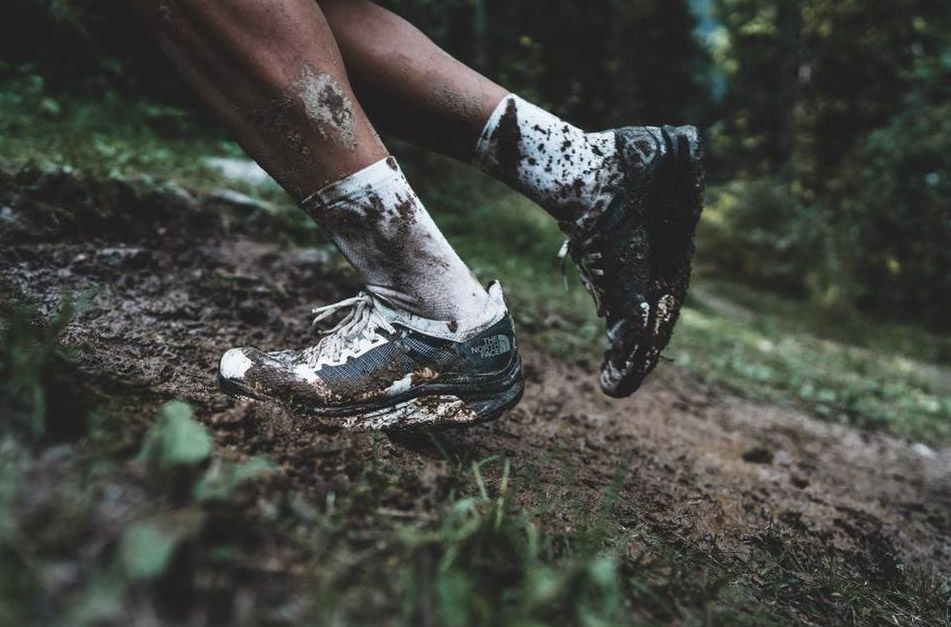 Now, add The North Face to the list, as it takes carbon plates to a brand new frontier: trail running.

The Flight Vectiv combines the springy tech of the carbon plate, the lightness of running kicks, and the toughness of a trail shoe. That’s a tricky three-way balance to get right, but the brand is confident it's nailed it, thanks to the input of ultra elite runners who helped design the shoe, like Kaytlyn Gerbin and Dylan Bowman (who are also North Face athletes).

The North Face is calling its plate design as 3D Vectiv Plate, and it sits directly underneath your foot, wrapping slightly around the edges. “The plate gives you lateral and fore-aft control,” Michael Thompson, The North Face senior product director of footwear, said in a statement, “and it has propulsion at the end of the stride.”

The Flight Vectiv is the flagship running shoe of The North Face’s new Vectiv line. The Infinite and Enduris also offer plate technology, but made of Pebax or tuned TPU. These three shoes are further split into outdoor and trail running categories — for a dizzying total of 15 pairs to choose from.

The brand claims that 17 records have been broken by athletes testing the Vectiv.

The Flight Vectiv is priced at $199 (around P9,580). We’ll keep you updated for any Philippine price and release date.