Here's a look at the shoes you didn't see yesterday, as well as a for-the-ladies edition of the EYBL released yesterday and the limited edition jersey. 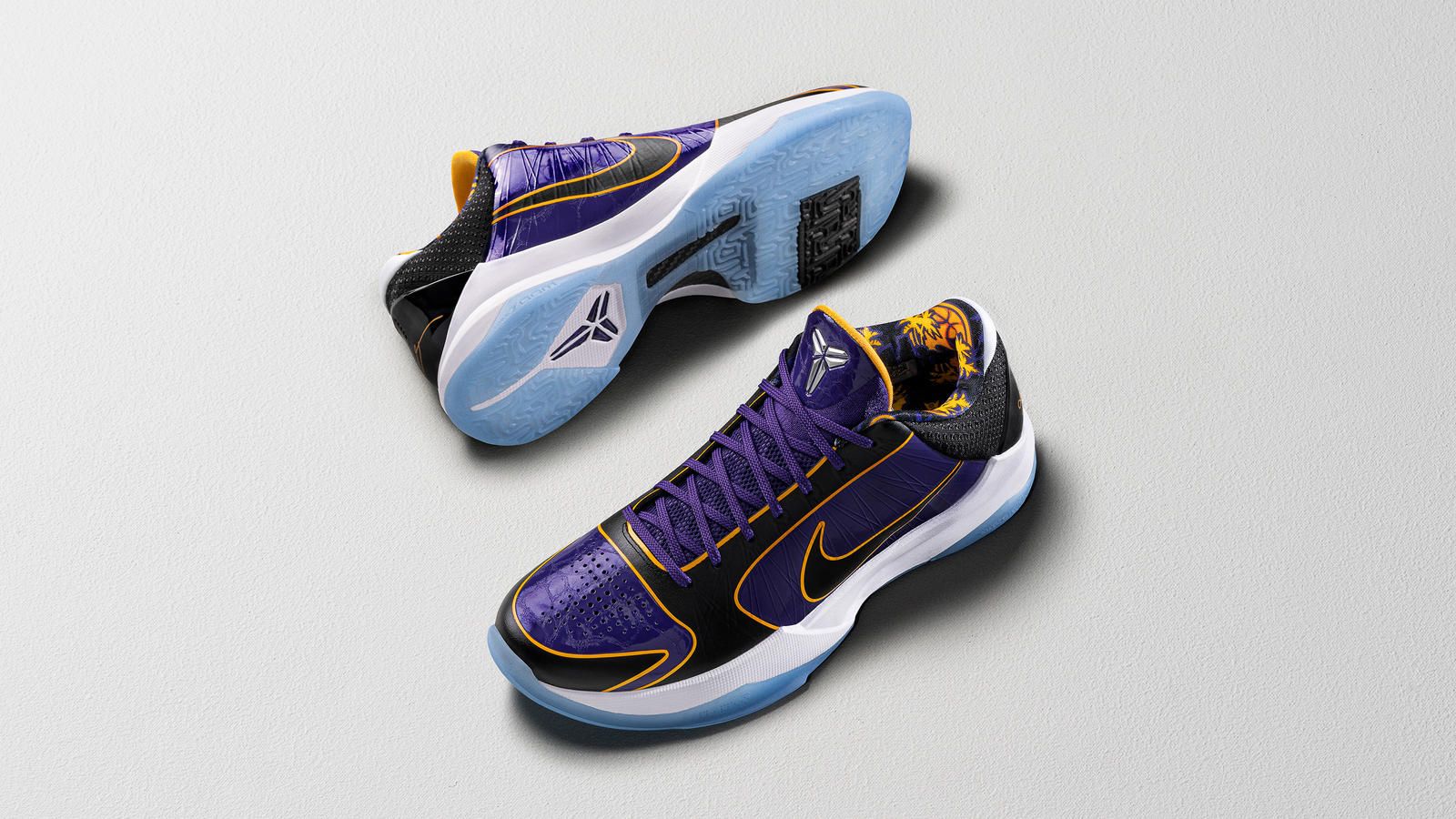 This pair speaks Mamba Mentality like no other. The Kobe V Protro '5x Champ' reinterprets the championship-themed jackets gifted to Kobe after his second and third titles, but as a purple, black, and gold pair of kicks. It also has insoles printed with five-star graphics. 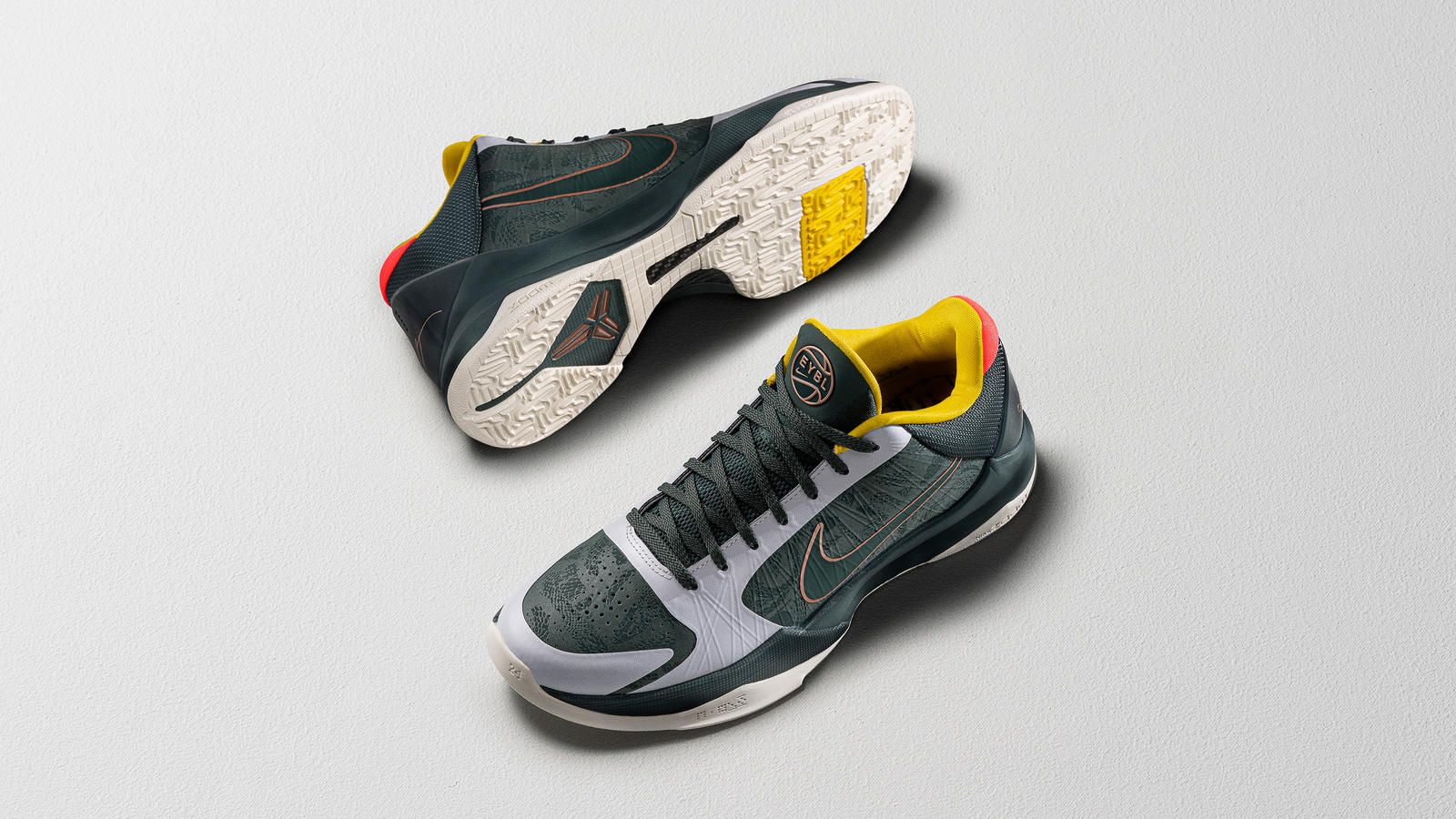 A collection in support of the Mamba and the Mambacita is, of course, a pair for the ladies. This pair has drawn inspiration from mythological Greek character Medusa, featuring a dark olive green upper and rose gold accents.

UNDEFEATED 'WHAT IF' PACK 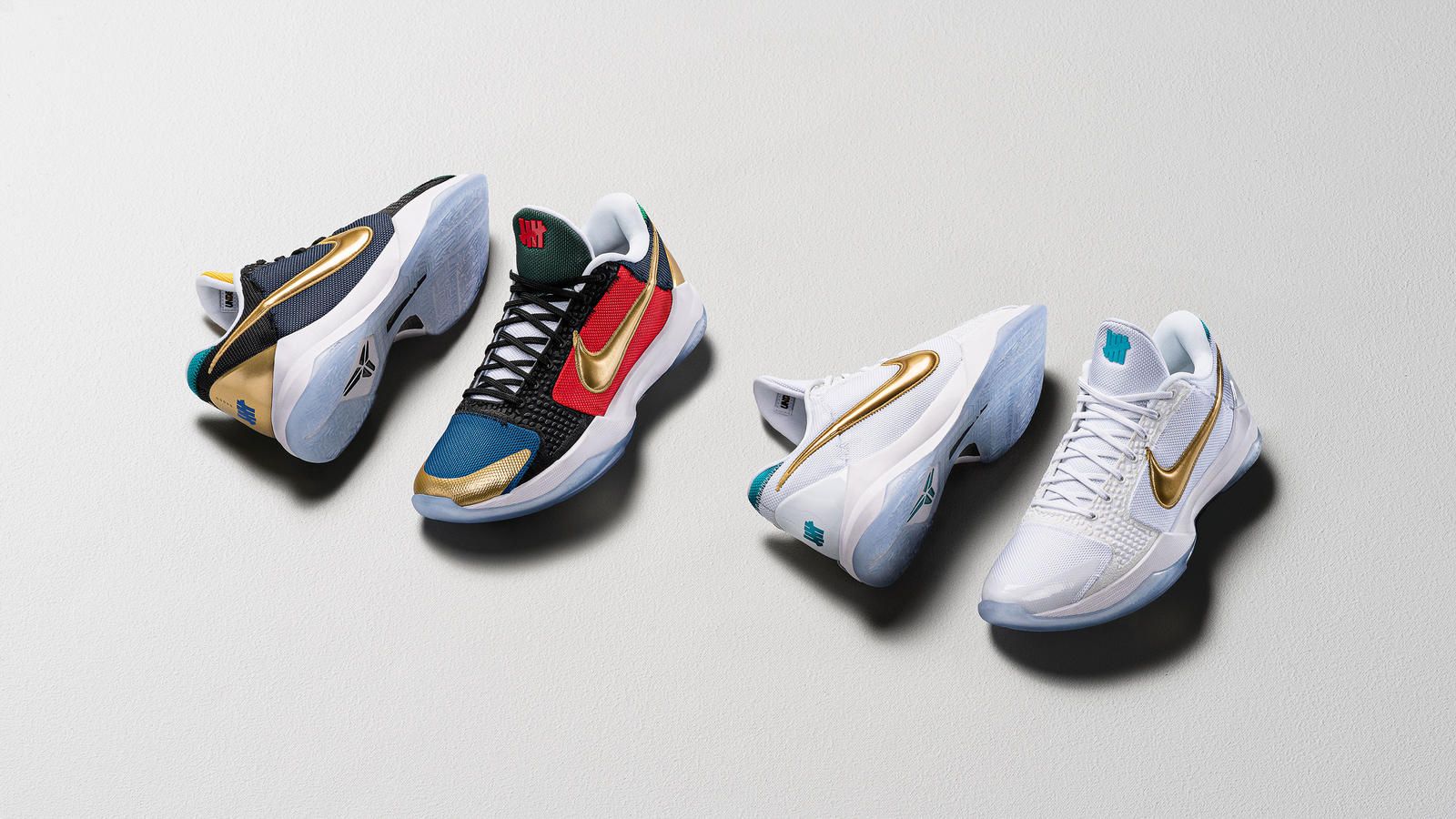 A collab with the streetwear store, this two-pack looks back to Kobe's beginnings in 1996 NBA Draft where 12 teams passed up on the young rookie. Choose from two styles: The more colorful pair is deck in colors from all the teams that passed Kobe up, while the white pair recalls the colors of the Charlotte Hornets — the team that traded him away to the Lakers. 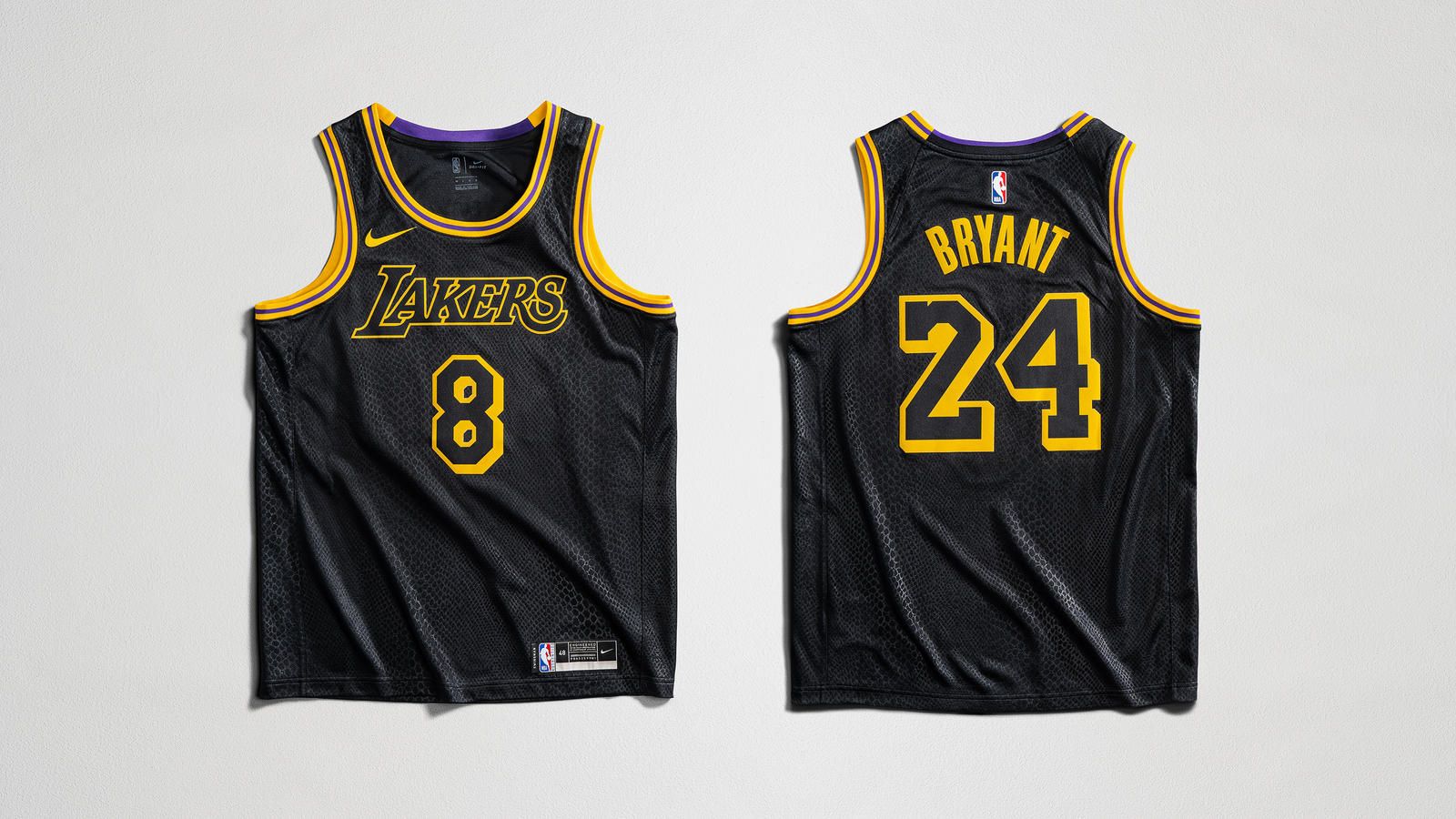 We’ve all seen him wear his yellow and purple jersey. But all-black? That's rare. This new jersey heralds the return of the 2017 Nike Lore Series uniform, and is personally co-designed by Kobe himself. It features a faux-snakeskin print with his retired numbers 8 and 24.