First, actor Jonah Hill, in a discussion about the soundtrack of his directorial debut, Mid90s, with Genius, named him as one of his favorite rappers of all time and also "one of the singular important artists" today.

Also, Twitter user @noah_charlick "made a great discovery or a terrible mistake" when he created a mashup of Lamar's "Backseat Freestyle" and a-ha's "Take On Me." That doesn't sound right, right? But it is now viral:

And finally, Nike releases this gem created in collaboration with Lamar: traditional house slippers in the classic shape of the Cortez.

The Kendrick Lamar x Nike Cortez Kenny IV "House Shoe," (a mouthful and also) the rapper's fourth collaboration with the Swoosh, is all about that sun-kissed Los Angeles life. "House shoes have always been part of LA culture," notes Lamar. With this in mind, he created his own mashup: the comfort, simplicity, and convenience of a traditional house slipper combined with the classic footwear shape of Nike. 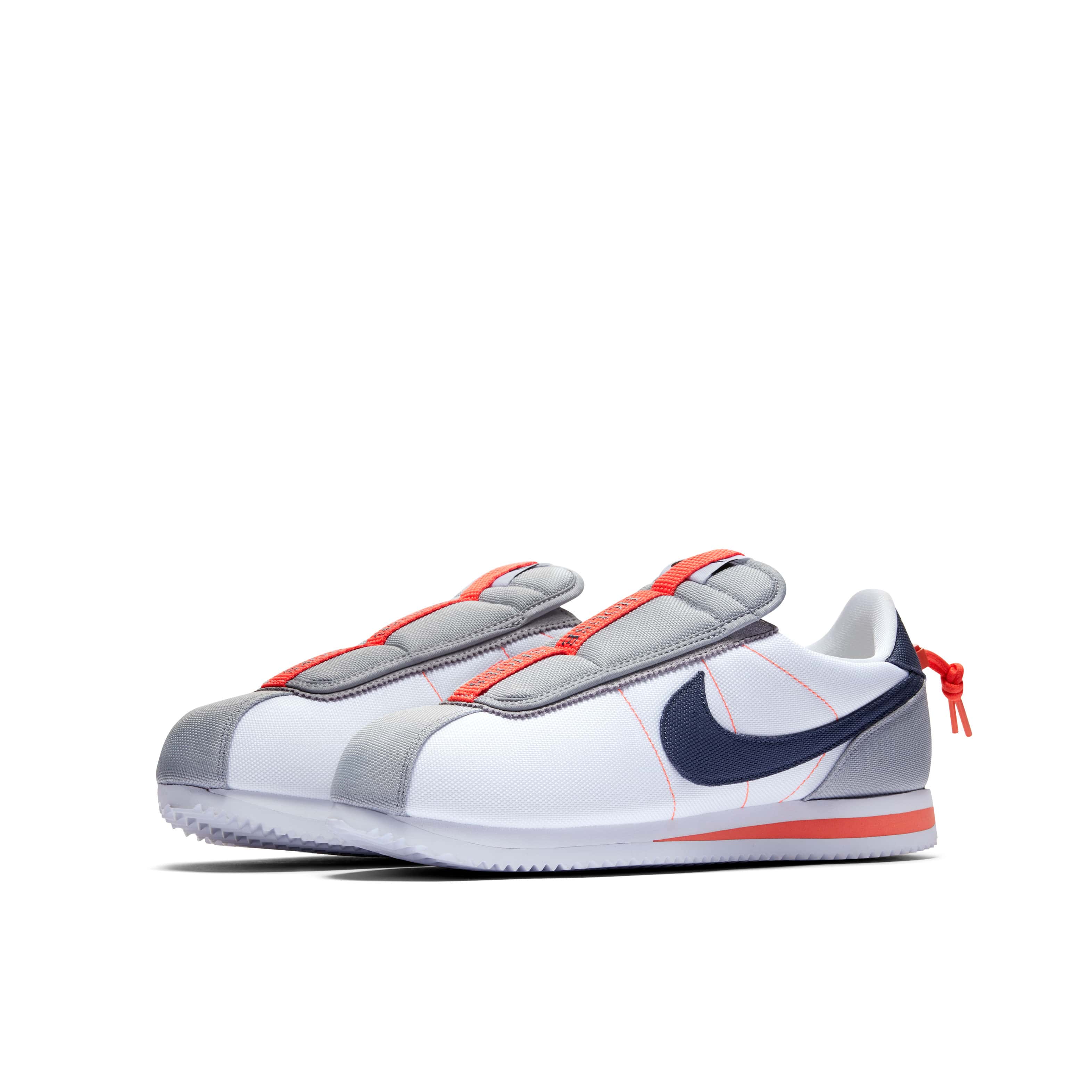 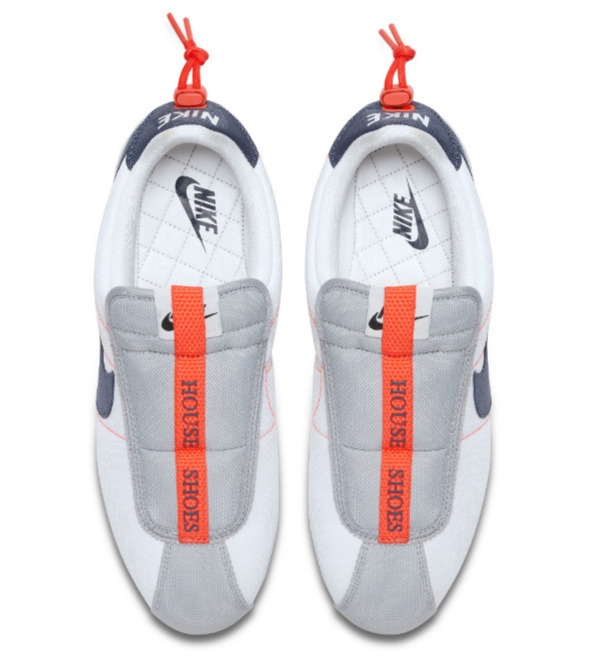 Maybe Lamar has had enough of overwrought fashions with their alienesque sneaker shapes and too-cool hype, because he just wants you to feel good - but still look great. "The shoe is all about being able to get up and just go out in style," he says.

With its cushioned tongue, the Kenny IV does look like you are swaddling your feet with just-washed comforters or depositing them into a shoe made of marshmallows. It's also easy to put on as pesky laces (who has time?) are left out in favor of a tug-and-go drawstring system found at the heel. 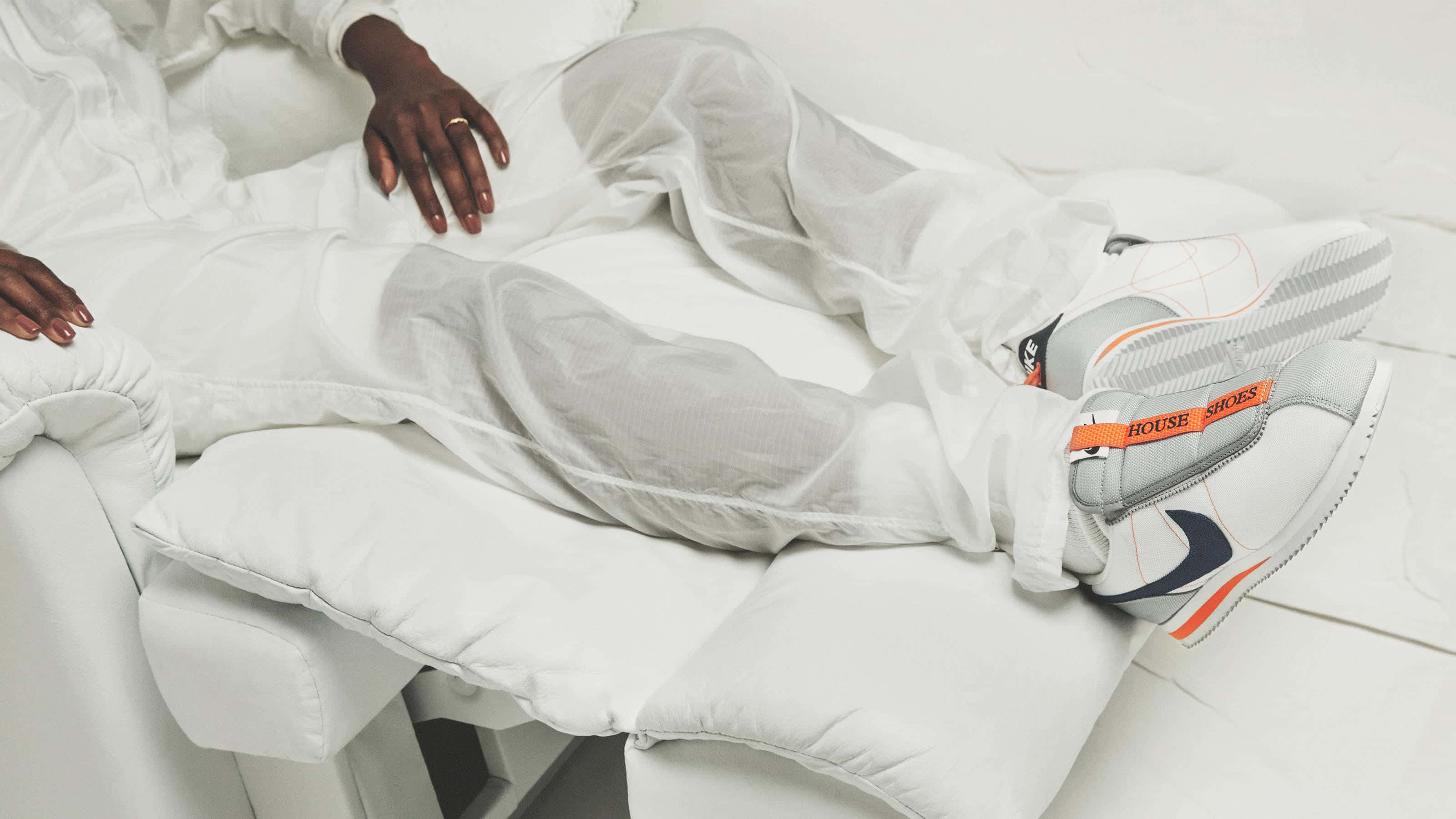 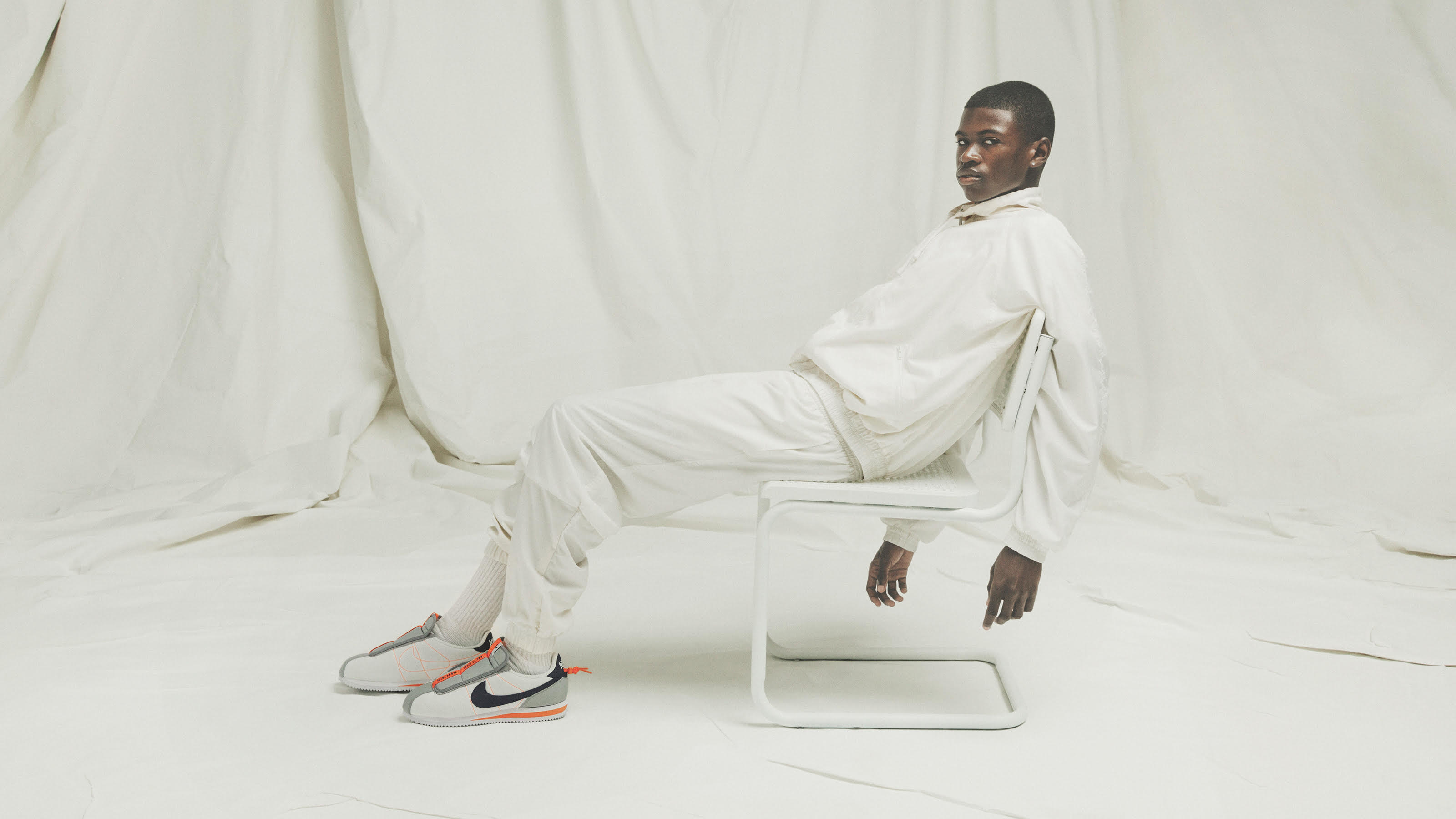 In white and dove gray with blue and orange details - the swoosh is dark and a strip of orange (with "house shoes" printed on it, in case you forget the sneaker's purpose) bisects the tongue - these look like moon shoes. Float, fly, or bounce around in them while tripping out on Hill's new series Maniac on Netflix.

The rapper ascribes a practical meaning to his latest creation. While creativity is always goal in his Nike collabs, Lamar makes sure to put fashion and lifestyle on equal footing. "When we are talking about lifestyle, we are talking about real lives, actual people," he explains. In other words, your cool shoe should also wearable and useful.

Or maybe he just wants you to put your feet up?

We're going to run with this idea. We're going to slip into these house sneakers while listening to "Take on Backseat" on a loop. 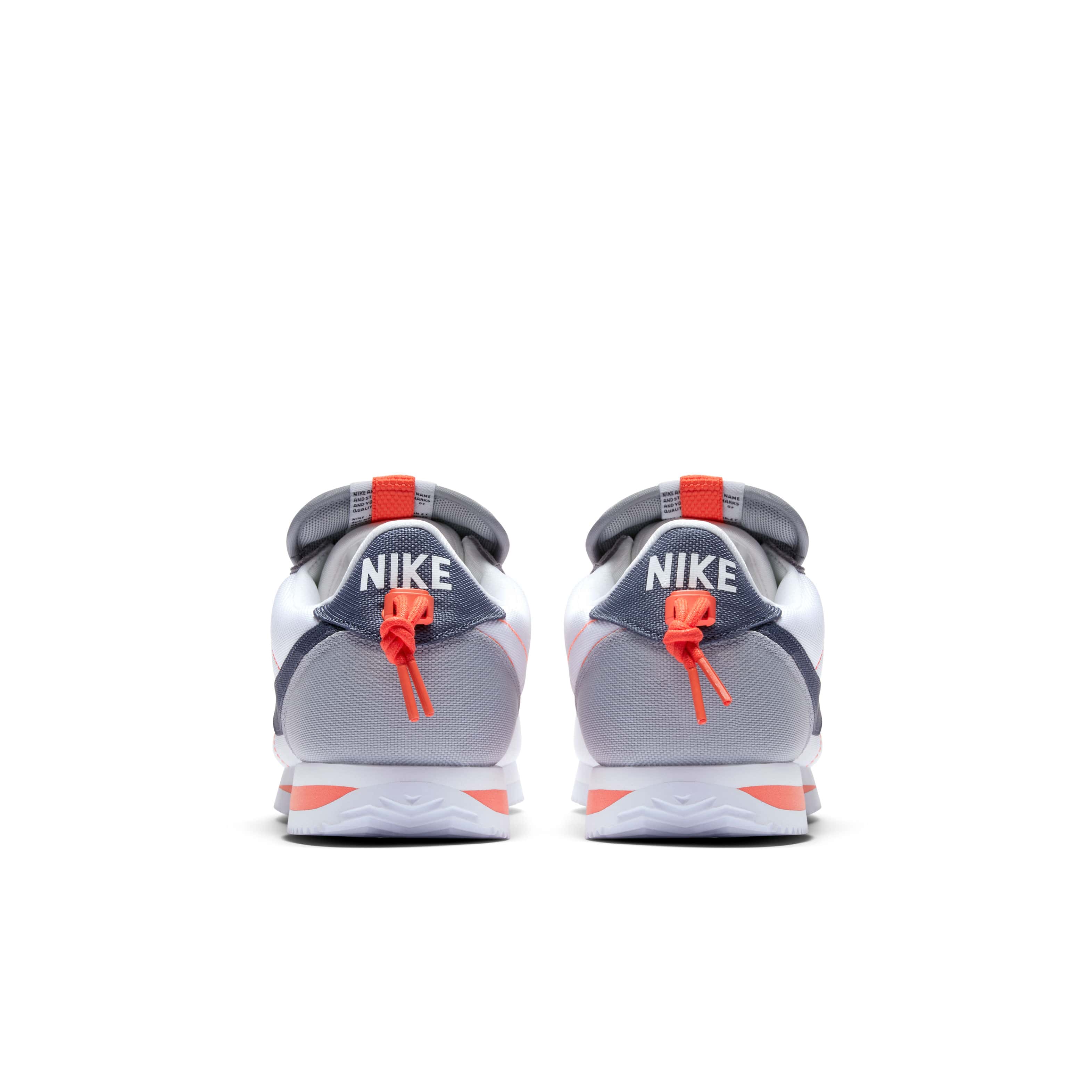 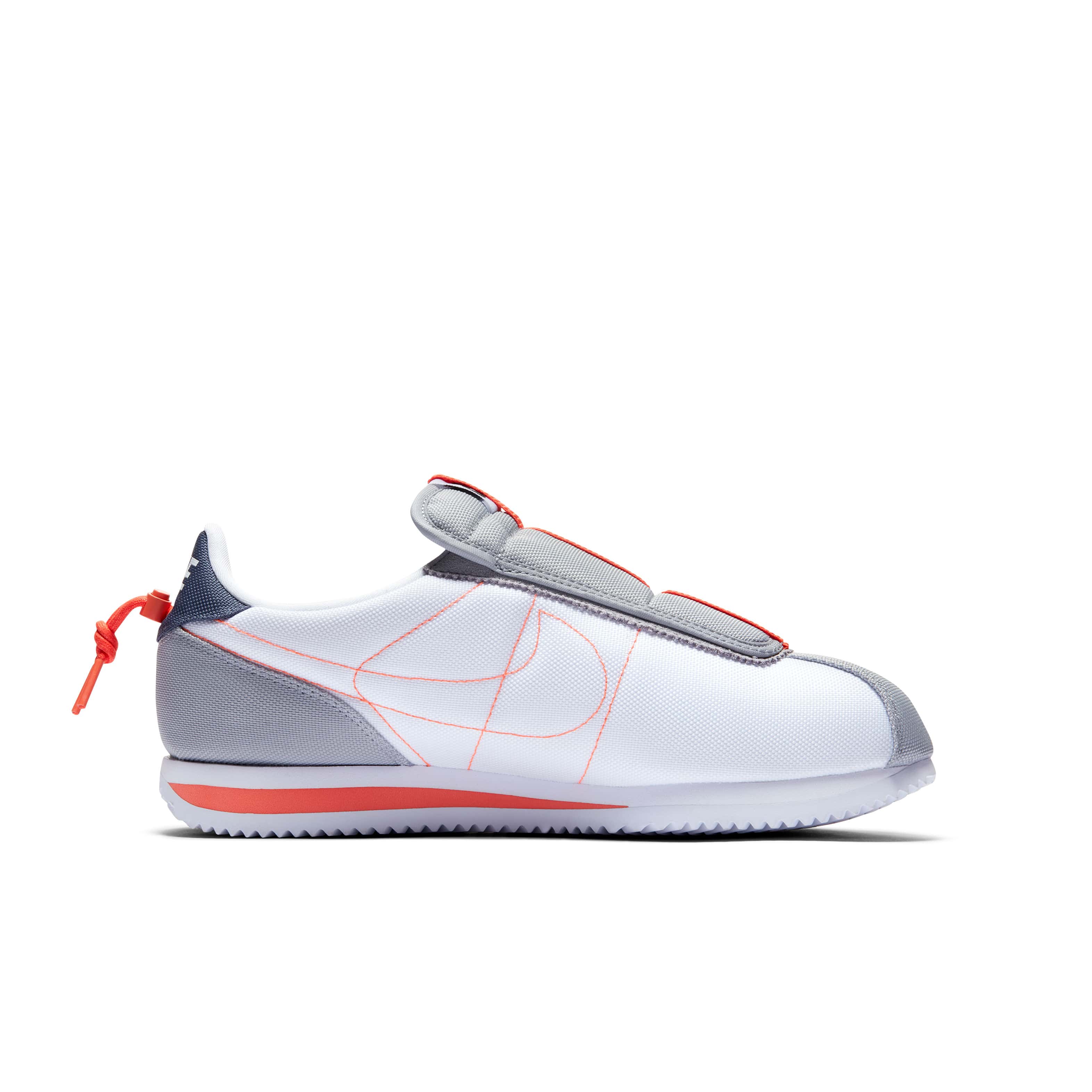 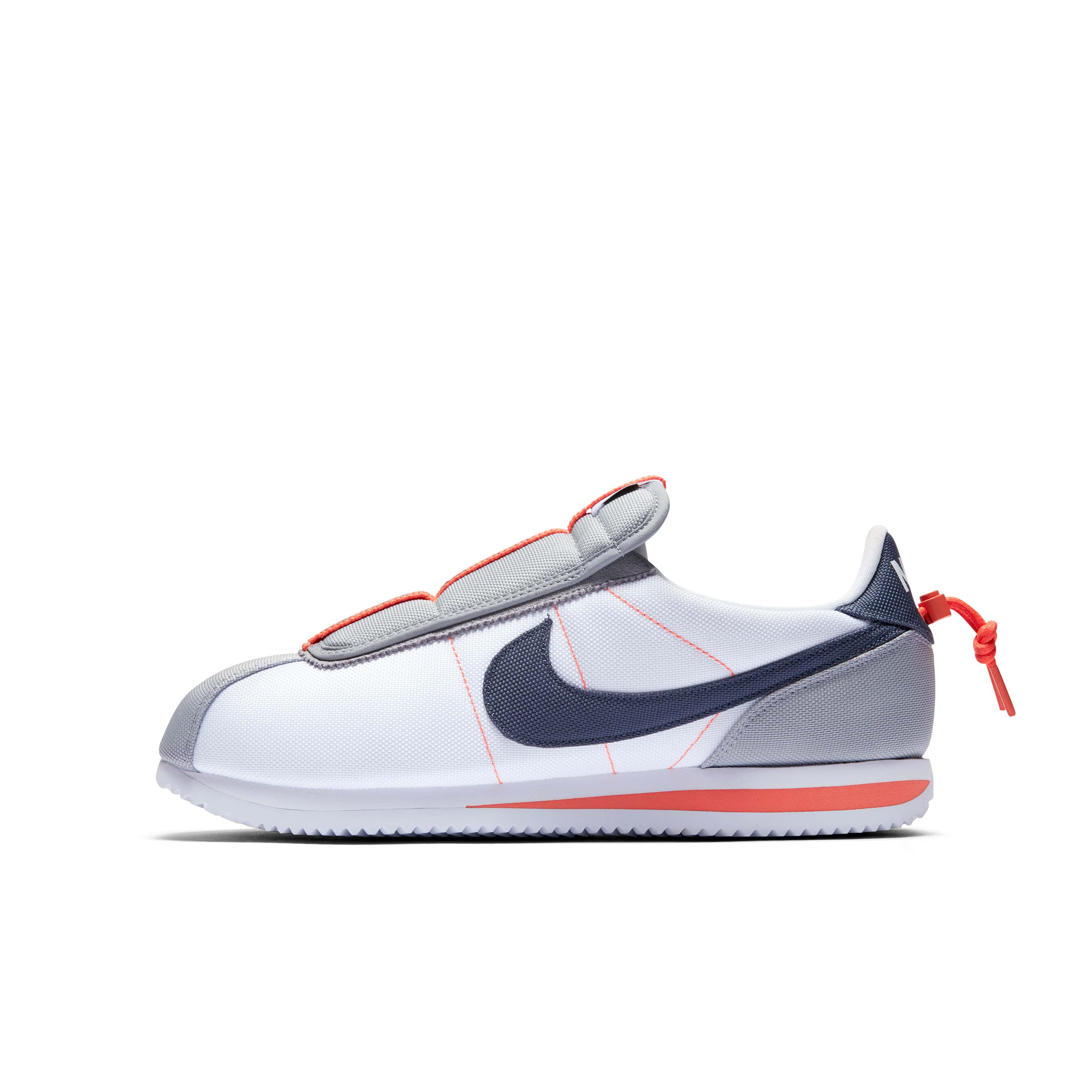