NIKE'S first collaborative project with Fear of God founder and creative director Jerry Lorenzo is highlighted by an court-ready basketball shoe, the Nike Air Fear of God 1. During the last few weeks, glimpses of the design—which incorporates a double-height Zoom Air heel unit—came through a preview of Lorenzo’s latest Fear of God offering and then appeared on the feet of NBA stars. The rollout is tactical, all part of Lorenzo’s desire to focus on the emotional element of sport.

“It is a shoe that should only be judged by the emotion it gives the kid when he first sees it—however it makes him feel,” says the Los Angeles-based designer. “We live in a day and age when images are leaked left and right, and products are leaked without consideration and emotional attachments. I’m aiming to give a visceral experience whether the kid sees it first on Ben Simmons coming into the arena or worn by his favorite athletes on court.” 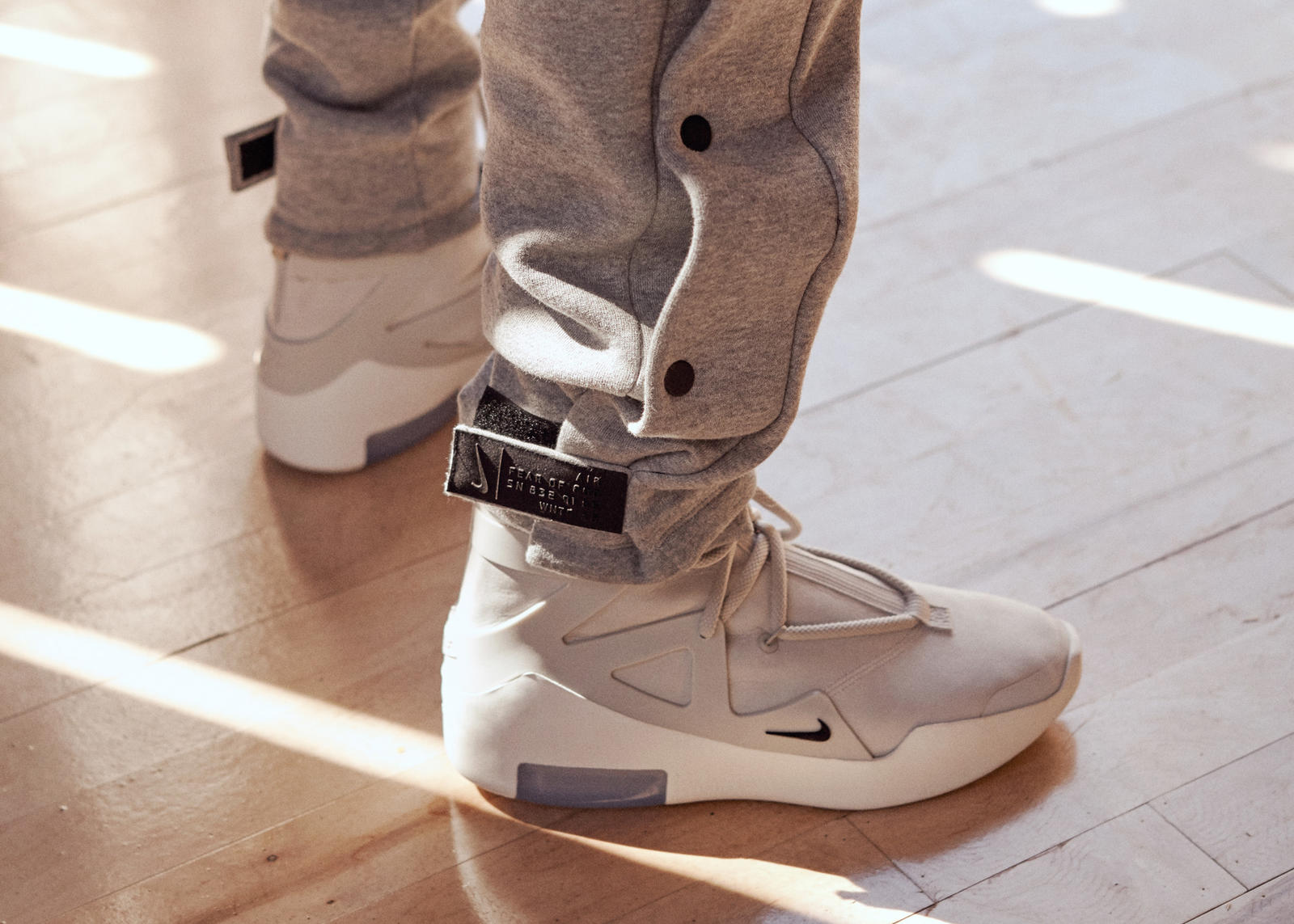 Lorenzo wants to tap into a certain element of nostalgia. Not so much about what was worn, but how it was worn. He wants to awaken a spirit he deems dormant, to remind of the power sport once had in defining style.

“In my youth...growing up in the ’80s and finishing high school in the ’90s, contrary to what's happening now, it was our superstar athletes and our pro athletes that were informing the way that we wore our street clothes,” he says. “These athletes, like Agassi and Jordan, were at the top of their game and what they wore didn’t compromise on design or beauty.”

Working with Leo Chang, Senior Footwear Design Director, Nike Basketball, on the Nike Air Fear of God footwear allowed Lorenzo to balance his aesthetic vision and performance aspiration. Says Lorenzo of Chang, “He’s someone with a phenomenal desire, who understands innovation and performance at a high level. He’s also patient and open to not only a new designer but a new design process.” This meant a lot of patience on both sides, Lorenzo says. “In order to create a product that doesn't compromise style or innovation, you can’t make concessions to process.”

“This is for all the kids coming up in small cities with big-city dreams,” Lorenzo concludes. “It’s about what he feels he should have, not what he thinks he should have based on what society's telling him.”

The Nike Air Fear of God collection releases December 15. Philippine release will be in Spring of 2019.

This story orginally appeared on FHM.com.ph.