ANDREW Wiggins’ new signature kicks has arrived in the Philippines.

Adidas Basketball on Wednesday announced the newest model in its lineup of hoops footwear, the Crazy Explosive, its first full-length Boost mid-top model.

As its name implies, the new shoe is “built for players with explosive moves that play above the rim” and will complement the game of the young Minnesota Timberwolves star, whose team colors will be one of the first colorways released in stores.

“Adidas came to me with a shoe to make me more explosive on the court. When I tried this shoe for the first time, I really felt the difference when attacking the basket,” said Wiggins. “And we all care about style. You haven’t seen adidas shoes like this before, these shoes are dope.”

The mid-top silhouette has several performance features, topped off by a heel to toe Boost cushioning system in midsole. The Primeknit upper offers breathability, fit and durability. There is a full-length infinity-shaped torsion plate for stability.

Also in the design is what adidas calls an “Energy Enhancing Roll Cage” a lateral TPU roll cage that provides forefront stability. An entirely new traction pattern based upon reaction-diffusion provides grip and stability on the court.

For foot lockdown and comfort, the Crazy Explosive is designed with dynamic lacing and an internal bootie construction with GEOFIT foam along the tongue.

With its shape and striking colorways, the Crazy Explosive was designed to look different from conventional basketball shoes.

“We designed Crazy Explosive to stand out from every other basketball shoe ever released, so when I saw the initial response on social media by fans and media, I knew that we accomplished our goal,” said Jesse Rademacher, design director, adidas Basketball. 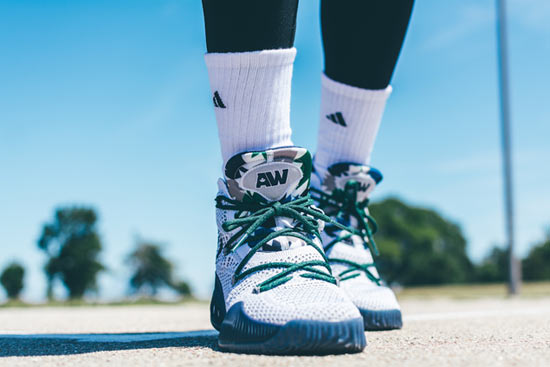 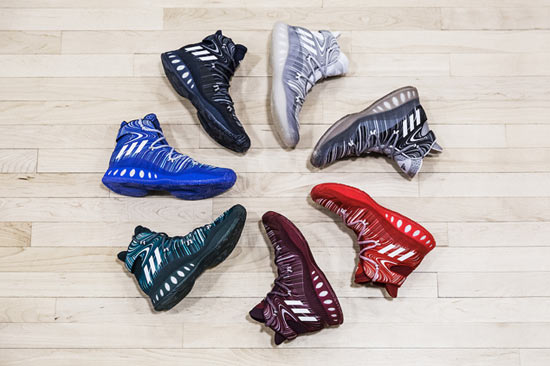