SNEAKPEEK unveiled the limited edition ASICS Gel Kayano x Packer Shoes Saturday at Shangri-La Plaza Mall where 46 of just 600 pairs made were exclusively released in the country, a move that's considered a nod to the thriving sneakerhead scene in the Philippines.

Through the 12th installment of SneakPeek Unlocked, a series of SneakPeek-sponsored product launches that celebrate the most stellar and exclusive shoe debuts, brand manager Mikki Quilala told SPIN.ph of the recognition the country has in having its share of the rare limited edition running shoe classic, and that there's more to come for local shoe collectors.

“This is the first leg of many ASICS releases for this year,” Quilala said.

Launched in 2013, SneakPeek styles itself as a premium lifestyle and heritage shoe shop that addresses the clamor for the most coveted sneaker collaborations and rarest limited edition footwear from sneaker fanatics.

Choosing understatement over hype, SneakPeek came up with their SneakPeek Unlocked series starting in April last year, where the store schedules one exclusive drop at a time each for hard-to-find and limited edition sneakers from the likes of Nike, adidas, Saucony and New Balance.

The ASICS Gel Kayano, now in its 18th iteration, began in 1993 as the Kayano Trainer. Named after its designer who still remains a vital part of the Asics design team, the Kayano Trainer entered the market as a flagship shoe for the “serious high-mileage runner,” a role it still holds nearly two decades later.

The original Kayano utilized the tech of the day—skeletal logo stripes for support, and the visible Theta Gel in the heel and porous P-Gel in the forefoot for needed cushioning. The upper was mesh with Coolmax reinforced by synthetic suede.

Michael Packer, the man responsible for the colorway, has sneaker DNA in his veins. A member of a family that has been running the Packers Shoe store since 1907, Michael has witnessed first hand the evolution of styles, trends, and brands.

When Packer decided to make his own mark back in 2014, he embarked on collaborations with the likes of adidas, New Balance, Reebok, ASICS, and Fila – with his unique color combinations and smart material choices garnering praise and acclaim from sneaker savants.

The ASICS Gel Kayano x Packer is another bold step, since all-red sneakers could be a hit-or-miss proposition for sneaker purists. The 'Triple Red' features a lush suede build, embossed tonal branding and synthetic caging. 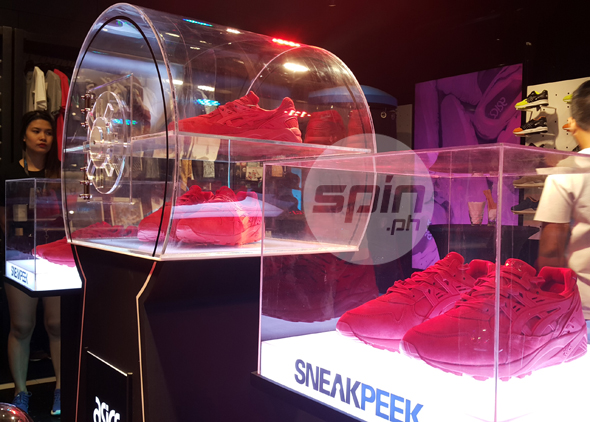 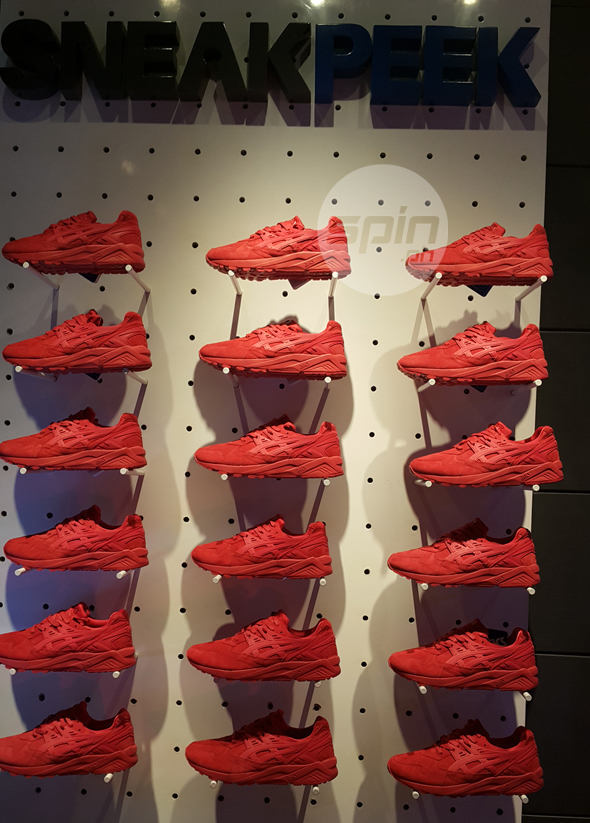