Duane A. Lawrence, design director for ANTA, shared how involved the Golden State Warriors shooter was in the creation in the latest of his shoe line as the company tried its best to honor one of the greatest shooters in NBA history.

"It's been a cool journey to sit down with Klay and coach him up on how signature shoes process goes," he said during the intimate local press launch for the shoe at the Chairman’s Lounge of Okada Manila this past Monday. 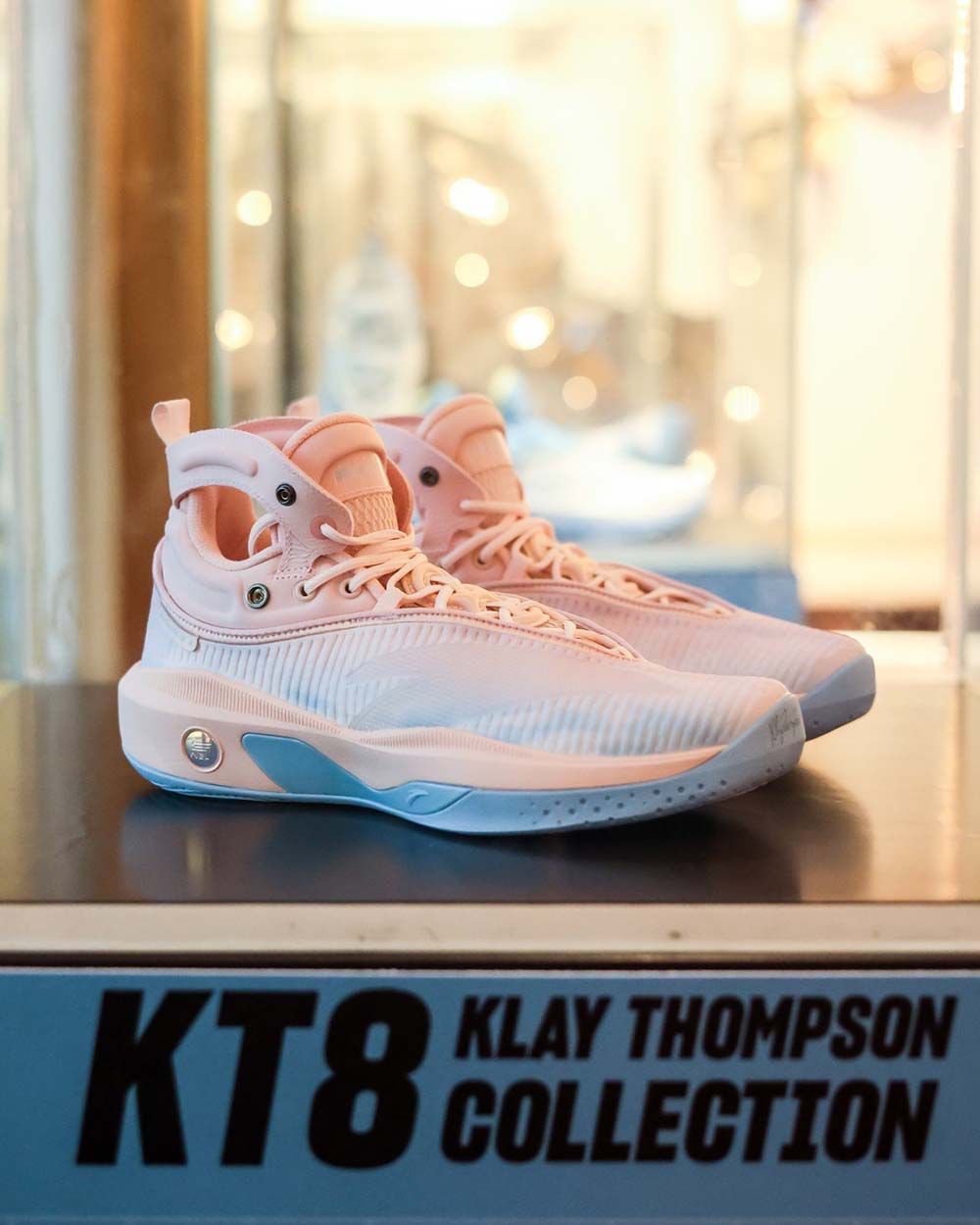 "He's great to work with, he's a class act, and he understands how important he is to the process. He's always willing to listen. I don't expect him to just give me the answers and I have to read between the lines of his personality and who he was as a teammate. He's seen the details and he's seen how he can impact the process. Klay's personality is super easy going, he's a joy to be around, playful, and it's a good process so far."

'Simple, clean': What to expect from the ANTA KT8

Lawrence was particular with the details ANTA put in the KT8, all while keeping the focus on Thompson's penchant for simple, clean shoes.

"I just observed his personality and the things he says, how his father's career was and what it means to him. It all becomes a detail on his shoe," he said. 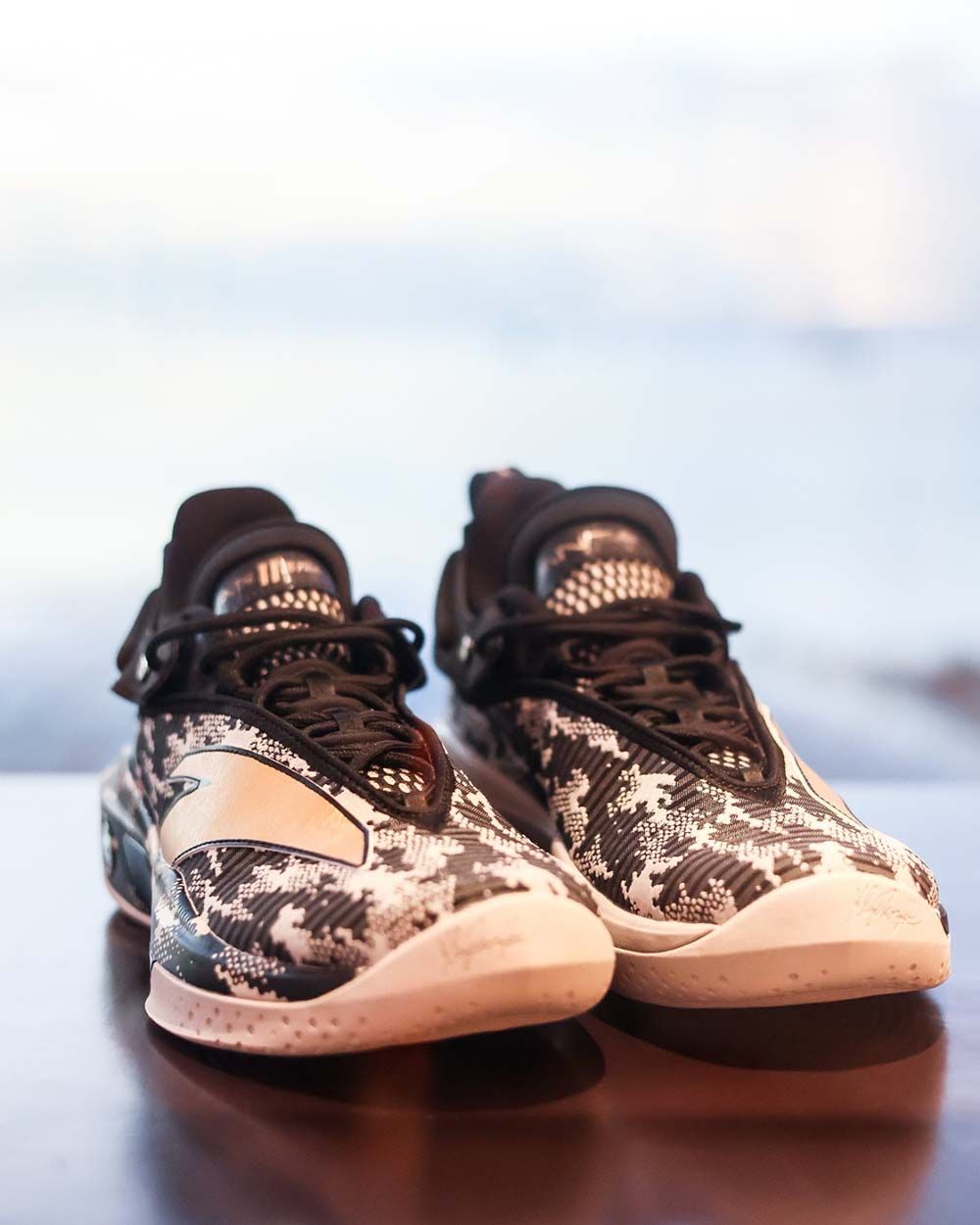 These details include the "1987-88" on the left heel, referring to the years that Klay's father Mychal won back-to-back NBA crowns with the Los Angeles Lakers, and "2017-18" on the right, which were the years when Klay's Golden State Warriors scored a repeat.

"They're the only father and son duo to win back-to-back championships and it's exactly 30 years apart," said Lawrence. 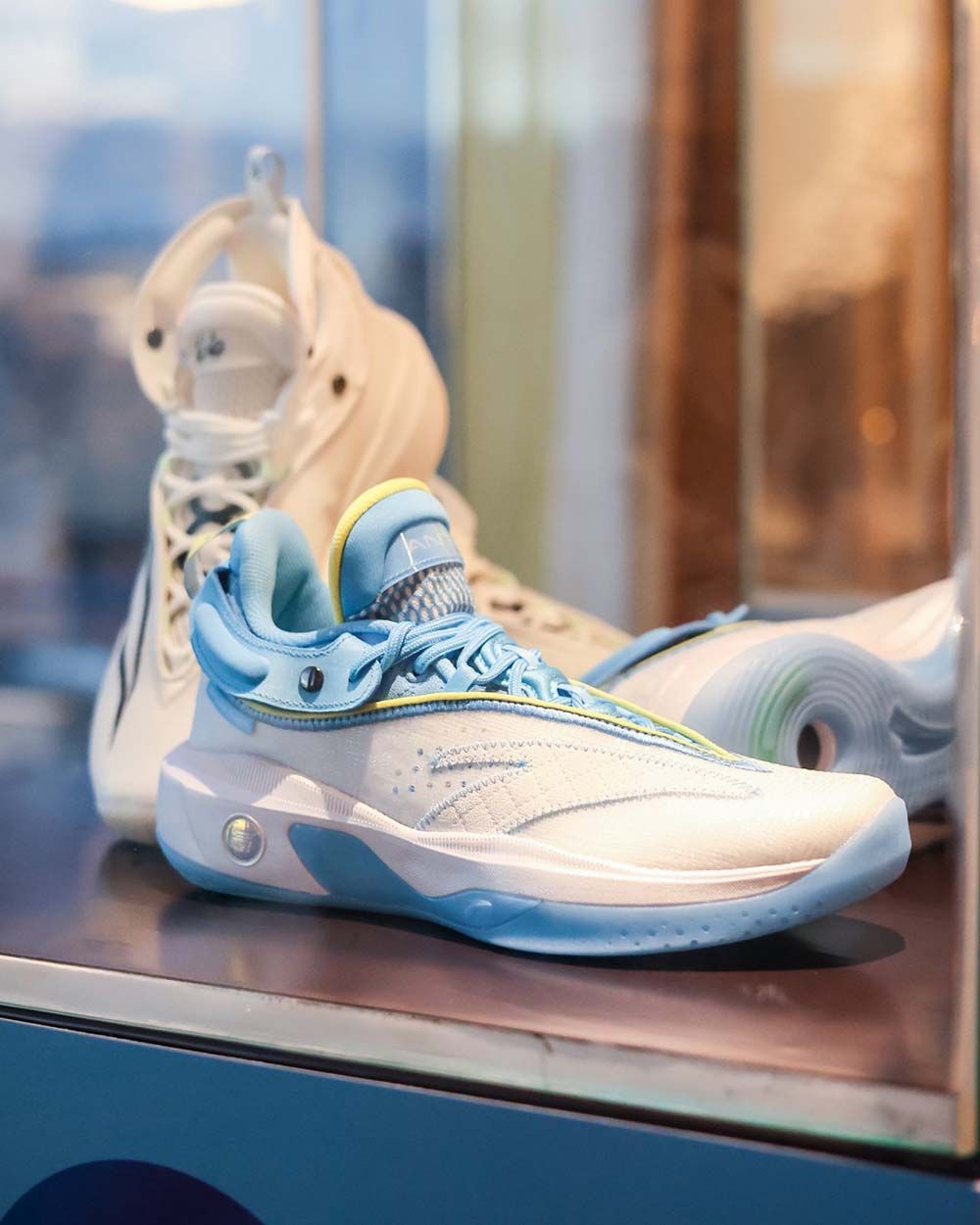 The pull tabs also have the words "Golden Silence" — a nod to the time Thompson spent in recovery for his ACL injury. "Onward Together", meanwhile, is from the Bahamanian coat of arms, and an ode to Mychal and his relatives from the Bahamas.

Aside from the aesthetics, KT8 are also the first shoes with an adjustable ankle collar — one that Thompson was torn on having as he wanted to switch from a low-top to a mid and back again. "He wanted more mobility," said Lawrence.

The KT8 also has 3D Flow, its three-axis integration, which makes the pair more stable than ever before. The shoe’s X-axis provides lateral containment and torsion control provided by A-Flashedge technology, while the KT8’s carbon fiber suspension in the Y-axis helps with forward propulsion and liftoff. 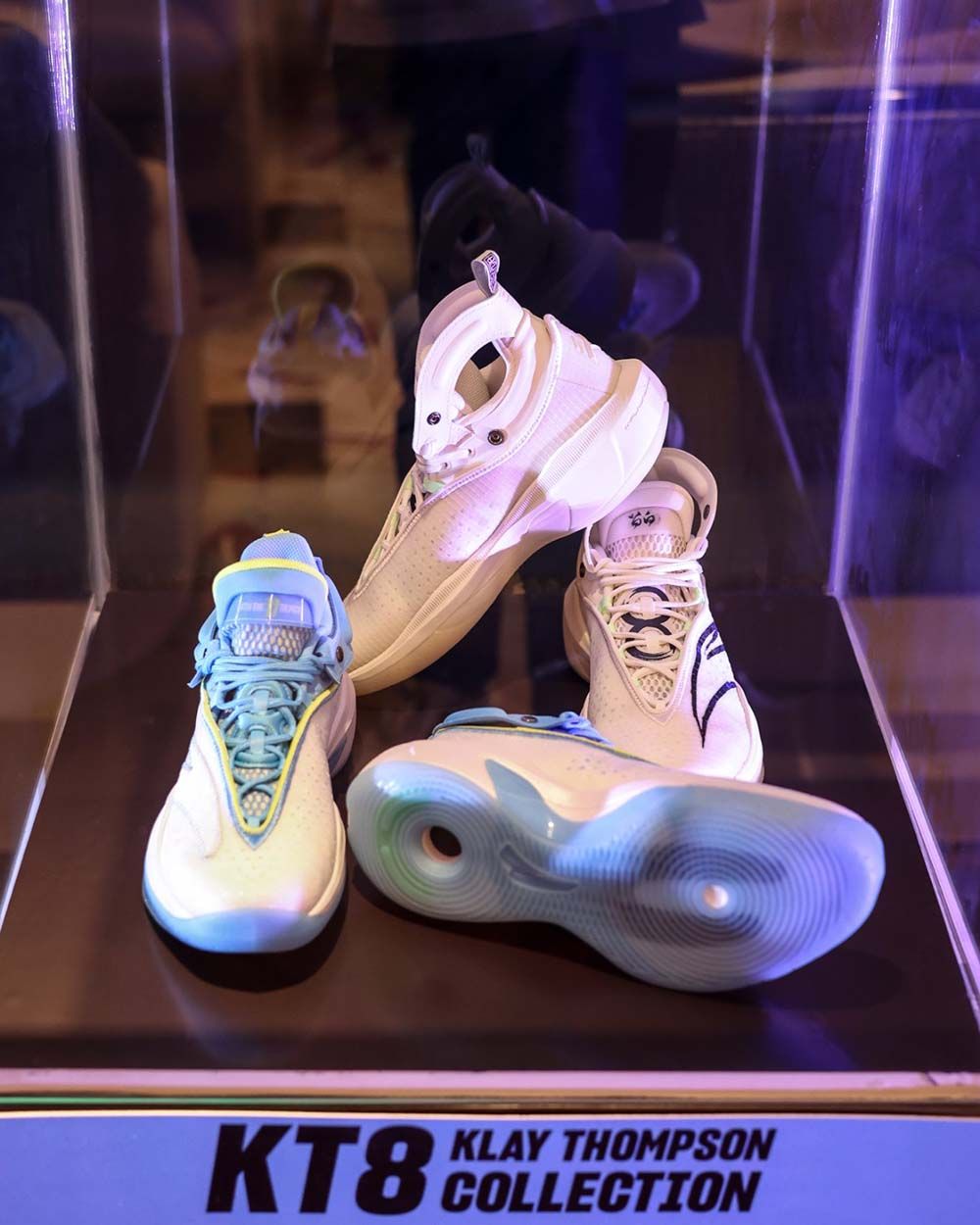 Full-length ANTA Nitroedge in the midsole and Smart S.A.M. technology in the heel make up the Z-axis, and str responsible for cushioning, shock absorption and energy return. Compared to its predecessor, the KT8 has an 18 percent reduction in weight, 82.6 percent rebound rate, and a 57.5 percent durability rate to provide multi-directional stability.