A FEW days before the official drop of the very rare Air Jordan IV Retro ‘Manila,’ eagle-eyed netizens already allegedly spotted the limited edition shoe on the feet of a local baller.

“Blessed to be one of the first to rock the Jordan IV Retro Manila,” the NLEX guard wrote in his caption as he posed in front of the soon-to-be-opened Jordan Store Manila.

“This will be available to the public in a few days,” he explained.

It’s this last bit that became a sticking point for at least one netizen.

Screenshots posted by Sneaker Plant showed a Facebook user calling out Kiefer Ravena for already wearing the AJ4s that will launch in time for the December 3 opening of the Jordan Store Manila. 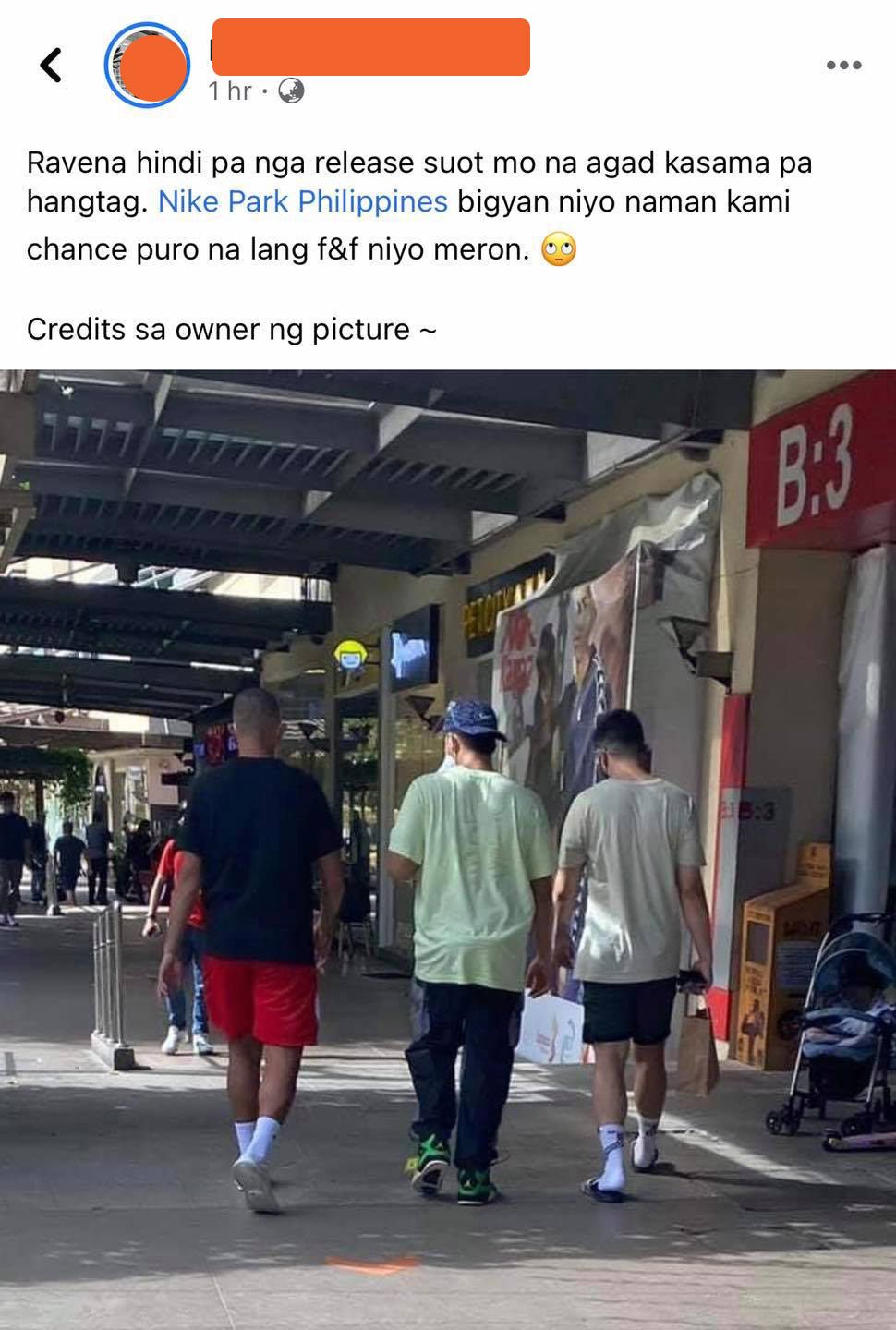 The original post has been deleted, so we have no way of verifying if it was really Kiefer Ravena who responded.

But the comments on Kiefer’s Instagram post seem to allude to the incident, with followers laughingly saying that his shoes were now the viral talk of the town. Even his brother Thirdy chimed in, saying, “Pag inggit, pikit.”

The Air Jordan IV Retro ‘Manila’ seems destined to become a collector’s grail, with only 150 pairs going up on sale. When global sneaker site Nice Kicks posted about it, a fan commented, “Why you even bother to report this when there is only 150 pairs.”

Another said: “I guarantee you some guy is gonna fly out to Manila to get a pair.” A commenter’s humorous reply? “[Y]ea bro it’s going to be PJ Tucker.”

The Air Jordan IV Retro 'Manila' will be launching in time for the December 3 opening of the Jordan Store Manila, the brand's first ever standalone establishment in the region.

Pair 23 will be on display inside the store.