Why the D.O.N. Issue #3 ‘Origin Story’ colorway is so intentionally loud

THERE’S ONE subtle detail you won’t immediately notice when you wear the D.O.N. Issue #3 “Origin Story” colorway. In a shoe that’s all but screaming with eye-popping colors and raucous patterns, this small element nearly gets drowned out, but it still speaks volumes about the thought that came with designing the shoe.

The phrase “determination over negativity” (the mantra of Utah guard Donovan Mitchell, and the origin of the D.O.N. name) is printed on an elastic band over the pair’s bright orange laces. The thing, it’s printed the wrong way around — that is, you can only read it properly if you’re looking at the shoe from the heel… or if you’re actually wearing the shoe.

“I wanted [this motto] to face the wearer so, if you’re in a game or you’re in a gym and working out hard, and you’re getting tired, you look down on your sneakers and [that phrase] is a reminder to yourself that that’s what matters,” said Jappy Agoncillo, a Pinoy street artist who designed the “Origin Story.”

The awareness of the shoe as a tangible, worn object was both the best and worst part about designing the shoe. Agoncillo is more known as a muralist, splashing large and colorful comic book-inspired art on walls, so the idea of a sneaker as a canvas was something very new to him.

“Instead of drawing something that’s flat, [where] you look at it from one angle and that’s it, it’s really, how do I make this look good in all these other dimensions?” Agoncillo told Spin.ph at a press roundtable during the launch of the D.O.N. Issue #3 “Origin Story.”

That’s also the reason why this colorway is so brashly, unapologetically loud — even for a sneaker silhouette that has never been known for subtlety. Simply put, the artist wanted the shoe to stand out. 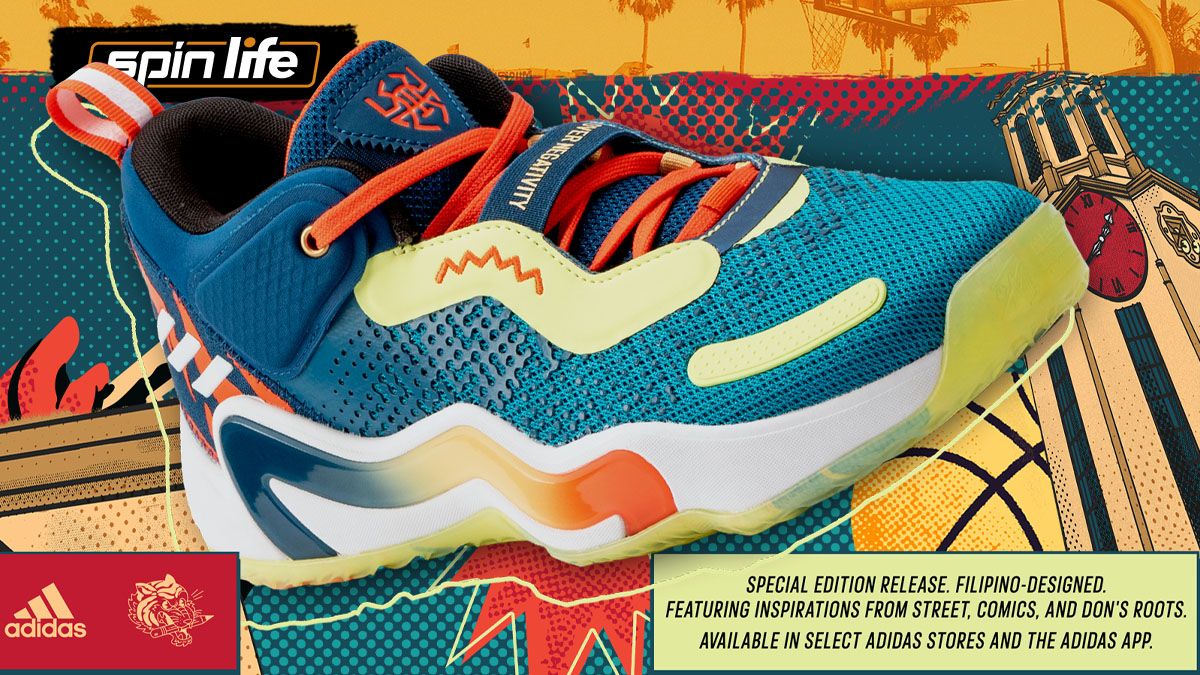 “When I designed it, part of the design was also: How would it look on a basketball player’s feet, especially in a game?” he explained.

“It’s chaos, everyone’s running around, clock’s ticking, you’re taking photos, and I wanted the shoe to stand out. Part of the decision I made with the shoes was that I wanted it to be spottable from the nosebleeds of the arena. That’s why I made it have bright accents and white midsole and all that.”

Even so, the final product is already a toned-out version of some of the wilder ideas that Jappy Agoncillo originally sketched out.

“It got a little too loud sometimes,” he admitted to reporters with a smile. Still, the edits made over the course of the year-long process made it, in the end, a better shoe. “Less is more.”