WHO says you can’t lose weight while still regularly enjoying a drink or two?

Former San Beda grade school football varsity player and current businessman TJ Manalaysay is one of those enjoying the best of both worlds.

The weight he lost is no joke. Manalaysay has already shed nearly 100 pounds since he started his weight-loss journey almost a year ago. Luckily, he never even had to give up alchohol.

A low-carbohydrate OMAD, or “one-meal-a-day” type of intermittent fasting.

He never thought he would need to go on diet a few years ago, when he was still frequently playing pickup basketball. He even looked reed-thin in his college days.

But stress from running the family funeral parlor caused the happy-go-lucky Manalaysay to overindulge, turning more to booze and gambling as he ballooned to as heavy as 258 pounds in the middle of last year.

Then came the turning point.

But it was definitely no laughing matter then.

So he turned serious and, with the help of a friend, came across a social media group that preached about an emerging diet trend that limits you to just one hour of eating a day ⁠— chowing down a meal composed mainly of protein and healthy fat, with no rice, pasta, bread, or other forms of carbs. 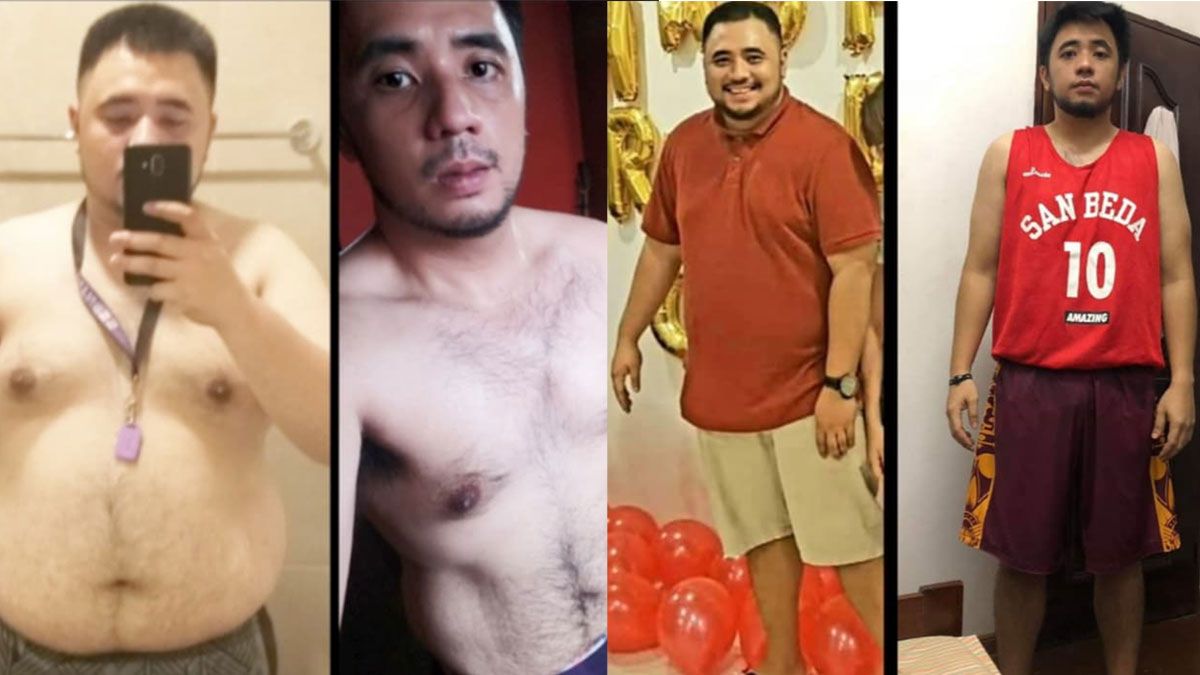 Adding boxing and strength training to his routine and making a basketball comeback, Manalaysay has impressively trimmed down to less than 170 lbs.

He still can’t live without alcohol, of course ⁠— and he even has the luxury to drink three times a week. The key, he shared, is to stick to hard liquors ⁠— vodka and whiskey ⁠— and abstain from carb-heavy beer to maintain his lean figure.

Looking back, Manalaysay has no regrets about his depressing experience. It was probably the push he needed to regain control of his life.

And that’s what he would tell others who are also eager to start their own quest, but are looking for a push from outside sources.